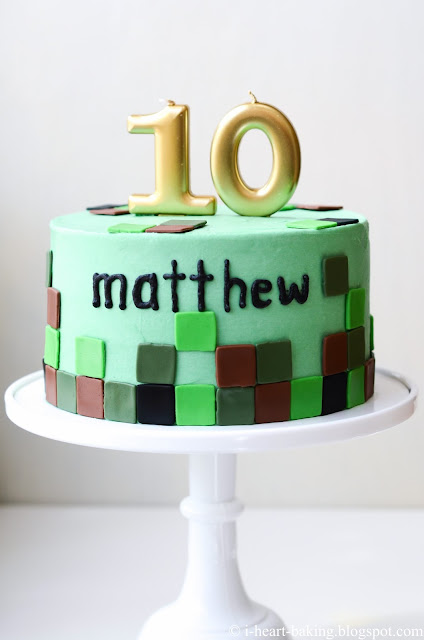 Well I make his birthday cake every year, and this year he wanted a Minecraft cake. He's obsessed with Minecraft! So we decided to have a Minecraft party. He invited a few of his best friends over and played Minecraft all day (among other video games), and we had a make-your-own burger station, and we had Minecraft birthday cake. Very chill and very fun! 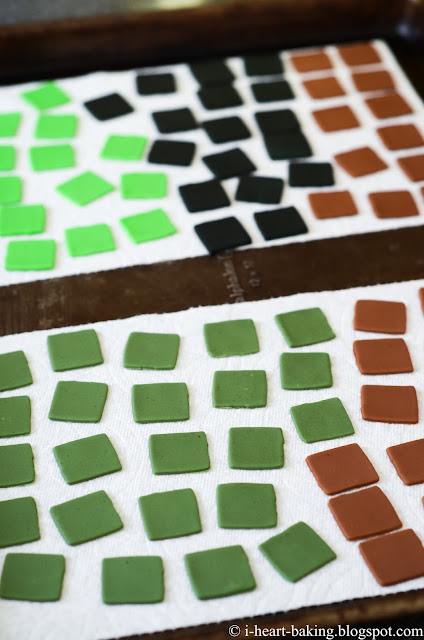 A few days before the party, I prepped some fondant minecraft squares that I was going to decorate the cake with. I used regular white fondant and tinted it several colors (bright green, army green, brown, and black). Then I rolled it out and used a small square cutter to cut out little squares. (You could also use a ruler and a knife or a pizza cutter to get even squares). 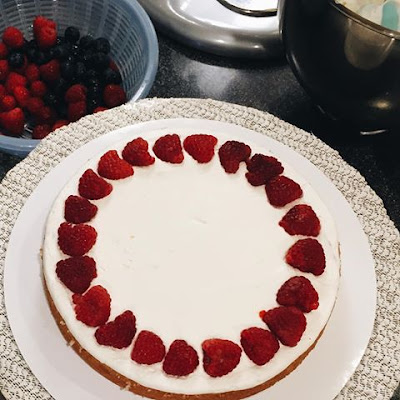 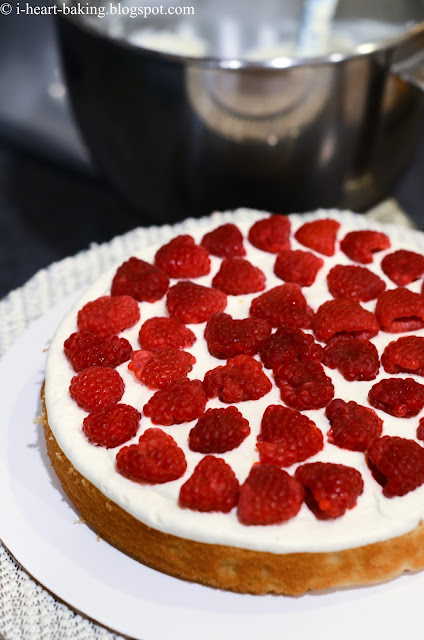 For the cake itself, he wanted vanilla and filled with whipped cream and fresh berries. So I did a combo of raspberries and blueberries (although I forgot to take a picture of the blueberry layer!), nestled in whipped cream, in between layers of homemade vanilla cake (baked in two 8-inch cake pans, and sliced in half horizontally to give me four cake layers - you can find my favorite vanilla cake recipe in my book, The Hello Kitty Baking Book!). 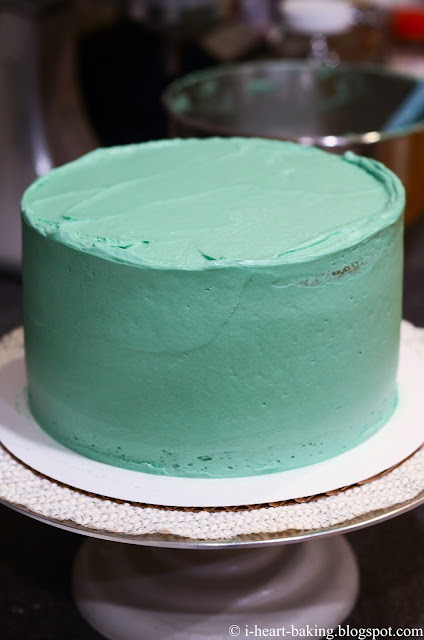 Then I whipped up a batch of buttercream frosting, tinted it green, and covered the cake in two coats of frosting. First a crumb coat, which I let chill in the fridge for 30 minutes, and then a second final coat, which I smoothed out with a long metal spatula. Then I put the cake back in the fridge overnight.

The next morning, I used black icing to pipe his name on the side of the cake. 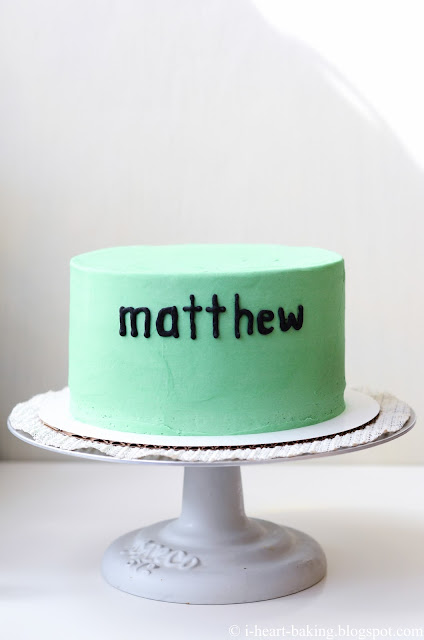 Afterwards, I attached my pre-made fondant squares, which were supposed to look like the pixels in the Minecraft game. Just a tiny bit of frosting on the back of each square help to hold them in place. 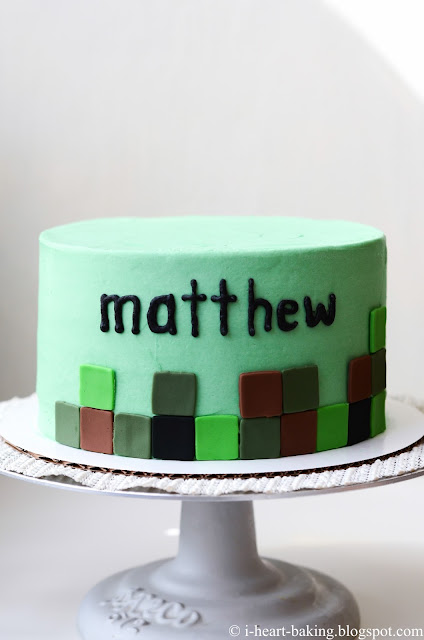 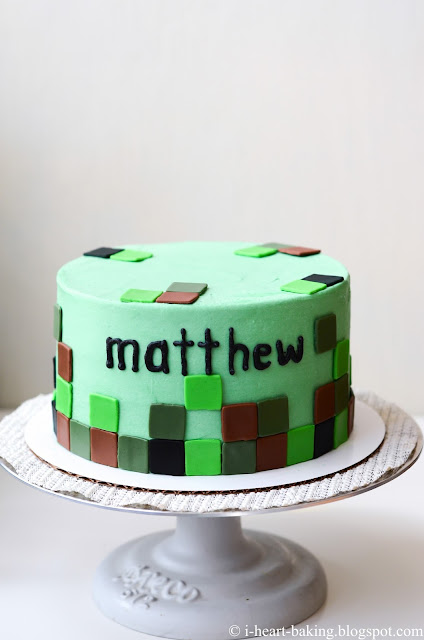 I added a few squares to the top of the cake as well. 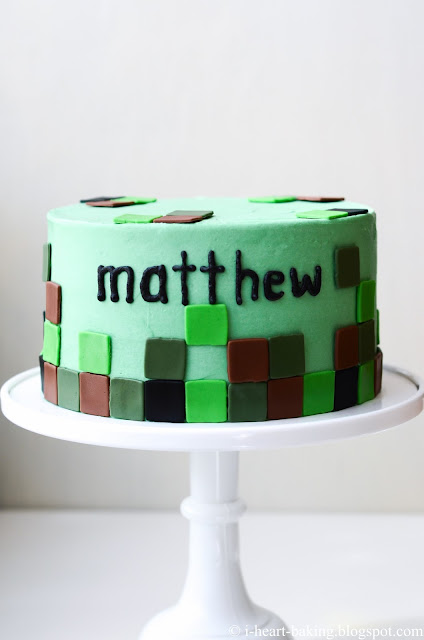 The final touch was adding gold number candles (which I found at Party City, and saved me the trouble of making a gold "10" out of fondant, which I was fully prepared to do until I found these candles!) 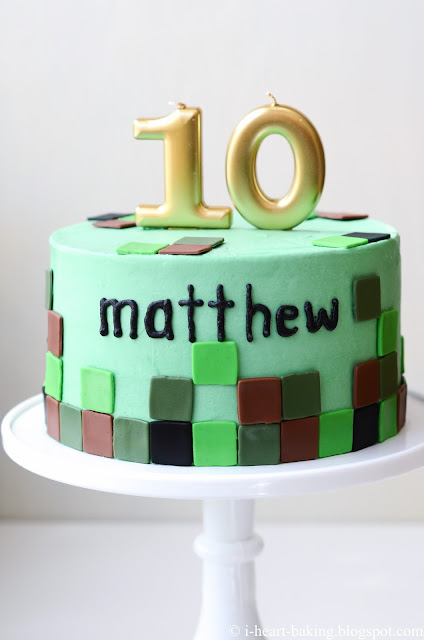 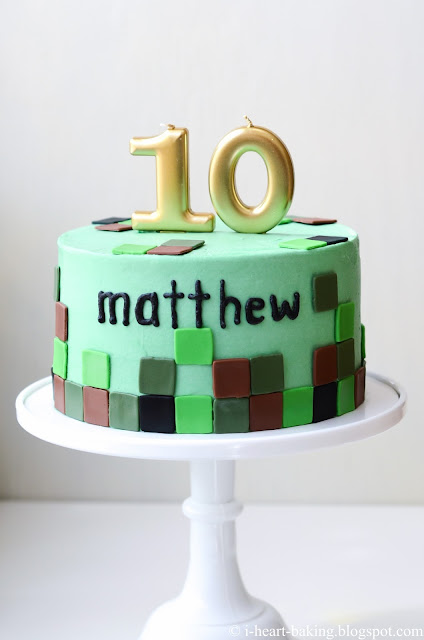 And then it was done! Minecraft cake! 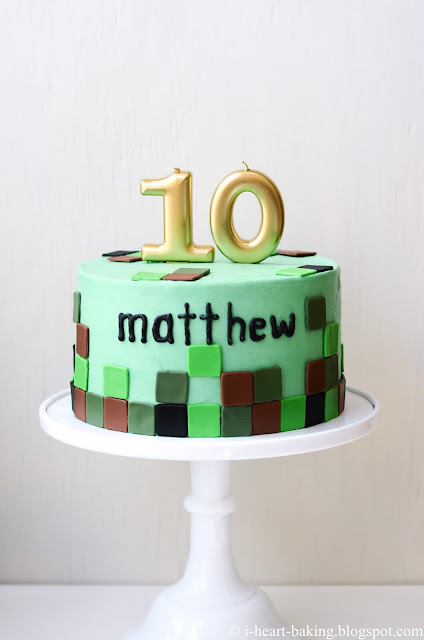 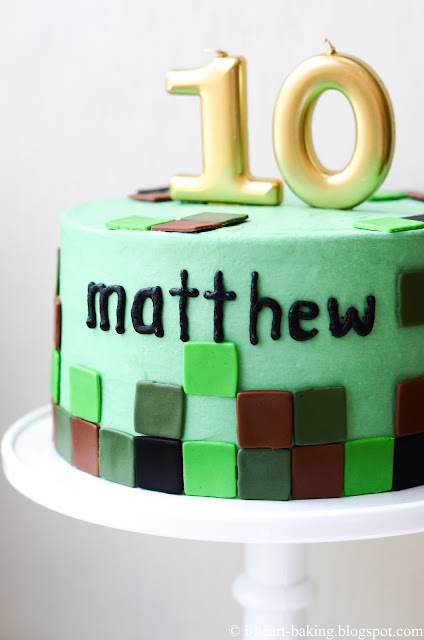 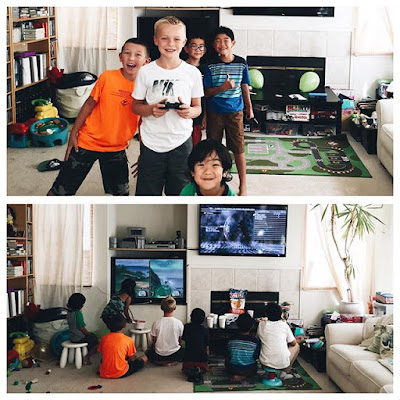 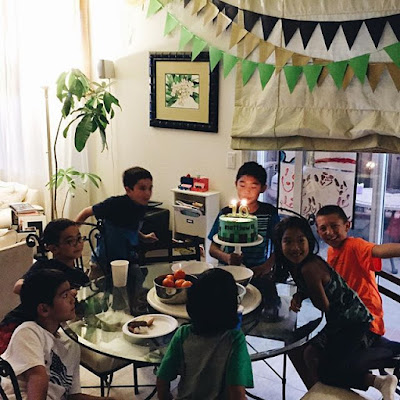 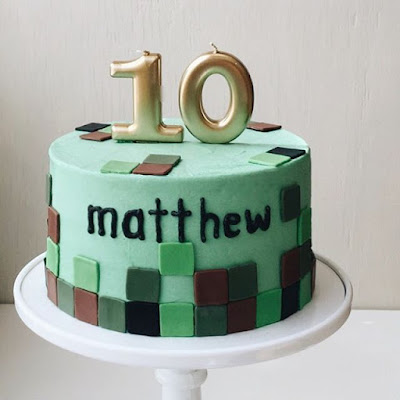