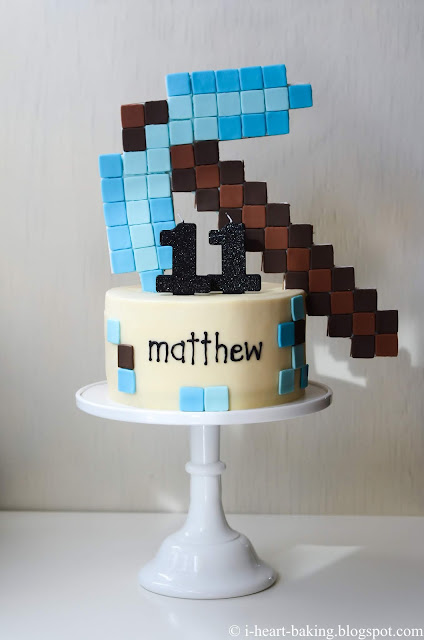 Oh man. I'm so behind. I made this cake a year ago, for my oldest son Matthew's 11th birthday. And here we are, one year later, and he just turned 12! 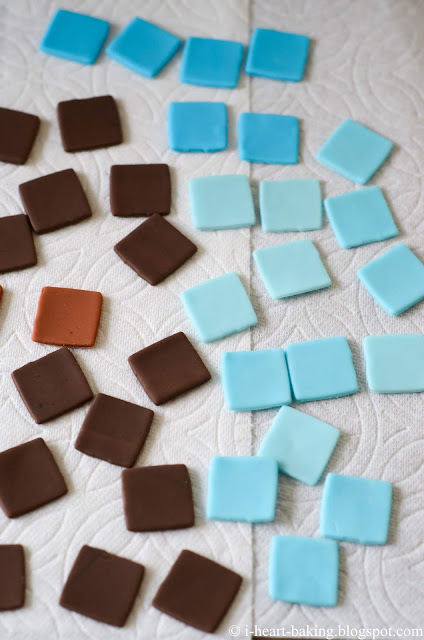 He had requested another minecraft cake. But this time he wanted a giant Minecraft diamond pickaxe topper. I guess they use them to mine diamonds in the game? Anyway he showed me a picture of what he wanted, so I made it for him, out of various colored fondant squares that I had cut out one by one with a mini square cookie cutter. 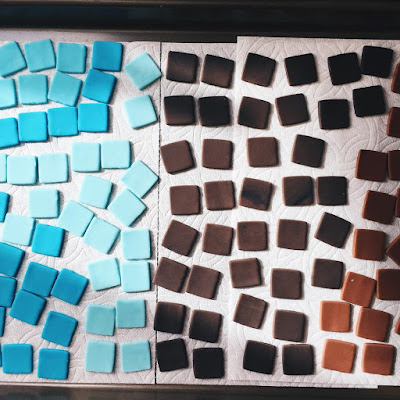 And then when I assembled the topper, I realized that I had made it waaaaaay too big. Ooops! 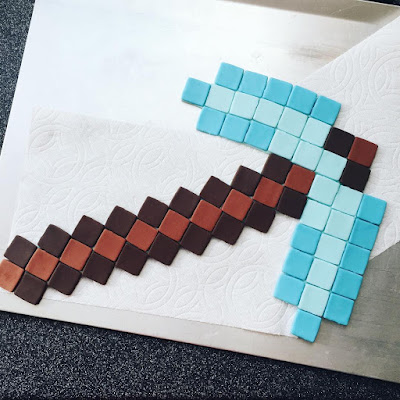 For the cake, he had requested vanilla cake filled with whipped cream and STRAWBERRY JELLO. Hmm. Interesting combination, no?

To get started, I whipped up two batches of my favorite vanilla cake (you can find the recipe in my book, The Hello Kitty Baking Book!) and baked them in two 8-inch round cake pans. Once cooled, I sliced them in half horizontally to give me four cake layers. And then I filled them with freshly whipped cream. 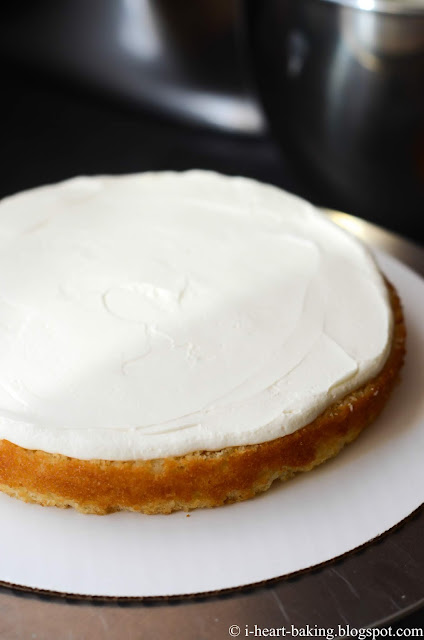 And the Jello. I had made the Jello layer in advance, by chilling the prepared Jello in two 8-inch cake pans that I had sprayed with nonstick cooking spray so that I would come out easily. I did have a few cracks in the Jello while I attempted to place the layer on the whipped cream, but it was mostly in one piece. 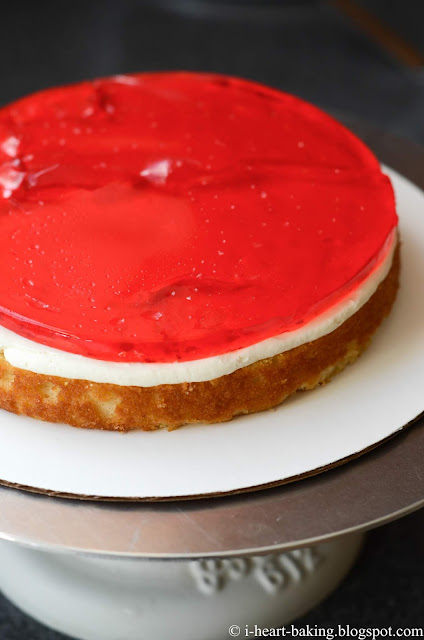 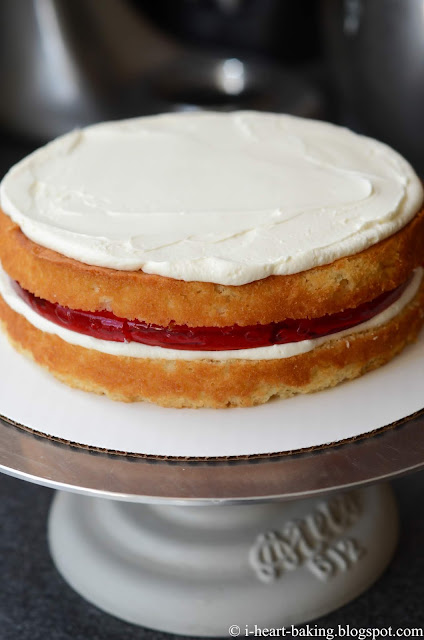 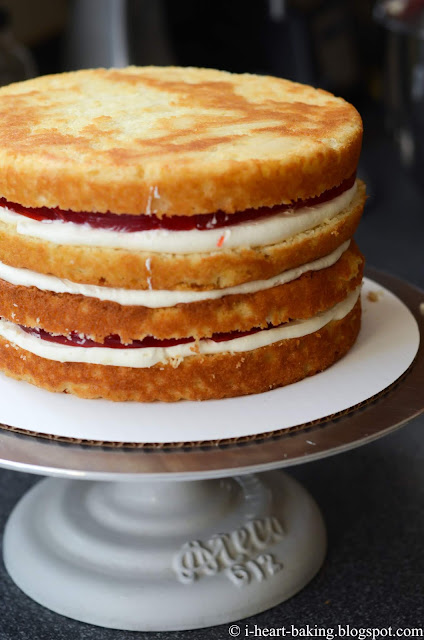 After assembling the cake (four cake layers, three layers of whipped cream, and two layers of Jello), I covered the tops and sides with swiss meringue frosting (recipe also in my book!). I usually do a quick crumb coat, let it set in the fridge, and then do a final coat, which I then smooth out with an offset spatula. Then I put everything in the fridge to set overnight. 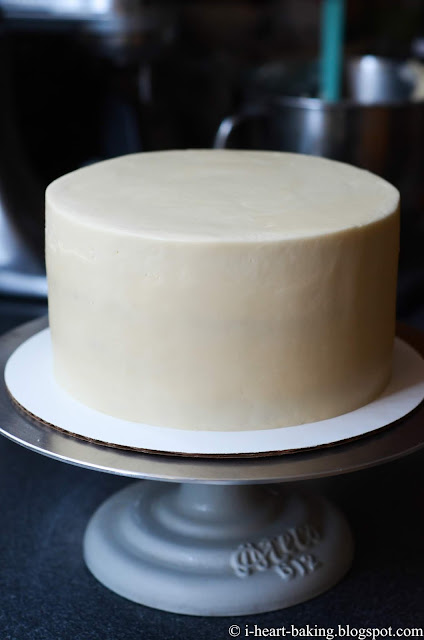 The next morning, I was ready to decorate! First I piped his name in the middle of the cake, and then I added a few of the fondant squares that I had made previously. Just to give the cake a bit of a pixelated look. 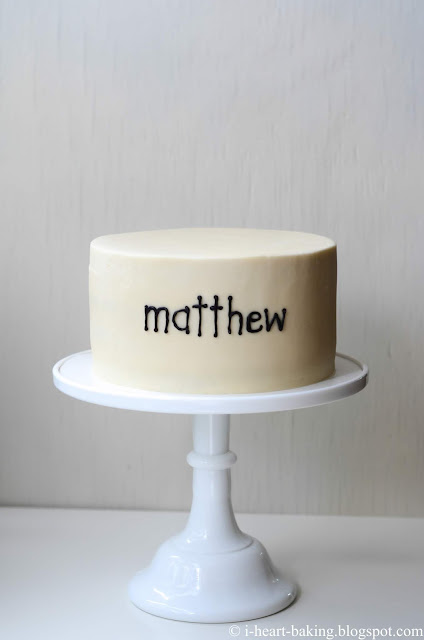 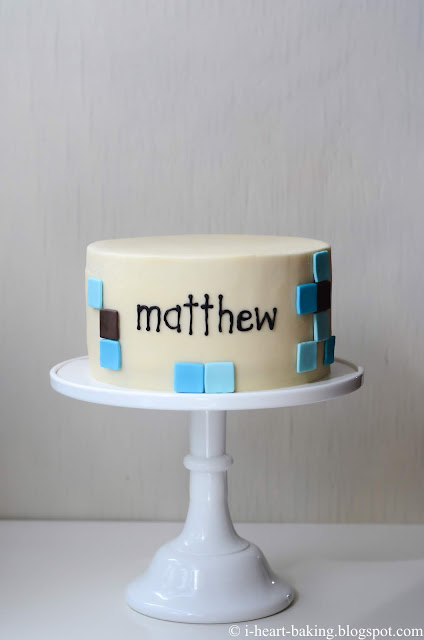 Next came the number candles (which I had bought from Party City, I believe). 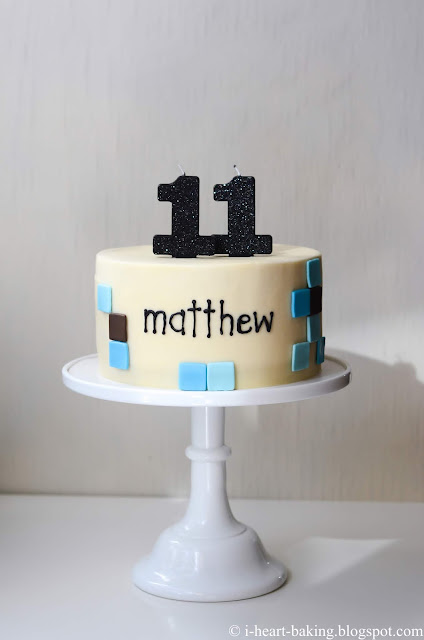 And then came the topper! I really did make this way to big. And truth be told, it kept falling off the cake, it was just too big and heavy! 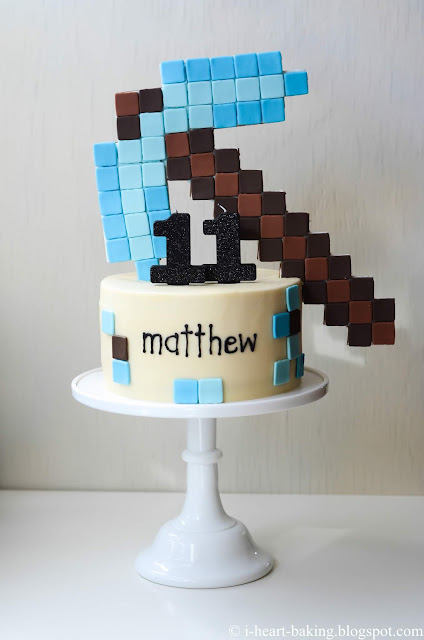 In the end, I got mixed reviews on the jello / whipped cream / cake combination, but the birthday boy loved it so that's all that matters! 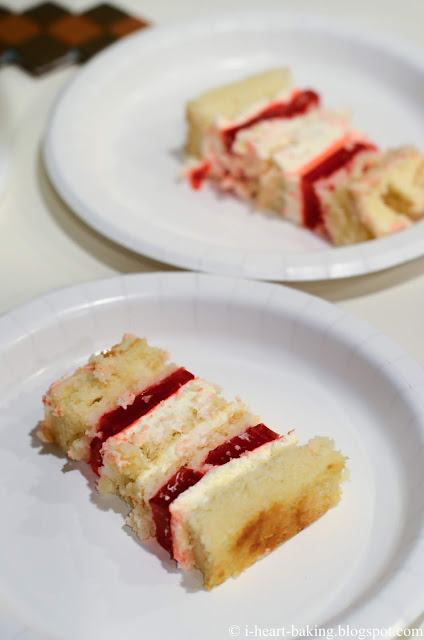 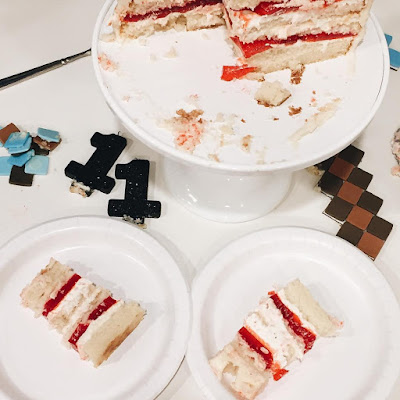 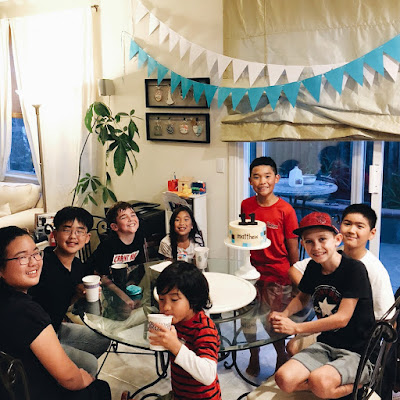 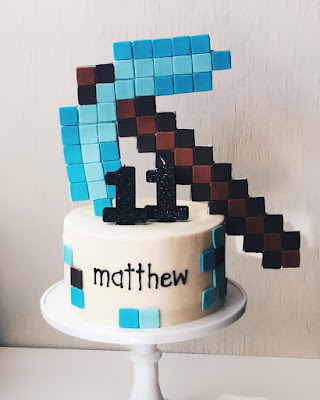