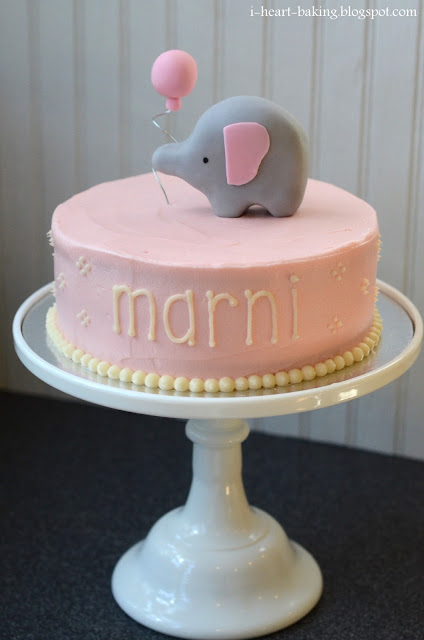 My good friend Helen just had a baby girl this month, and had asked me to make a cake for her pink and white baby shower a couple of months ago (which is also featured this month on the  Hostess With The Mostess blog!).  I had happened to see a cake that she had pinned on her Pinterest board, and I quickly realized that I had already seen this cake before on Hello Naomi's blog, while drooling over her gorgeous cake creations!  What better inspiration to model my cake after!  So I decided to replicate the adorable fondant elephant, but I wanted to do the cake covered in cream cheese buttercream instead of fondant. 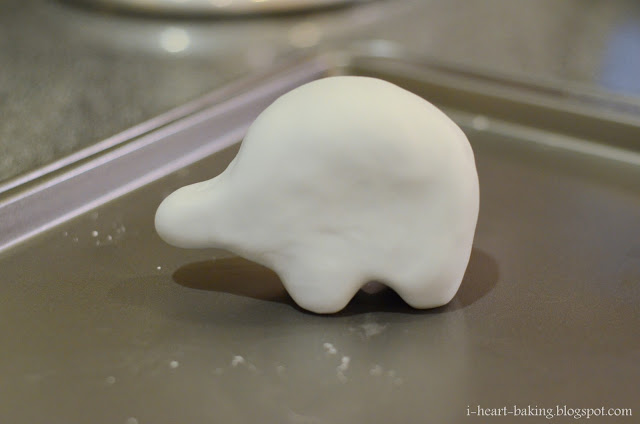 I started by making my fondant elephant almost a week before the baby shower, in order to give it time to fully dry.  At first I tried molding the elephant body and then attaching the trunk and legs, but I couldn't get it to look smooth.  So I ended up molding the entire elephant out of one piece of fondant.  Then I rolled, cut, and attached pink elephant ears on either side, and used an edible Foodwriter pen to draw on the eyes.  For the balloon, I shaped it out of pink fondant, and then formed floral wire into a spiral and stuck it into the bottom of the balloon while the fondant was still moist.  Then I let both the elephant and the balloon dry for the rest of the week. 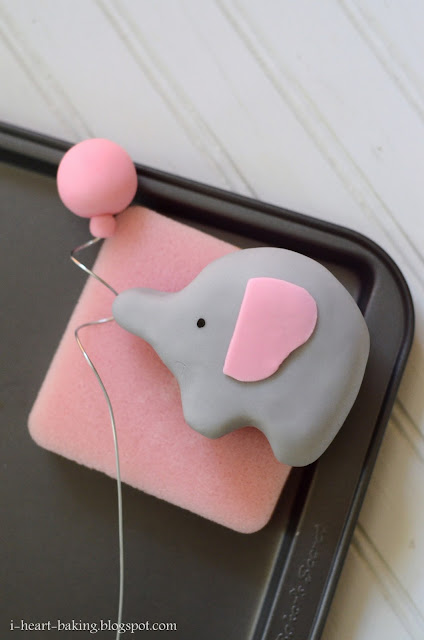 Helen requested a vanilla cake with strawberries and whipped cream.  I had already made this exact combination a number of times but with different vanilla cake recipes - first for my son's Superman birthday cake, then a year later for my son's Spiderman birthday cake, and then again for my cousin's blue whale baby shower cake - but in my opinion they were all too dense.  I was searching for a really fluffy vanilla cake instead.  I decided to go with Sweetapolita's recipe once more, but instead of adding the whipped cream to the batter at the end, I decided to try using sour cream. 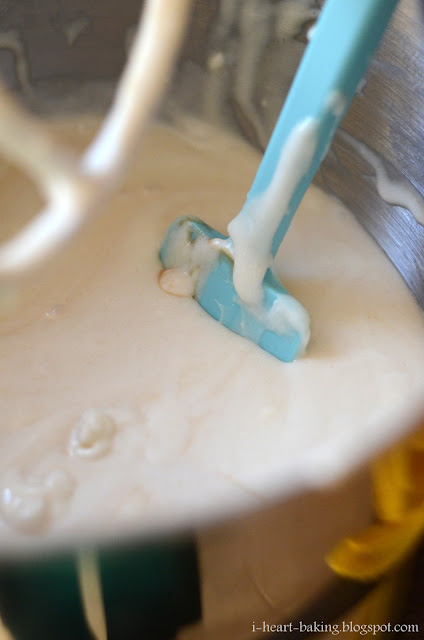 Once the cake had baked and cooled, I set out to assemble it, alternating layers of cake, freshly whipped cream, and sliced strawberries. 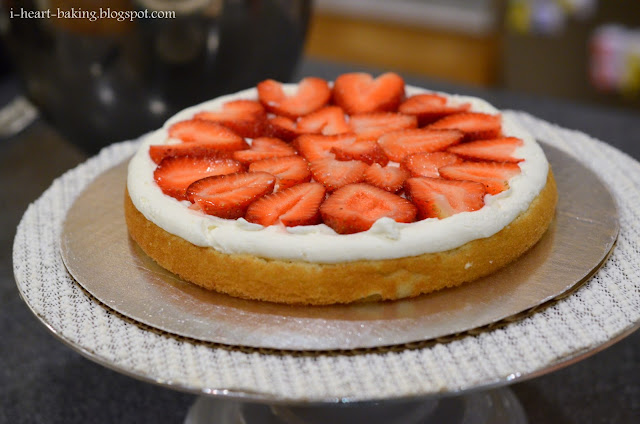 Then I whipped up a batch of cream cheese buttercream, colored most of it pink, and applied a quick crumb coat of frosting. 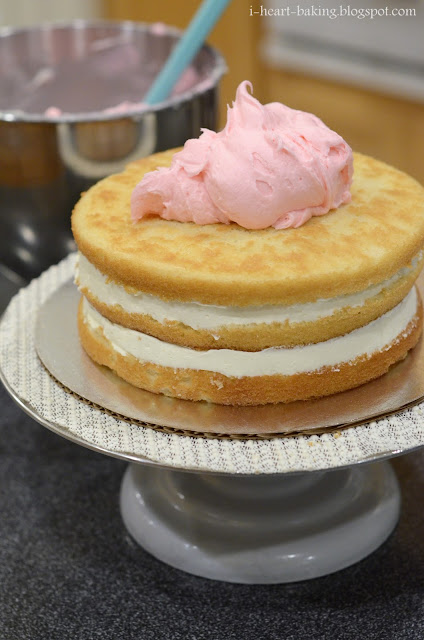 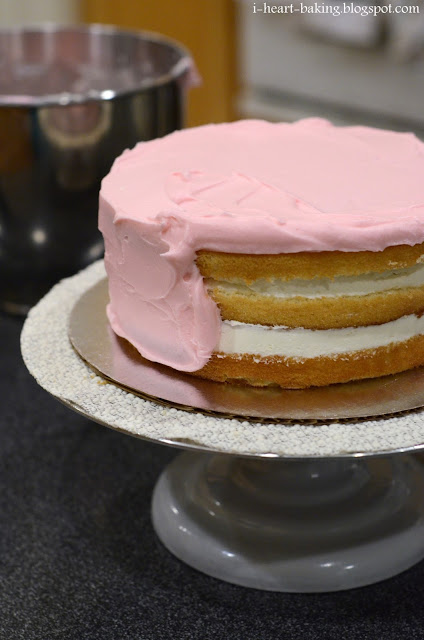 I let it set a bit in the fridge, before applying a second coat of frosting.  Next I used white cream cheese buttercream to pipe the baby's name on the side of the cake, and also piped little dots in sets of four all over the cake.  To finish it off, I piped a white beaded border along the bottom of the cake. 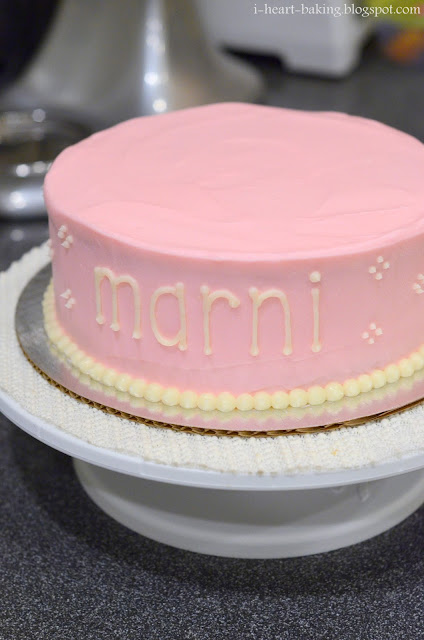 And finally, I added the fondant elephant topper! 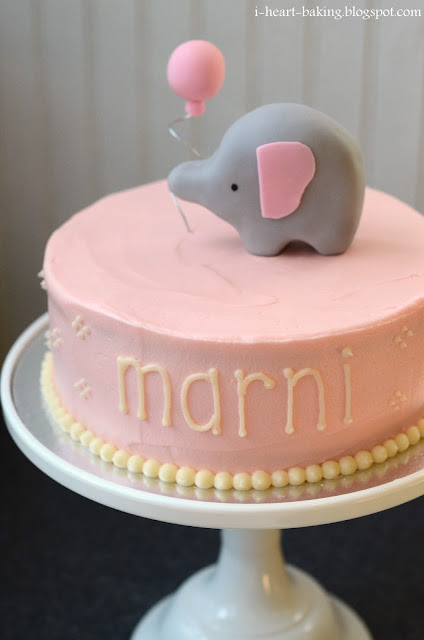 Then it was time to bring it to the baby shower!  Stay tuned for the rest of the pink and white desserts that I made for the shower! 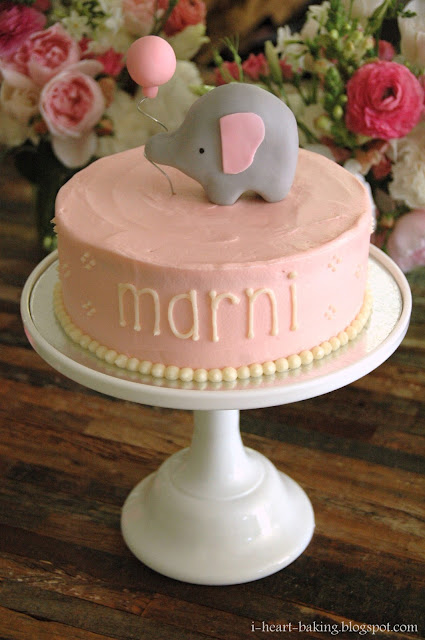 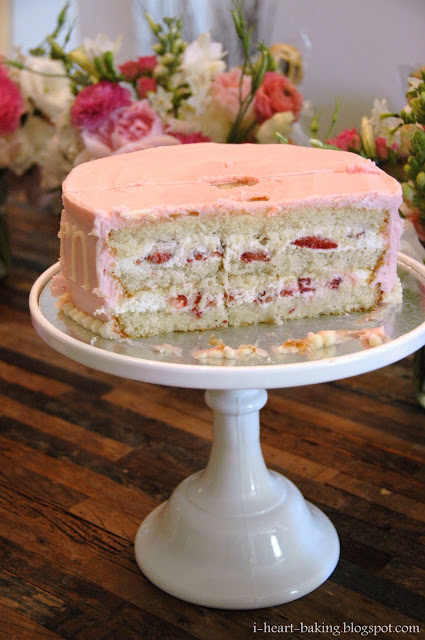 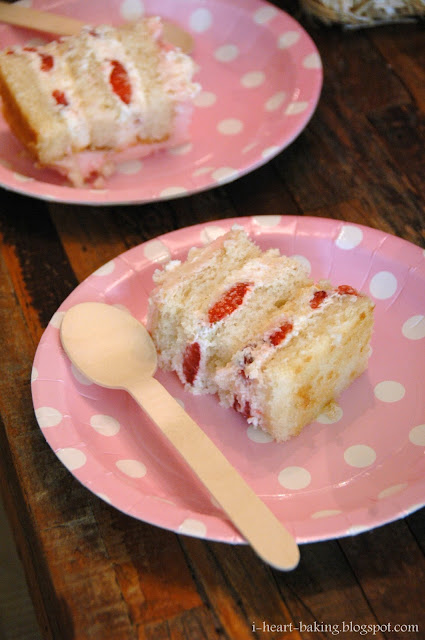 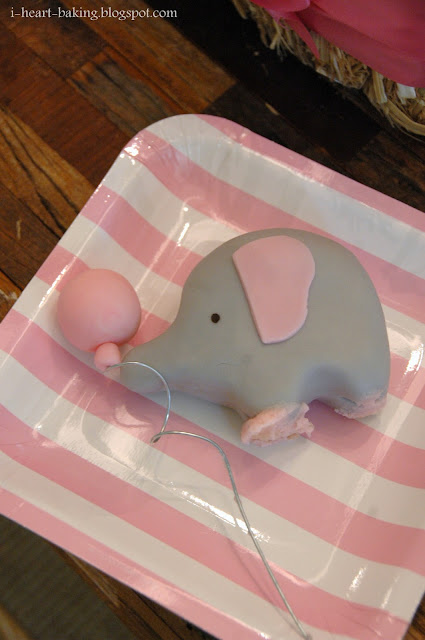 Congratulations, Helen!  Little Marni is so precious and adorable! :)

***
Update - To see the other goodies that I made for the dessert table, click here!
Posted by michele at 10:50 AM