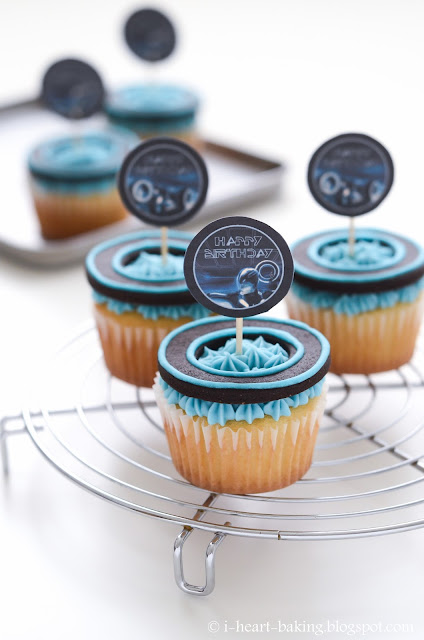 But back to the Tron cupcakes! I had seen a cute design here, and it even had free printables for cupcake toppers! Awesome! So I set out to make my own version of these cupcakes. 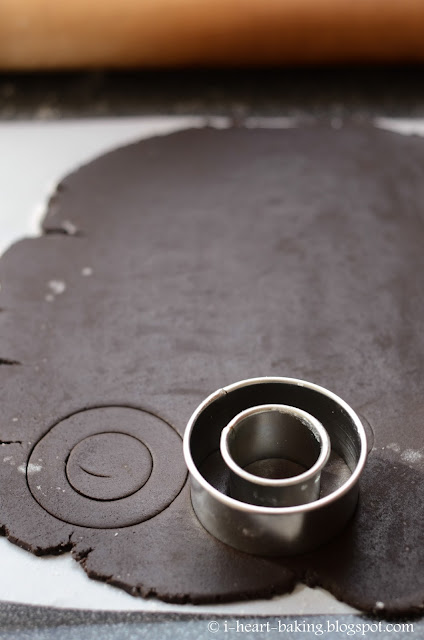 First I started by making the Tron "identity disk" cookies to go on top of the cupcakes. I used a chocolate wafer cookie recipe in my book, The Hello Kitty Baking Book (look for the ice cream sandwich recipe!) and I used two different sized round cookie cutters to make my disk. 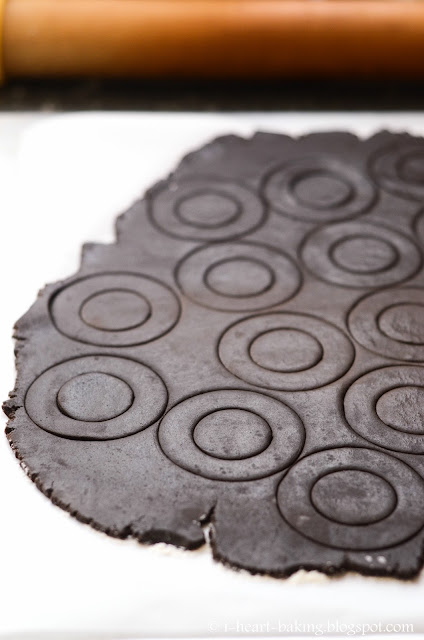 After baking and cooling the cookies, I used blue medium-stiff royal icing to decorate disks (royal icing recipe also in my book, and for the blue coloring I used a couple of drops of Americolor royal blue). 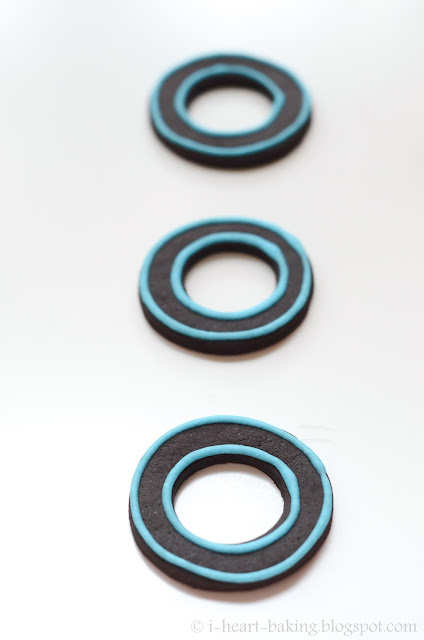 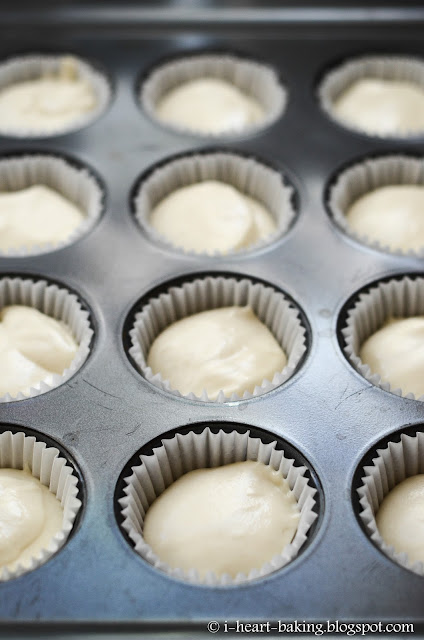 Once the cupcakes were cooled, I used a medium star tip to cover the tops of my cupcakes in a piped star design. 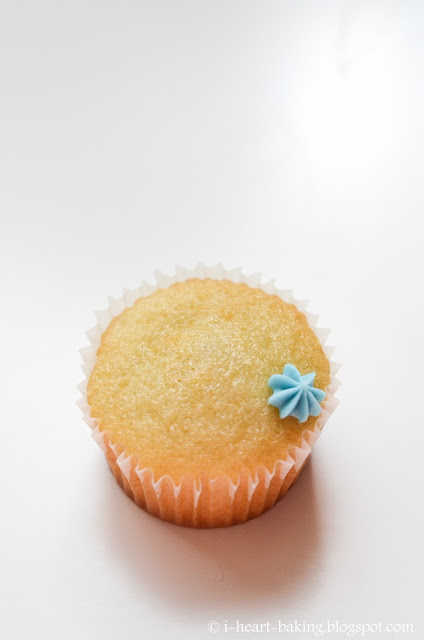 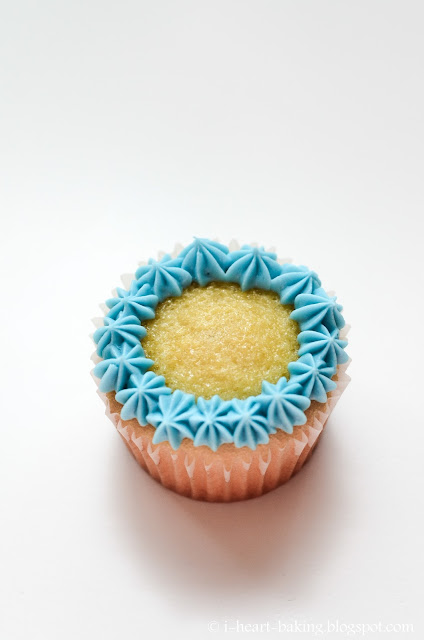 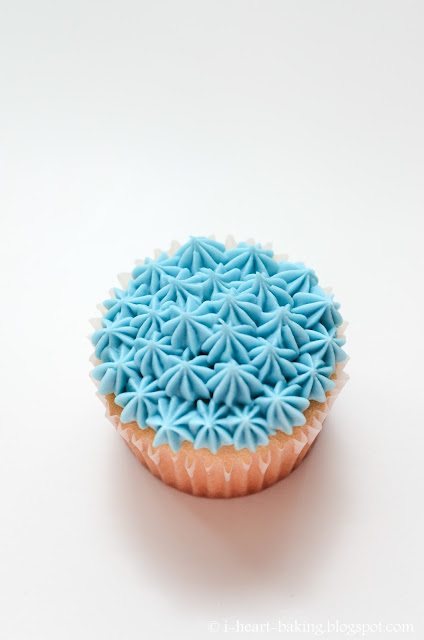 Then I topped each cupcake with a disk cookie, and a printed Tron cupcake topper (using the printable I mentioned above, which I then cut out and then attached to one end of a toothpick using scotch tape)! 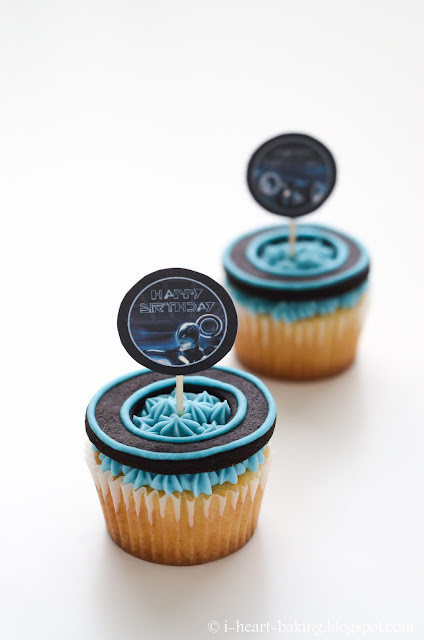 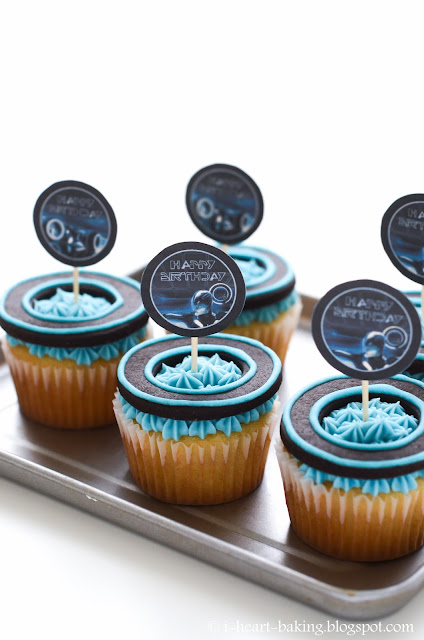 Good thing I had found the printables, because without them I'm not sure anyone would know that they were Tron cupcakes! 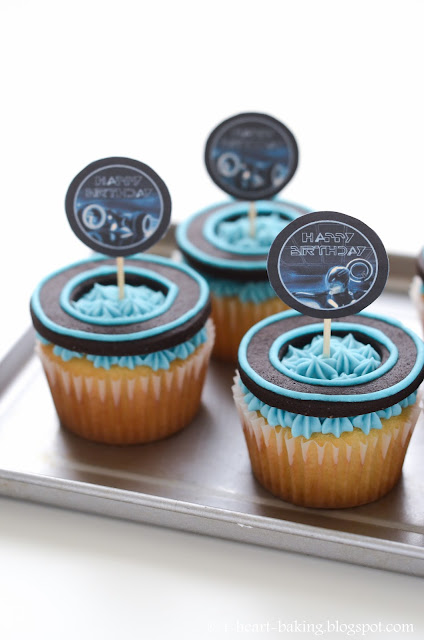 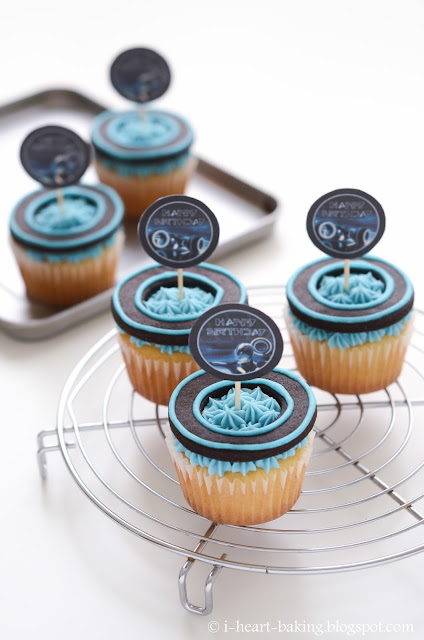 Happy 8th birthday, my Matthew! We love you! 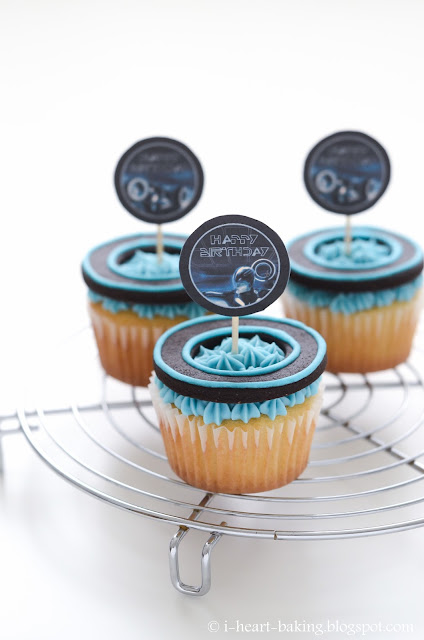 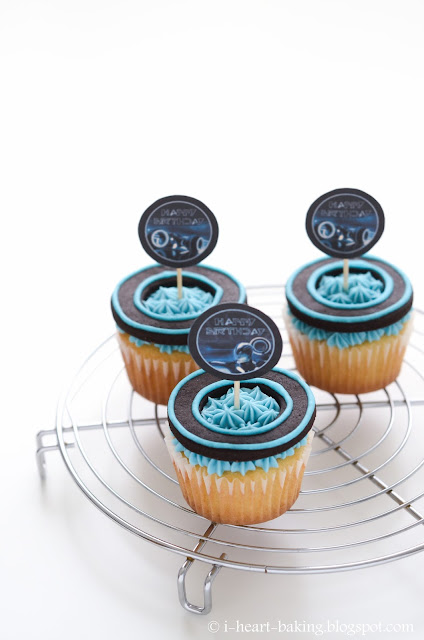