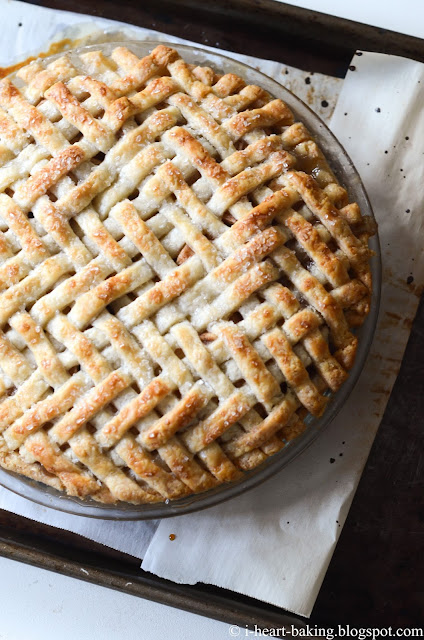 When I first saw this herringbone lattice pie on Hummingbird High's Instagram feed, I was smitten. It was SO BEAUTIFUL!!! And I wanted to make it! And after reading her blog post, I found the tutorial at Serious Eats. She even has a video that is super helpful in learning how to "weave" the herringbone design! 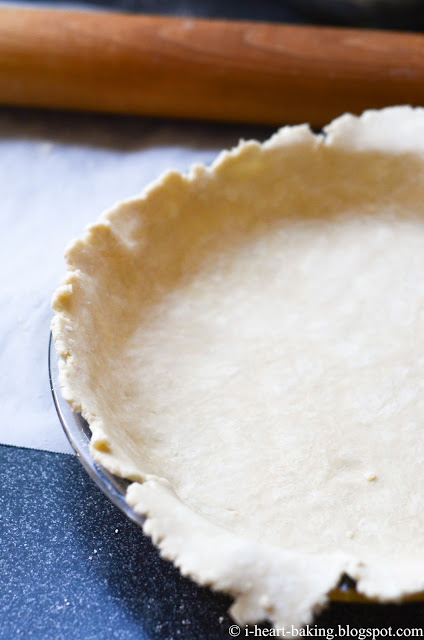 For the pie crust, she used a pasta machine to get perfectly sized strips of pie crust dough, but I just rolled it out with a rolling pin until it was about 1/8 inch thick, and then used two chopsticks (that I taped together) as a guide for my pastry wheel to cut the strips. (You could also use a pizza cutter, or even a knife!).

Also, I used my favorite pie crust recipe (which you can find in my book, The Hello Kitty Baking Book), but you could use her recipe as well, as it is pretty close to the recipe in the book anyway! 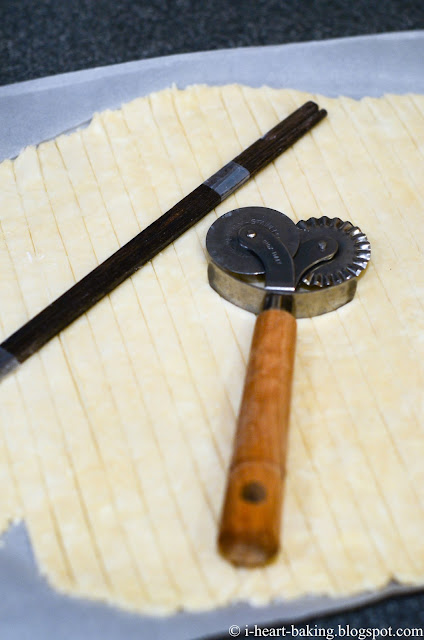 The first time that I attempted this, I found the first half of the "weaving" of the pie crust strips pretty easy, but then got super confused on the second half (it probably didn't help that I was drinking wine while making my pie!), but I thought it still turned out pretty cool anyway. :) 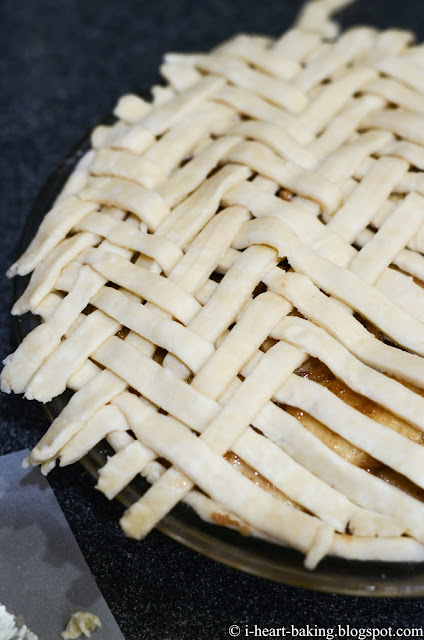 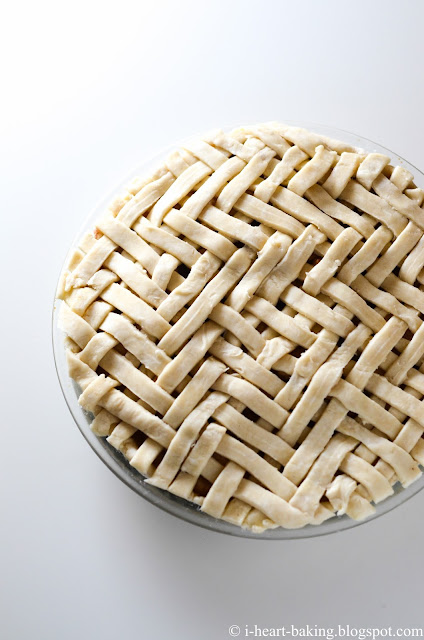 It also helps to chill the strips when they start to get soft, but we were having a BBQ and I was in a rush so I was being impatient and only chilled them before starting. 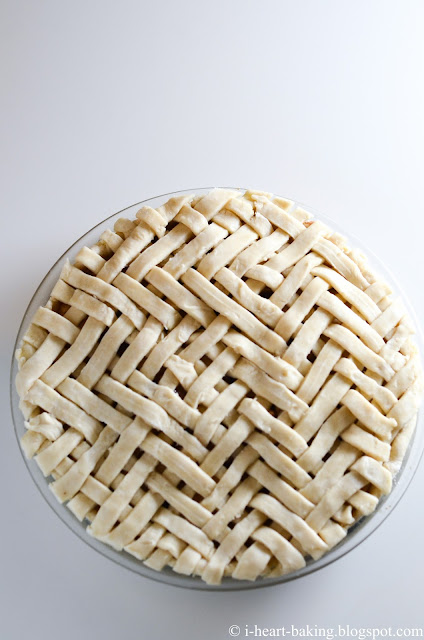 For the filling I also used my apple pie recipe from the book. Before baking, I brushed the top of the pie with egg wash and sprinkled on some sanding sugar. 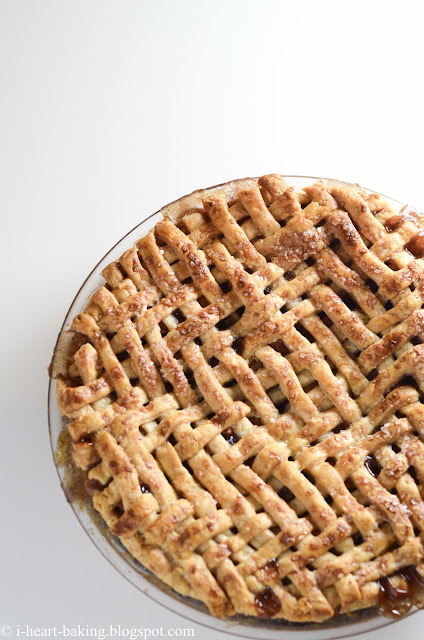 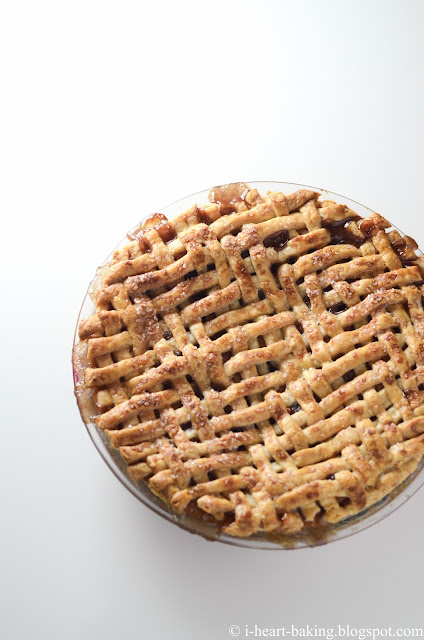 (Just so you know, the whole house will smell delicious while this pie is baking in the oven.) 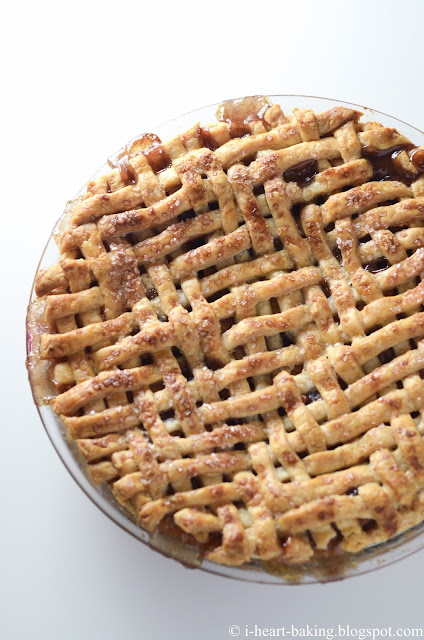 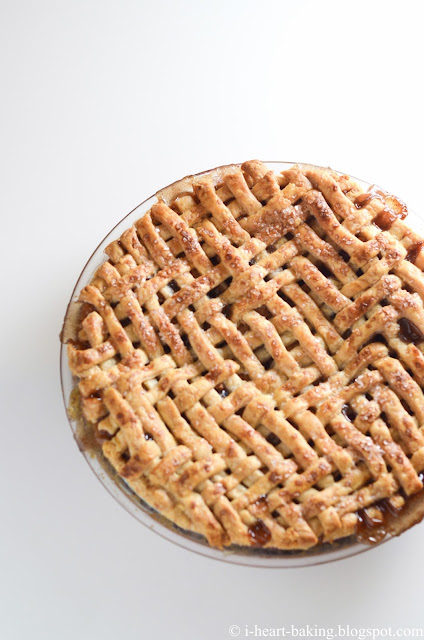 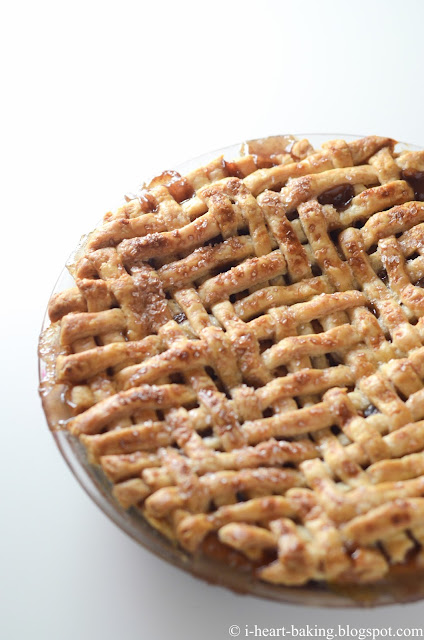 I attempted to make this pie again a few weeks later, and this time I was more diligent about chilling the strips when they started to become soft. 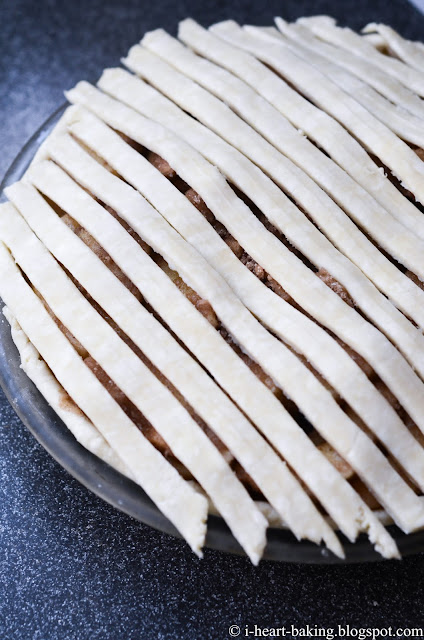 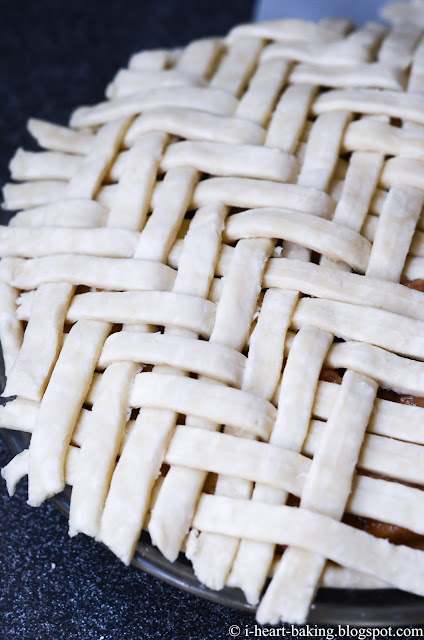 Again, the first half of the weaving went great! But I got confused again during the second half. (I need more practice!) 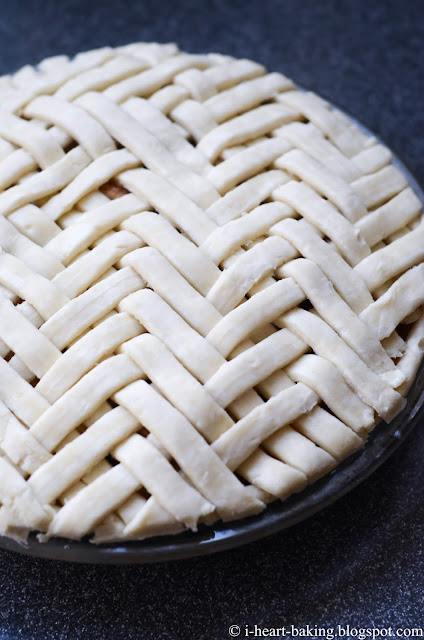 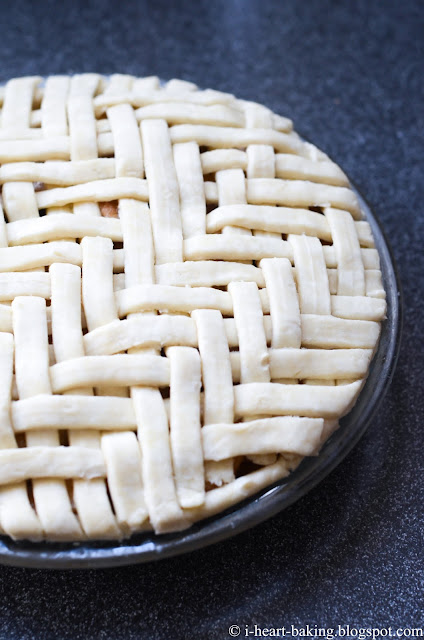 The chilling seemed to help a lot this time, as the finished lattice crust looked much more evenly woven. (And it even seemed puffier this time!) 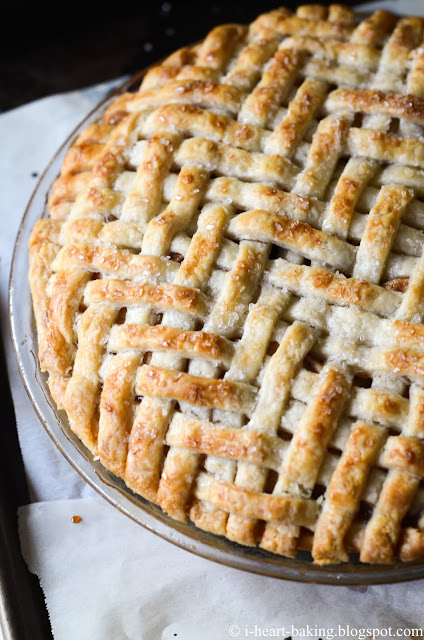 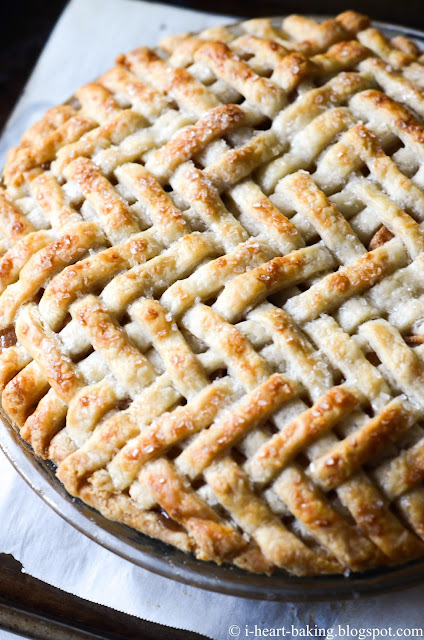 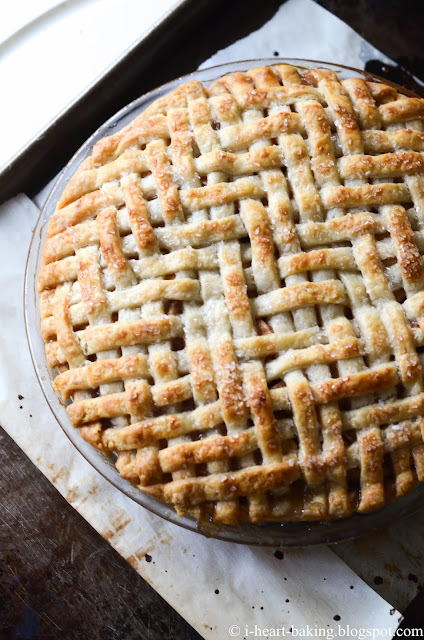 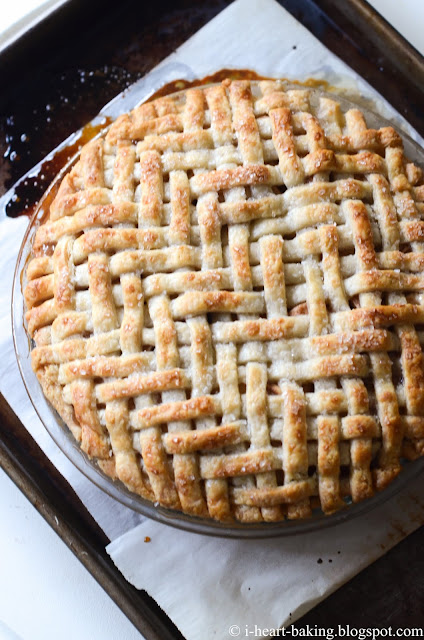 I also made this pie a third time, but forgot to take pictures of it so I can't say if it came out better or not. But I will say that practicing helps, although I think I'll still need to make this a few more times before I feel like I can make it without the tutorial! :) 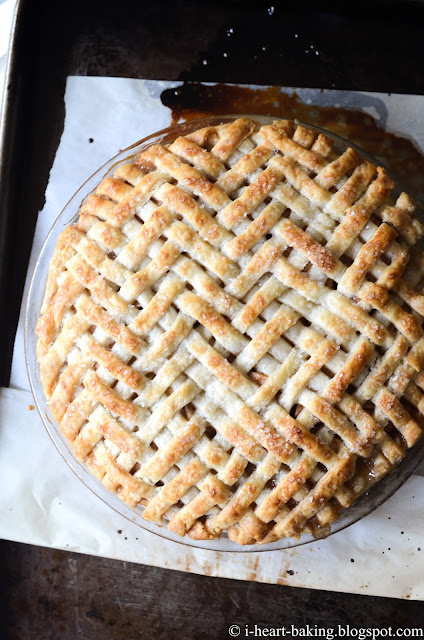