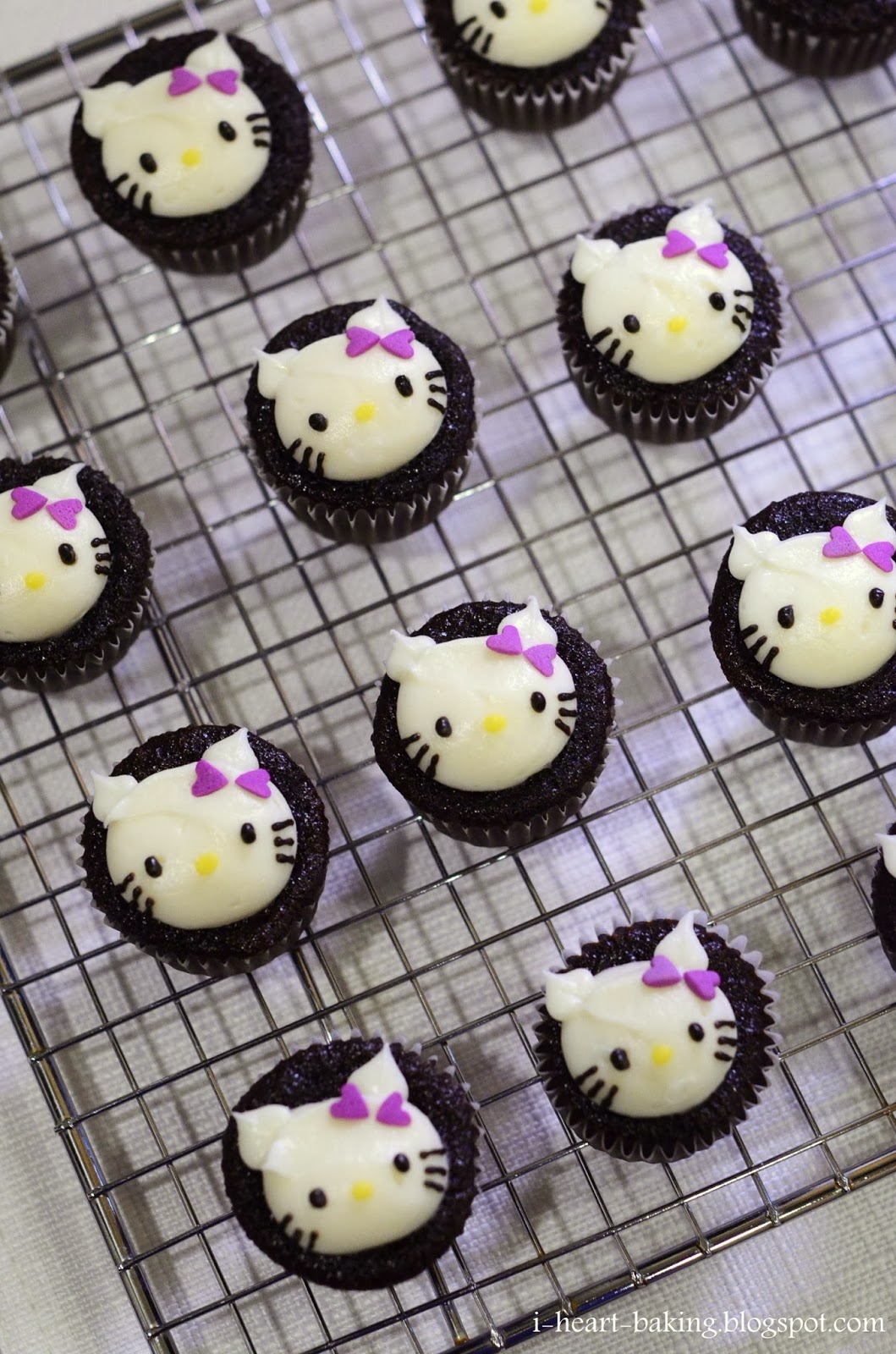 Along with the purple Hello Kitty birthday cake that I made for my daughter's 3rd birthday last year, I also made these mini cupcakes for her class birthday party at preschool. 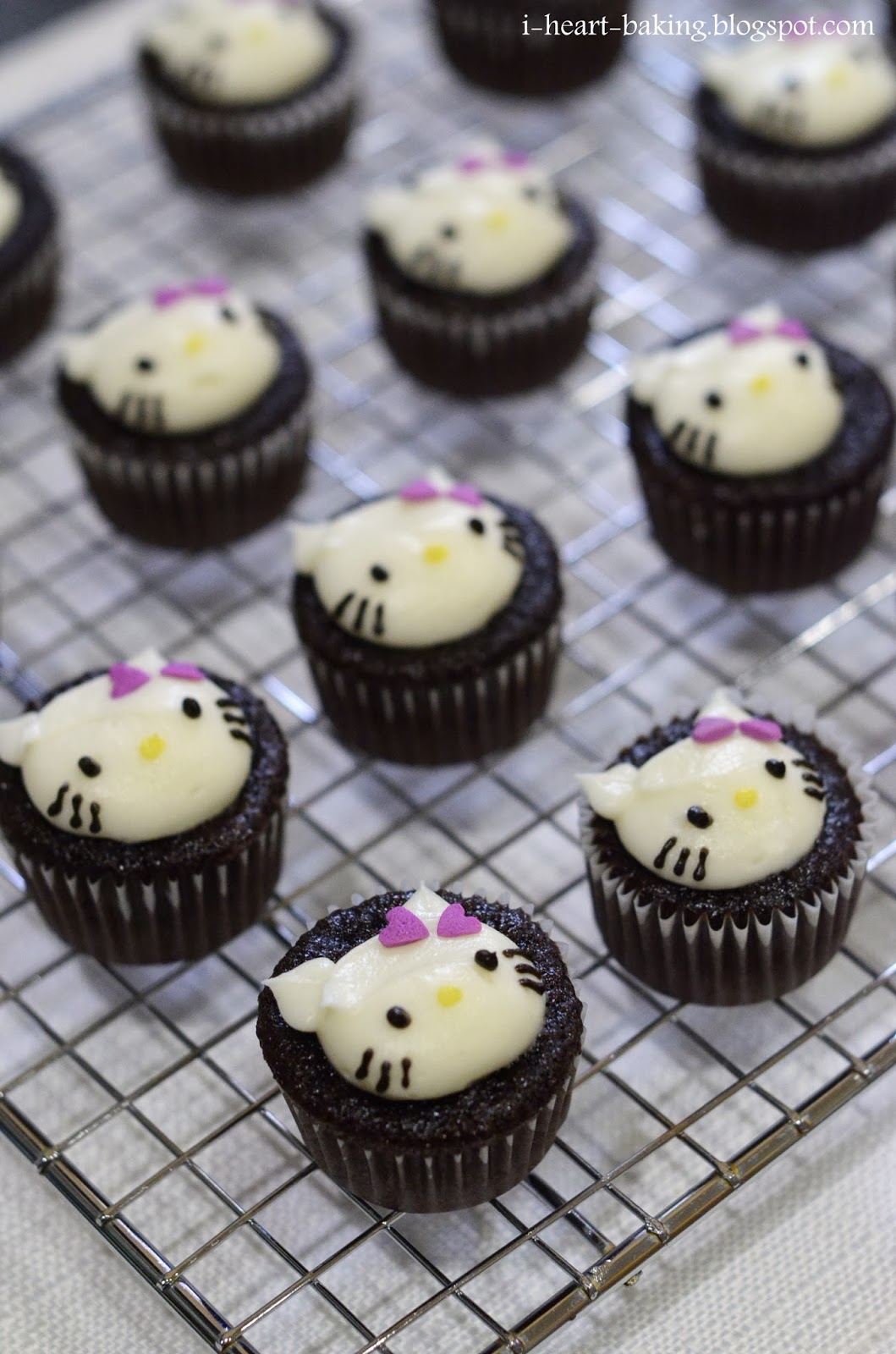 First I made mini chocolate cupcakes, and then piped a Hello Kitty face on each one with cream cheese frosting. I used a large round tip to pipe an oval for the face, and a leaf tip to pipe the ears. And then used a small round tip for the eyes, nose, and whiskers. 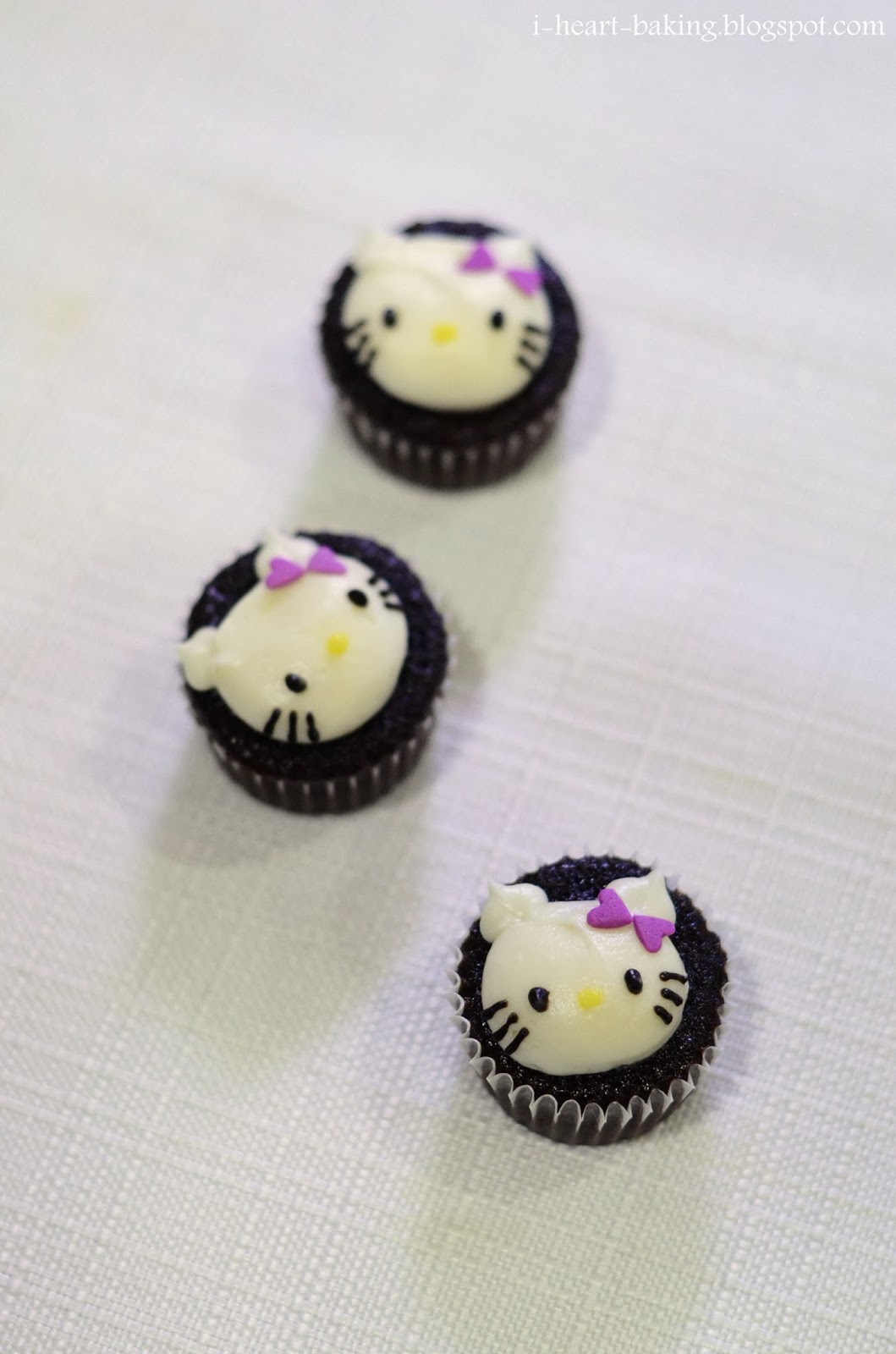 Boy, have these come a long way since the first ones that I made for her one-year birthday party!

This time instead of piping the bows, I used multicolored heart shaped confetti sprinkles (and just picked out all the purple ones!) 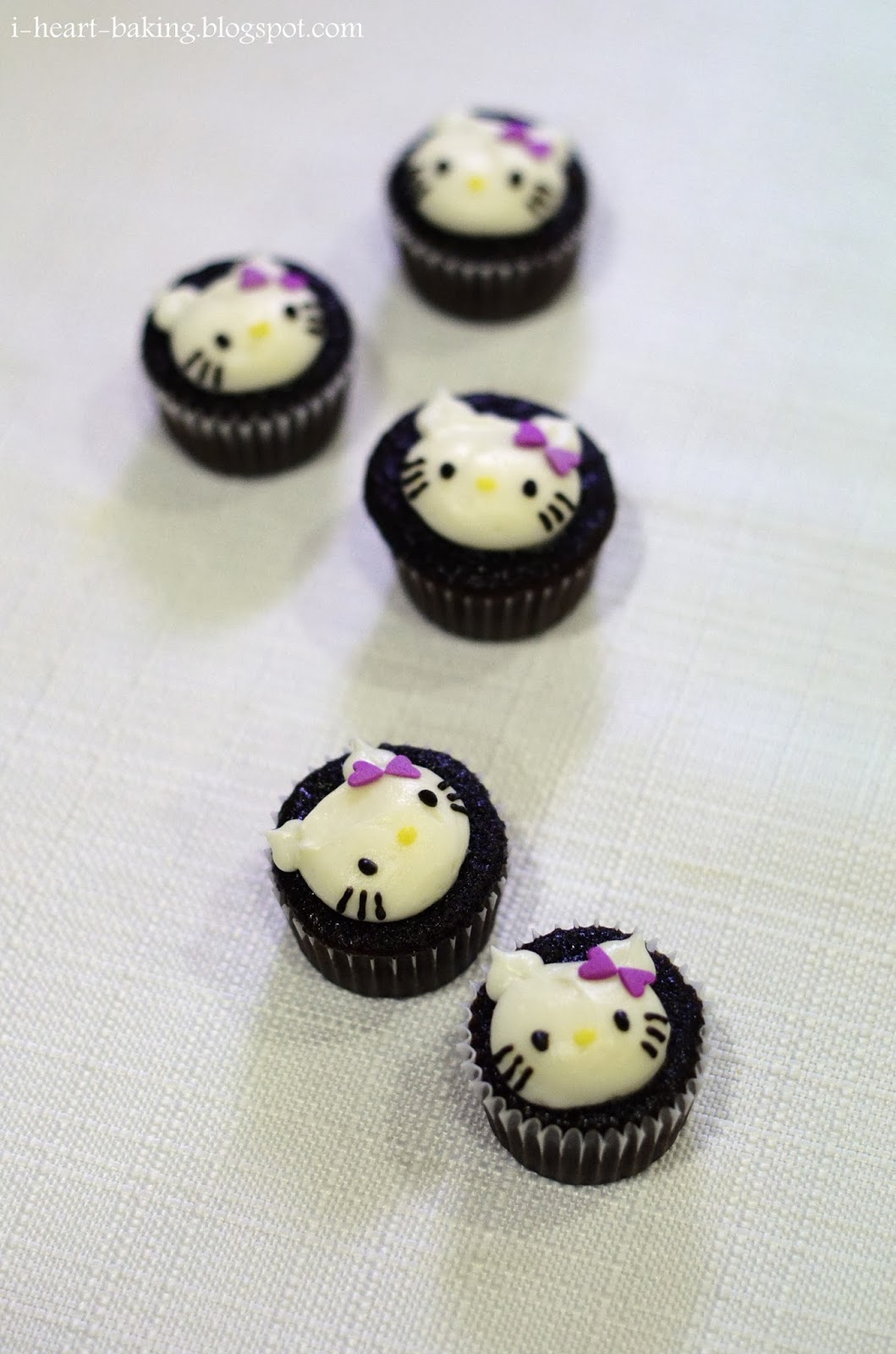 They turned out to be a big hit at her class party.  And even the boys liked the Hello Kitty favors!

Stay tuned for the birthday goodies I end up making for her class party this year! 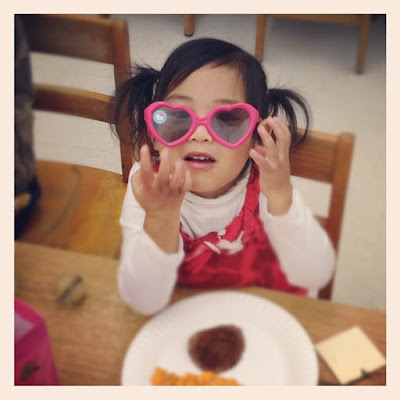 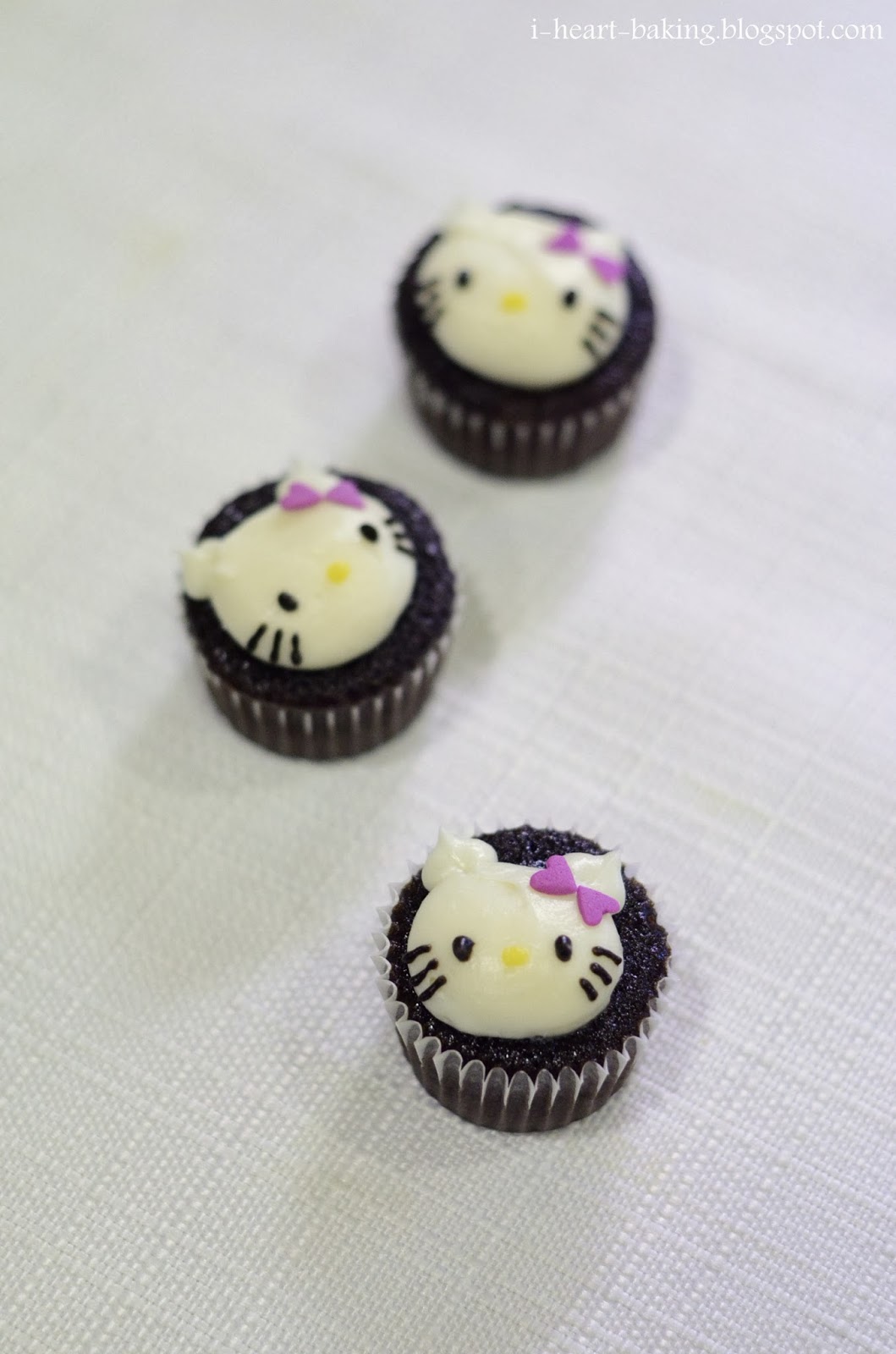 *** Update:
You can now find my recipe for Hello Kitty Mini Cupcakes in my new book, "The Hello Kitty Baking Book"! Enjoy! 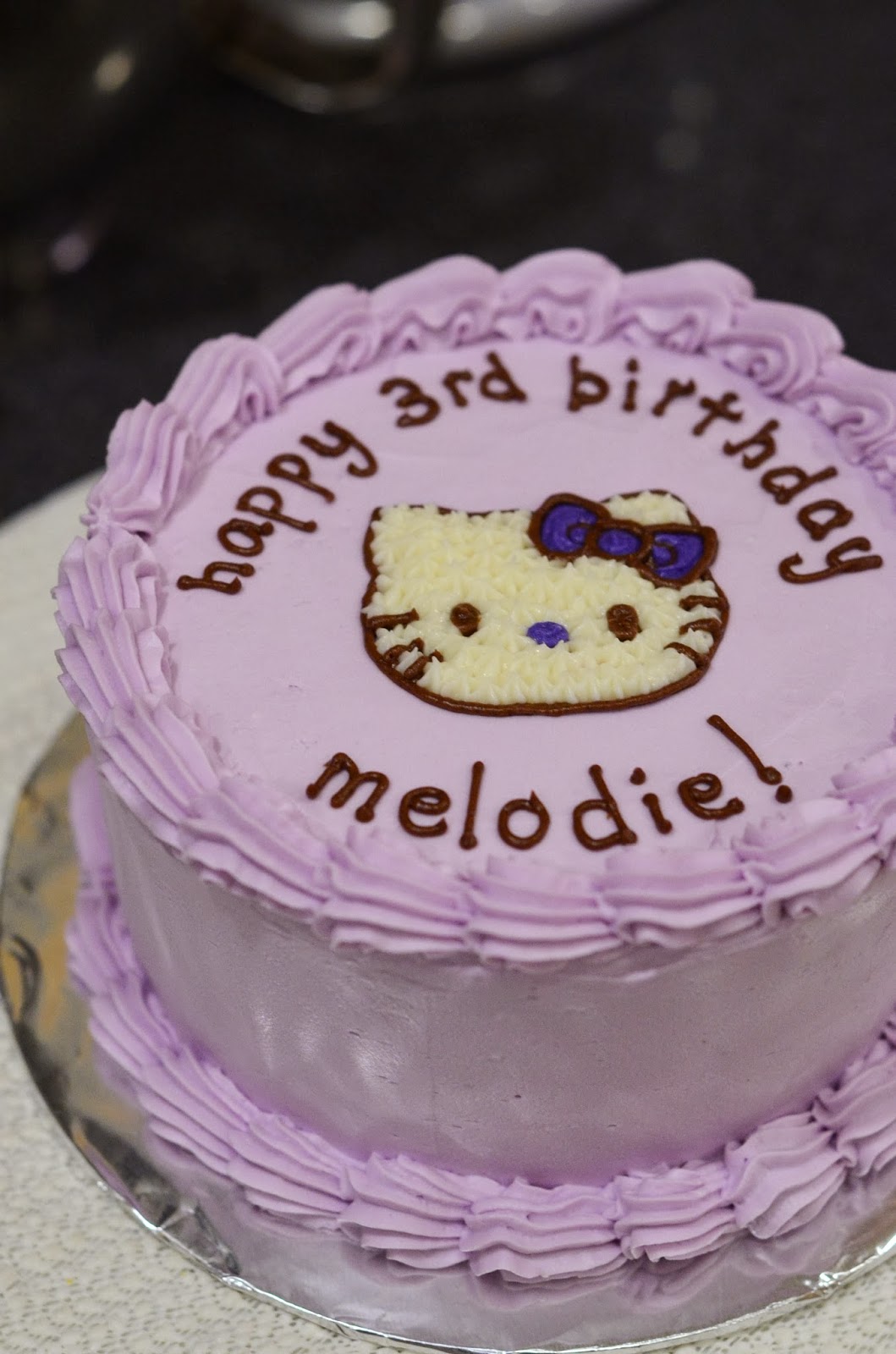 My daughter's fourth birthday is coming up in a few days, and I recently realized that I never got around to posting last year's cake!  Maybe it's because I thought the cake was just, meh, and it was nothing spectacular.  Or maybe it's because I baked and decorated it in a rush the day of her birthday, and I didn't have time to properly photograph it.  In any case, she had asked for a purple Hello Kitty cake, and that is what she got! 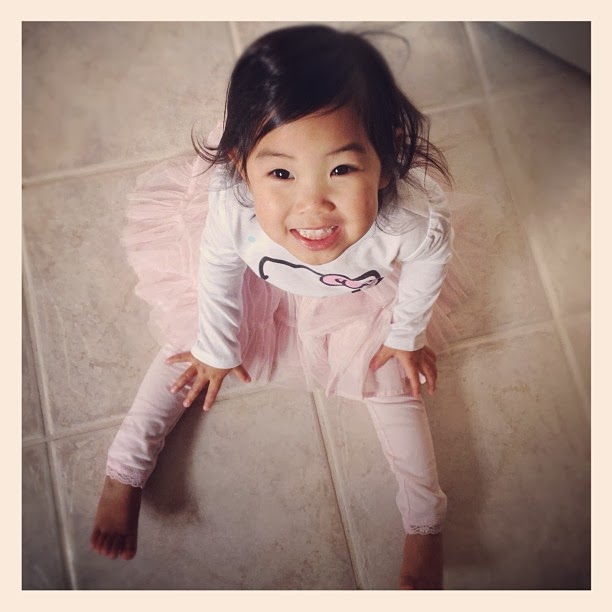 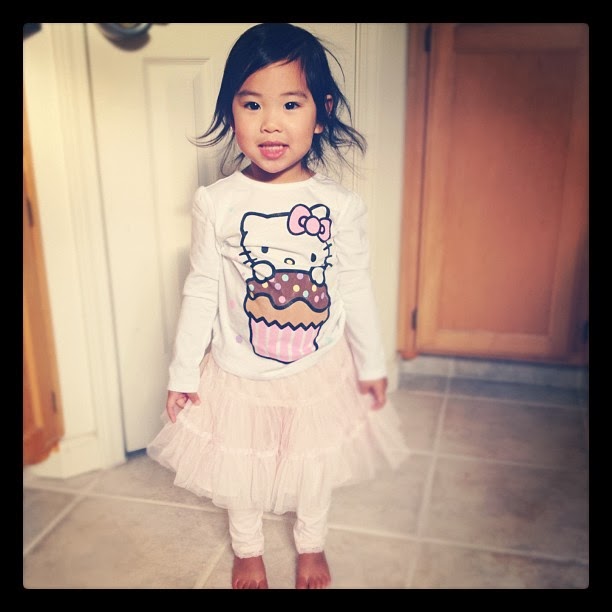 I still remember how cute she was that day; she wanted to "be a princess" and wear her pink tutu all day. She even got to lick the spatula after I finished making the whipped cream frosting! 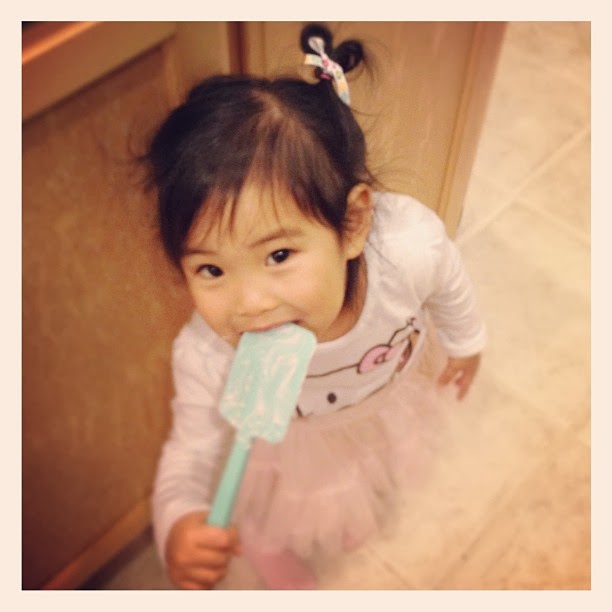 I used the whipped cream frosting to fill and frost three layers of  homemade chocolate cake, for a very light and moist 6-inch layer cake. 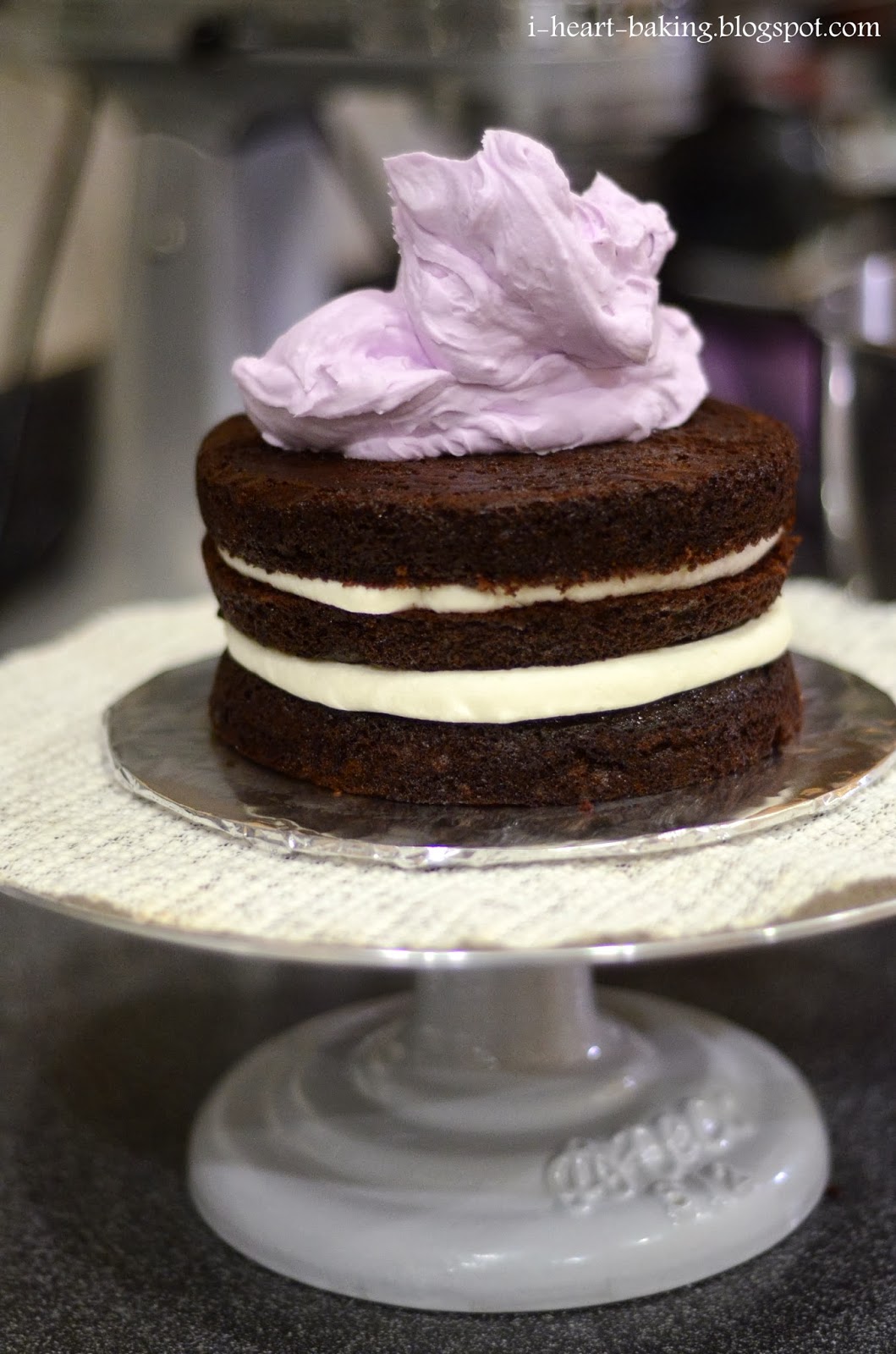 After the top and sides of the cake were frosted, I finished it off with a shell border. 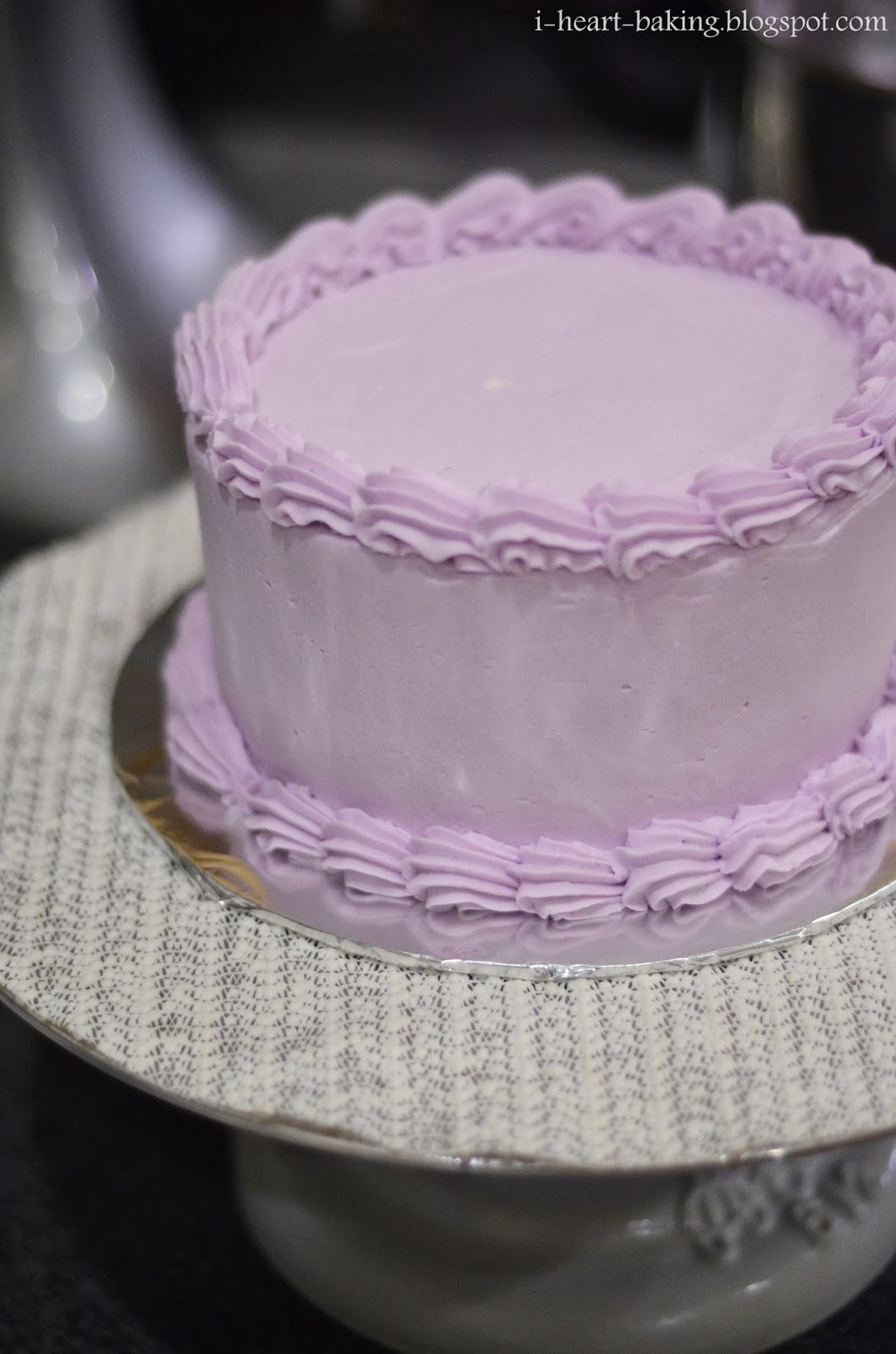 Then I piped a mini Hello Kitty face, and a birthday message for the birthday girl! 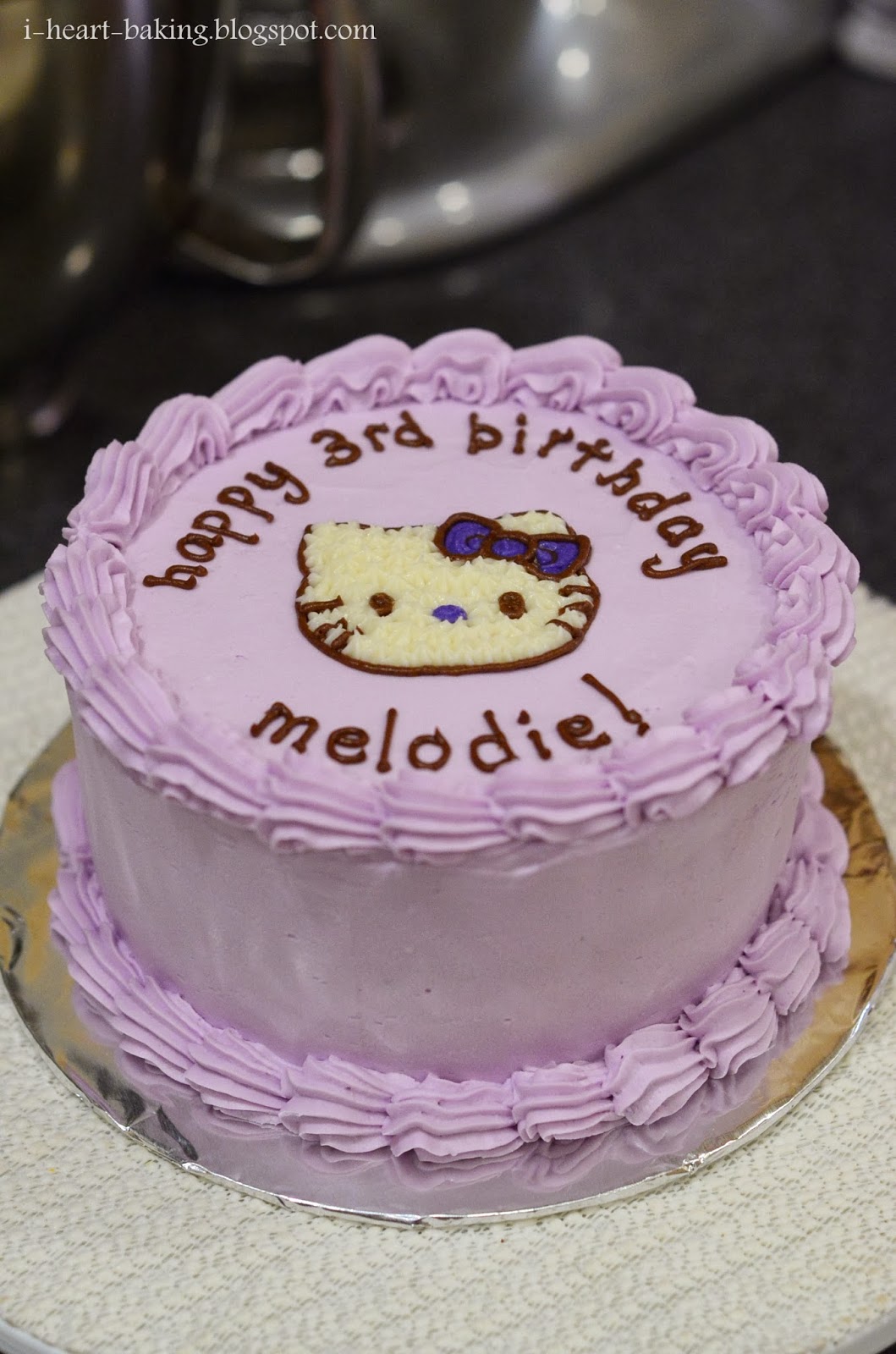 Since my little girl loves sprinkles, I threw some heart-shaped ones on along the shell border. 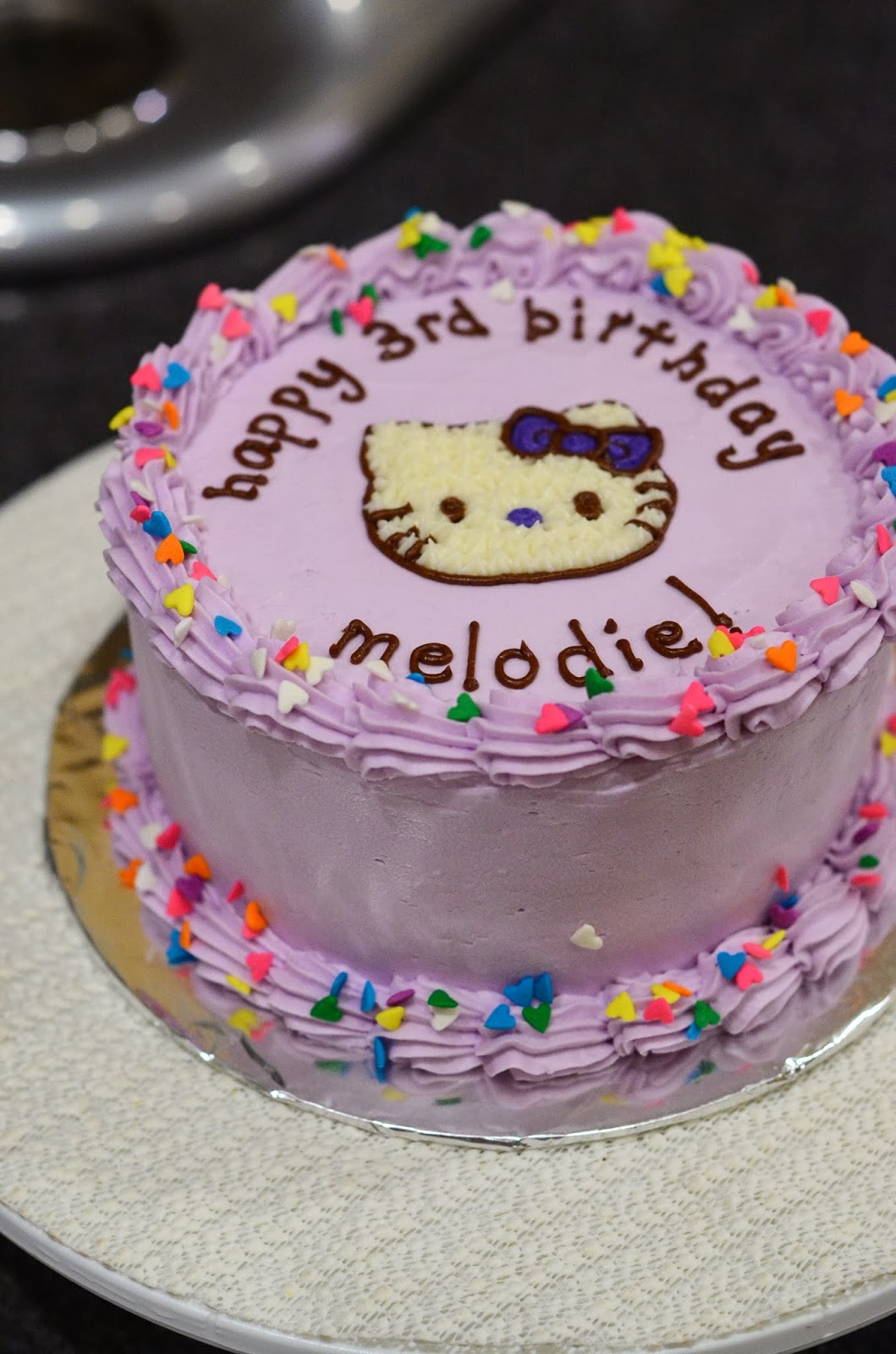 I kind of regretting adding the sprinkles though, it just all seemed to clash with the cake. But of course that was Melodie's favorite part. :) 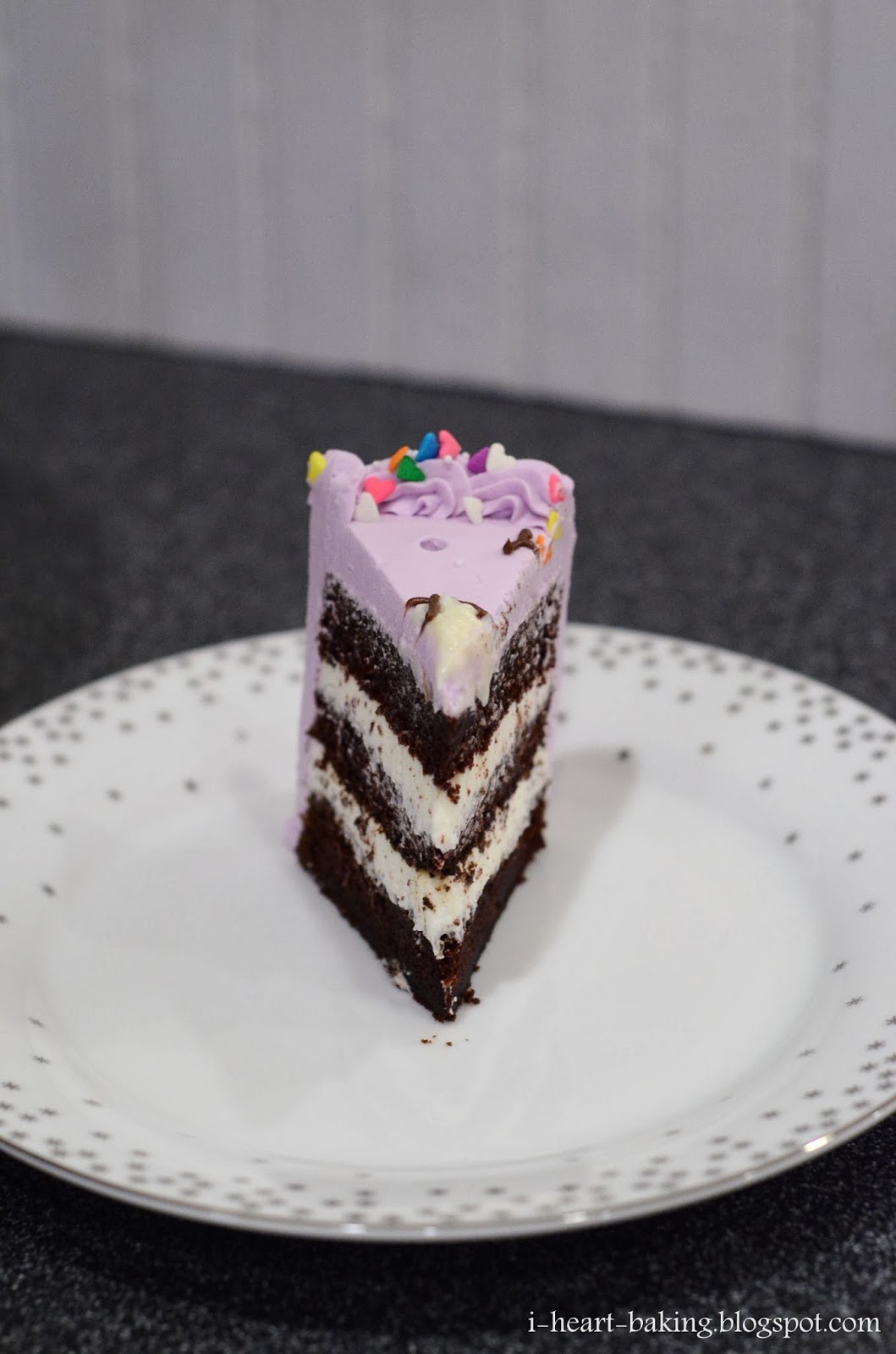 Stay tuned for the cake I end up making for her this year - she has already placed her request!
Posted by michele at 2:08 AM 1 comments 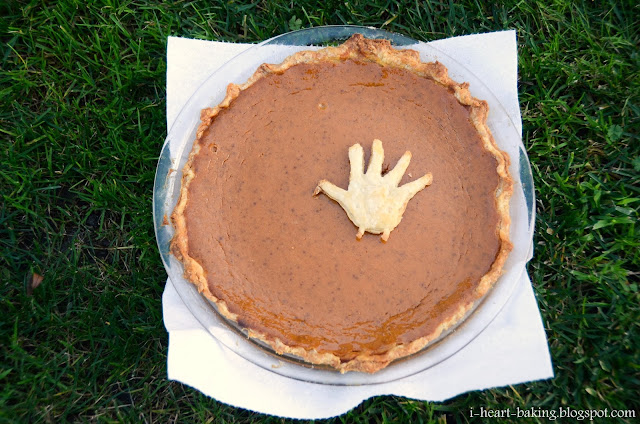 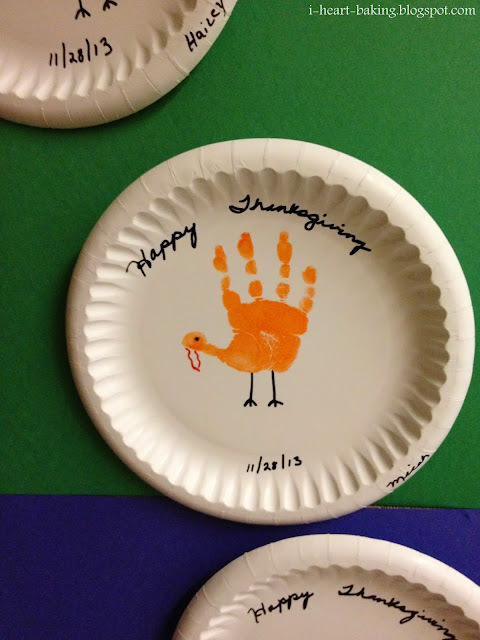 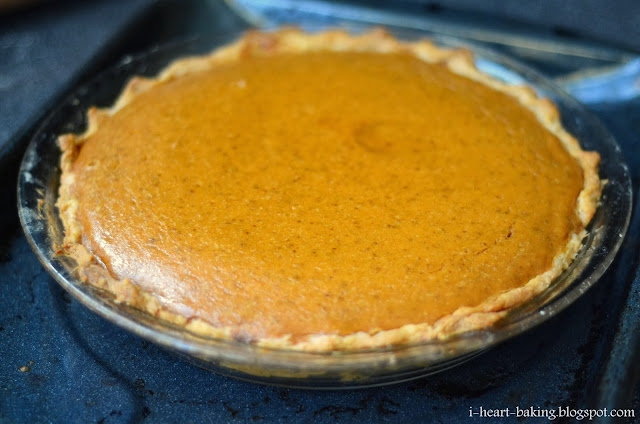 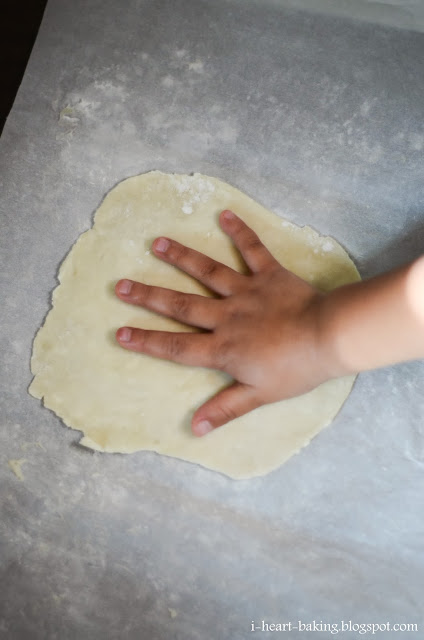 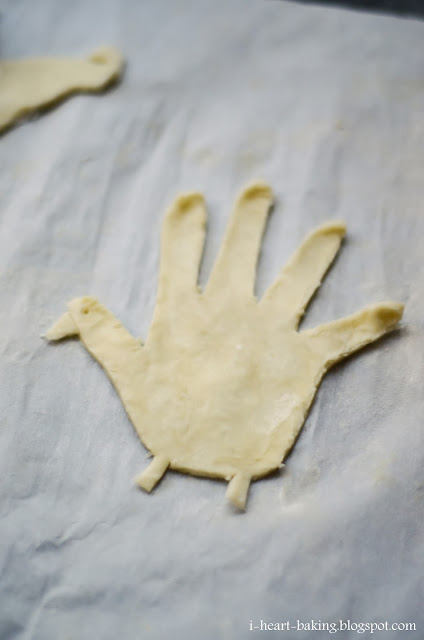 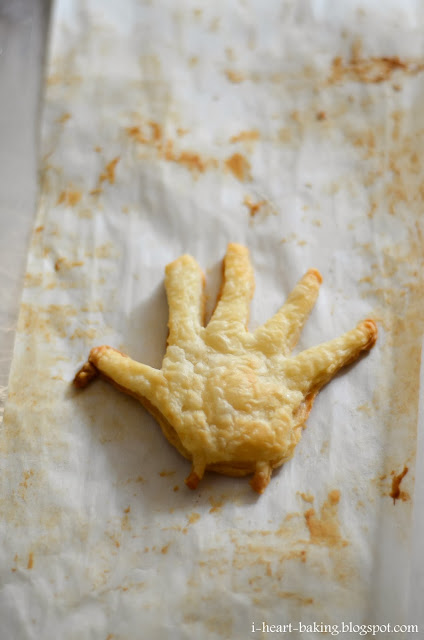 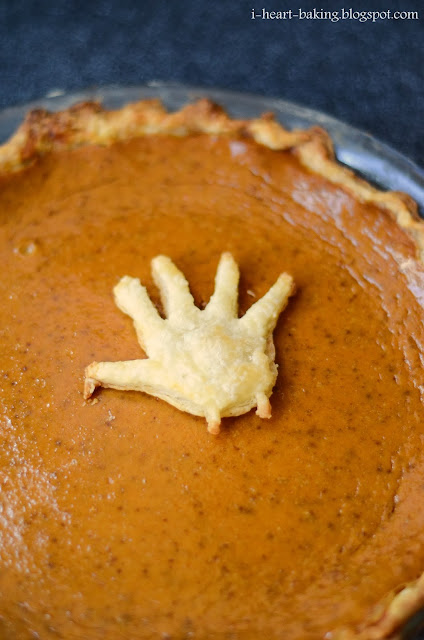