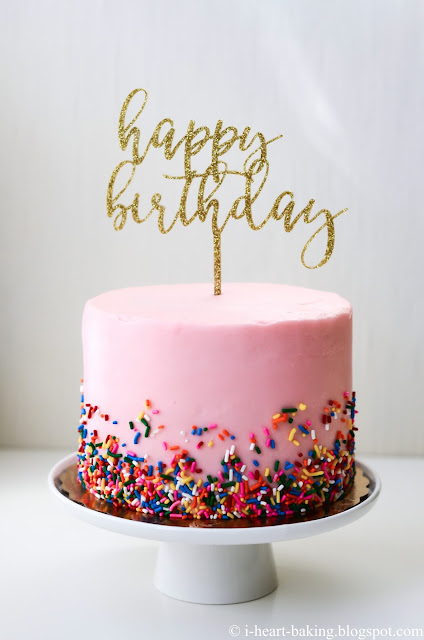 My friend Hsing has a daughter named Avery, who just had a birthday this past February! And I was beyond flattered when she asked me to make her a birthday cake! She sent me a picture of a adorable pink cake, with rainbow sprinkles and a gold birthday cake topper, so I set out to make exactly that!

I started with my favorite chocolate cake recipe (which you can find in my book, The Hello Kitty Baking Book!), which I halved and baked in two 6-inch round cake pans. Once they were cool, I sliced them in half horizontally to give me four cake layers, and then filled each layer with freshly whipped cream and sliced strawberries. 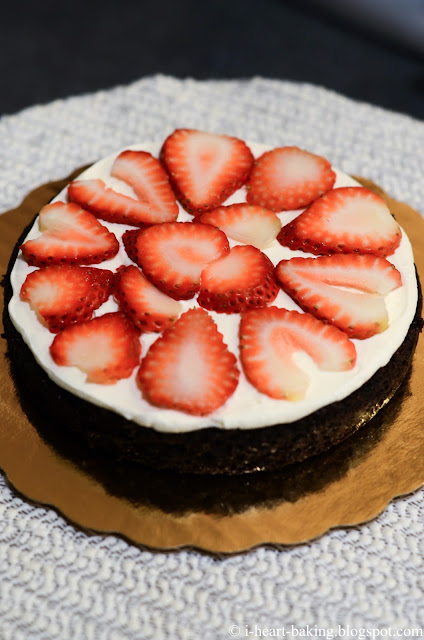 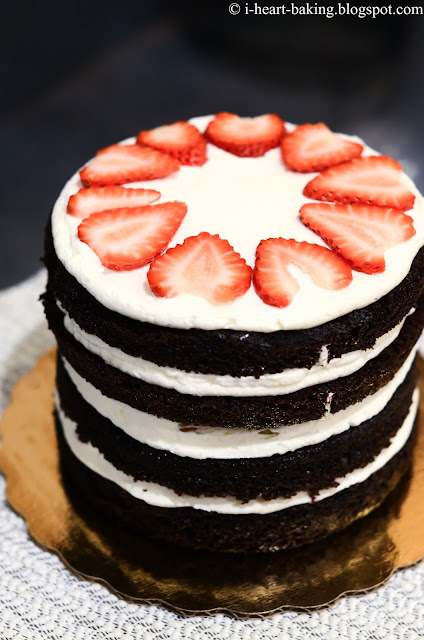 Then I whipped up a batch of cream cheese frosting, which I tinted with pink gel-based food coloring, and then covered the top and sides of the cake with a quick crumb coat. 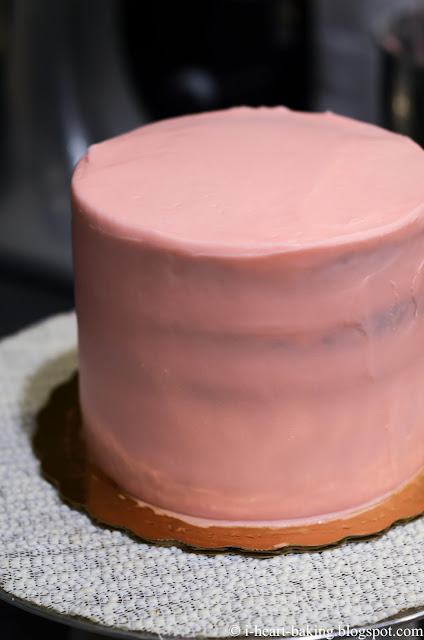 After letting the cake chill in the fridge for 30 minutes, I did a final coat, and smoothed it out as best as I could with a long metal spatula. 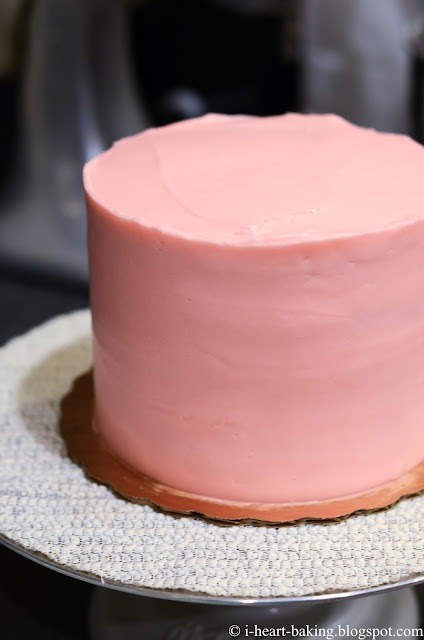 For whatever reason, I had a hard time smoothing out the top of the cake this time. It could have been that the weather was super warm, or maybe it was that it was the middle of the night and I was super tired, but it just turned out way messier than I had wanted! But I went ahead and added the rainbow sprinkles to the bottom of the cake, and then let it chill overnight. 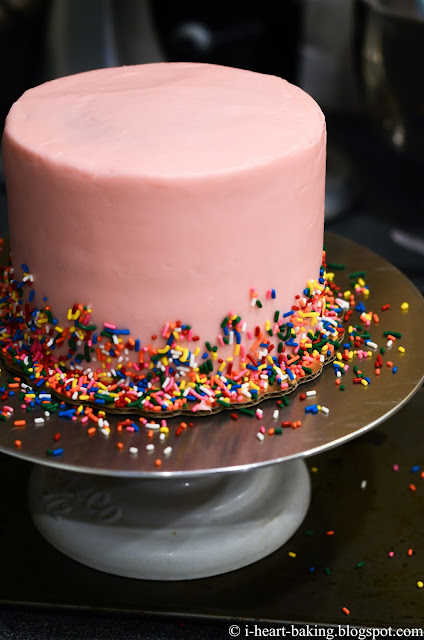 In the morning I was ready to add the gold acrylic cake topper, which I had bought a few weeks earlier on Etsy. 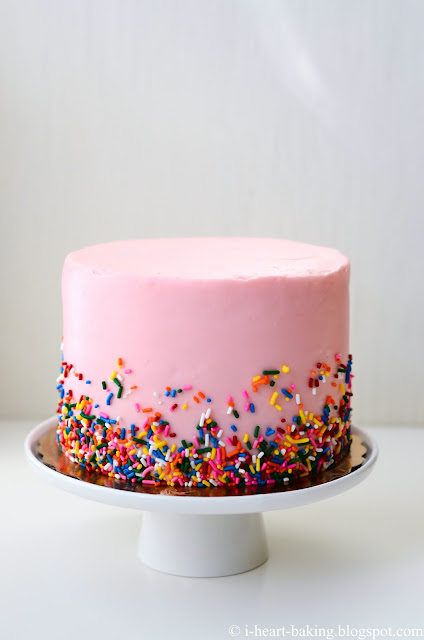 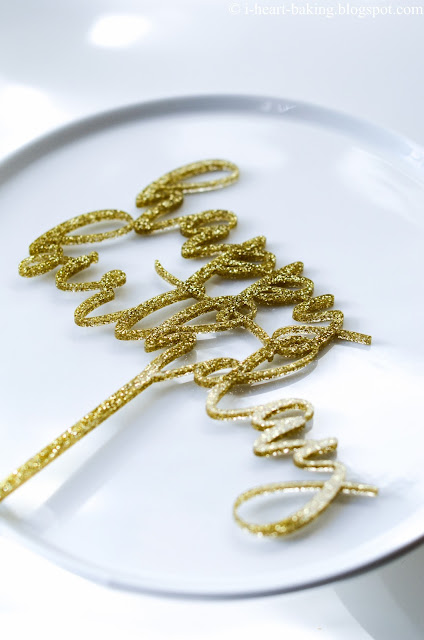 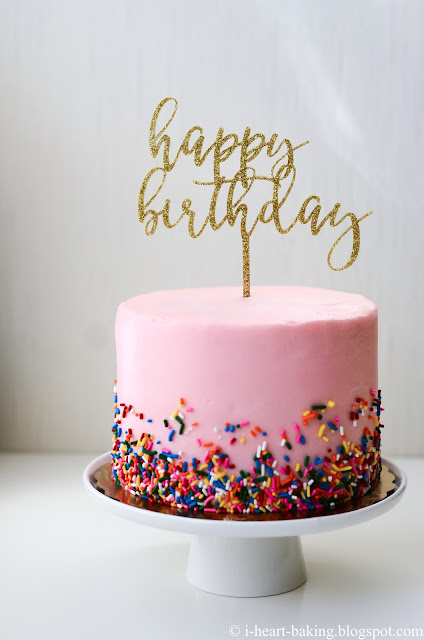 It was the perfect finishing touch! 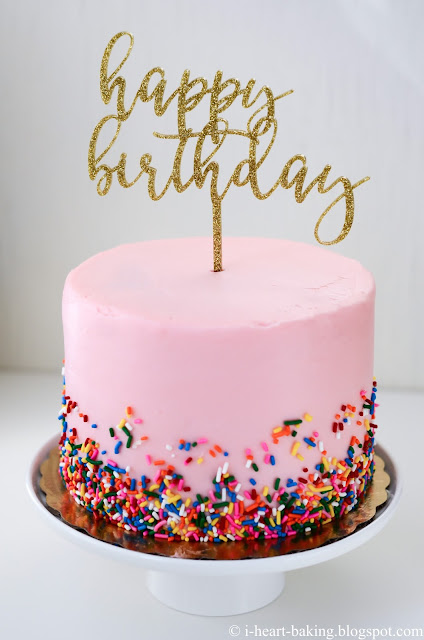 Hope you had a happy Birthday, Avery!
Posted by michele at 10:00 PM 1 comments