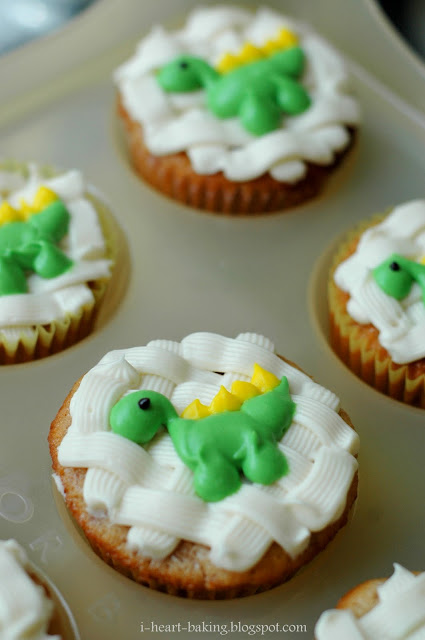 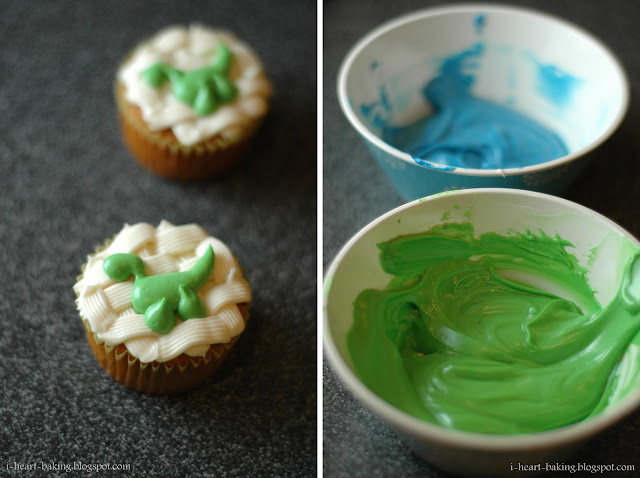 Although I had never piped dinosaurs before, I had piped duckie cupcakes for my friend Naomi's baby shower and thought it would be similar, except with an added neck, tail, and feet.  So I attempted to pipe green dinos on the strawberry cupcakes, and blue dinos on the chocolate cupcakes. 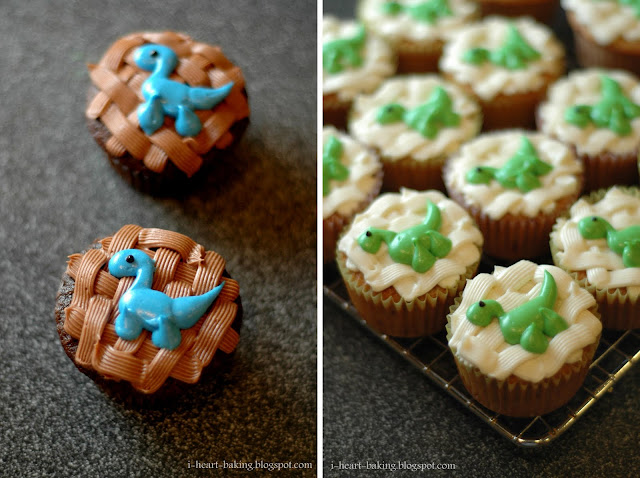 To prevent the dinos from looking like the Lock Ness Monster, I also piped yellow spikes along the dinos' backs and tail.  I thought the end result was cute, but kind of looked like dragons instead of dinosaurs! 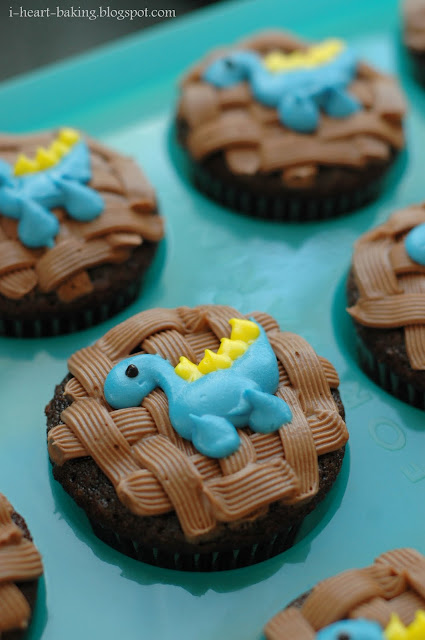 We all had a great time at the party - the kids played and the adults got to chat and catch up.  Thanks for inviting us Janice!  Hope everyone enjoyed the cupcakes, and hope you had a happy birthday Sofia! 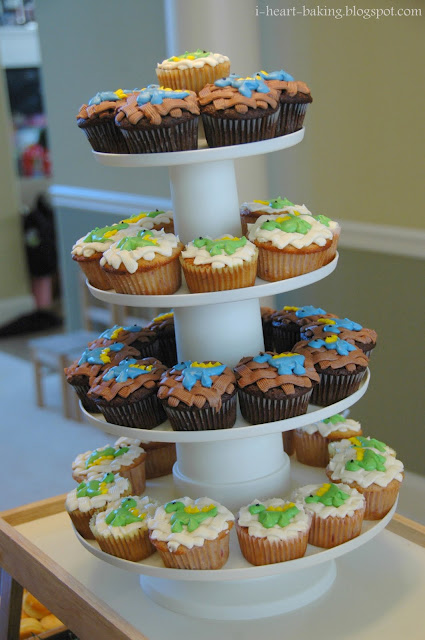