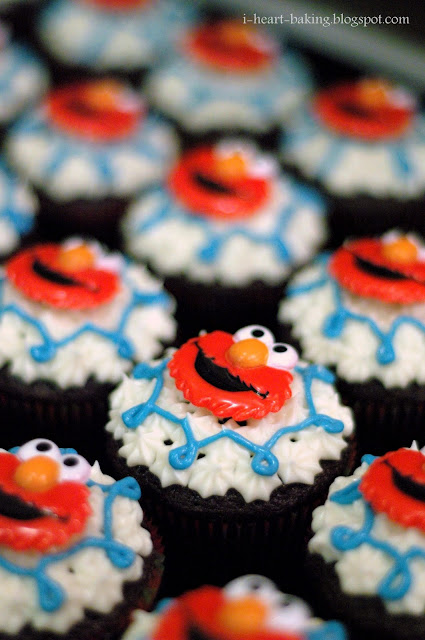 I can't believe my little boy Matthew turned four today!  Last year I made Cars cupcakes for this third birthday, and the year before that I made these Elmo cupcakes for his second birthday (please excuse the poor lighting on these old pictures!). 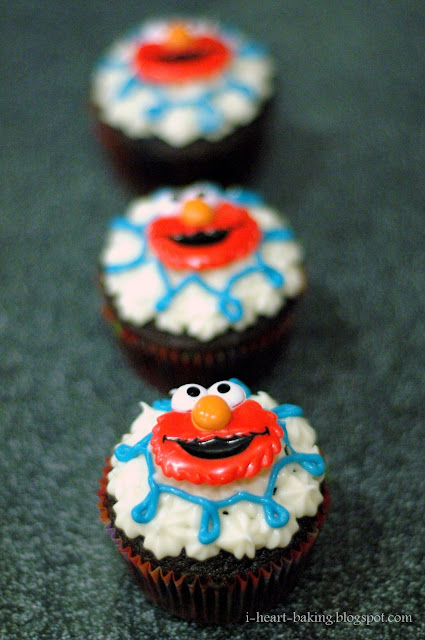 I made two dozen of these and served them at his preschool birthday party - chocolate cupcakes using my favorite homemade chocolate cake recipe, with a quick cream cheese frosting, and plastic Elmo rings as toppers so the kids could play with them after they were done eating their cupcakes. 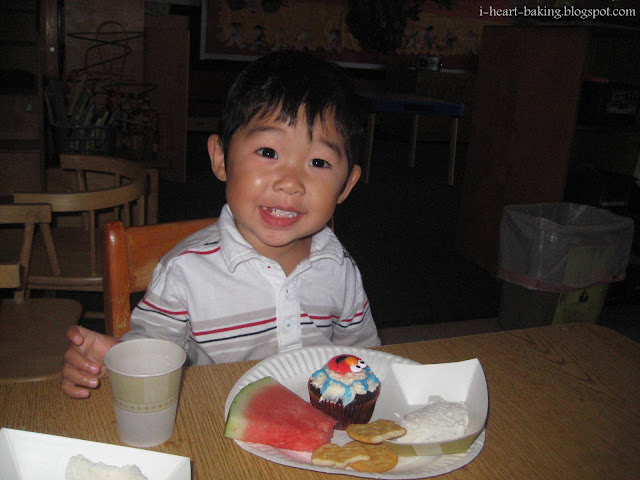 Then that weekend, we had a small party at Chuck E Cheese, and I made my first ice cream cake ever.  It was a layer of chocolate cake, with a layer of homemade mint oreo ice cream ... 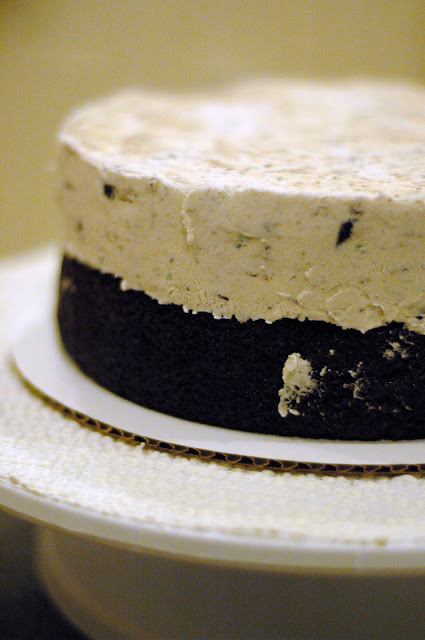 ... and topped with vanilla buttercream.  And then I piped Elmo on top.  It was my first time piping a character, so it could have used some work.  But it was freehand!  And my first Elmo. 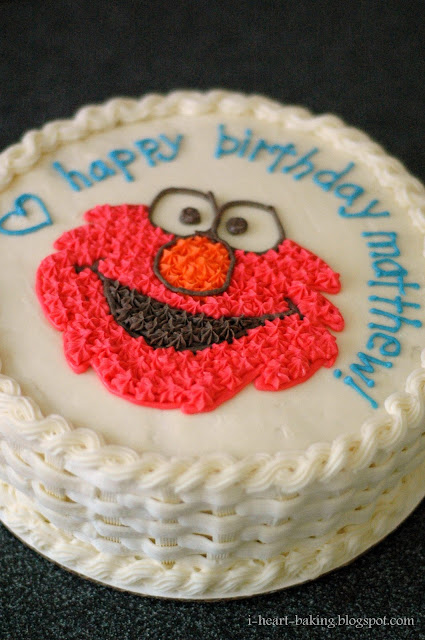 In any case, this started an obsession with making ice cream cakes (most of them Hello Kitty cakes).  Although now that we have two kids, ice cream cakes have fallen to the bottom of my to-do list when it comes to baking.  They just take so long!  And they are high maintenance, mainly because you have to constantly return the cake to the freezer several times in between piping, in order to keep the ice cream layer from melting.  Not to mention the complications with transporting an ice cream cake! 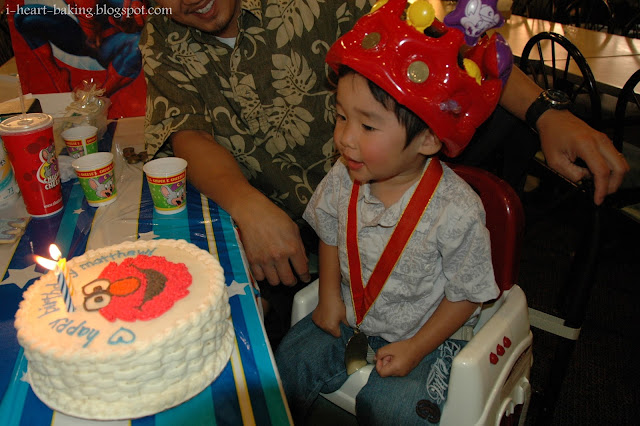 This is like the only picture I have of the inside of the cake, but you can get an idea of what it looked like. 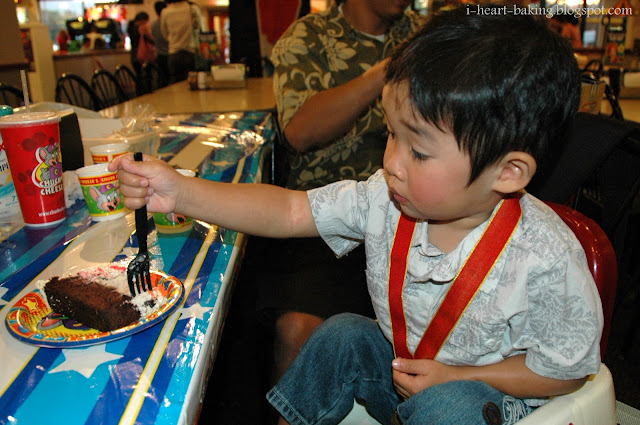 This year Matthew requested Superman for his birthday, so stay tuned for some upcoming Superman goodies!
Posted by michele at 5:06 PM