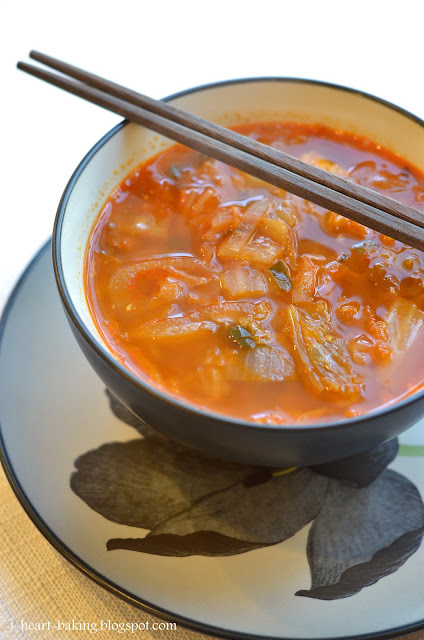 I've been into watching the show "Kimchi Chronicles" on PBS lately - it's a show where chef Jean-Georges and his wife Marja (who is half Korean) travel throughout Korea and taste different Korean foods, and then they go back home and each cook up a version of the dishes they tasted.  One weekend I watched an episode where they had kimchi jjigae, a spicy Korean kimchi soup.  My mouth immediately started watering, and after that day I've been obsessed with it! 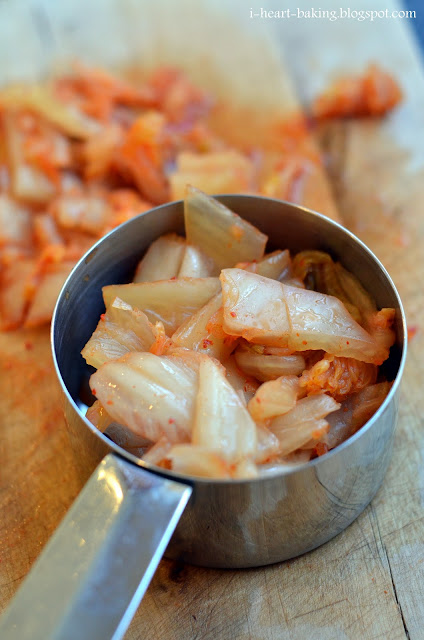 A couple of weeks later I was craving that spicy soup, so I decided to try making it using Marja's recipe.  I didn't have any pork belly on hand, so instead I used a leftover rotisserie chicken, bones and all.  I know, rotisserie chicken bones in kimchi jjigae is probably not the authentic way to make it, but I was desperate for some soup! 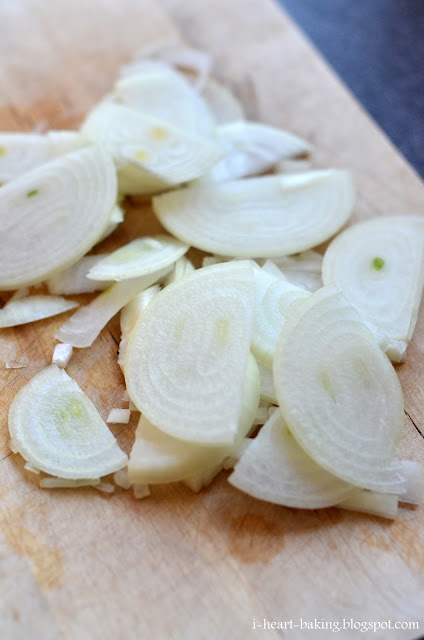 So I browned my leftover chicken and bones with some sesame oil in my cast iron pot, added thinly sliced onions and chopped kimchi, and then covered it with water.  Then I brought it to a boil and then let it simmer for over half an hour, then added a bit of fish sauce and scallions and allowed it to simmer for another 10-15 minutes. 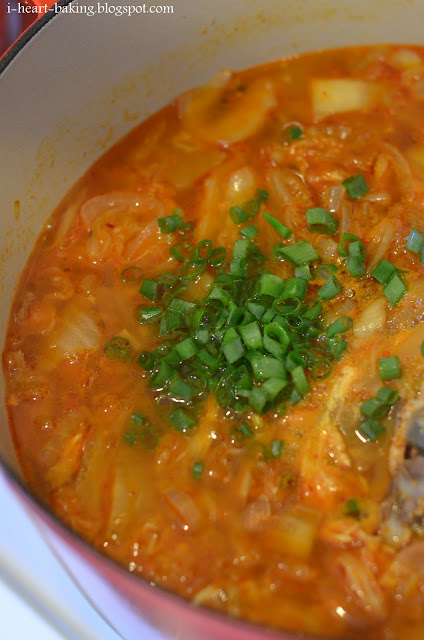 It was so simple to make, yet so delicious!  Hot, sour, spicy, salty ... perfect for a cold winter day.  Next time I'm definitely going to try it with the pork belly! 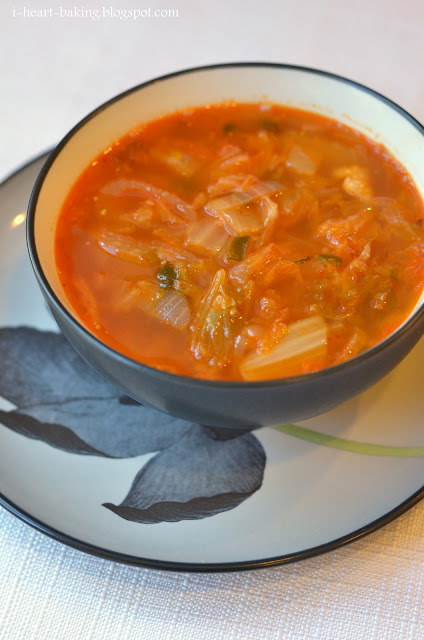 *** Update: I have no made this several times, using various meats such as leftover roast chicken or turkey, spam, or portugese sausage, and I still love it each time!  One note about using portugese sausage - it makes the soup extra spicy, so beware when inhaling soup as the spiciness will make you cough! 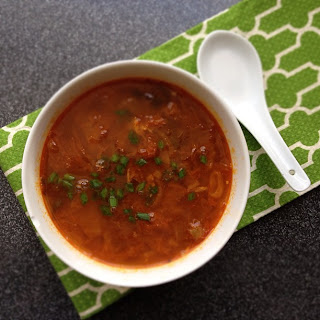