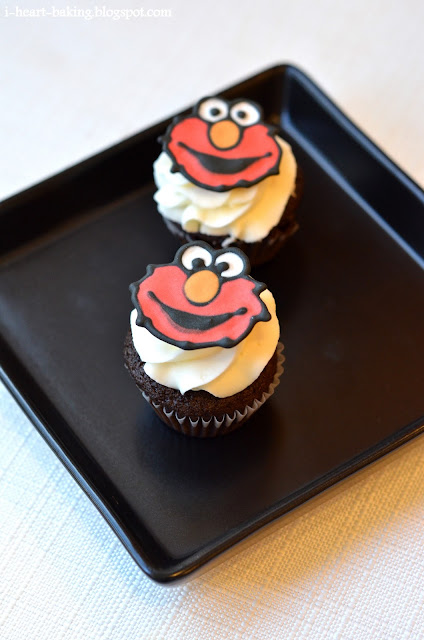 My last post was about the Elmo cookie favors that I made for my daughter's birthday party at daycare, so I also wanted to show you the Elmo cupcakes that I made to go with them!  I had made Elmo cupcakes a few years ago for my son's third birthday - I had used plastic Elmo rings as cupcake toppers, but this time I wanted to make everything edible! 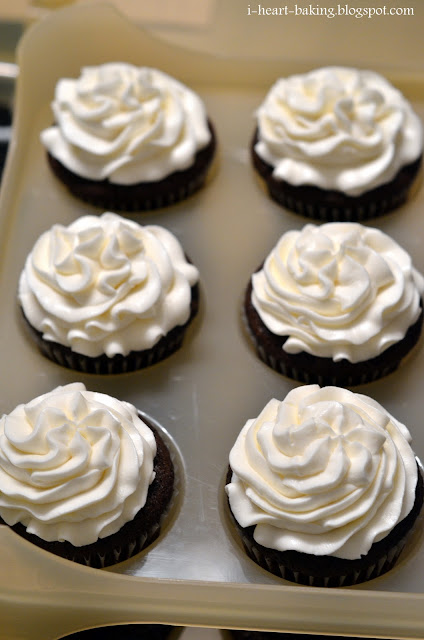 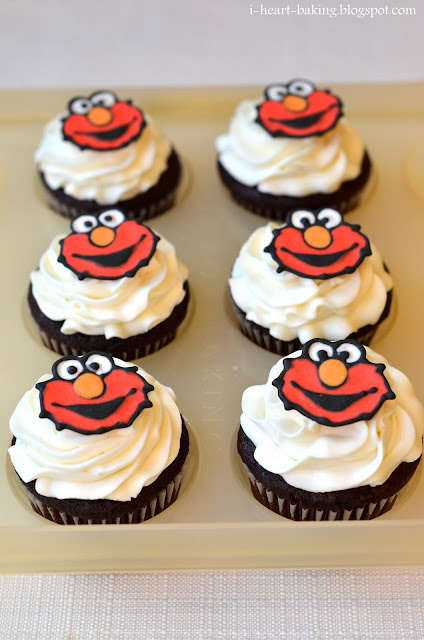 The final touch was topping the cupcakes with Elmo toppers that I had made previously by piping them with royal icing on waxed paper - the same method I used for the Superman cupcakes for my son's birthday. 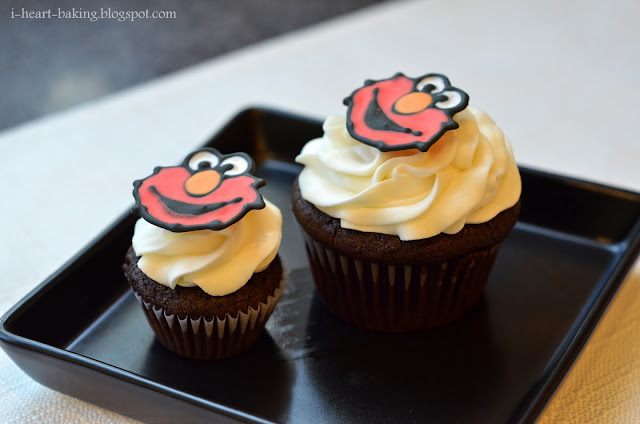 A few notes about using this technique:

* Give the royal icing at least 2 days to dry.

* Place your royal icing toppers on top of your cupcakes the day you are serving your cupcakes.  If you leave them on overnight, the toppers may wilt and the colors may bleed onto your frosting (not very attractive when black royal icing bleeds onto white frosting!) 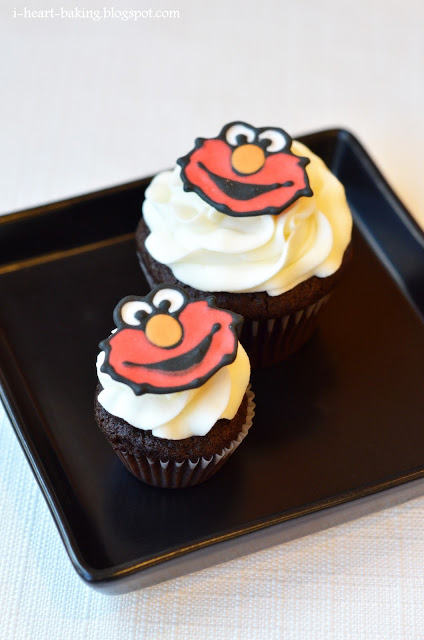 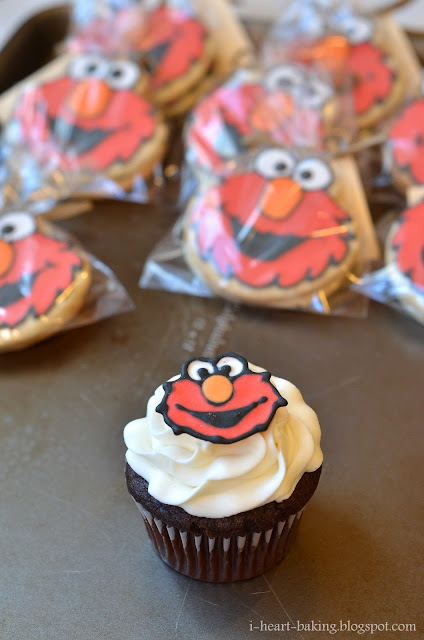