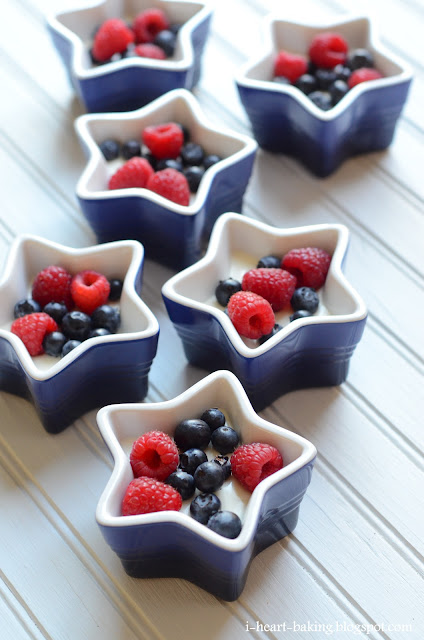 For Father's Day this year, I asked my husband what he wanted to do.  He decided that he would love for the family to spend the day at a lake near our house, so I obliged and planned a day of hiking and a picnic lunch.  For lunch I made ham and cheese sandwiches with farmer's greens, while my mom made sticky mochi rolls filled with shredded dried pork (pork sung) and chinese pickled mustard greens. 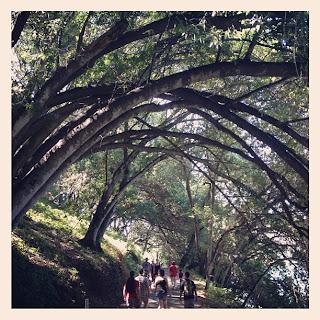 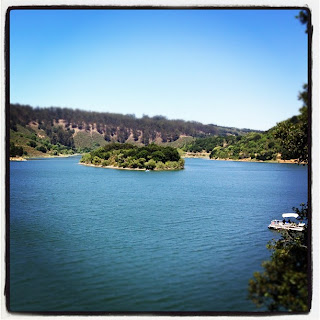 For dessert I had planned on making little portable jars of panna cotta and fresh berries, but I had waited too long to make them and didn't have enough time to let them set in the fridge.  So I figured we'd have them when we came back from the lake, and instead made them in cute star-shaped ramekins - a recent birthday gift from one of my best friends (thanks Reggie!). 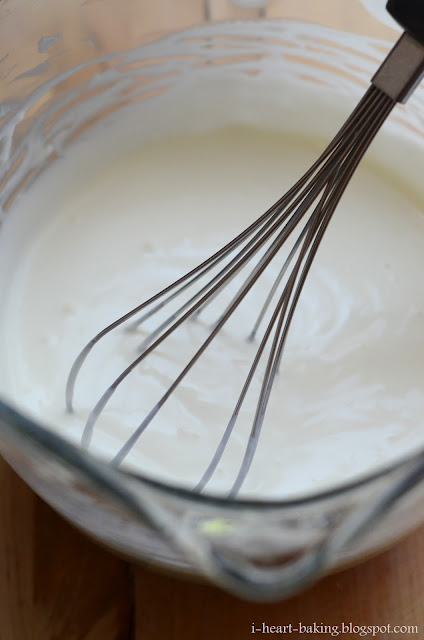 I used Ina Garten's panna cotta recipe, which uses heavy cream, yogurt, gelatin, sugar, and vanilla to create a tangy and delicious and panna cotta.  I poured them into my ramekins until they were almost full, leaving some space at the top for the berries topping, and then let them set in the fridge. 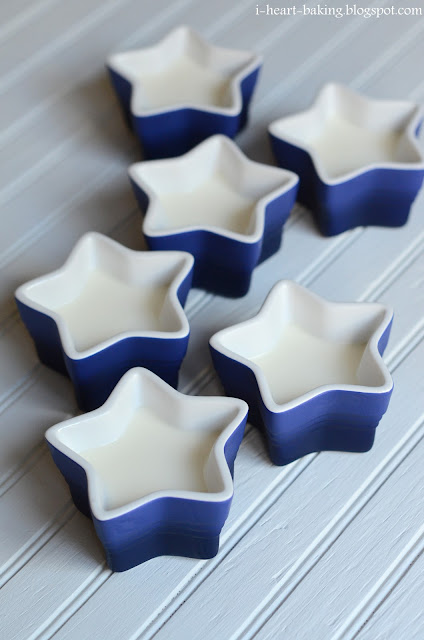 After they were set (about 5 hours later), I topped them with fresh blueberries and raspberries. 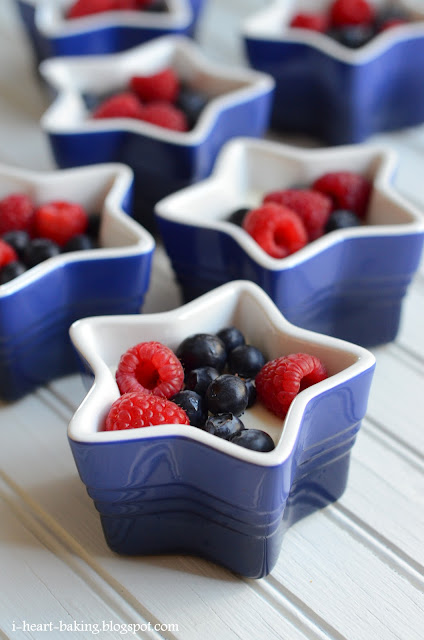 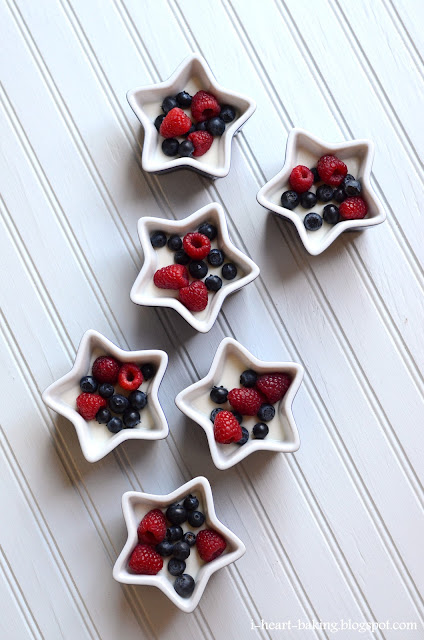 Then I made the balsamic strawberry topping from the same panna cotta recipe, which combines sliced strawberries with balsamic vinegar and sugar, and poured that over the fresh berries. 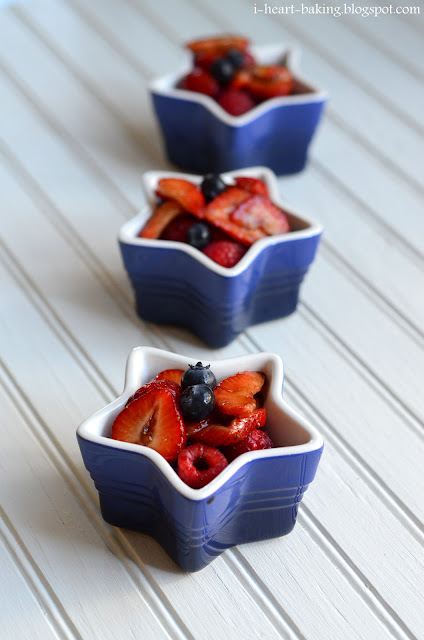 I also made a few in the little jars that I had planned on, just so I could see my original vision come to life.  Aren't they cute? 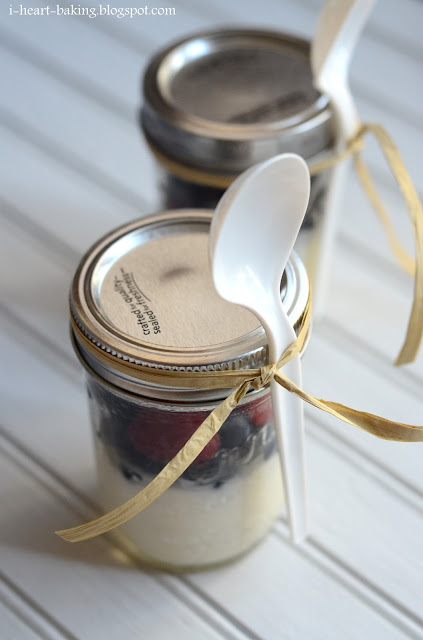 I think these would also be great for a simple Fourth of July dessert! 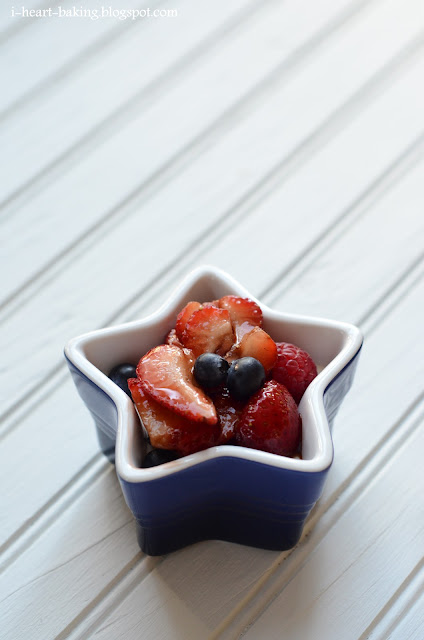