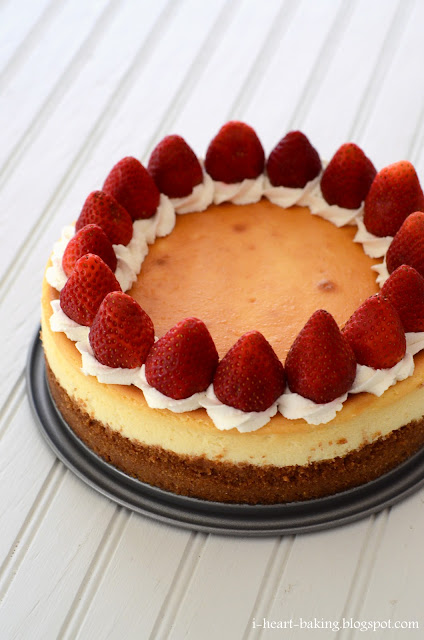 My daughter's daycare was throwing a surprise birthday party for her teacher Ms. Jerry, and on the sign-up sheet of things to bring was "cheesecake".  Not cake, or birthday cake, or even cupcakes ... specificially cheesecake.  Ms. Jerry must like cheesecake!  So of course I had to put my name down for it!

I decided to use a recipe from Dorie Greenspan's book "Baking: From My Home to Yours", a recipe which I had previously used for my red velvet cheesecake, except this time I would use a 9-inch springform pan.  So I started by making the graham cracker crust, which I pressed into the bottom and sides of my pan, and then baked it until golden brown (about 10 minutes). 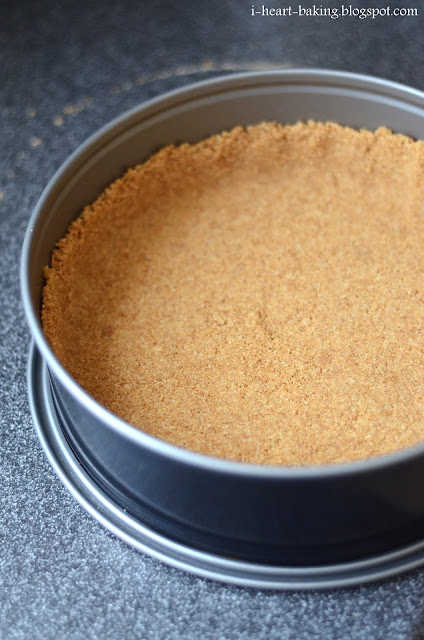 Next up was making the filling.  The first thing to do was to beat the cream cheese until it became really light and fluffy, about 4 minutes.  Then I added sugar and salt, and beat it for another 4 minutes. 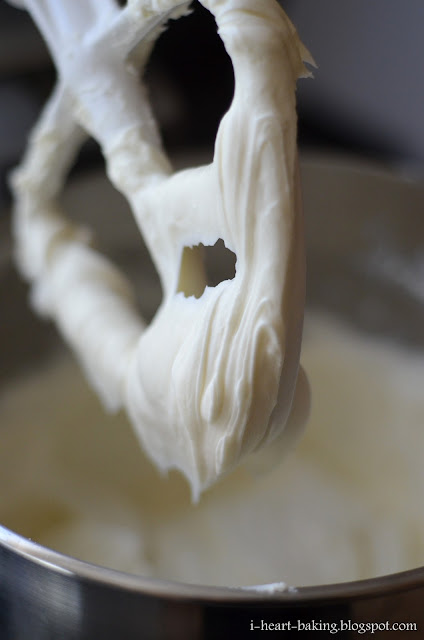 Then I added vanilla. 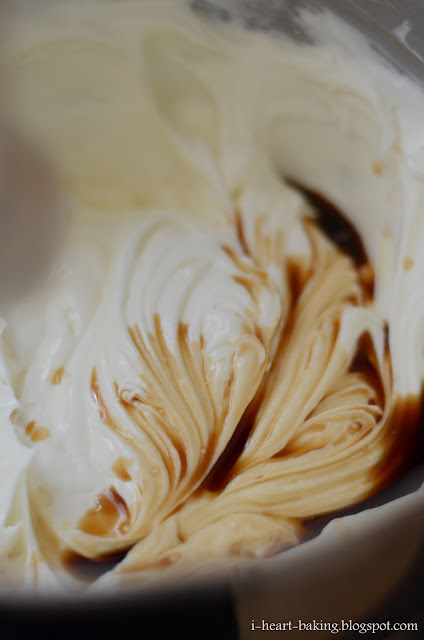 And then I added eggs and heavy cream (or you can use sour cream, but I used heavy cream because I almost always have it in my fridge for making ice cream!). 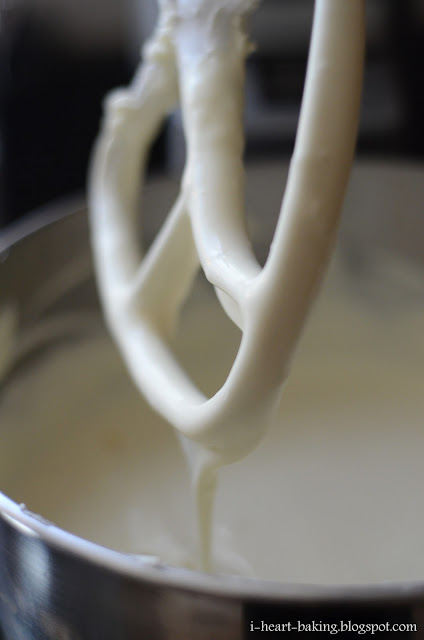 Once the filling was ready, I wrapped the outside of my springform tightly with aluminum foil, poured my batter in, and smoothed the top with an offset spatula.  Then I baked it in a water bath for 1 hour and 30 minutes, after which I turned off the oven and let the cheesecake sit in the oven for another hour. 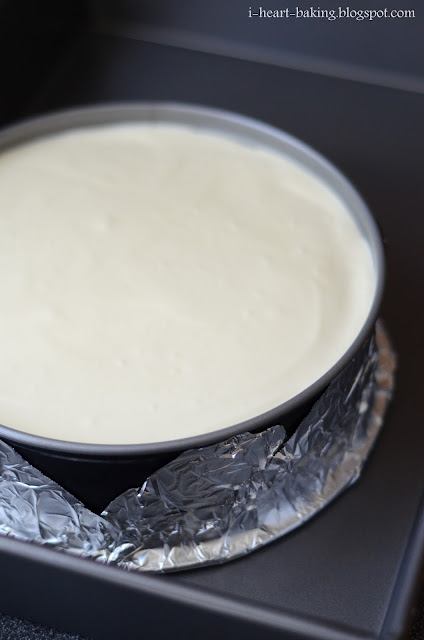 And out came a beautiful cheesecake, no cracks! 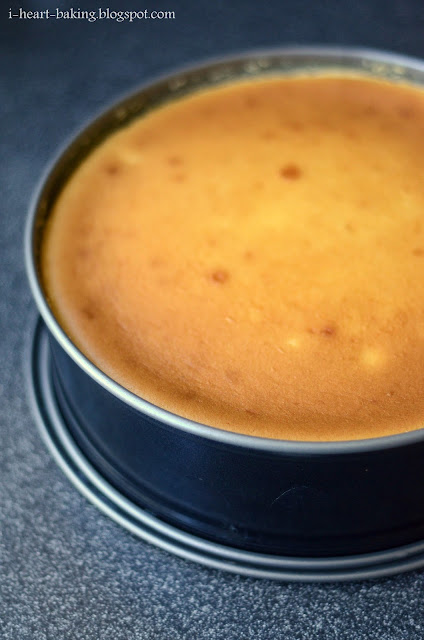 Then I unmolded it, decorated it with swirls of freshly whipped cream, and placed fresh strawberries on each swirl. 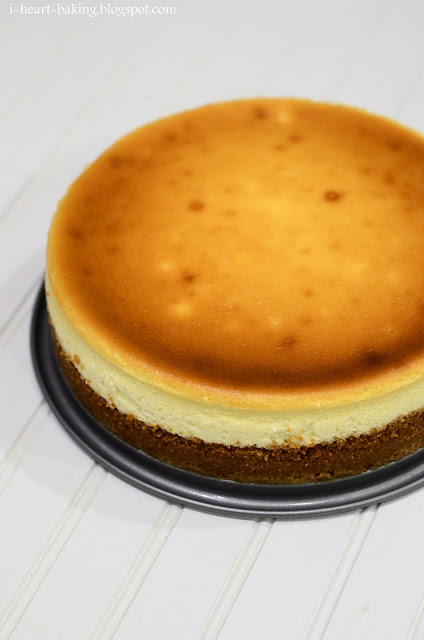 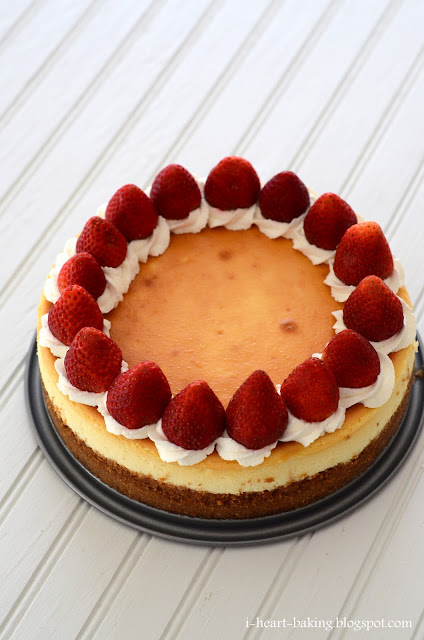