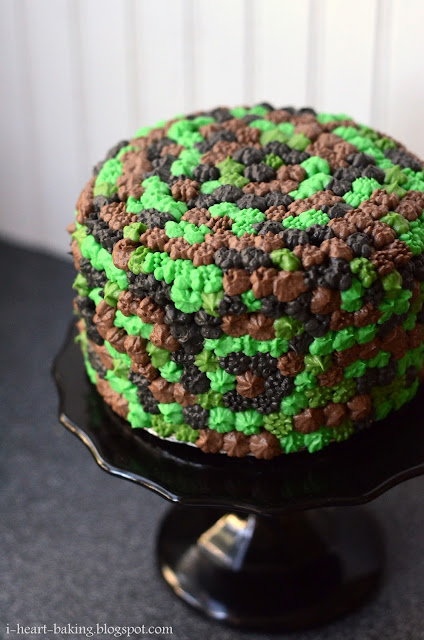 For my husband Grant's birthday last year, I made him this camouflage petal birthday cake.  I had wanted to make him a "manly" cake, but I guess the term "petal cake" isn't so manly!  This year I decided to make him another camouflage cake, this time using a "pom pom" effect that I saw on here on Pinterest, which eventually led me to this I Am Baker cake!  Even though the term "pom pom" isn't exactly "manly" either, I had the idea in my head and I couldn't shake it.  So I bought a bunch of Wilton grass tips and I was on my way! 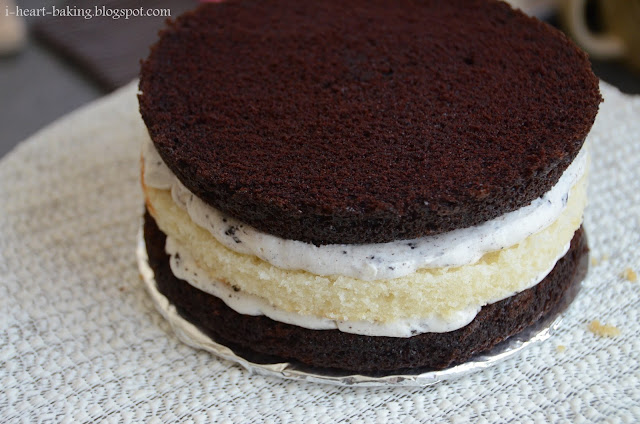 I started by baking a 6-inch vanilla cake, and 6-inch chocolate cake.  After they had cooled, I sliced them in half horizontally with a serrated knife.  Then I whipped up a big batch of fresh whipped cream.  I took a portion of the whipped cream and mixed it with chopped Oreo cookies, and used that to fill the cakes. 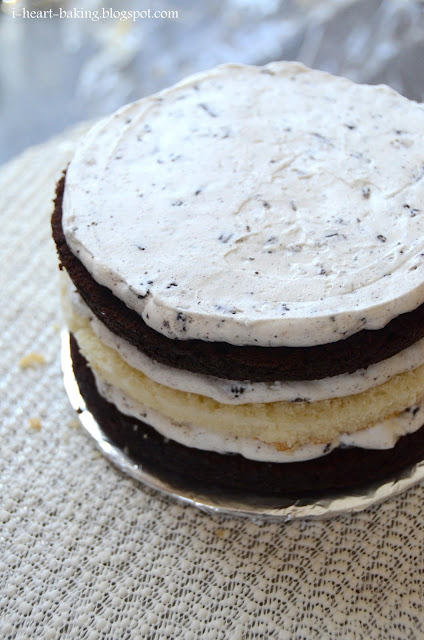 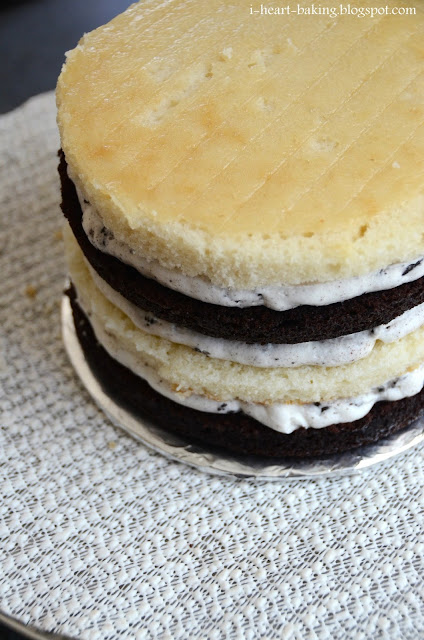 After covering the cake in a quick crumb coat of the whipped cream, I divided the rest of the frosting into portions to be colored brown, black, green, and olive drab green.  As with last year's cake, I used cocoa powder to help color the brown and black frosting in order to minimize the amount of food coloring I was using. 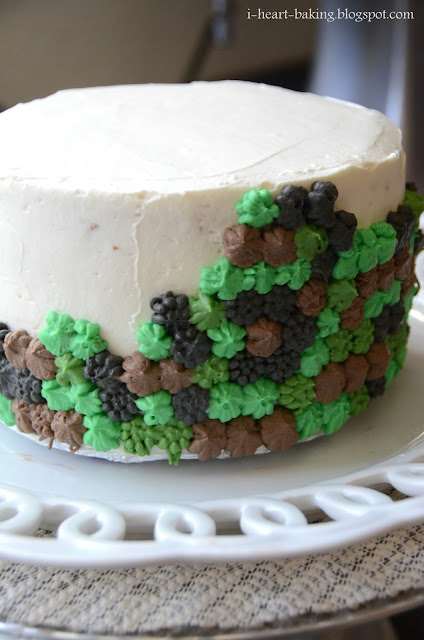 Once the frosting was colored, I fitted my piping bags with my new grass tips and filled the bags with the different colors of frosting.  And then I started piping my pom poms! 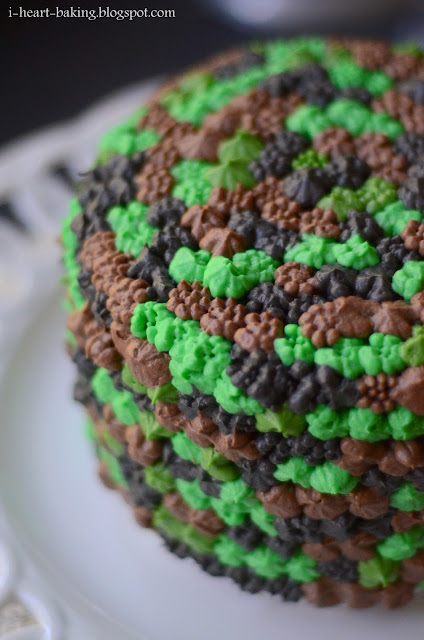 As I was piping away, several of the pom poms came out looking like messy blobs.  It could have been because my frosting was getting too soft, or because the tips were getting clogged, or because I was using whipped cream for frosting!  But I only had a limited amount of time, with a three-month old newborn at home, and a husband and our other two kids who were about to come home to an unfinished cake!  So I kept piping away, trying to clear my piping tip and cool down my frosting in the fridge as often as I could. 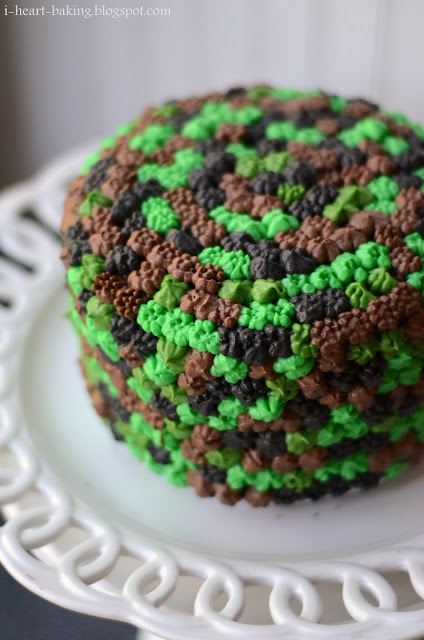 Although the cake turned out messier than I would have liked, it still tasted delicious with it's cookies-n-cream goodness! 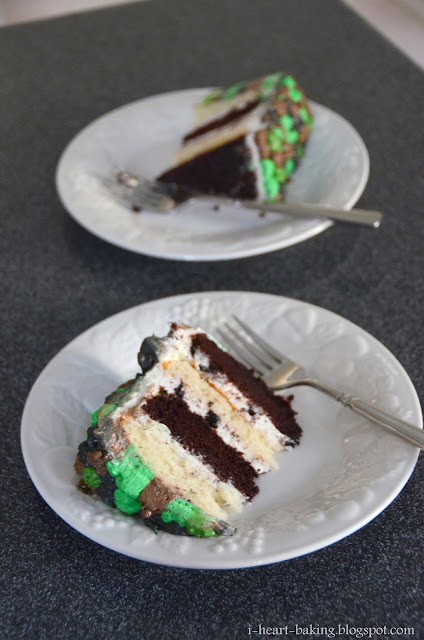 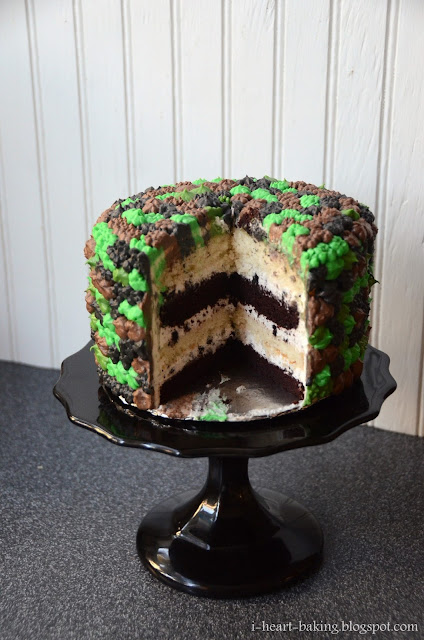 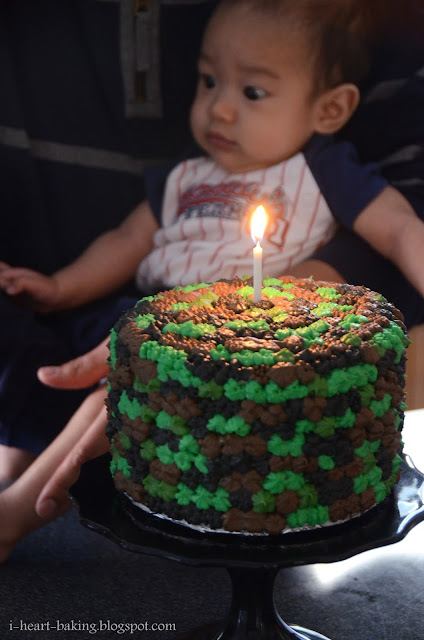