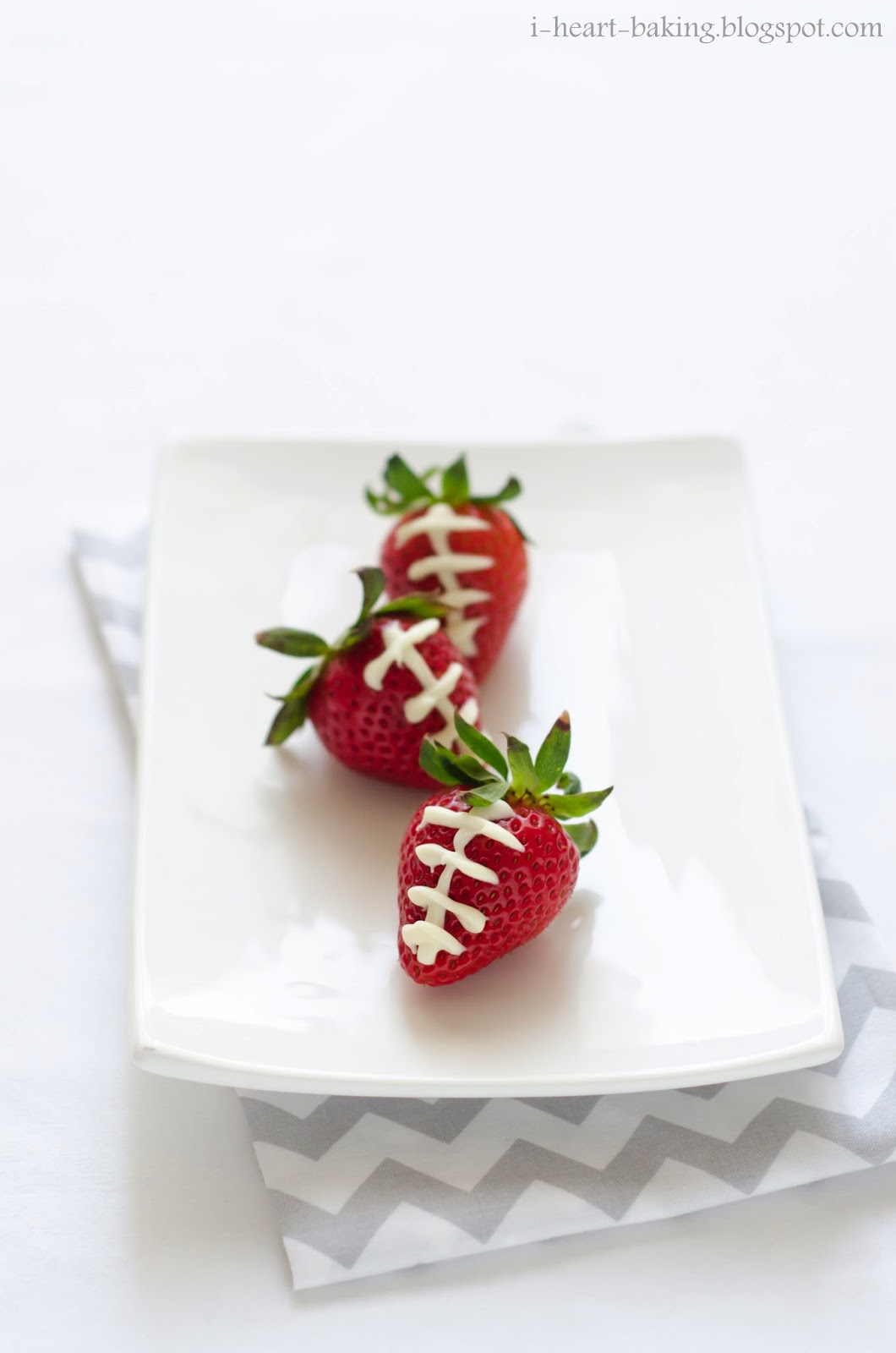 For Melodie's preschool Chinese New Year's party this year, the only thing left on the sign up sheet was "strawberries". So I signed up for that. But of course, I couldn't just bring plain 'ol strawberries, so I decided to dress them up with a bit of melted white chocolate. I melted some white chocolate chips on the stove in a double boiler, then let it cool slightly before pouring the chocolate into a ziplock bag with a corner snipped off (I was too lazy to deal with piping bags and tips - it was midnight by the time I got around to making these!), and then piped a bit onto each strawberry.

The next day, when my son Matthew saw me bring the strawberries to Melodie's preschool, and he whined, "Awww, but I won't get to have any!" I assured him that I had another package of strawberries at home, and that I would make some for him as well.

And that's when I thought to myself, wouldn't it be cute to pipe football laces on the strawberries, especially since it was going to be Superbowl weekend? 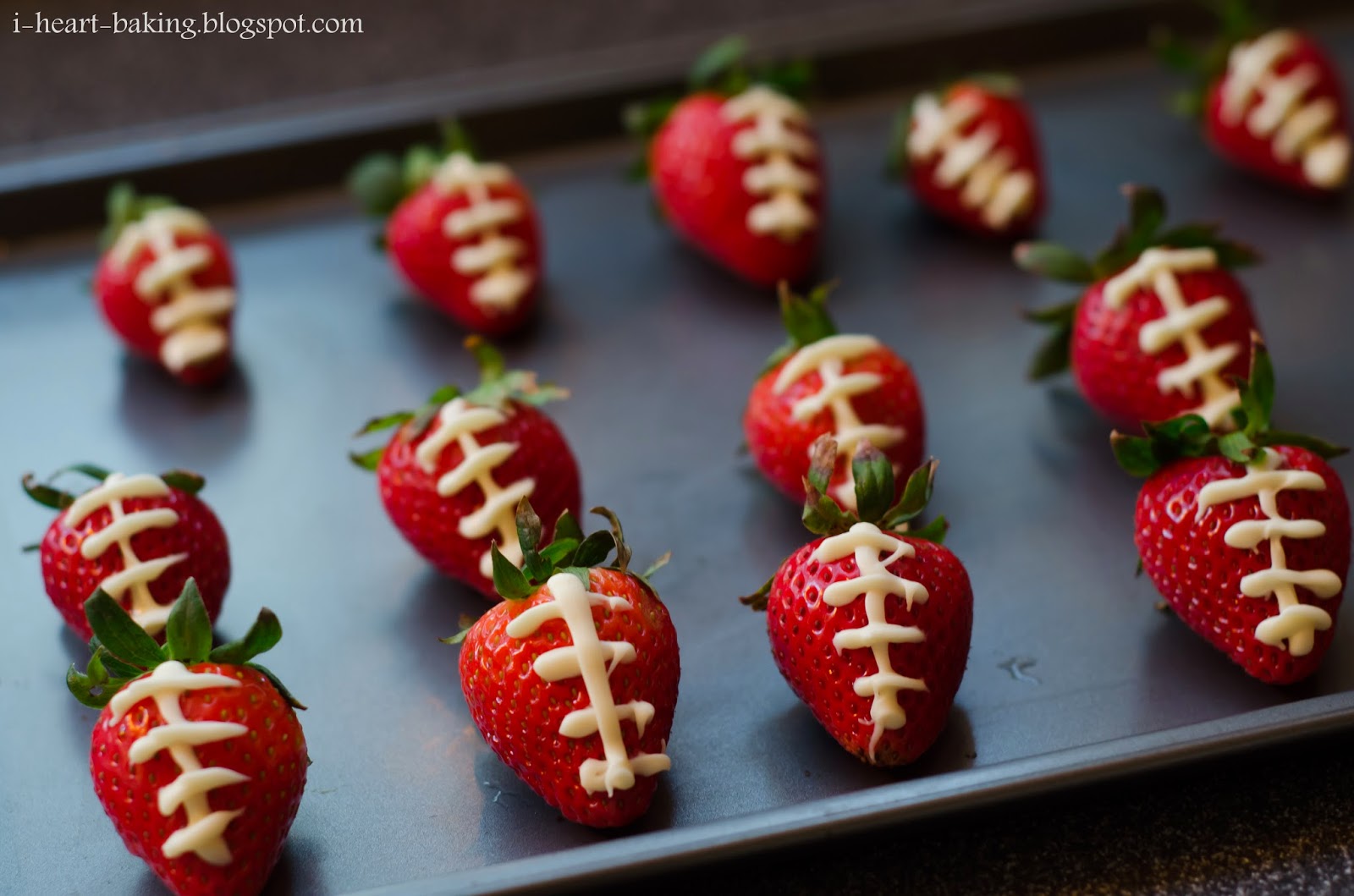 So I washed and dried my strawberries, and again used a ziplock bag to pipe my melted white chocolate. (Although I think next time I'll use a piping bag - the ziplock method is pretty convenient, but I can't stand how messy it looks!) 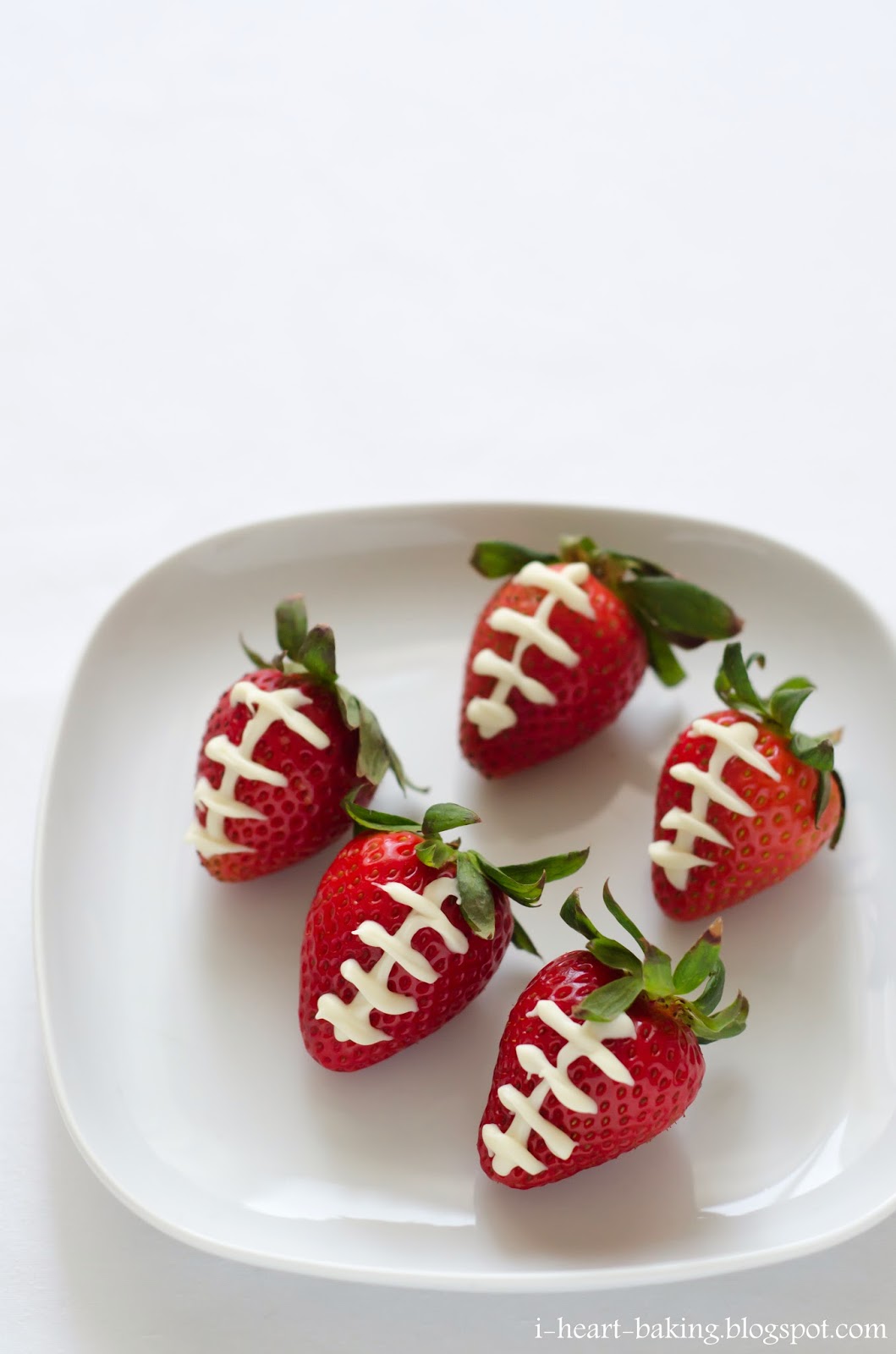 Matthew saw me piping them and said, "Hey, they look like footballs!" Awesome! I was starting to think they looked kind of silly! 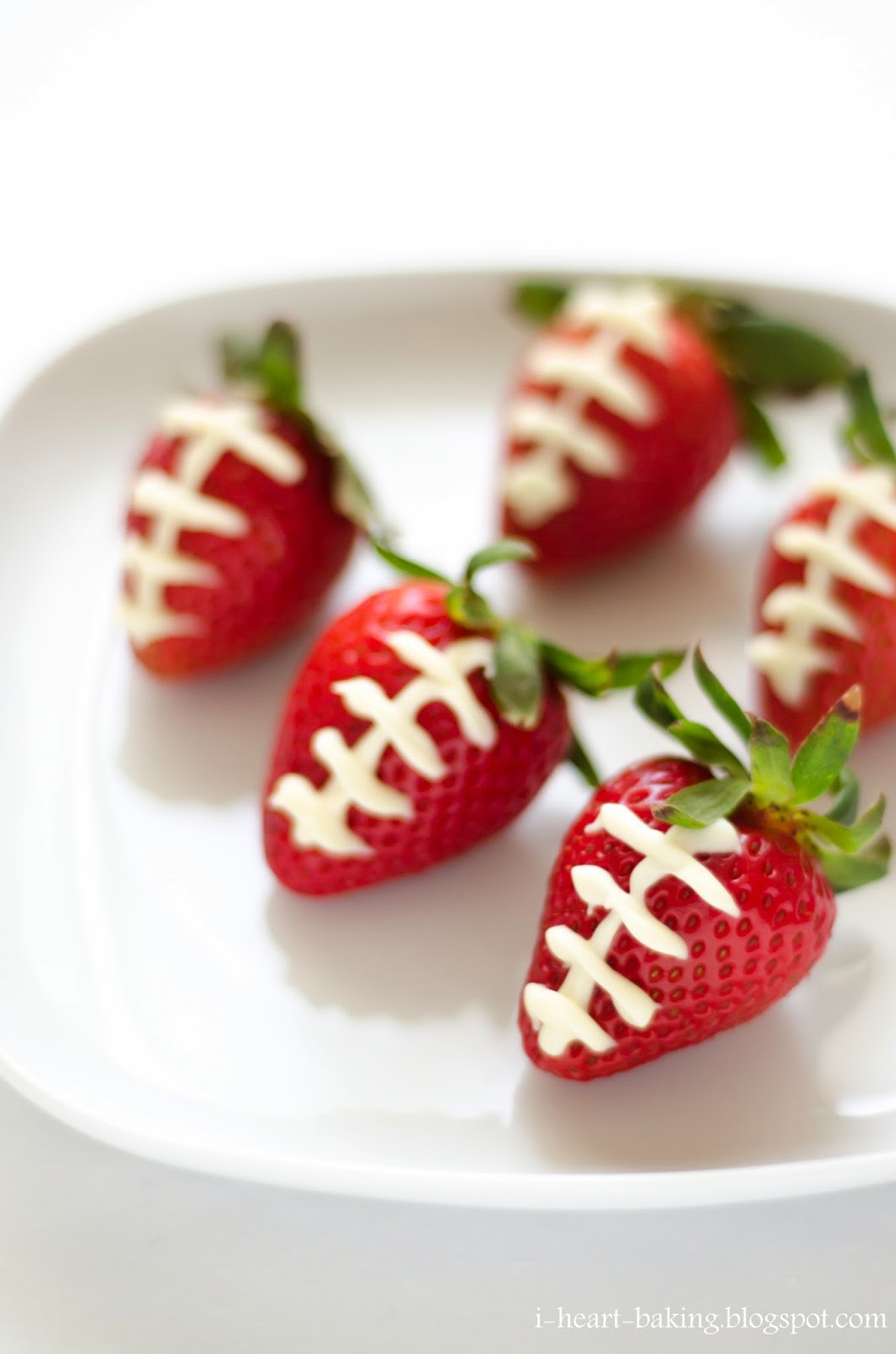 Turns out I wasn't the first one to think of this though! There are a ton of strawberry footballs out there on the internet, and most of them are even fancier because they are dipped in milk chocolate first, and then decorated with white chocolate laces. Oh well, great minds think alike ;) 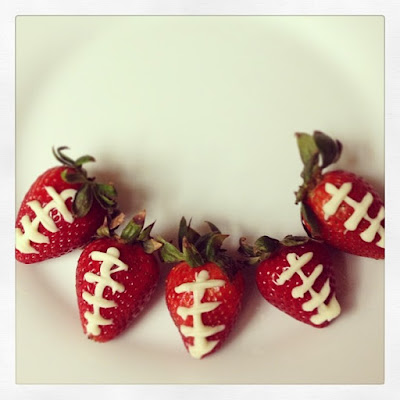