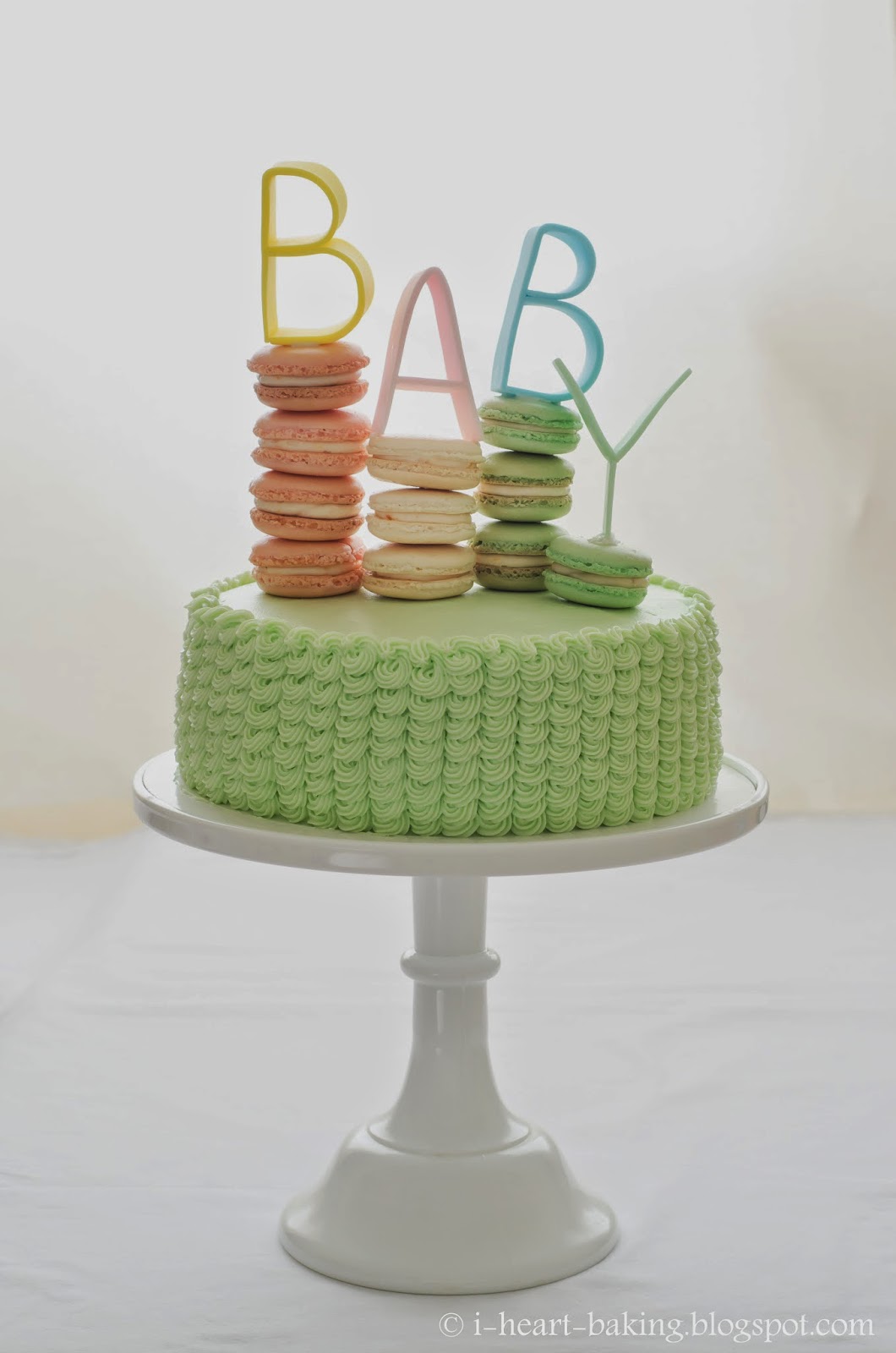 When my friend Irene asked me to make a cake for her baby shower, I said yes right away! Irene is not only super stylish, she is also a major foodie, and I was so flattered that she asked me! I met Irene through my friend Helen, also a stylish foodie, and what's really cool is that a few years ago Helen had asked me to make macaron and cookie favors for Irene's bridal shower, so I had a part in making goodies for Irene's bridal shower and baby shower!

Irene already had this cake by Herriott Grace in mind, and it was adorable so I couldn't wait to start on it. We decided on vanilla cake layered with fresh peaches and whipped cream, and covered with cream cheese buttercream. (Note: You can find a similar the recipe in my new book, "The Hello Kitty Baking Book", except with fresh strawberries insteaf of peaches!)

The first thing I started on was making the fondant letters, about a week before the baby shower, as I knew I would need to give them time to dry out. 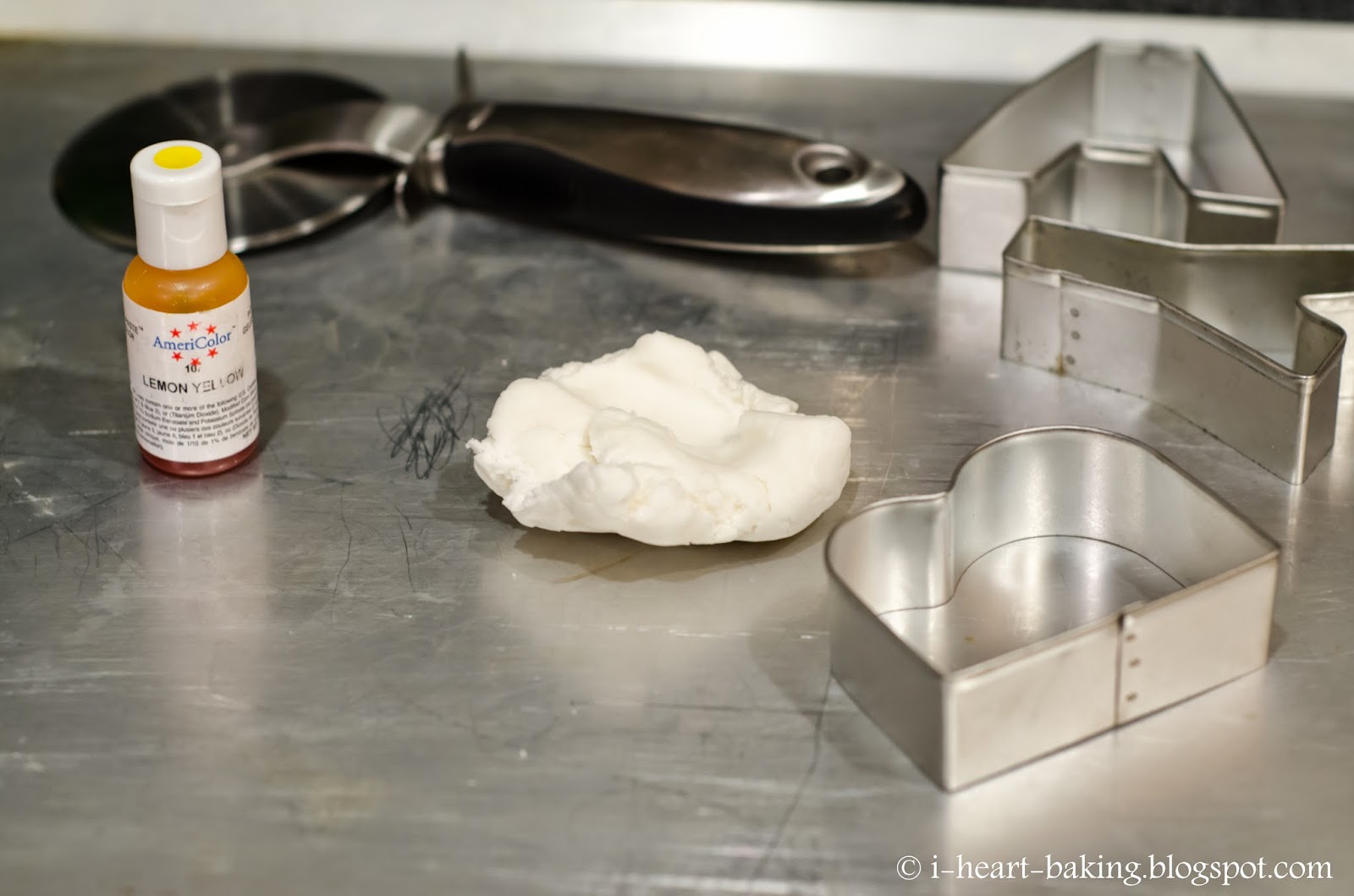 For this I used store-bought fondant, which I colored, rolled out, cut, and shaped into letters (using these cookie cutters as guides). 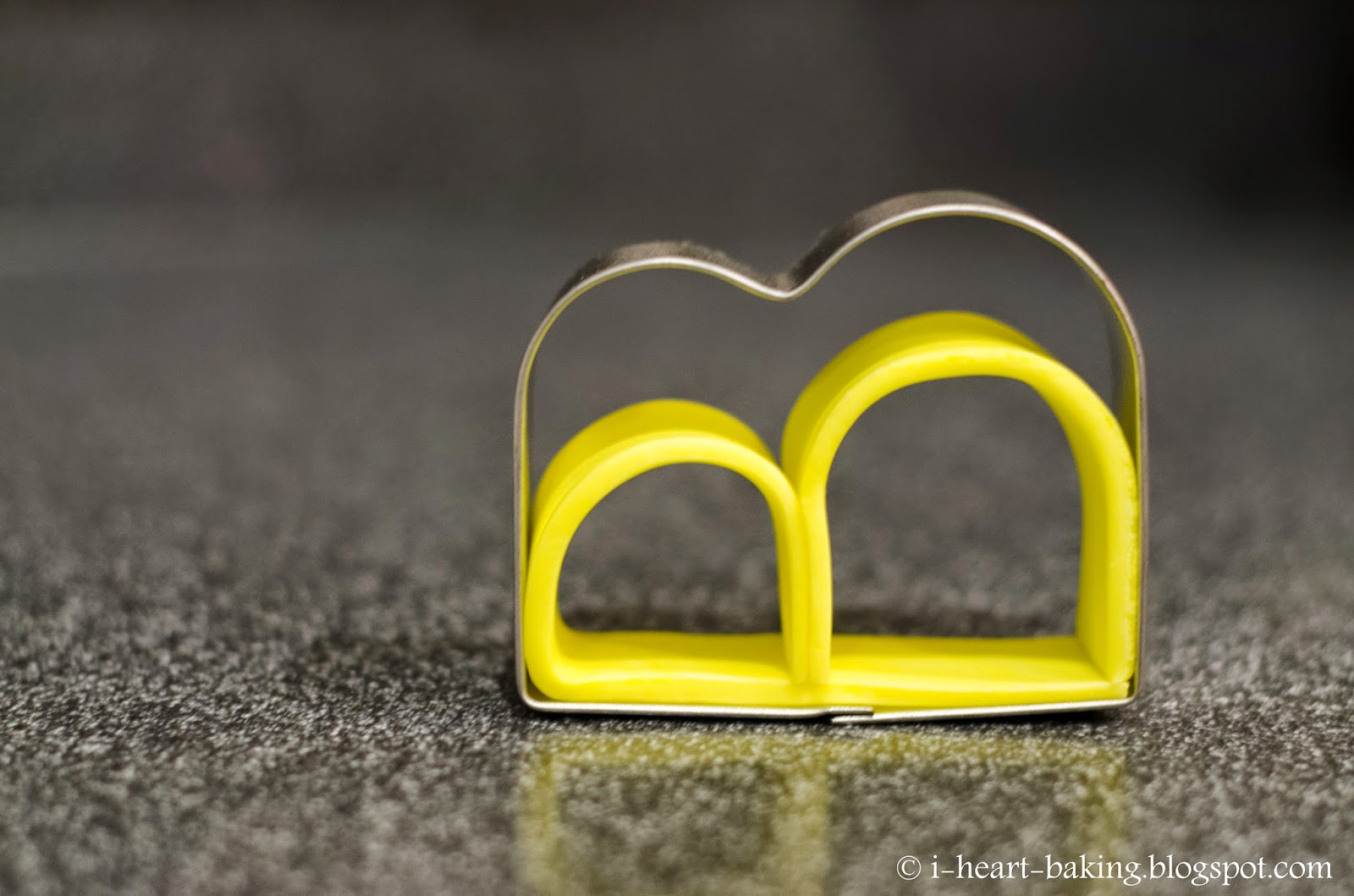 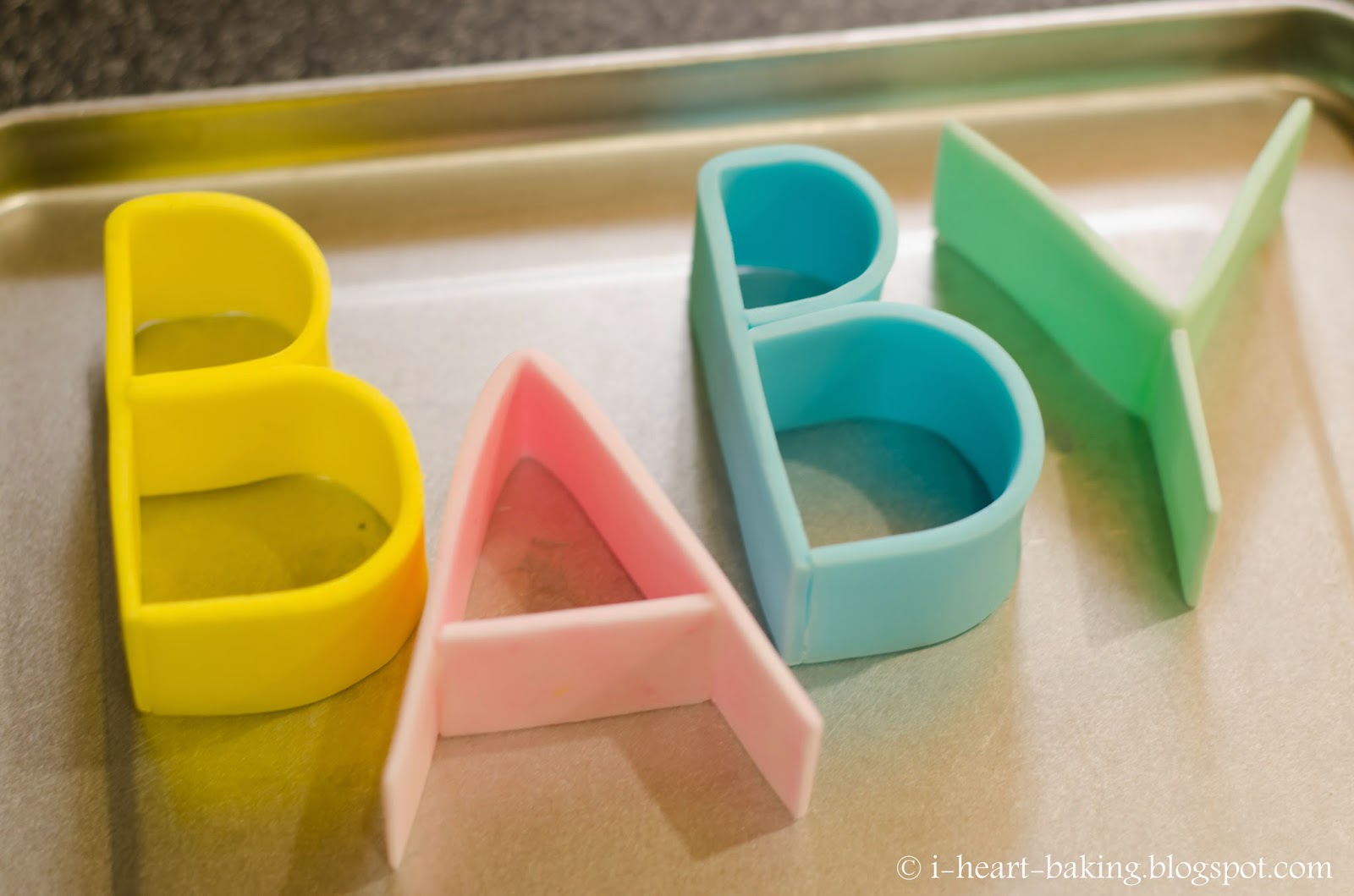 Then a few days before the baby shower, I made the macarons, since they need at least 24 hours in the refrigerator to "set" properly. I followed the cake example and made them in pink, green, and white. 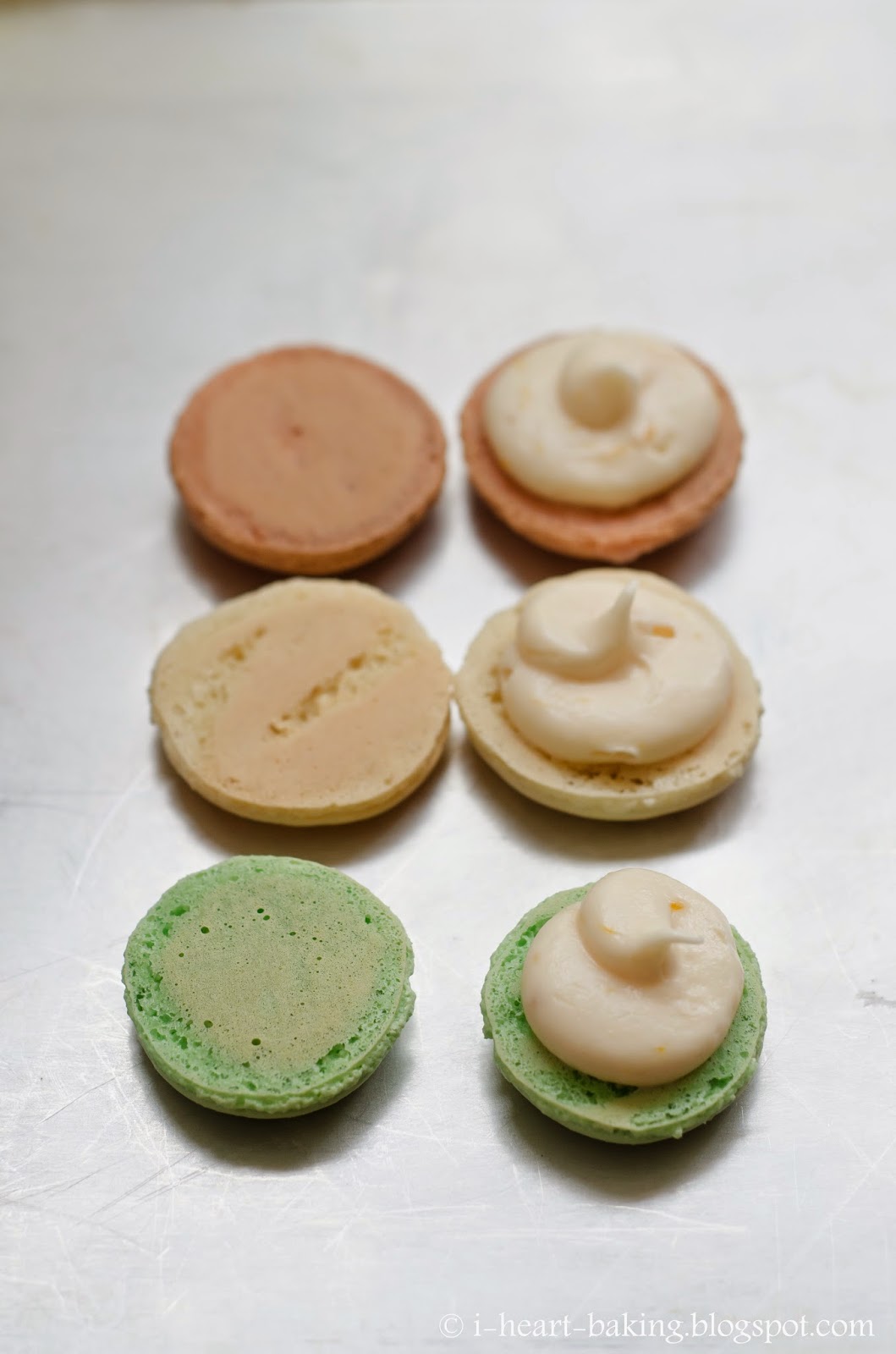 And filled them with a peachy cream cheese filling (flavored with peach preserves). 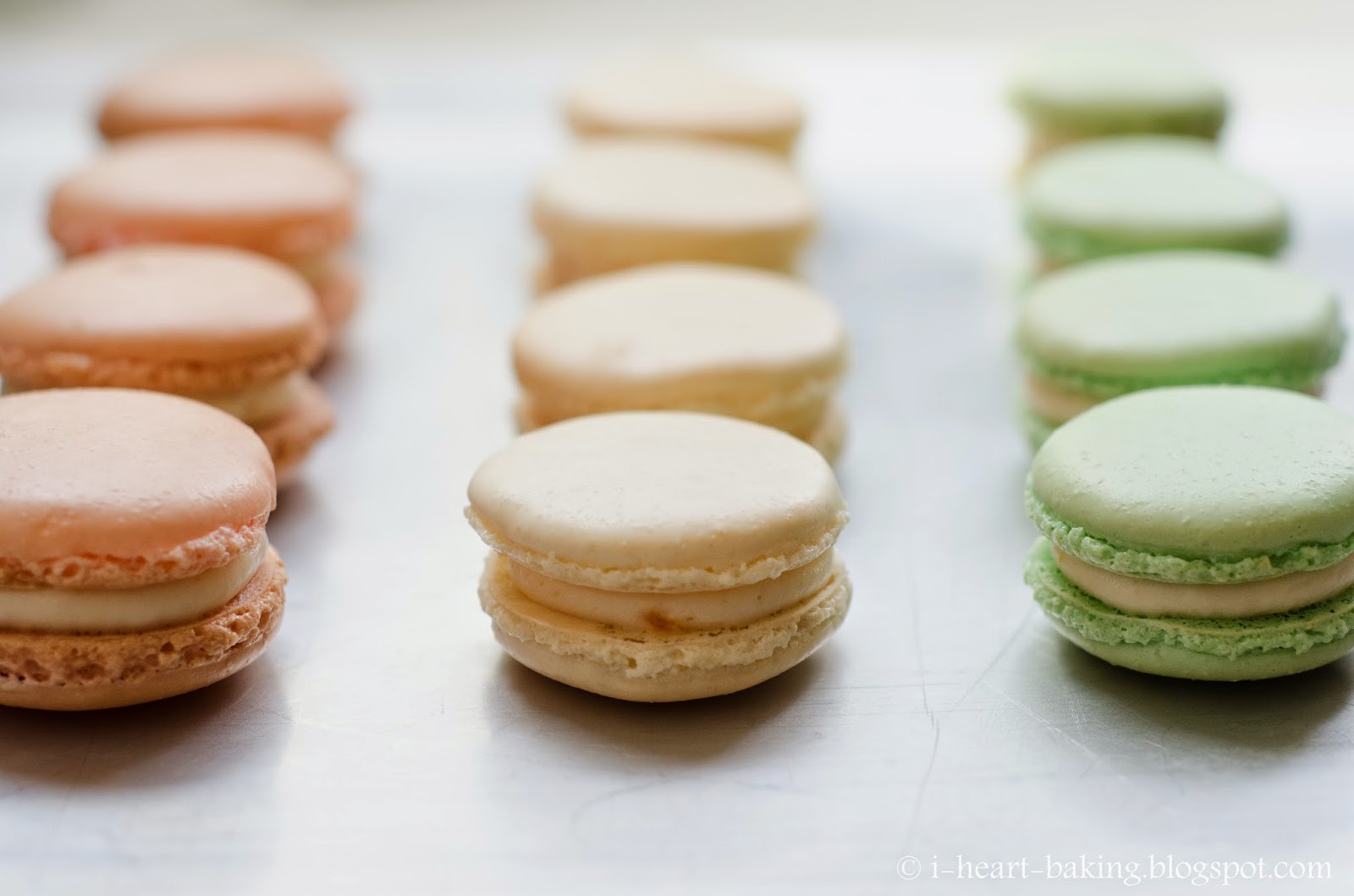 Then it was time for the cake. Homemade vanilla cake. Freshly whipped cream. Fresh sliced peaches. What a combination! 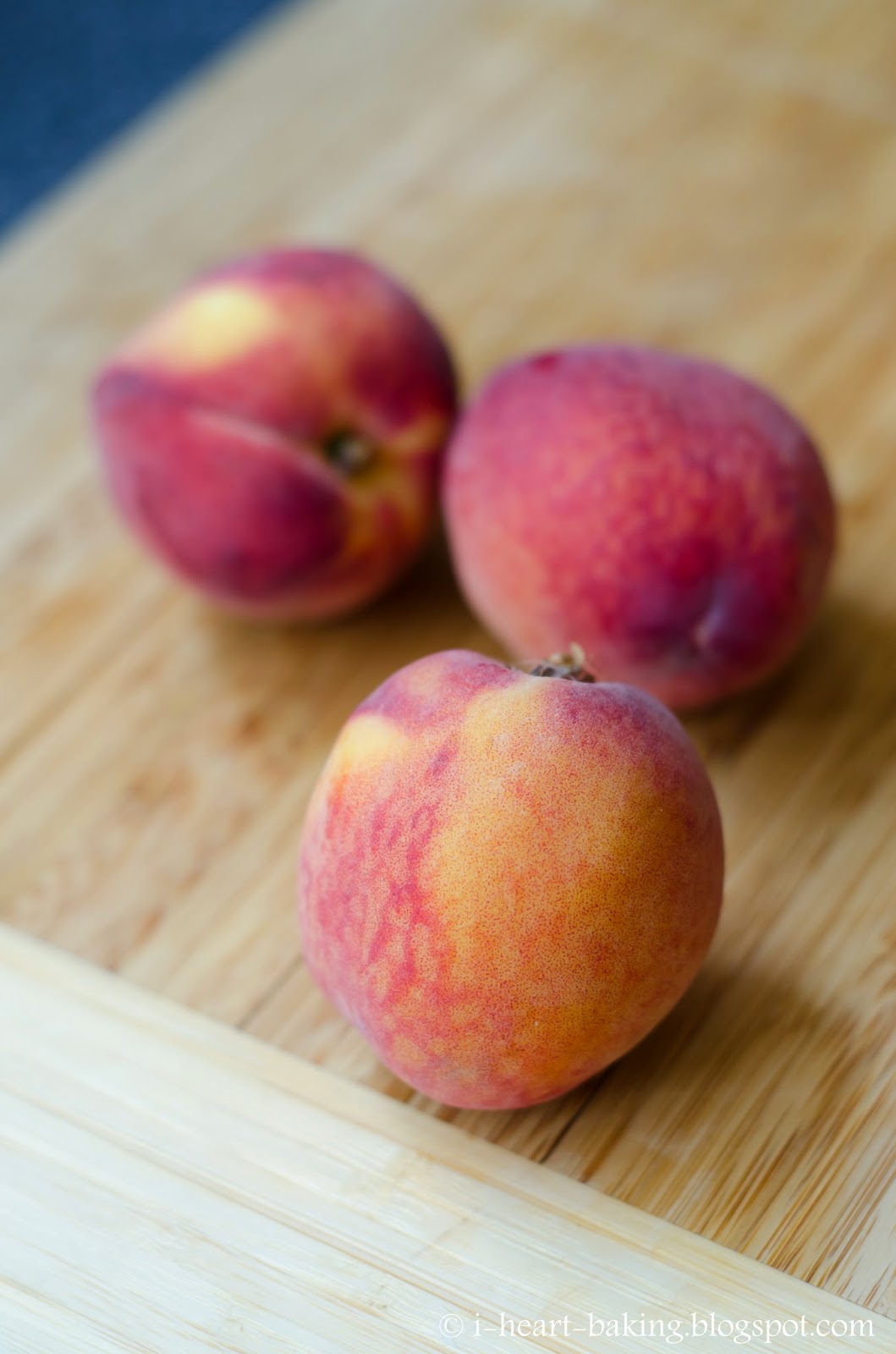 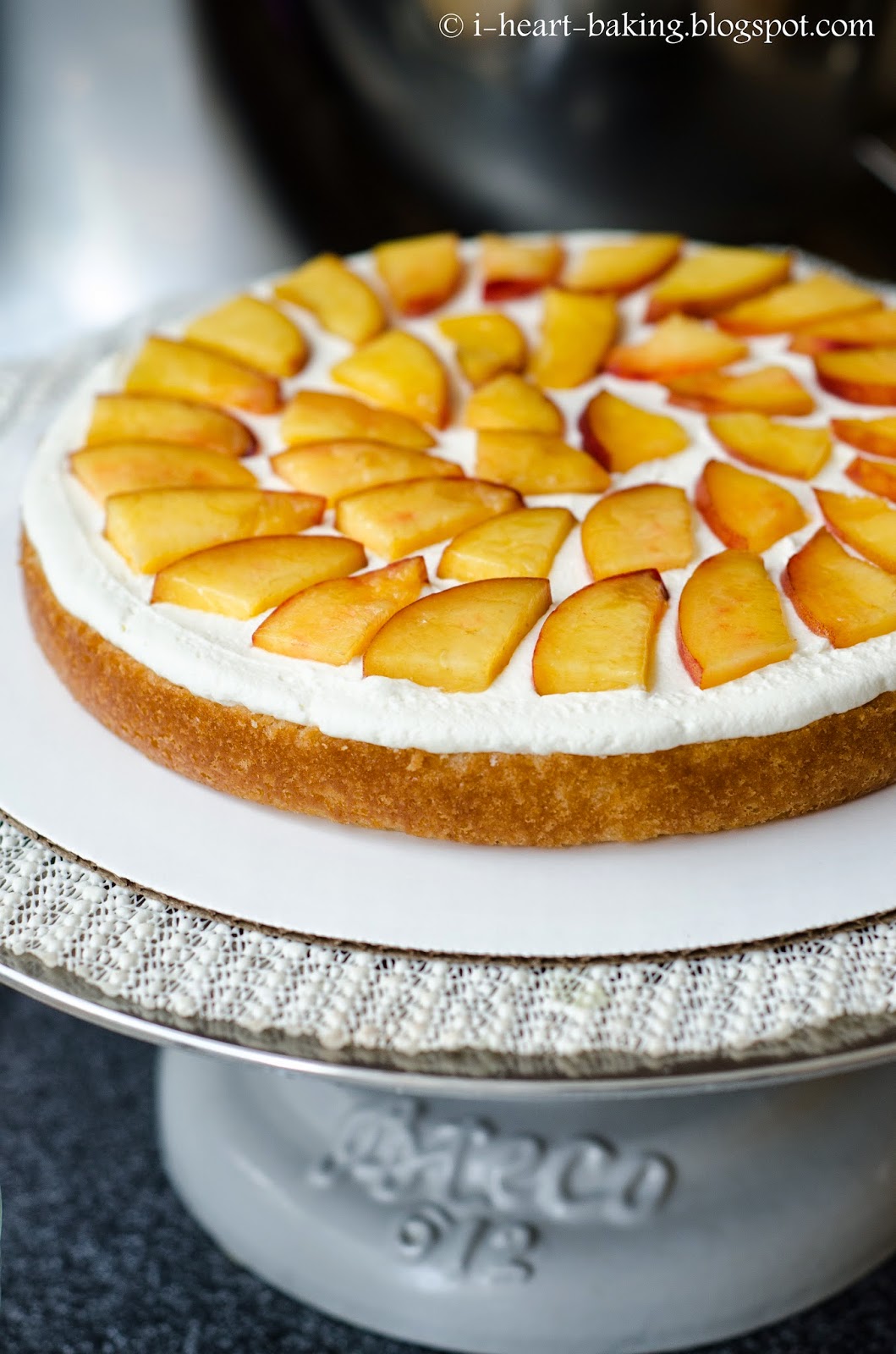 After filling and stacking the cake, I whipped up a cream cheese buttercream and tinted it mint green, and then covered the top and sides of the cake with using an offset spatula. 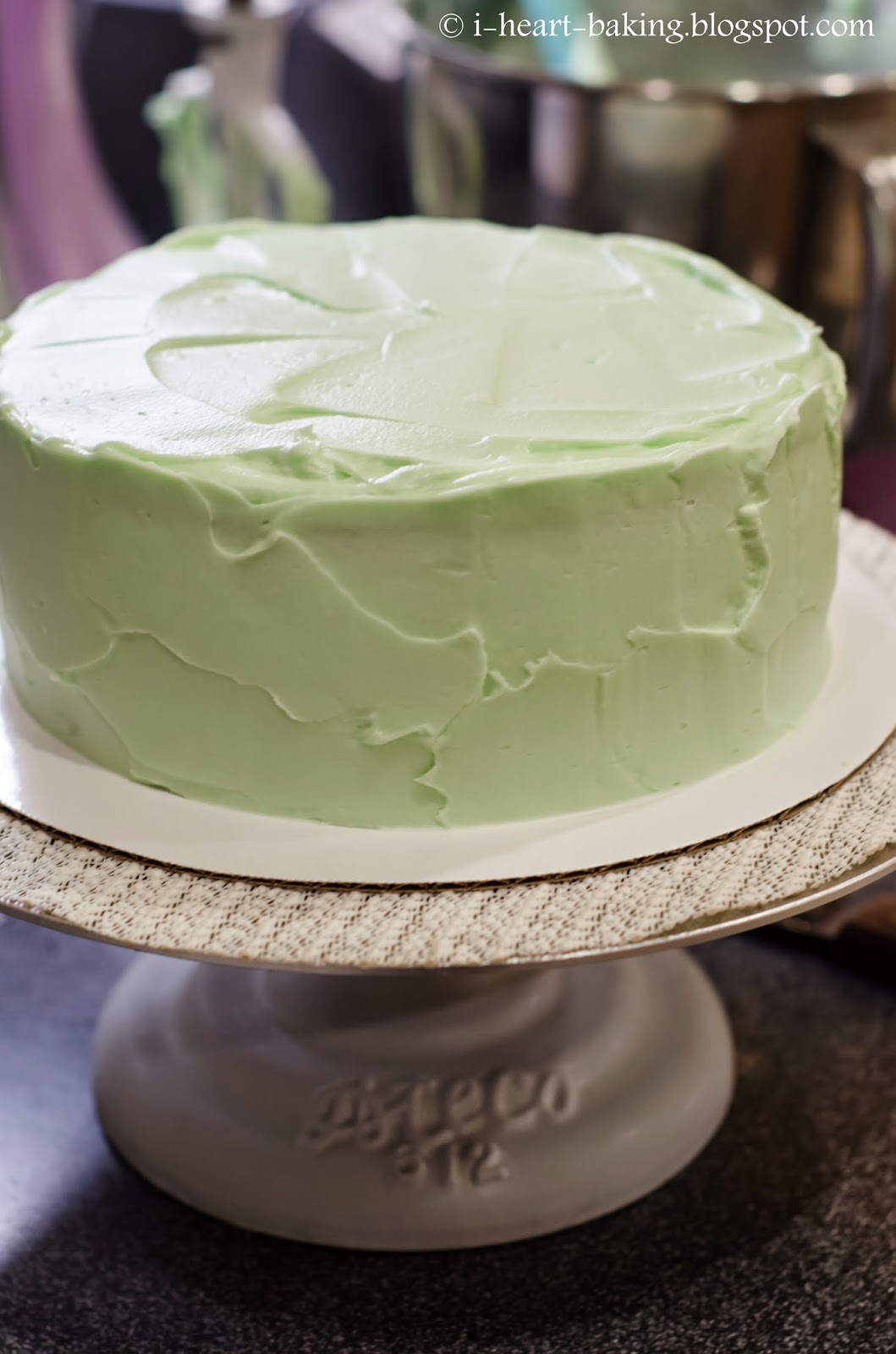 After smoothing out the top and sides, then came the fun part - piping the sides! I followed the cake example and used a star tip to pipe vertical ruffly swirls up along the sides of the cake. So simple and yet so pretty! 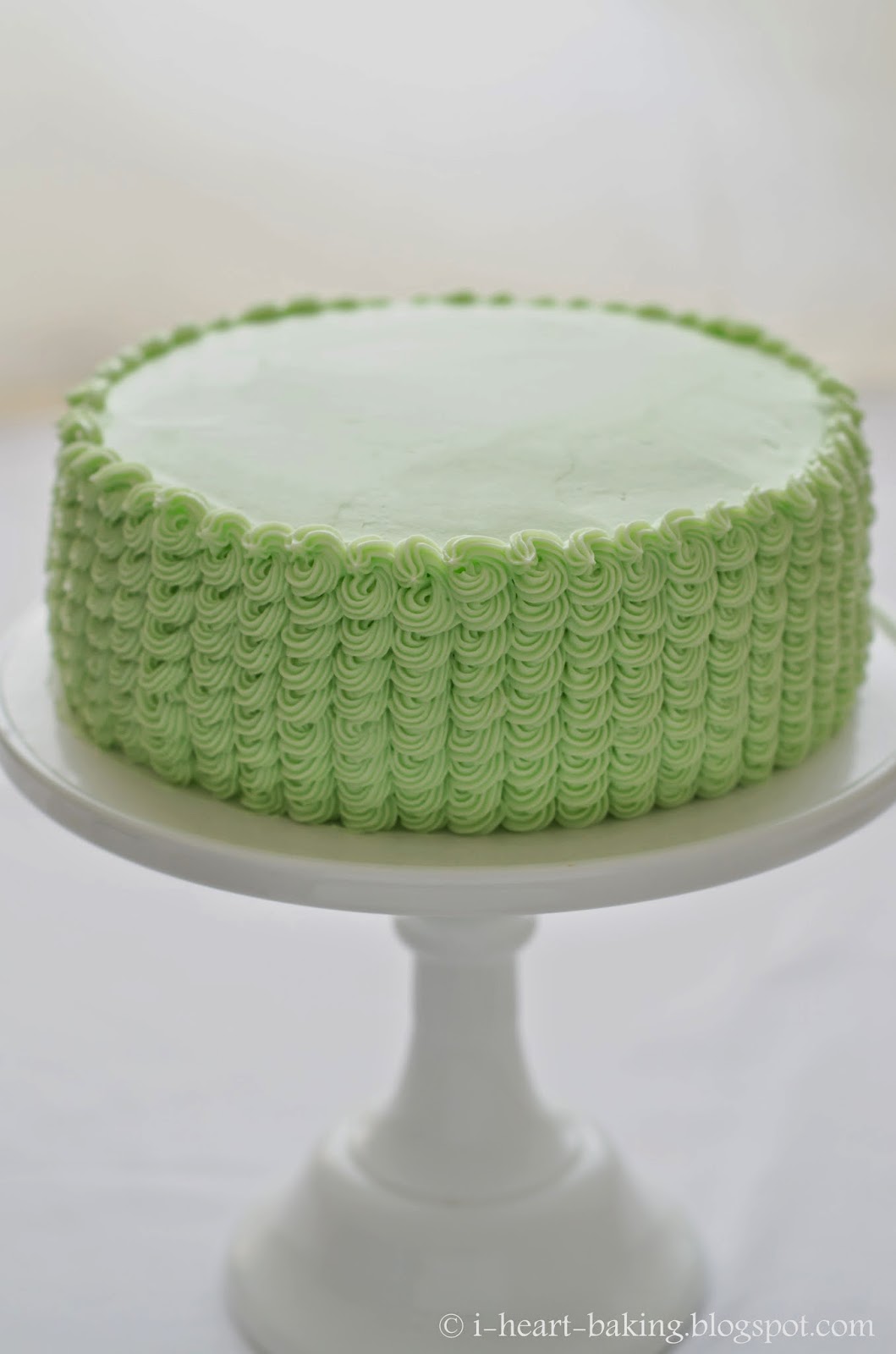 The final touch was stacking the macarons and the fondant letters. I used royal icing to attach each letter to a macaron, and then I used a thin floral wire to connect all the macarons together and hold them in place on top of the cake. 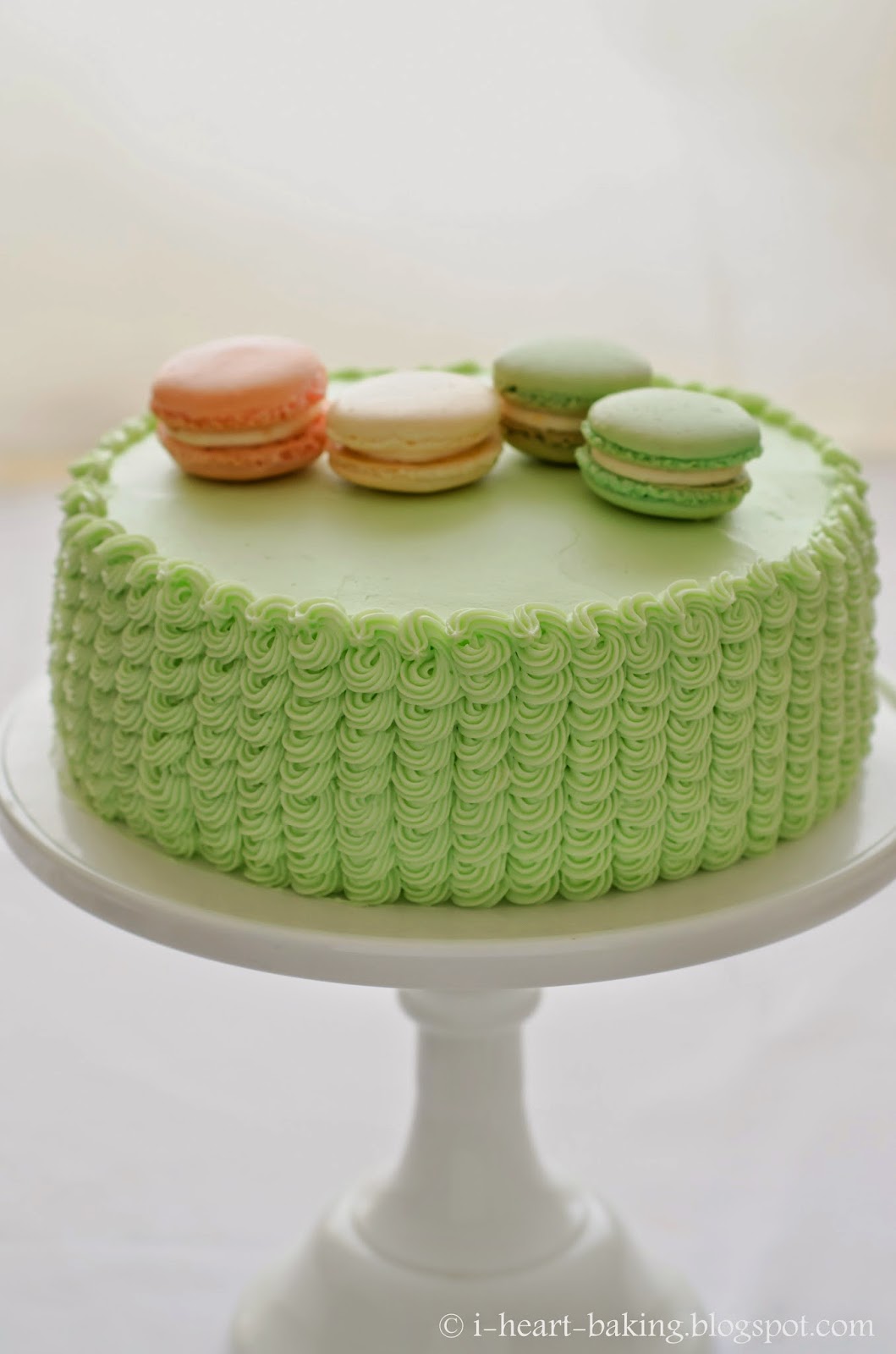 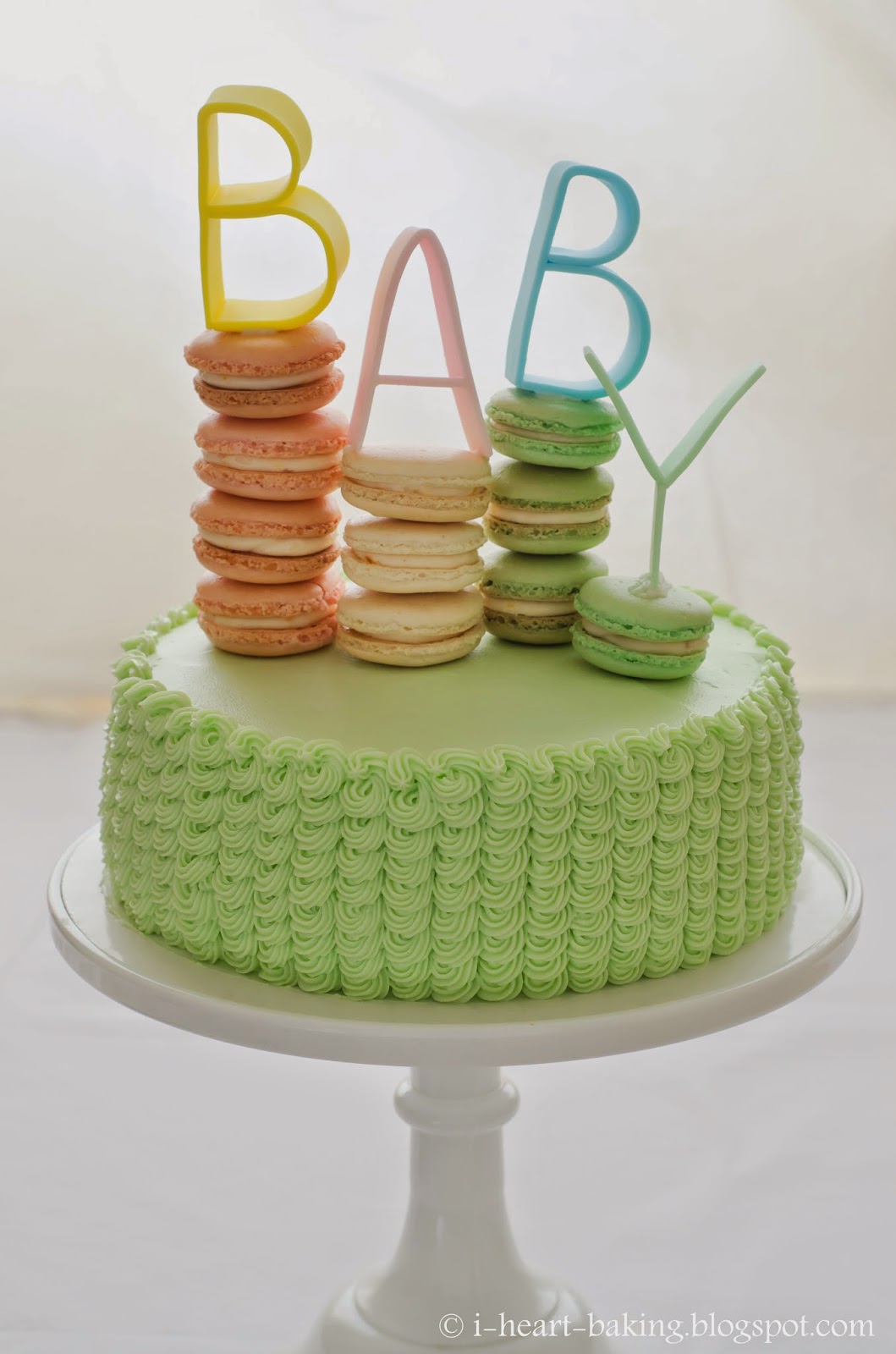 And then it was done! I think the letters were a tad too large for the cake, but I didn't care, it looked so cute! 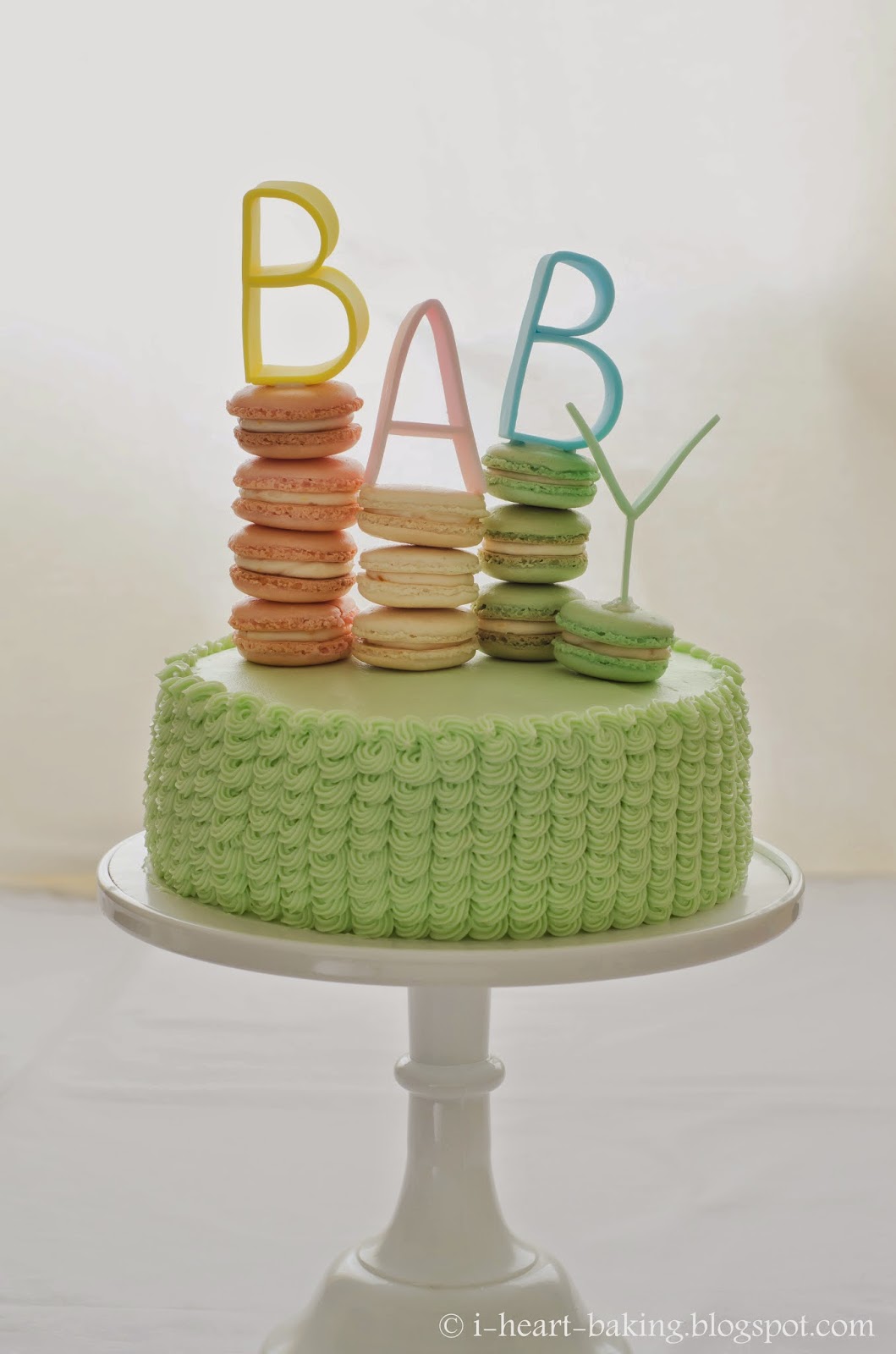 Irene's baby shower ended up being so beautiful. The food was made by her good friend Sharon, who made delicious bulgogi sandwiches, chicken salad sandwiches (both sandwiches on Acme bread), tossed herbed salad, and pesto pasta salad, as well as a delicious Meyer lemon fizzy drink! Everything was perfect, and everyone had a great time celebrating with Irene. 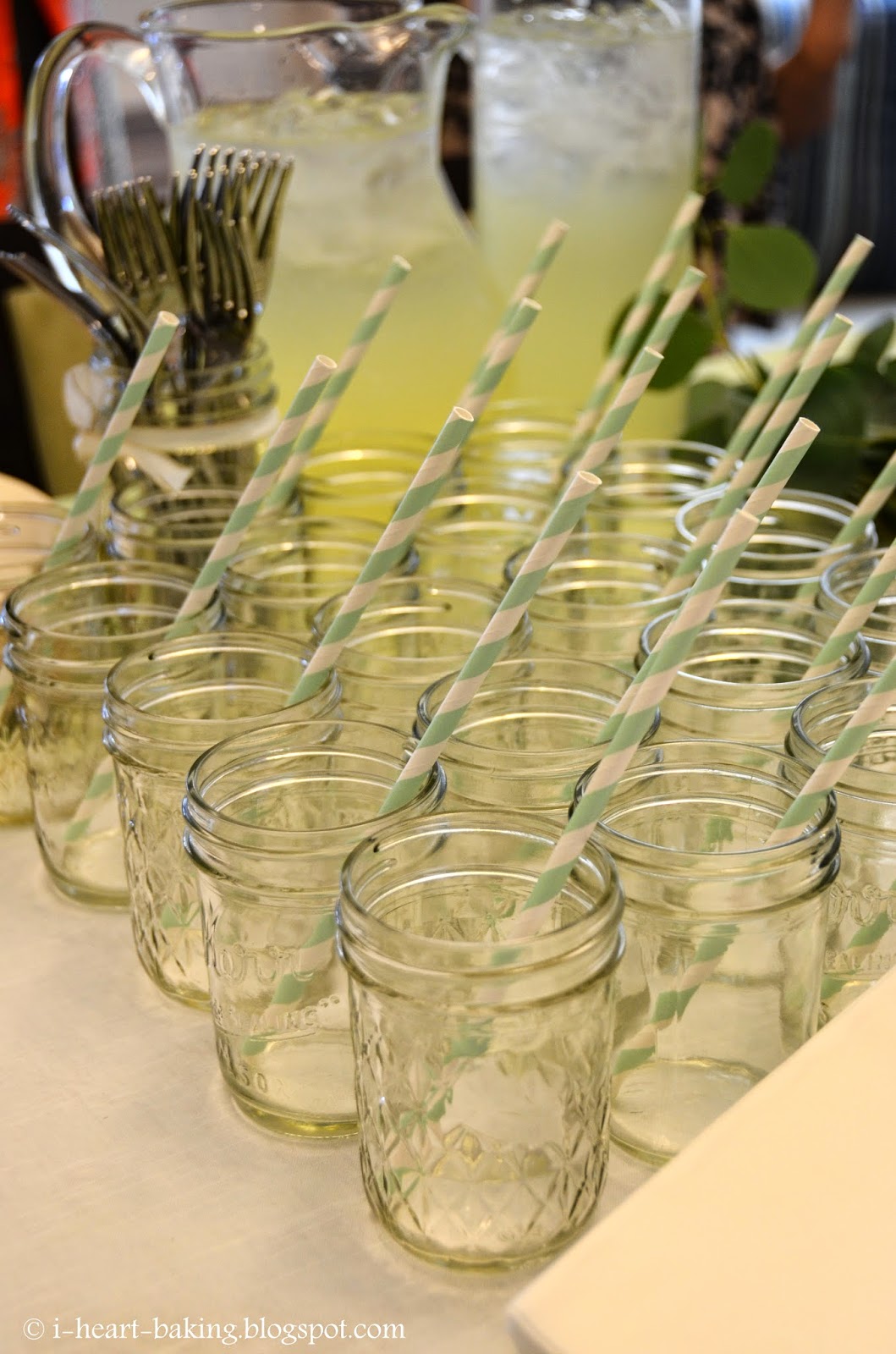 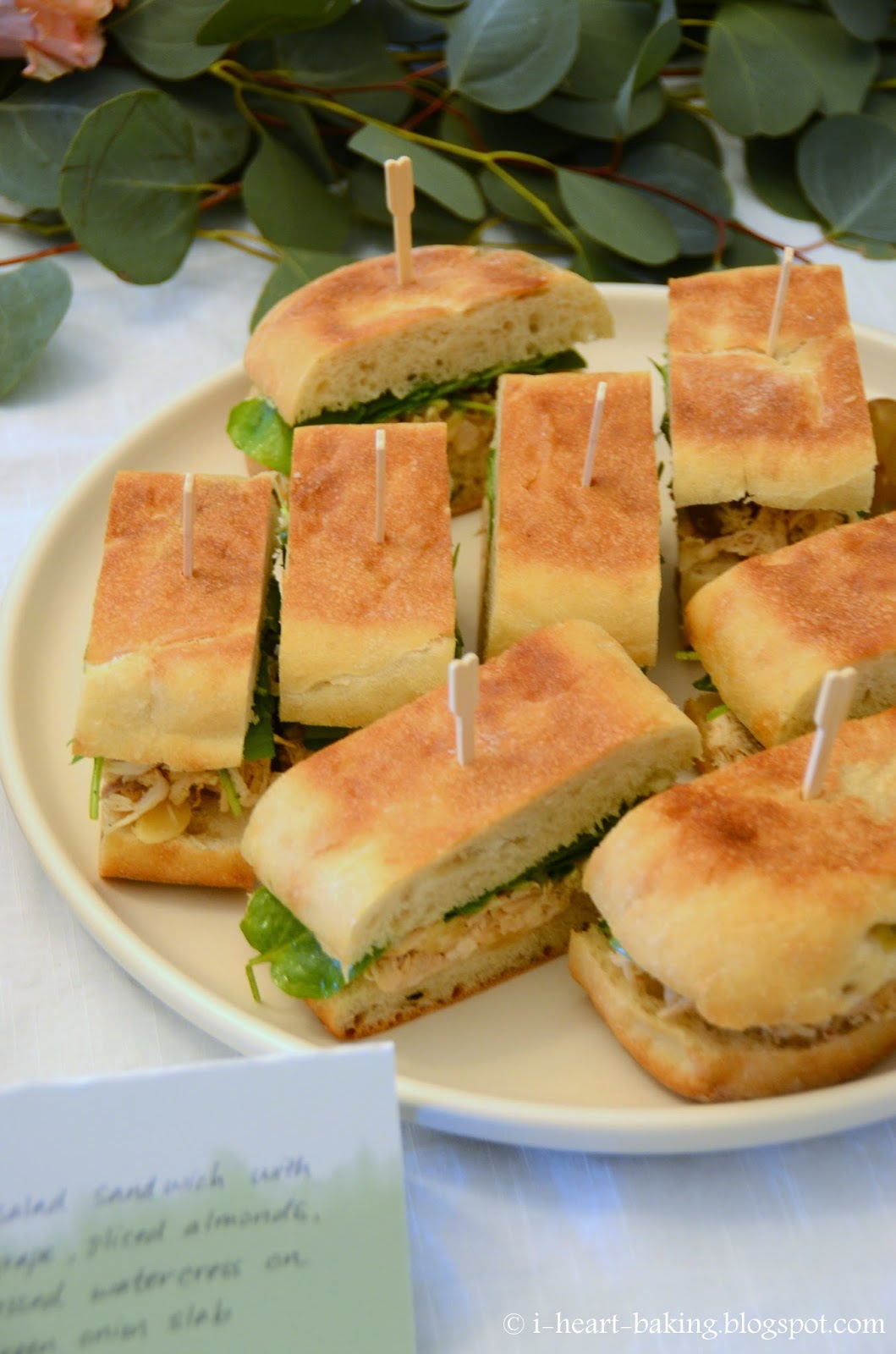 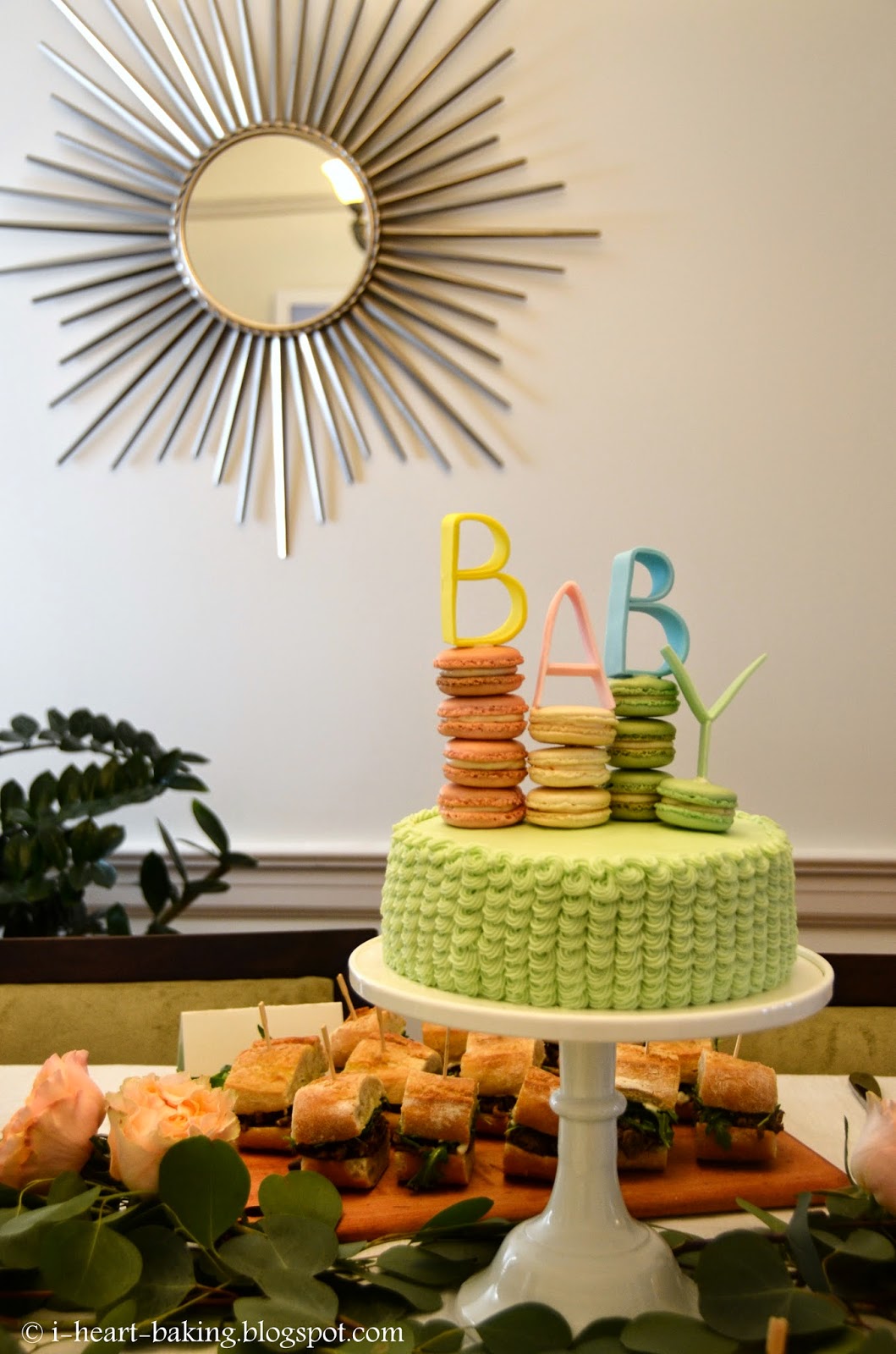 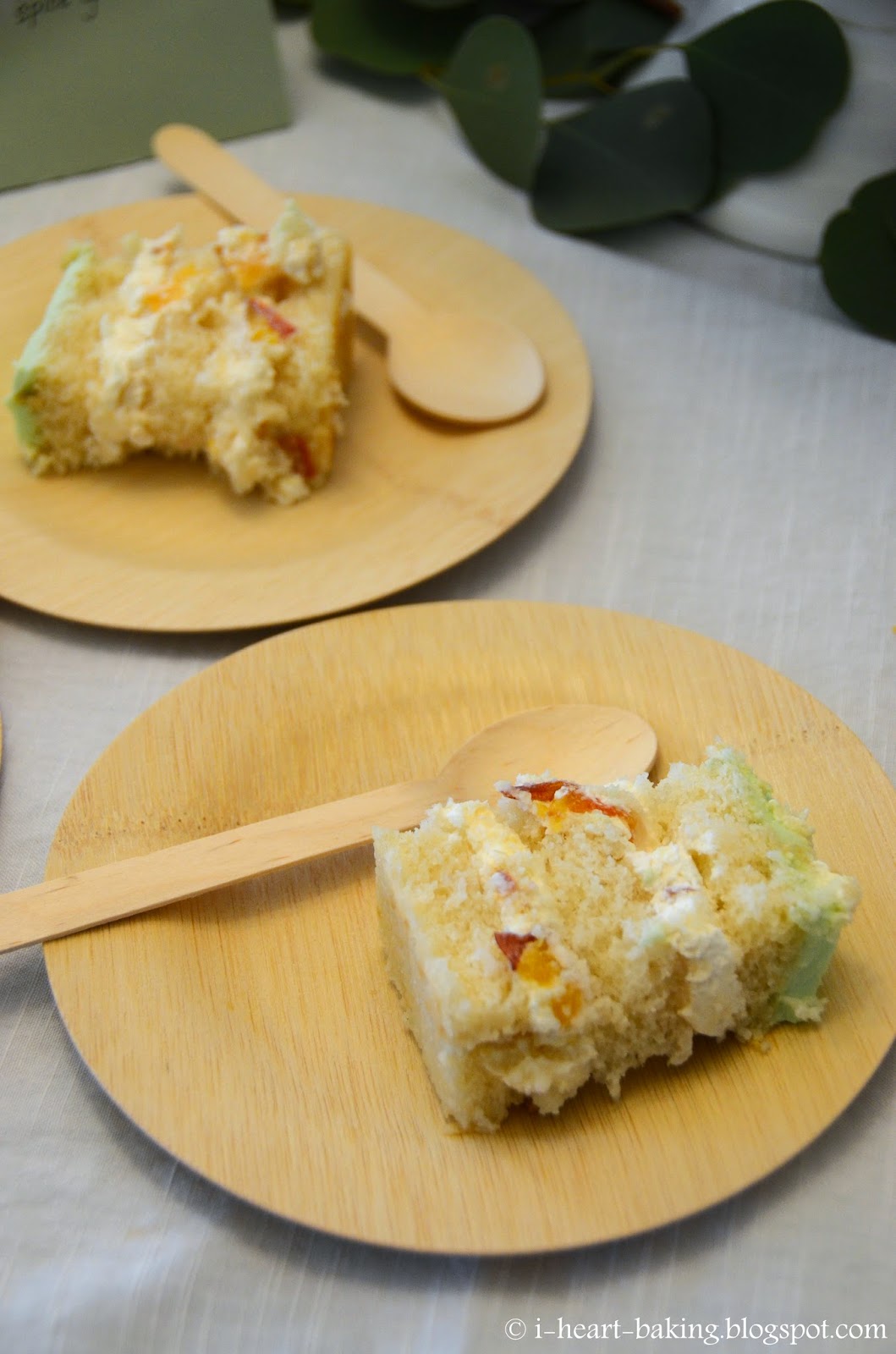 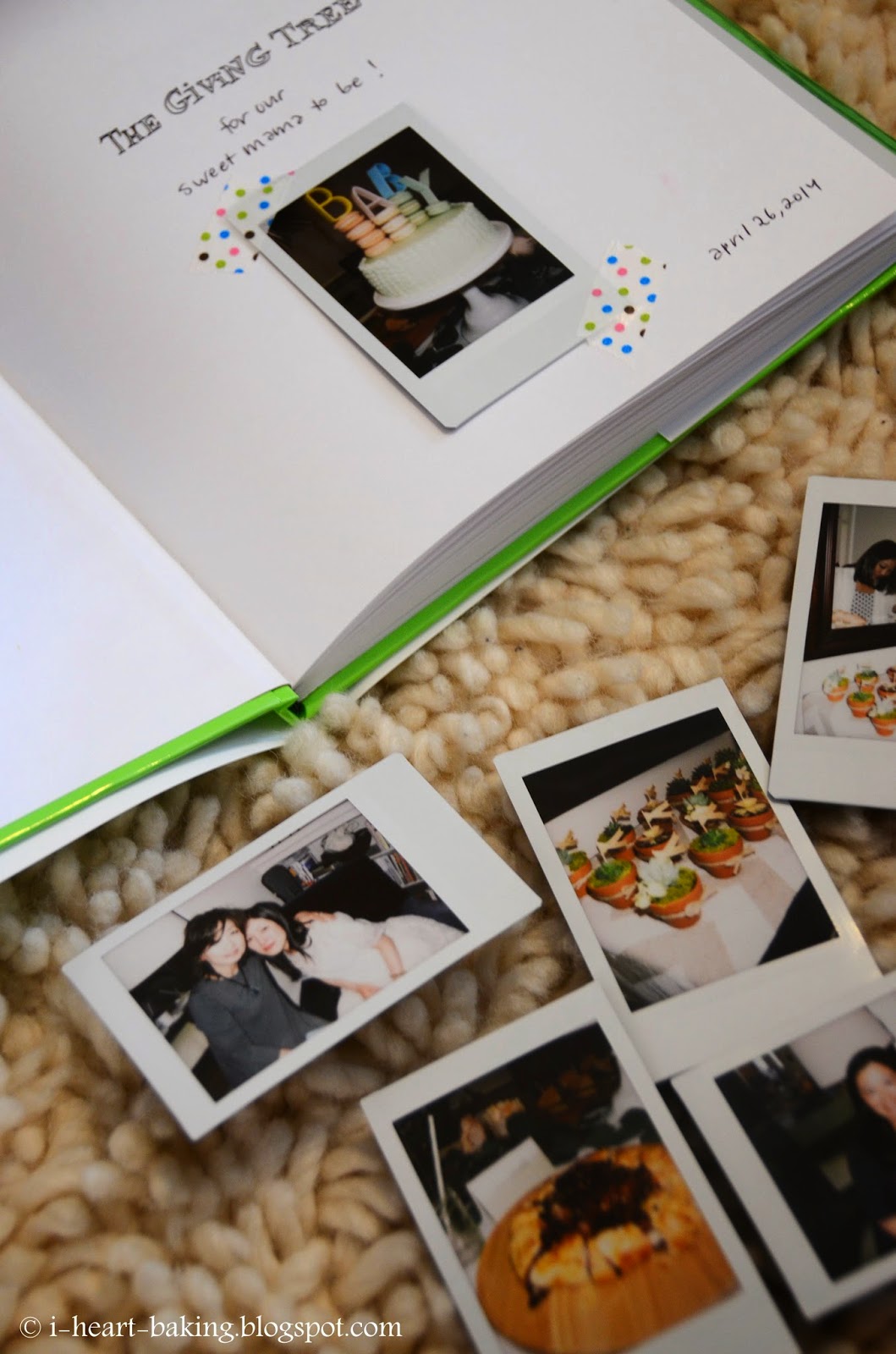 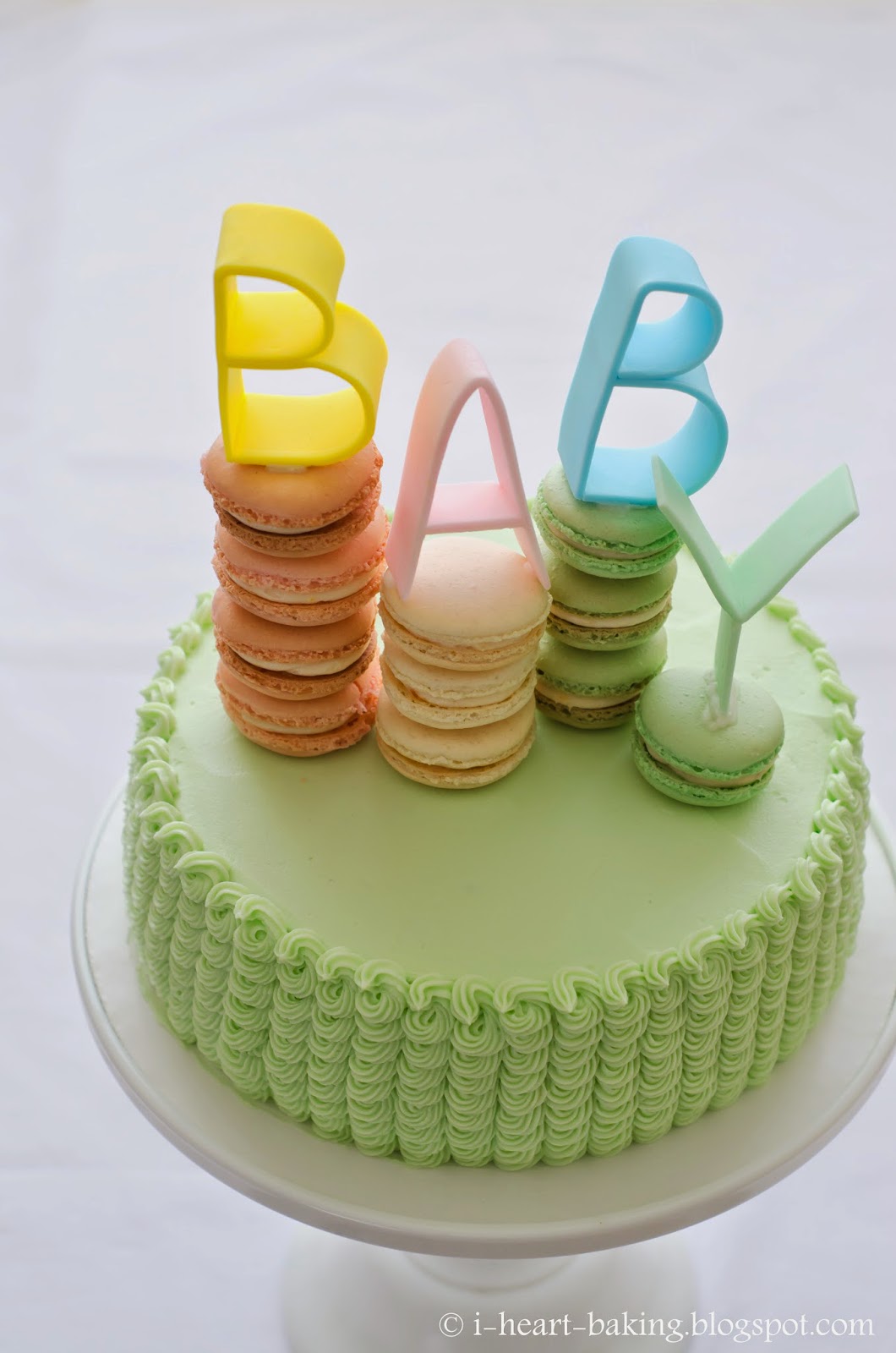 *** Update:
To see more of my recipes and techniques, you can pre-order a copy of my new book, "The Hello Kitty Baking Book", due out in September!
Posted by michele at 11:04 PM