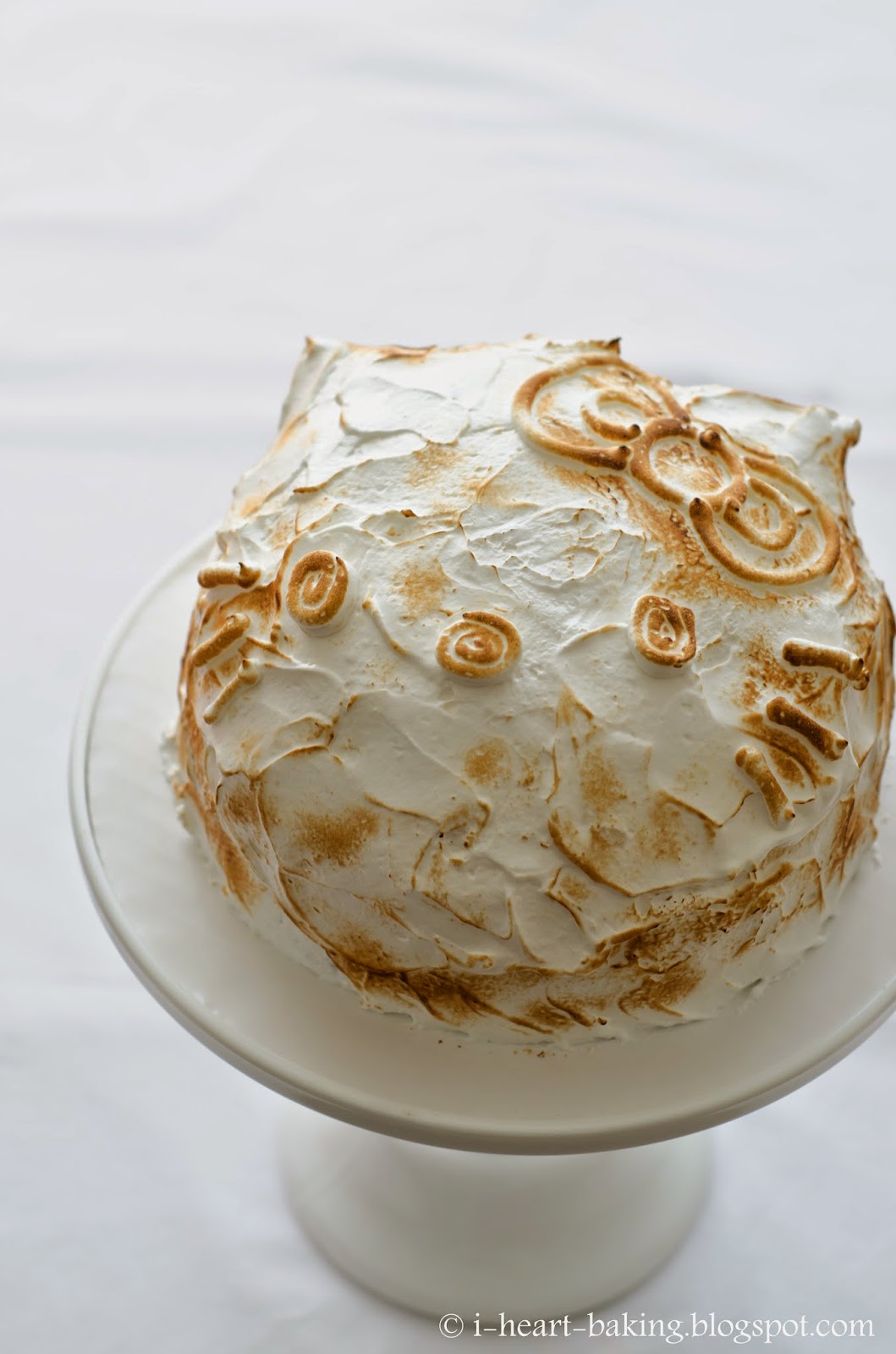 For my birthday, the past few years I've made myself a Hello Kitty cake of some sort (see here and here). So this year, I decided to make a baked alaska / ice cream bombe, but in the shape of Hello Kitty, of course! I knew that there would be many components to make the cake (two different flavors of homemade ice cream, chocolate cake, and meringue frosting), so I started making the ice creams a week in advance. (By the way, while this cake itself is not in my new book, "The Hello Kitty Baking Book", the recipes for most of the components are in it - minus the almond ice cream. And instead of coffee oreo ice cream, the book does have a recipe for cookies-n-cream ice cream).

Anyway, things got so busy that I wasn't able to make the rest of the components in time for my actual birthday! Which was fine, since we didn't celebrate with my family until a week later, as my brother was out of town. 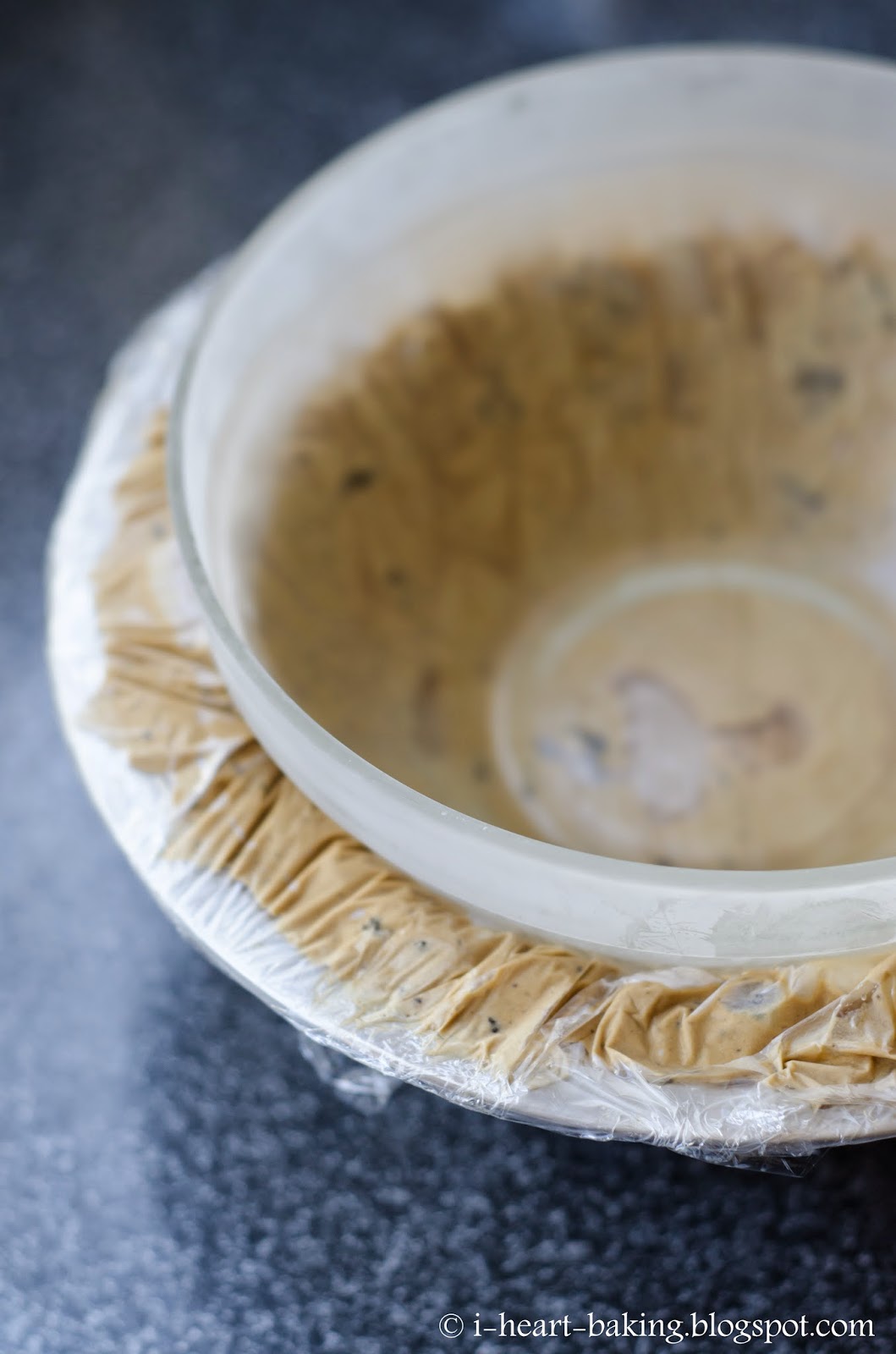 I wanted to create a take on the flavors of my favorite childhood ice cream flavor, mocha almond fudge!, So for the outside layer, I made a coffee oreo ice cream, which I churned and then froze in an 8-inch metal bowl (with another bowl on top to make the shape for the next ice cream layer). And for the inside layer, I made an almond-scented ice cream (made with imitation almond extract, because my daughter is allergic to all nuts), which I churned the next day and then poured into the hollow of the coffee oreo ice cream. (Note - to replace the crunch you would normally get from the almonds in mocha almond fudge, I used oreo cookie crumbs in my coffee ice cream layer). 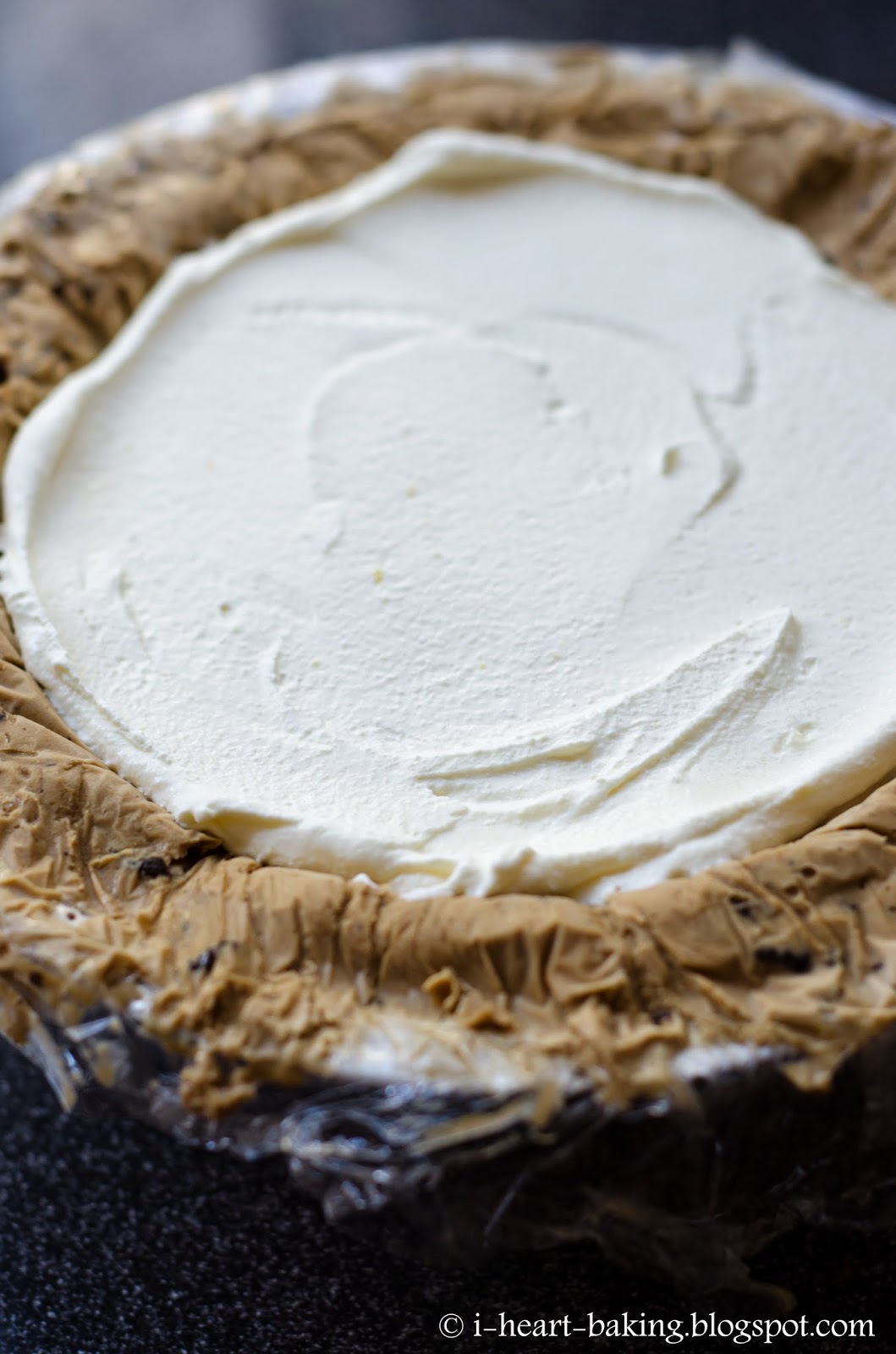 For the cake layer, I made an 8-inch chocolate cake (the cake recipe itself is in my new book), which I also froze after wrapping it tightly in two layers of saran wrap and a large ziplock freezer bag. And when it was time to assemble, I unwrapped everything and placed the ice cream layers upside down onto my cake layer. 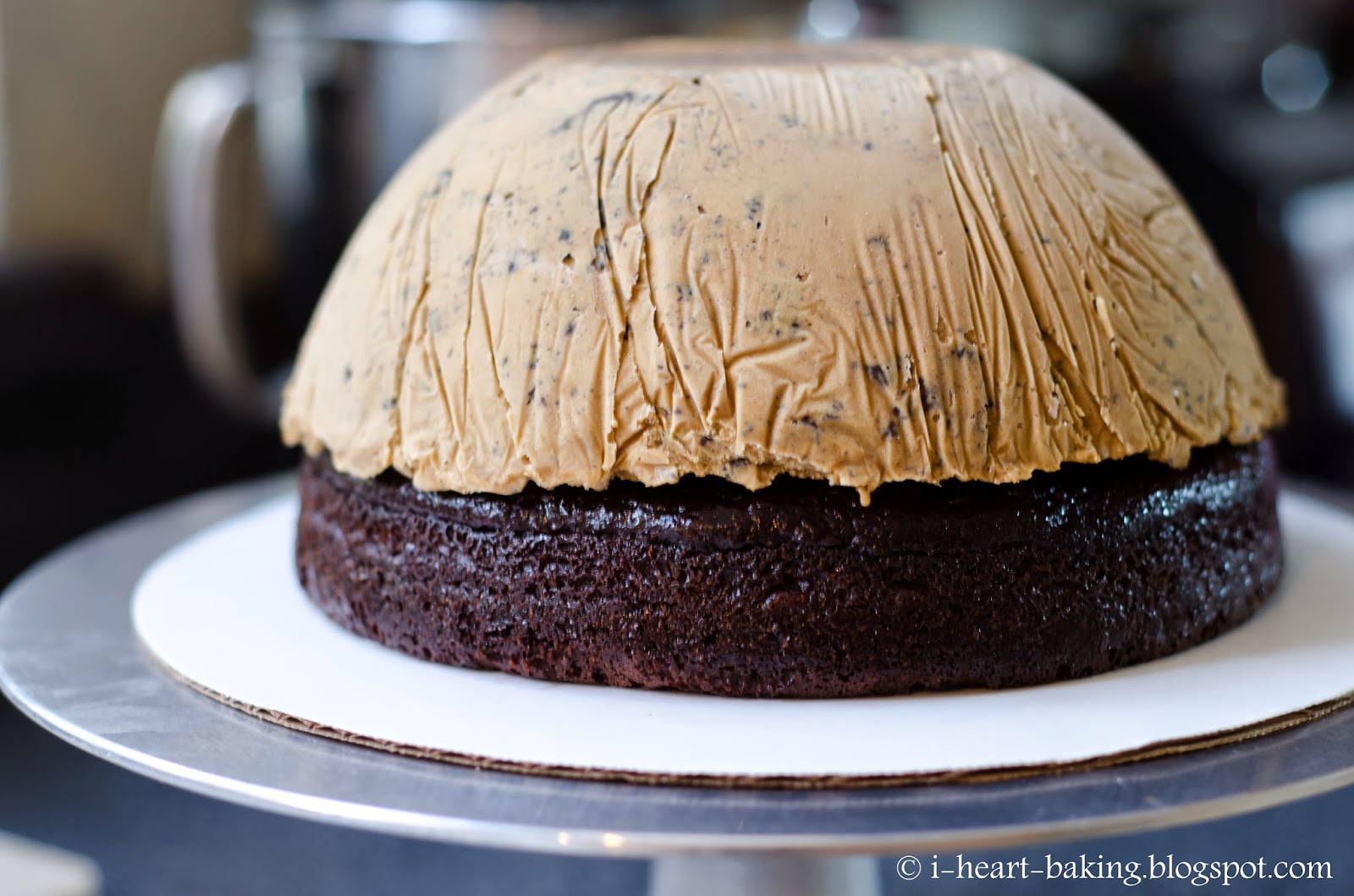 Next came the meringue (recipe also in my book!), which basically is a meringue made from gently-cooked egg whites and sugar,whipped up to form a frothy marshmallow-like frosting (this can be used as a frosting, or as the basis for meringue cookies baked at low heat in the oven). 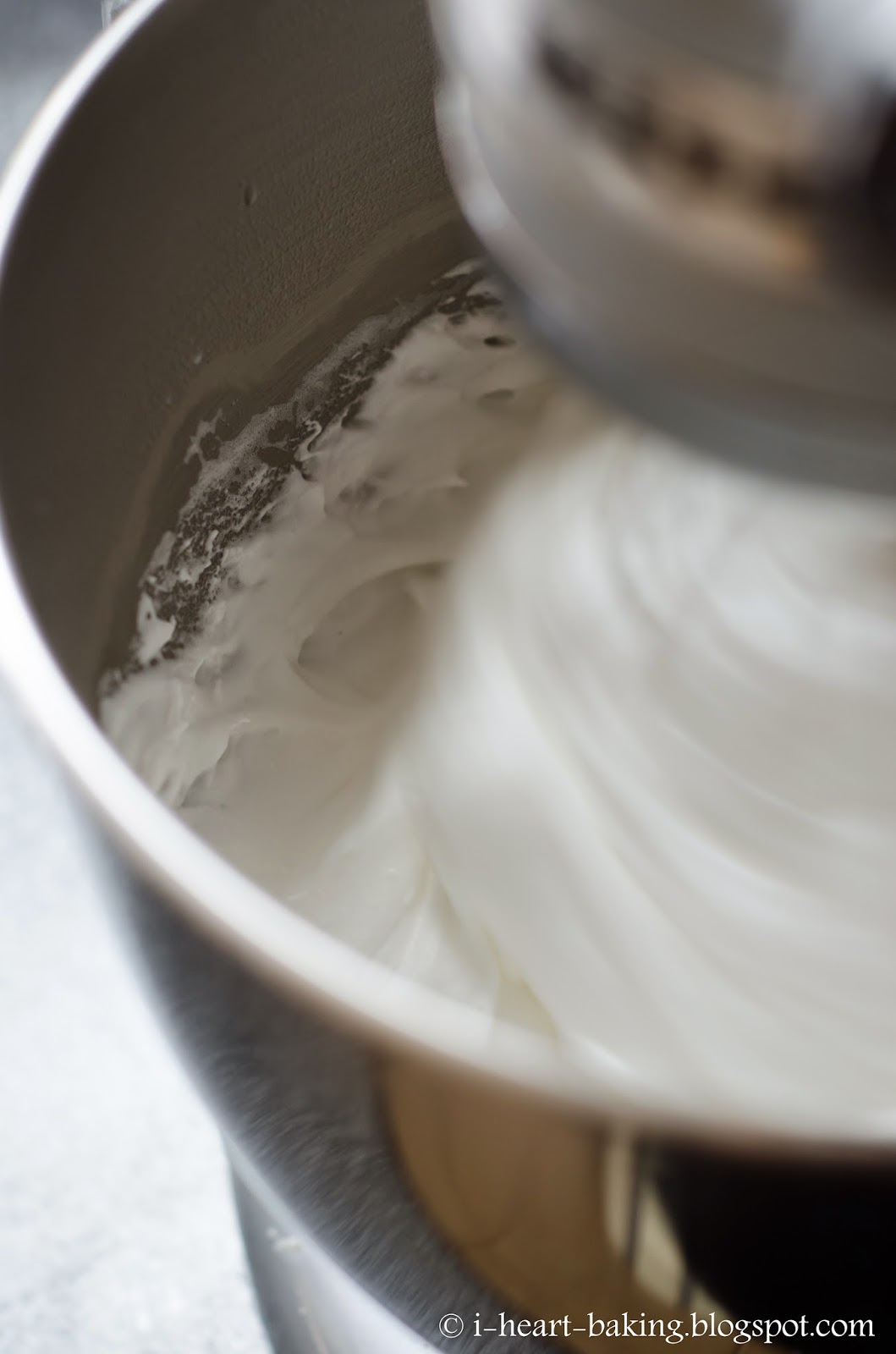 I used an offset spatula to frost the meringue all over the cake, and then used a piping bag fitted with a small tip to pipe Hello Kitty's details on top. Then I let it set in the freezer until it was time to serve! 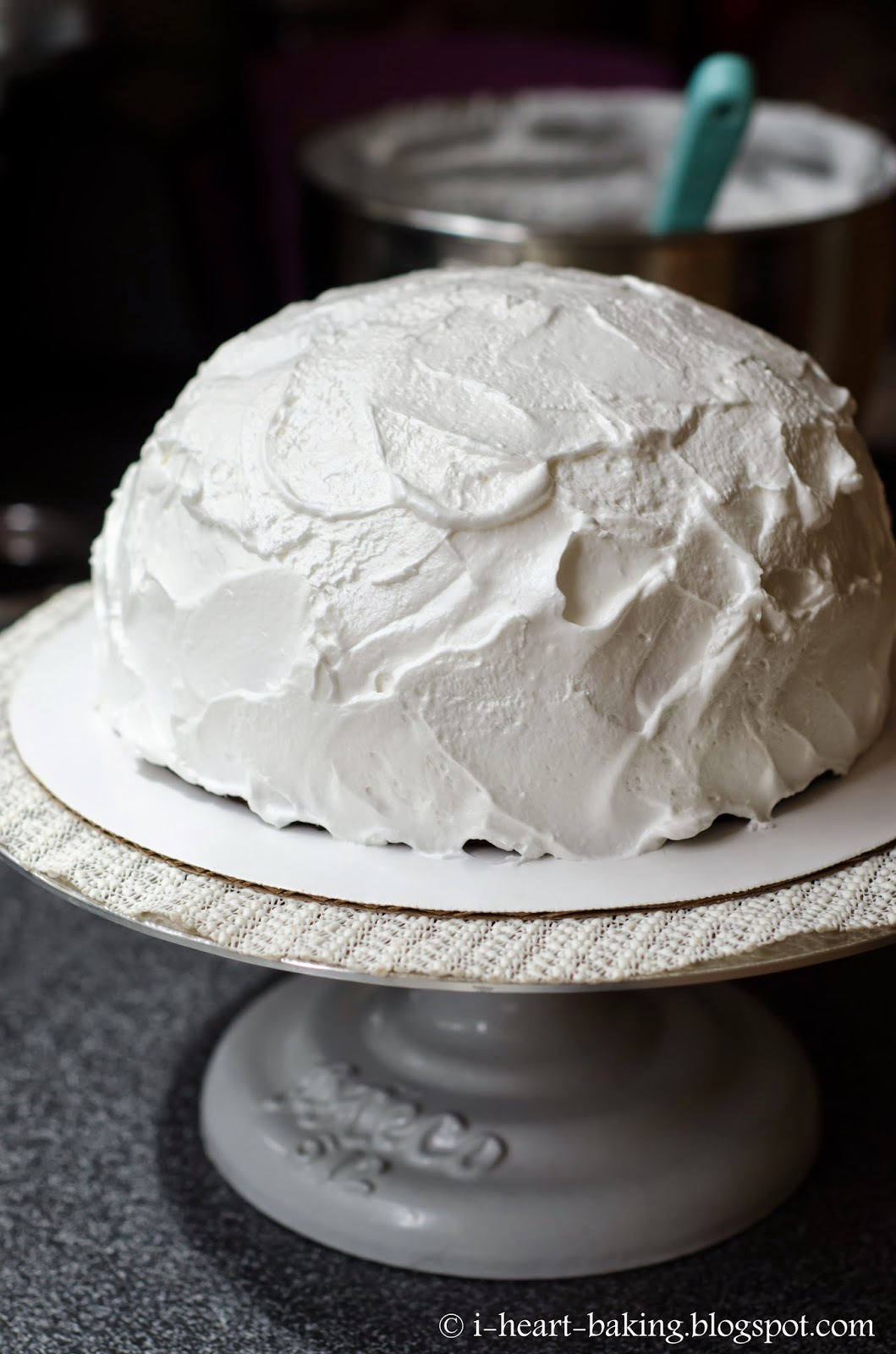 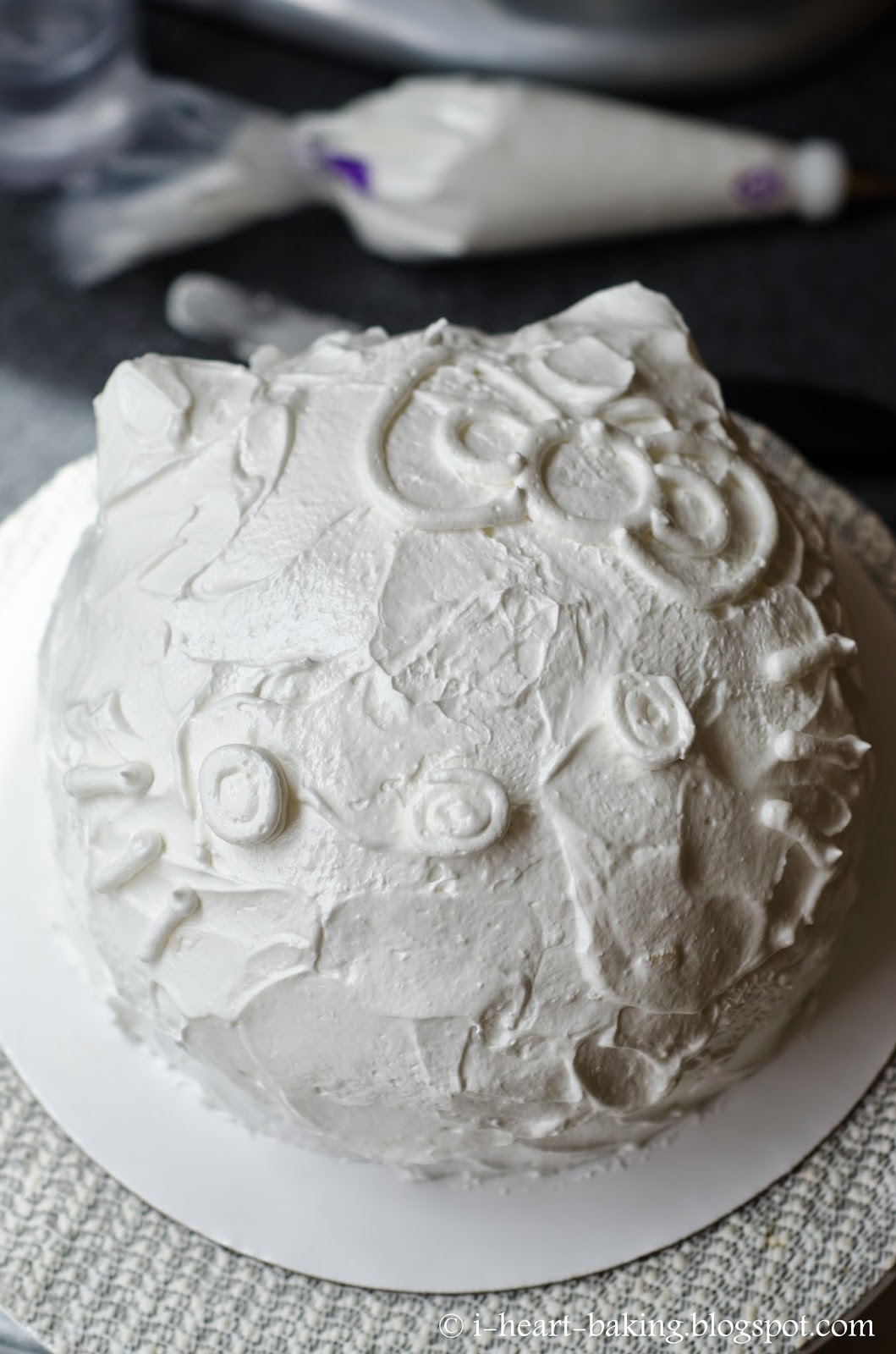 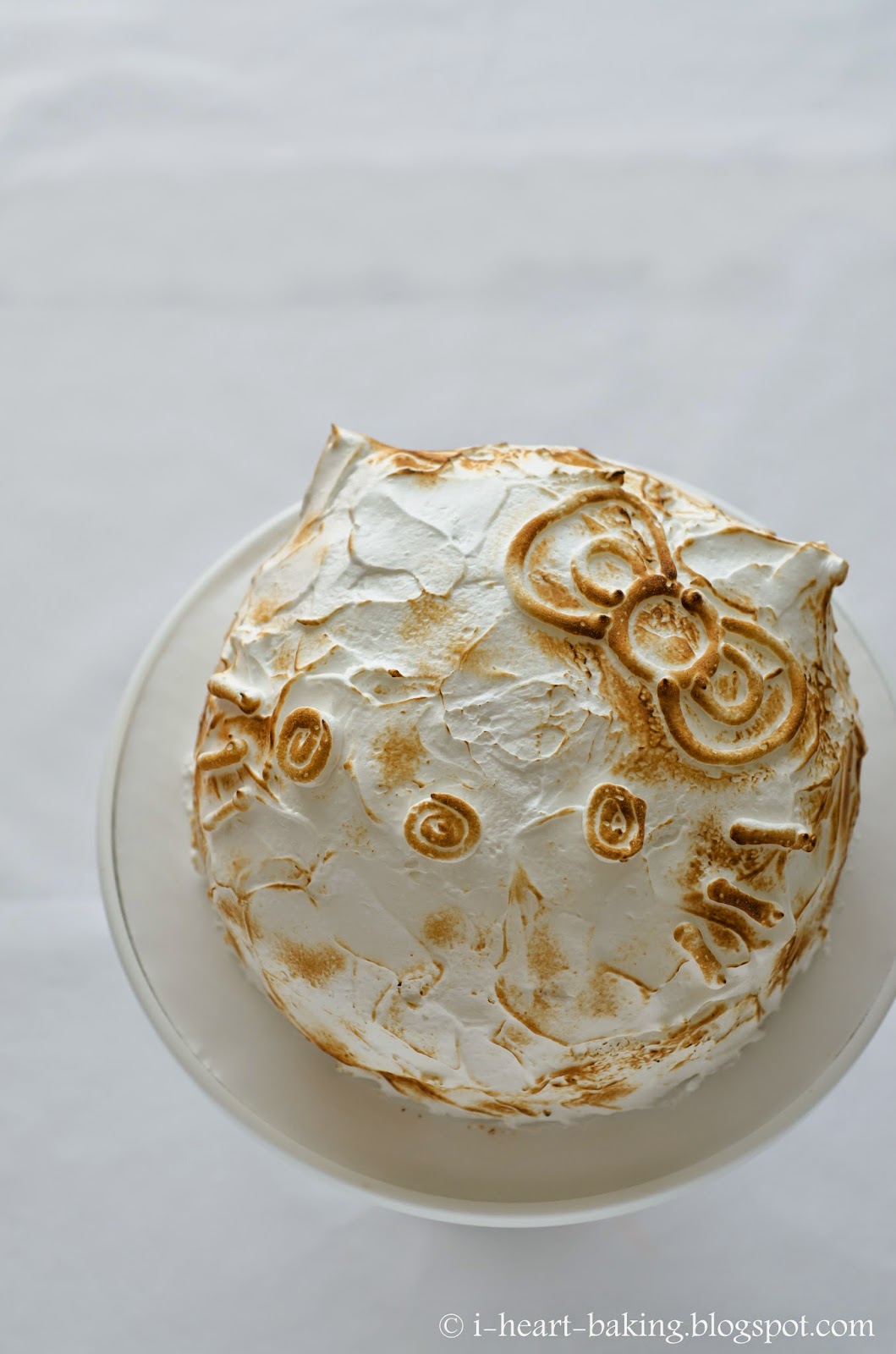 I made especially sure to brown Hello Kitty's details so that they would stand out against the rest of the white meringue. 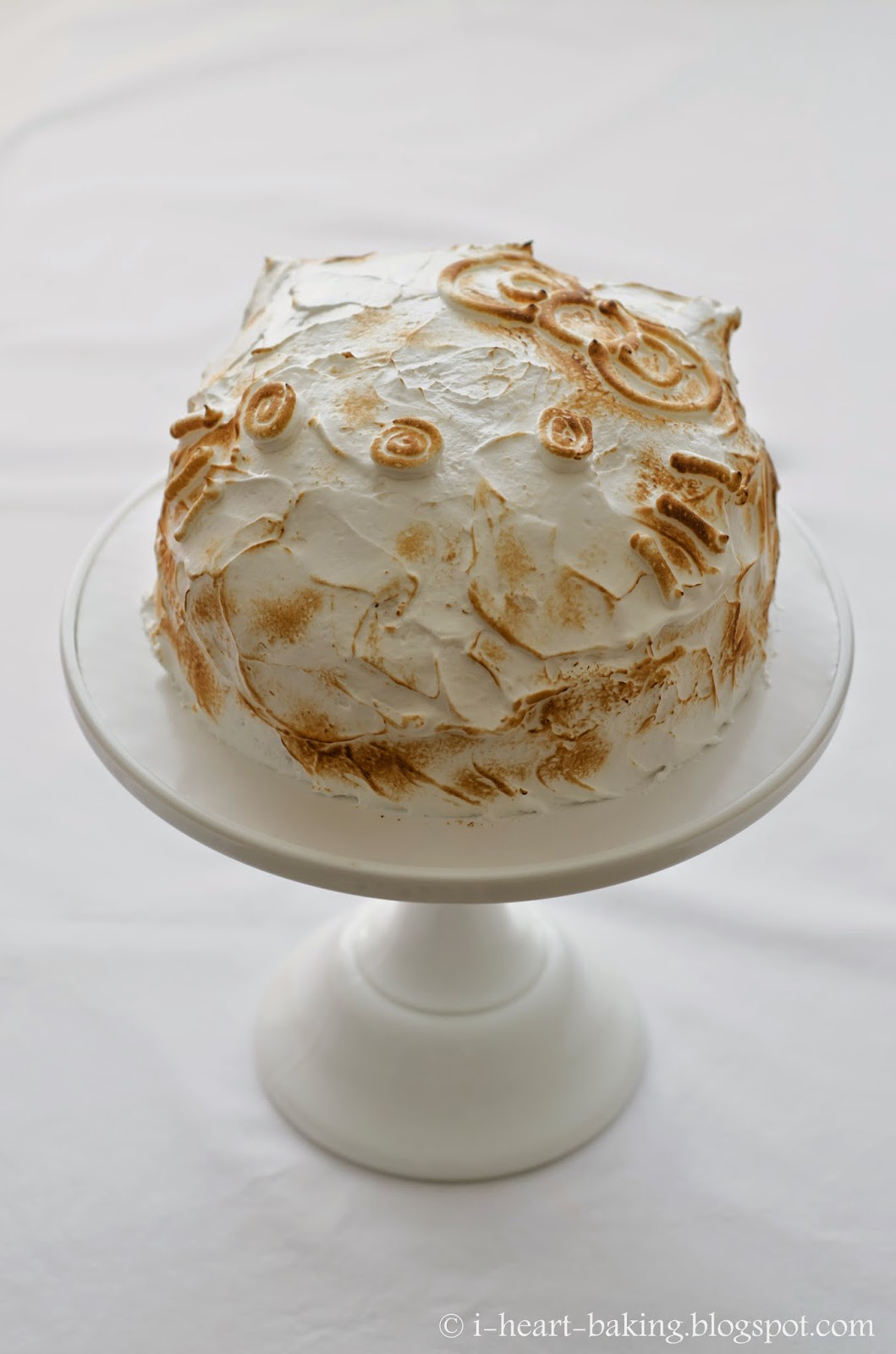 When I had envisioned this cake in my head, I wasn't so sure how it would turn out looking. But I LOVED it. It looked like a giant Hello Kitty toasted marshmallow. :) Wheeee! 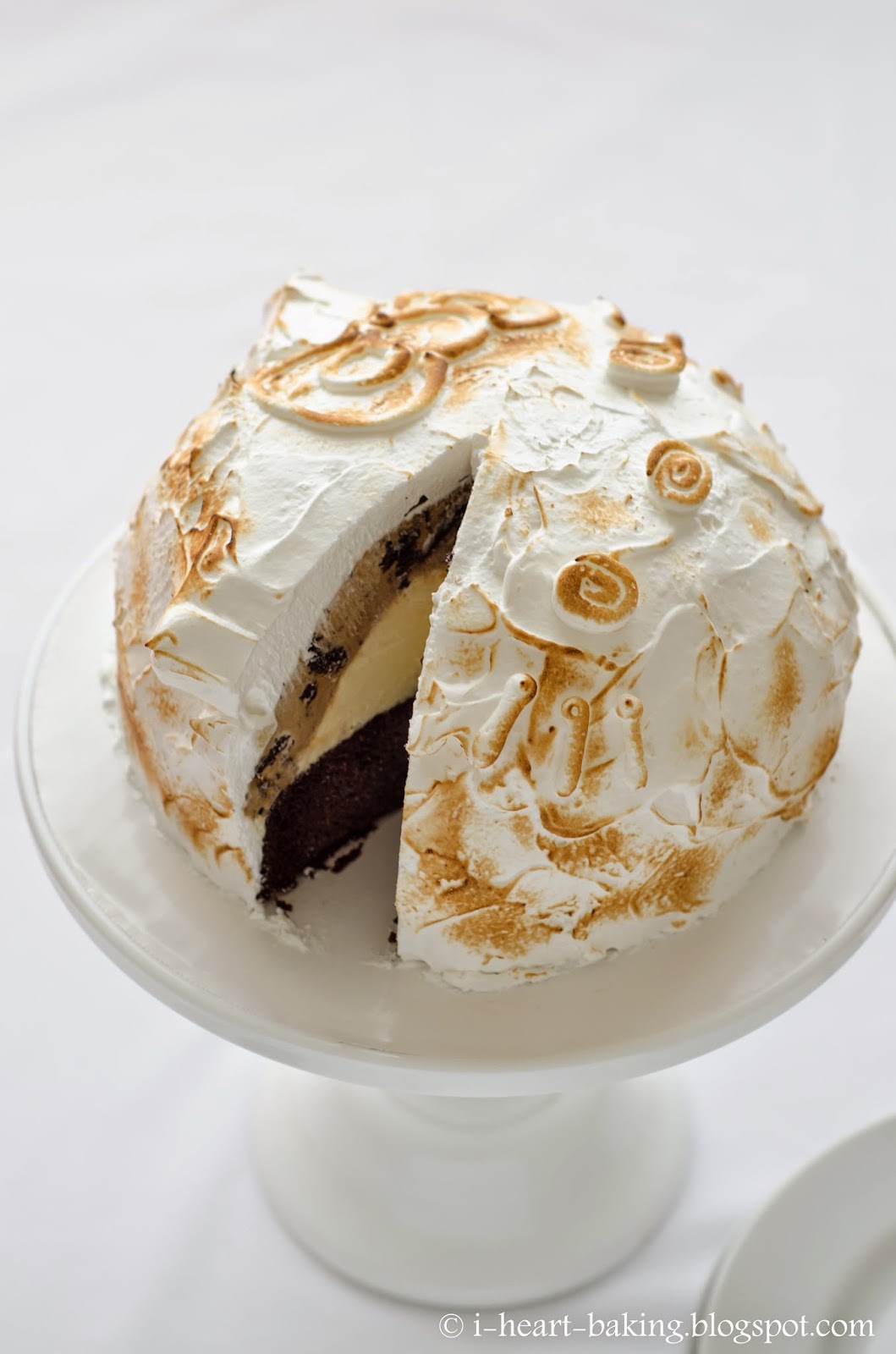 And the inside! I absolutely loved the combination of the coffee oreo ice cream and the almond ice cream! And even better with the moist chocolate cake and fluffy marshmallow-y frosting! 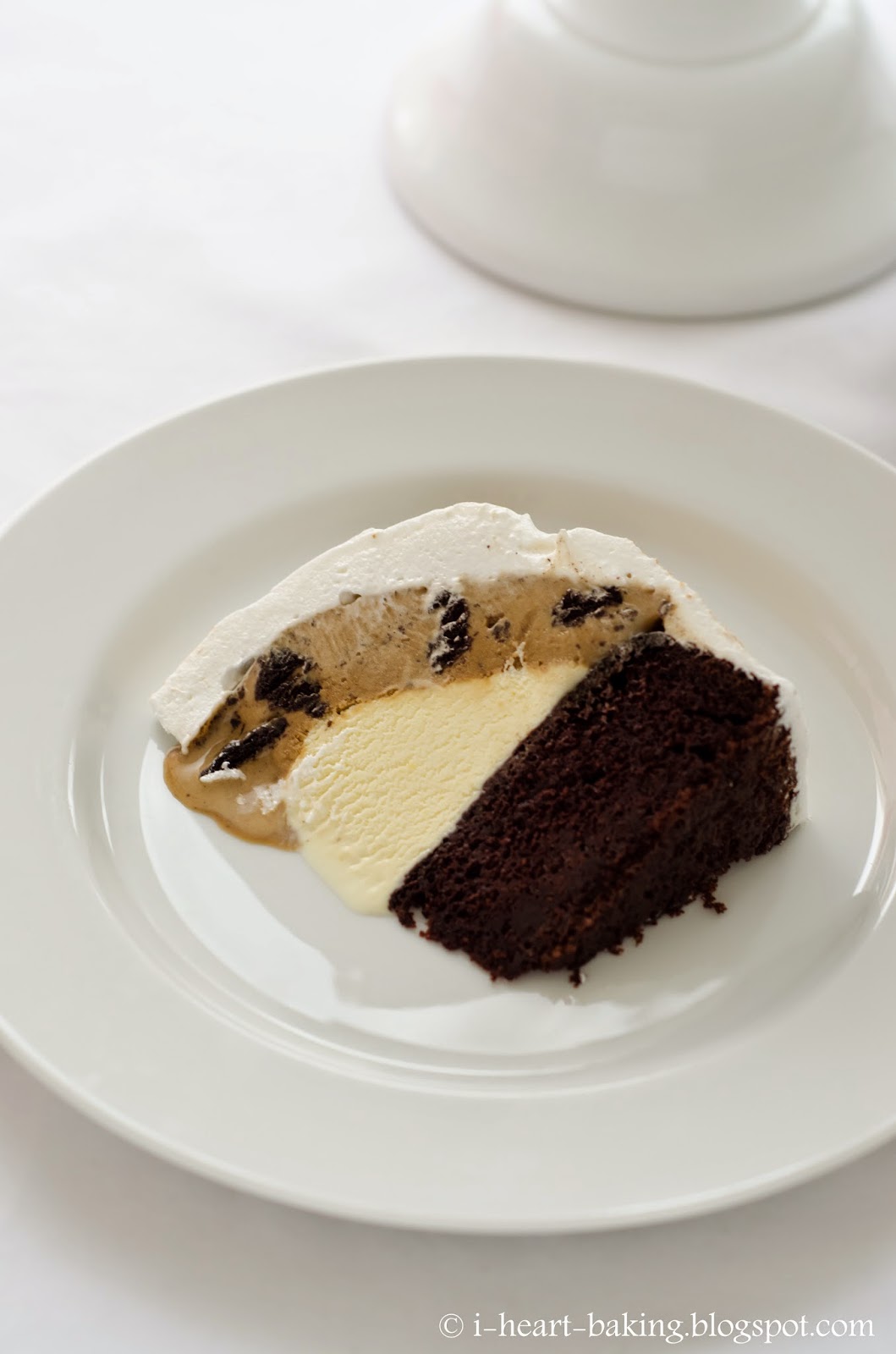 This is such an elegant and delicious make-ahead dessert, and you could even use store-bought ice cream to make things easier. I think it would be great at any dinner party, definitely a crowd pleaser! 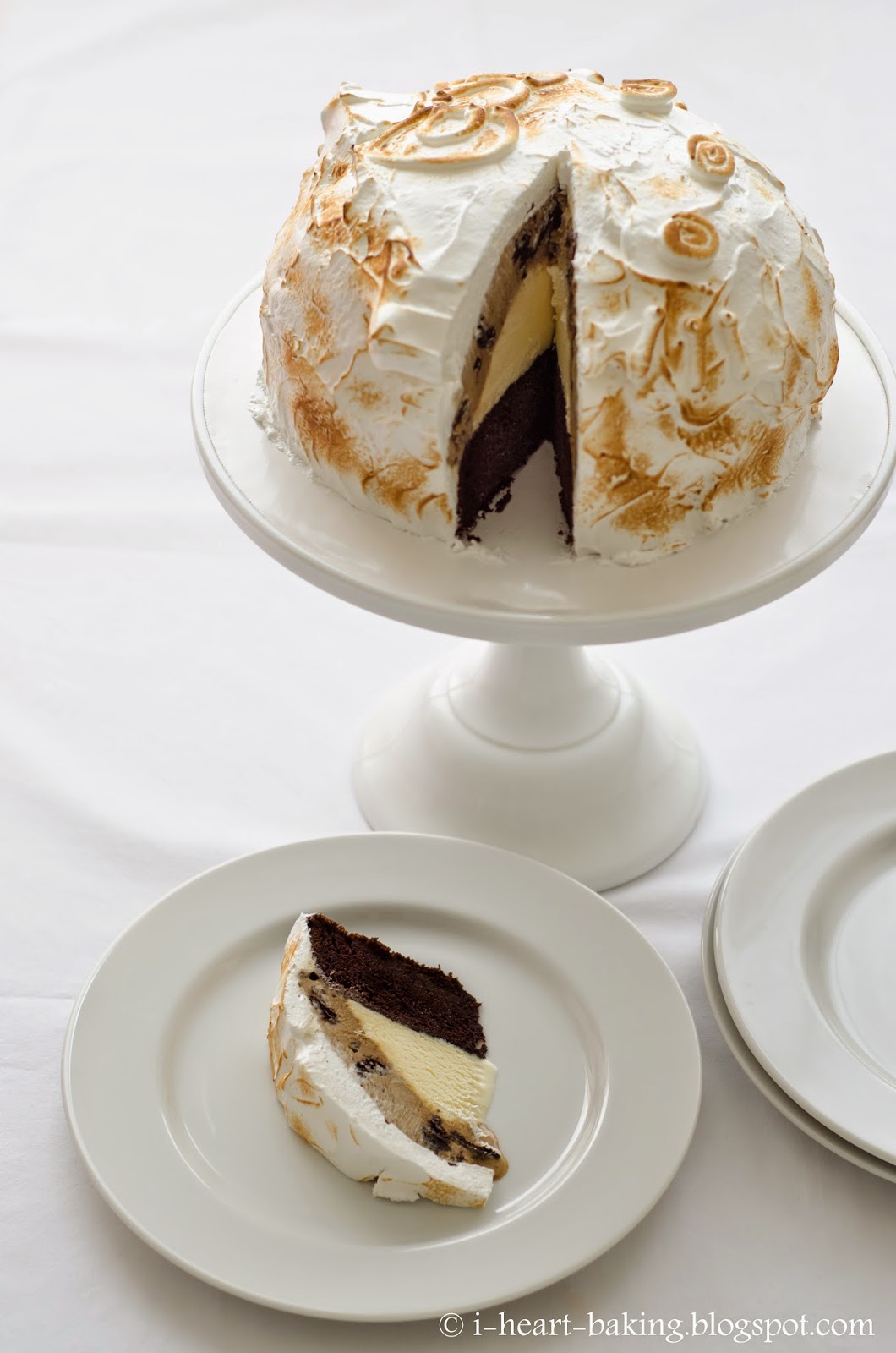 Happy belated birthday to all those April babies out there!
Posted by michele at 3:00 PM