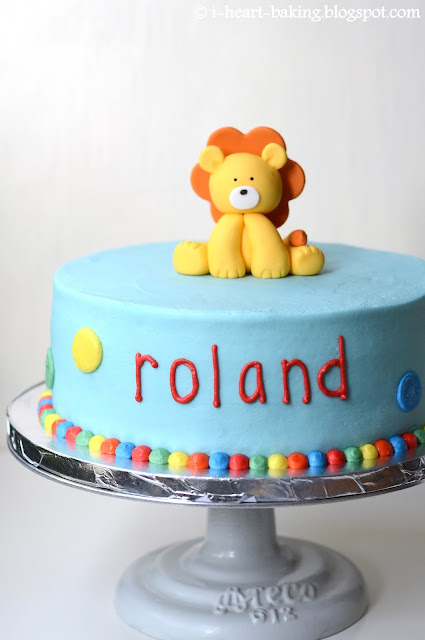 Sometime last year, I received a request for a circus carnival cake for a baby's first birthday. Doan, the baby's mother wanted a lion topper on the cake, and a colorful circus themed border on the cake. So based on the sample pictures that she had sent me, I came up with this cake!

For the lion topper, I decided to do something in the same style as the giraffe topper that I had made for this giraffe baby shower cake. So first I tinted my fondant using golden yellow gel-based food coloring, and then shaped out the various lion parts that I would be needing - a torso, back legs, front legs, and a head. 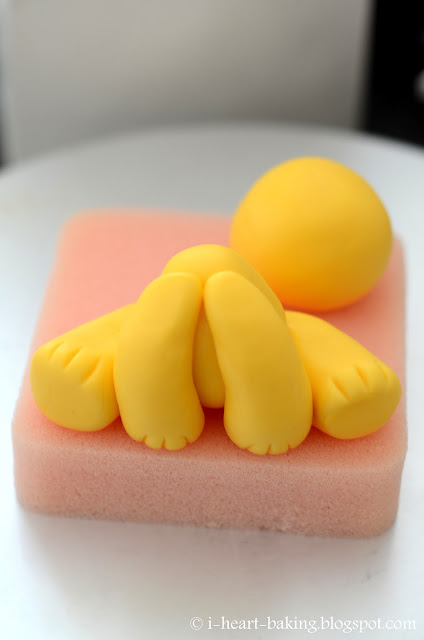 Then I added ears, a white snout, used a black edible food marker to add eyes and a nose, and then used a flower shaped cookie cutter to make the lion's mane out of orangey-brown tinted fondant. 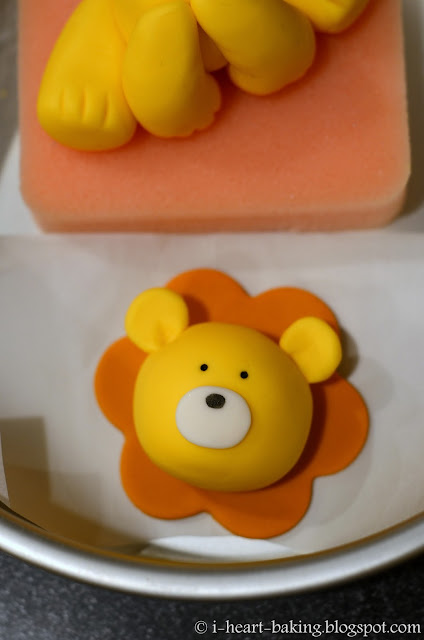 After attaching all the parts (with a toothpick in the center of the lion to hold the head in place), I added a cute little tail. 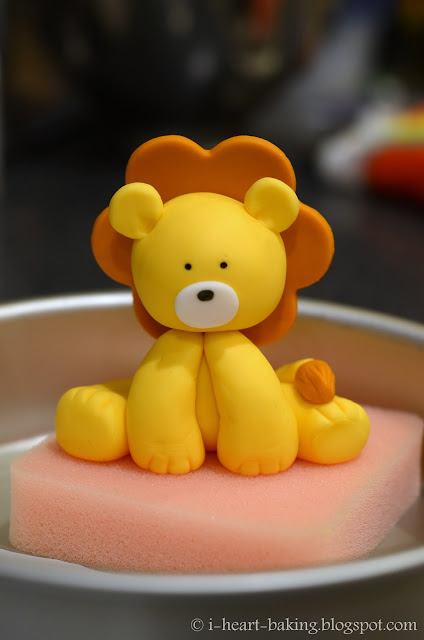 And a cute little fondant lion was born! 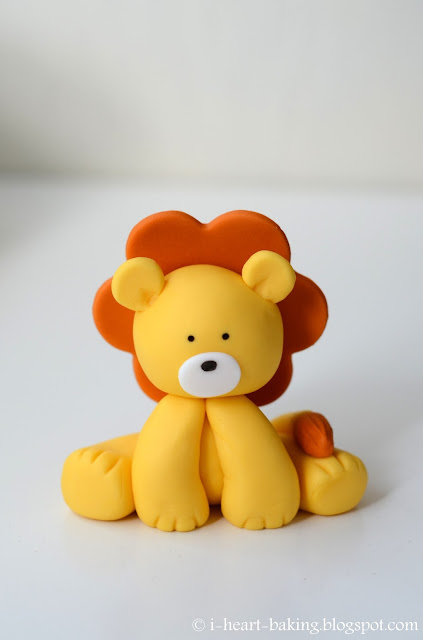 For the cake, I baked 1.5 batches of vanilla cake (recipe in my book!) into two 10-inch round cake pans, and  I sliced each cake layer in half horizontally to give me four cake layers. Then I filled each cake layer with freshly whipped cream and fresh strawberries. 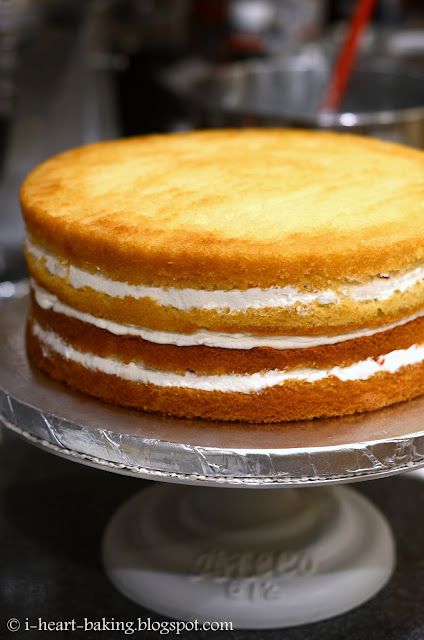 After all the layers were assembled, I let the cake chill in the fridge while I whipped up two batches of cream cheese buttercream. I set a bit of the frosting aside (to be tinted various colors) and then tinted the majority of the frosting with Americolor royal blue. Then I used the blue frosting to do a crumb coat and a second coat over the tops and sides of the cakes, smoothing it out each time with an offset spatula (and chilling in between coats).

Then it was time to decorate! For the colorful beaded border I used a Wilton #12 tip, which I also used to pipe large polka dots all over the sides of the cake (and later smoothed them out with an offset spatula). The final touch was to add the birthday boy's name in big red letters using a Wilton #3 tip. 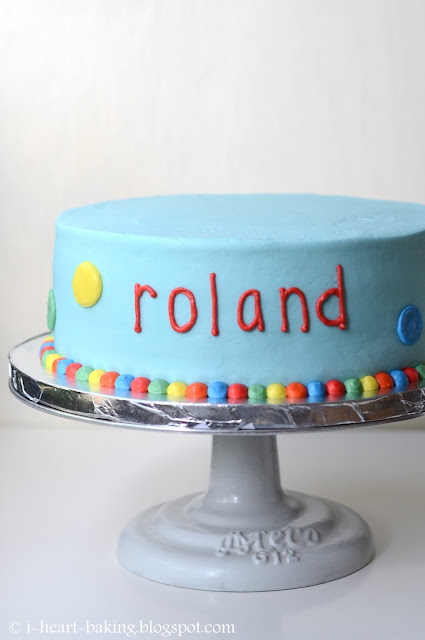 And then it was time to add the fondant lion, which I attached using a bit of frosting on the bottom of the fondant figure. 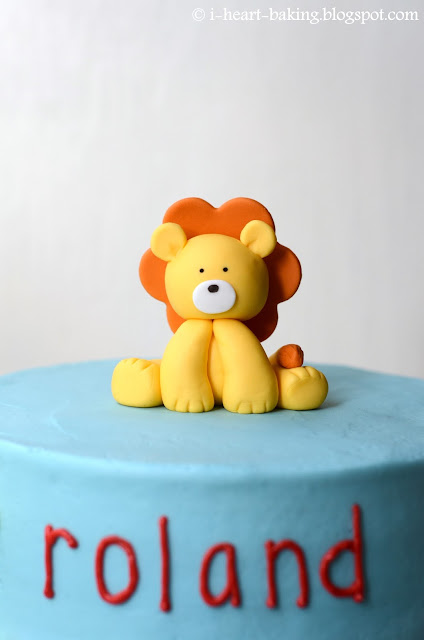 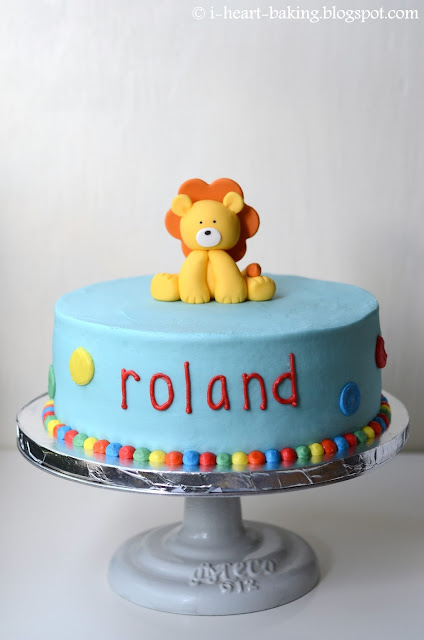