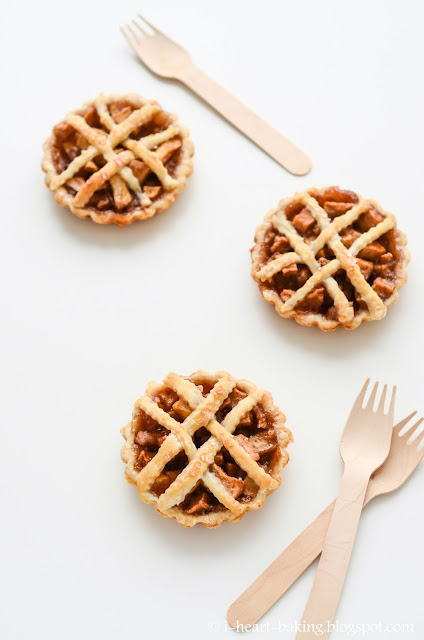 My favorite part about pie is the crust. Buttery, flakey, deliciously luscious pie crust. That said, my favorite thing about mini pies is that you get a) you get one all to yourself, and b) you get to eat more pie crust than you would with a regular slice of pie! 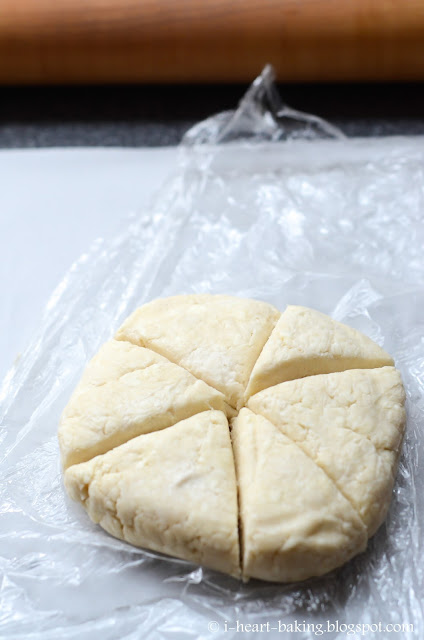 Once your dough is made, formed into a disc, and has chilled in the fridge for at least half an hour, divide the disc into six equal pieces. Then roll out each one and carefully fit them into six individual mini tart tins. 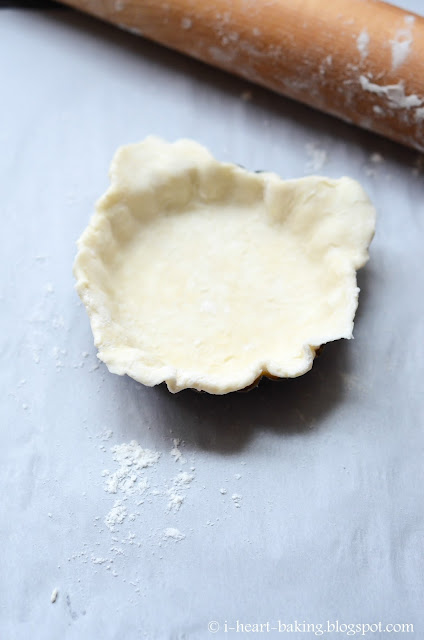 Once the edges are trimmed, place your tart tins on a baking sheet. Be sure to keep the excess dough that was trimmed - form it into a disc, wrap it in plastic wrap again, and put it back in the fridge. 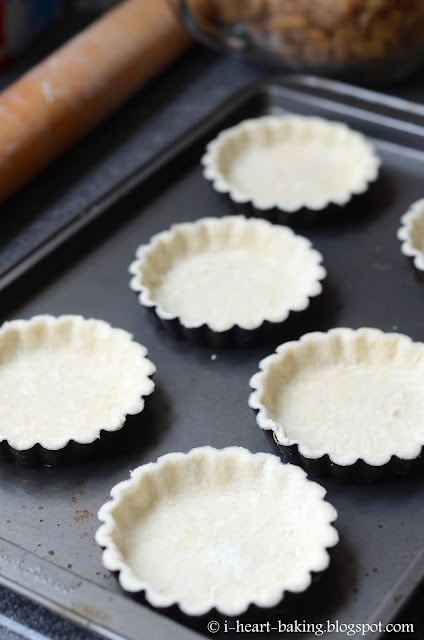 Then assemble your fresh apple filling and divide it evenly into each dough-lined tart tin. 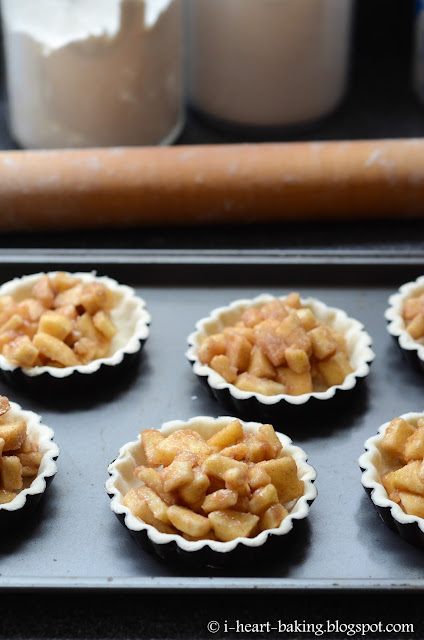 Note that I have diced the apples for the mini pies, but you could also keep the apples in slices as you would for a single pie. 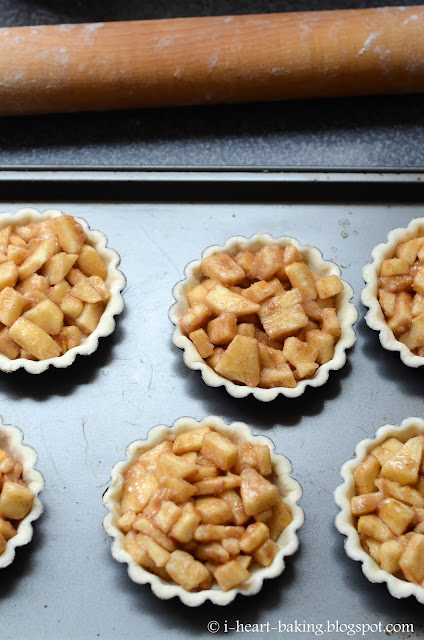 Now you can bring out that disc of excess dough that you put in the fridge earlier. Roll it out into a rectangle, about 1/8 inch thick, and use a knife or a pizza cutter (I used a fluted pastry wheel) to cut out your lattice strips. 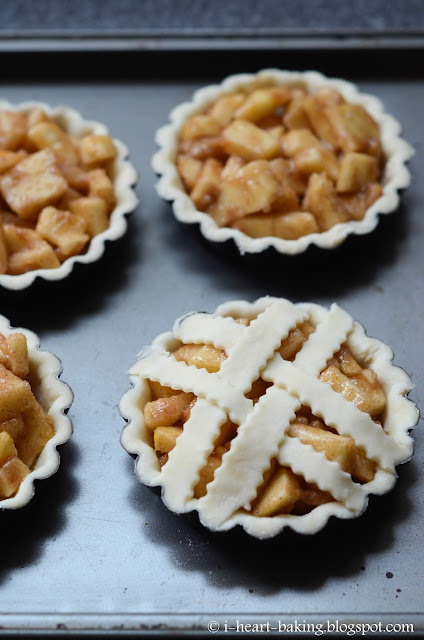 Arrange your strips (I like to use four on each mini pie) onto each pie in a decorative way, trimming any excess, and make sure to press the ends into the edges of the tart tins. 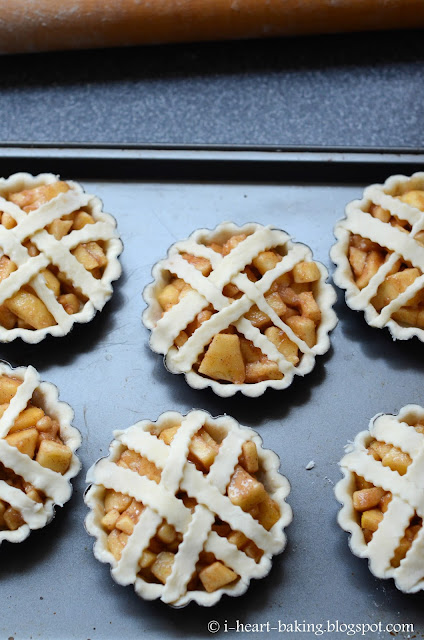 Then brush the tops with egg wash, sprinkle on some sanding sugar, and bake them at 350F for about 45 minutes, or until the crust is golden brown. 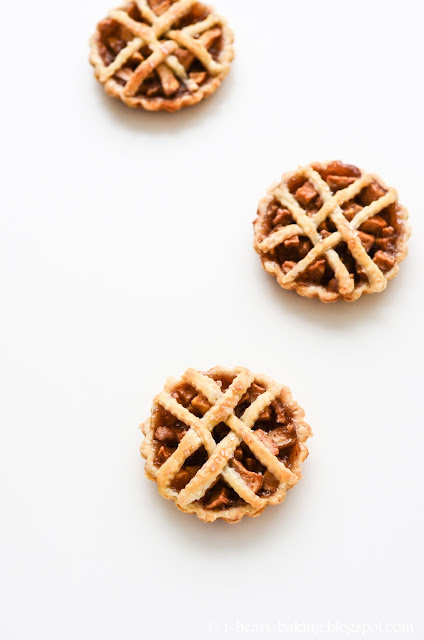 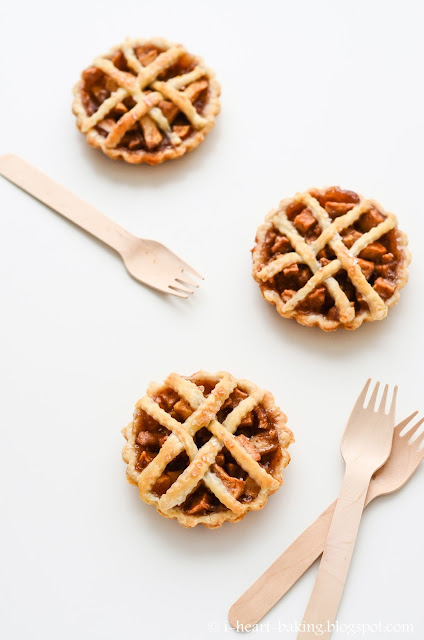 These mini pies are perfect to bring to picnics and BBQs because they are easy to transport, don't require plates and forks (you can pick them up with your hands and eat them!), and can be made the morning of! You could also make them the night before, but the crust won't be quite as crisp. 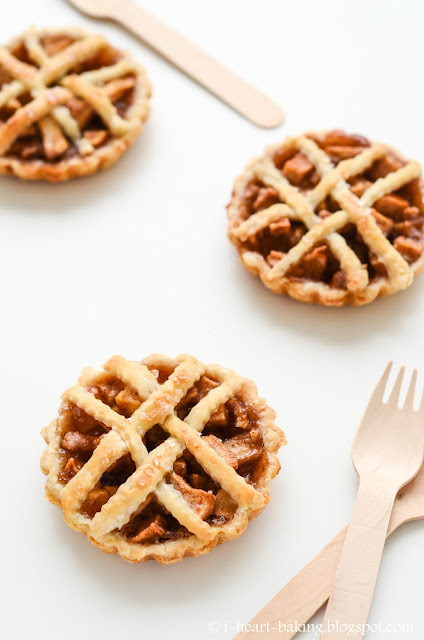