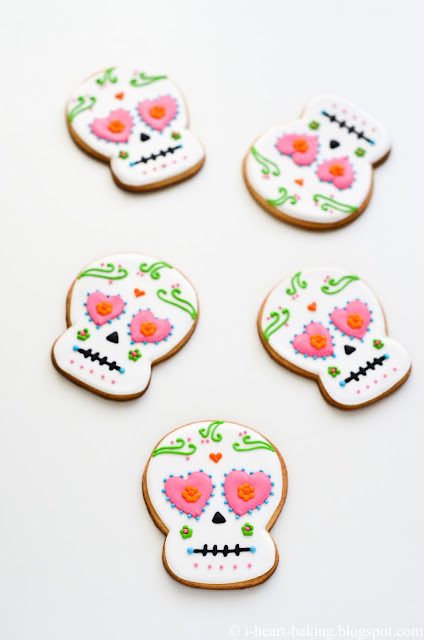 When I was in the 5th grade, my family moved us from San Diego to the Bay Area, and my first friend was a girl named Sara who introduced herself to me on the school bus. We became fast friends, spent afternoons after school together, and often had slumber parties at each other's houses. But somewhere in junior high we drifted, and the last time I remember seeing her was in high school. Until recently, when we reconnected on Instagram of all places!

Sara now owns and runs the Soda Craft food truck with her fiance, and sometime last fall we thought it would be fun to have some of my cookies on her truck! They had a Dia de los Muertos event coming up, so we decided that would be a perfect event for me to bake up some cookies! 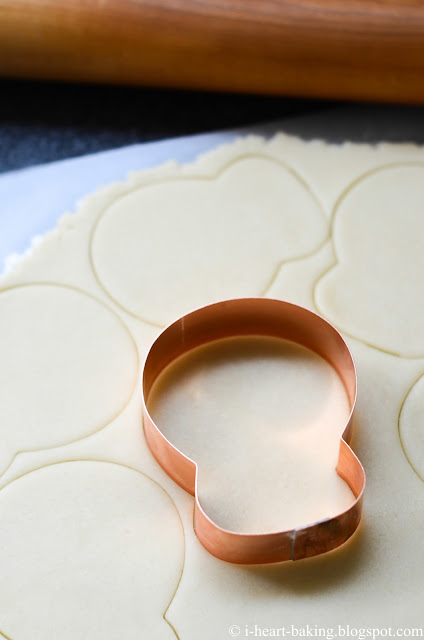 I knew I wanted to make sugar skull cookies, but since I didn't have any skull cookie cutters I asked my sweet hubby to make me one! Armed with my shiny new copper cutter, I made my favorite sugar cookie recipe (in my book, The Hello Kitty Baking Book!), rolled the dough out to 1/8 inch thick, and cut out my skull shapes.

After baking the cookies at 350F until golden brown (about 10-12 minutes), I let them cool and then whipped up a batch of royal icing (recipe also in my book!). I used stiff white icing (in a disposable pastry bag fitted with a small round tip) to pipe an outline on each skull, and then filled it in with runny white icing. 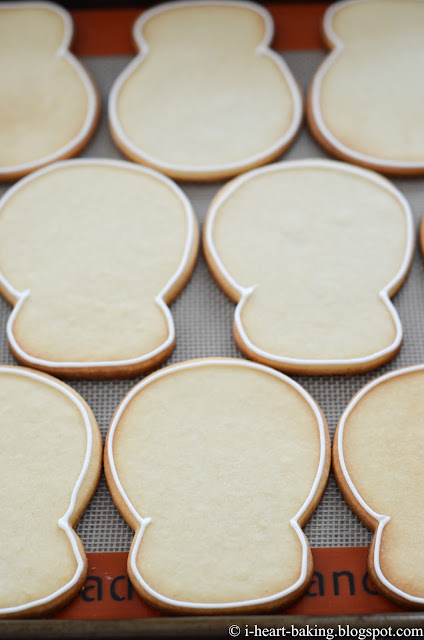 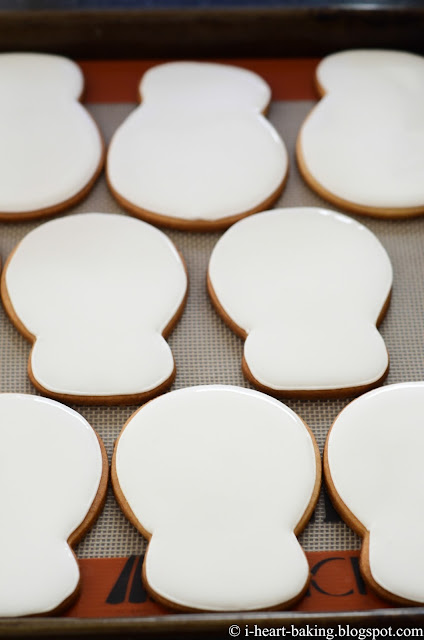 After letting the icing dry for several hours, I used stiff pink icing to pipe heart outlines for eyes. 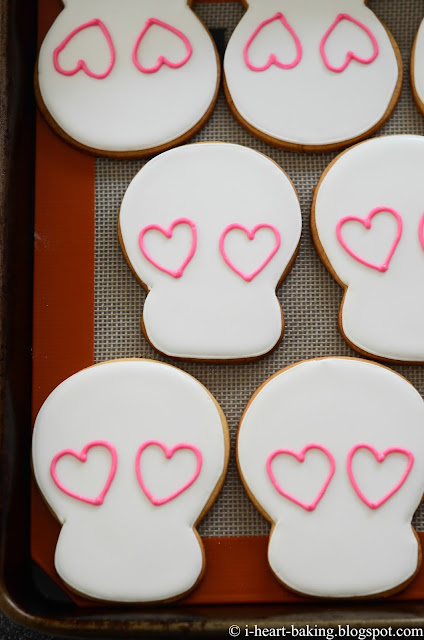 Then I filled in the eyes with runny pink icing, and used stiff black icing to pipe the nose and mouth. 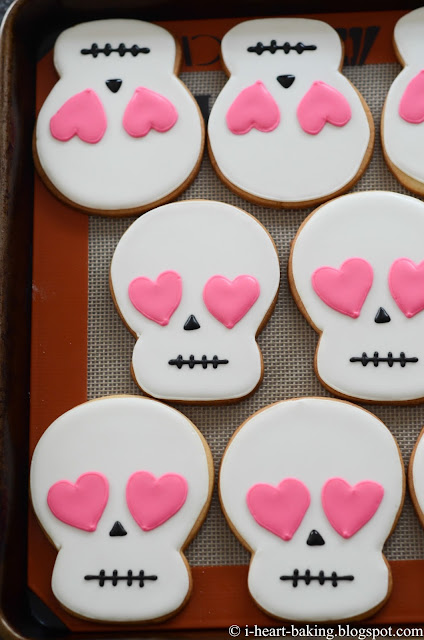 Then came the fun part - adding all the decorative details on the sugar skulls! 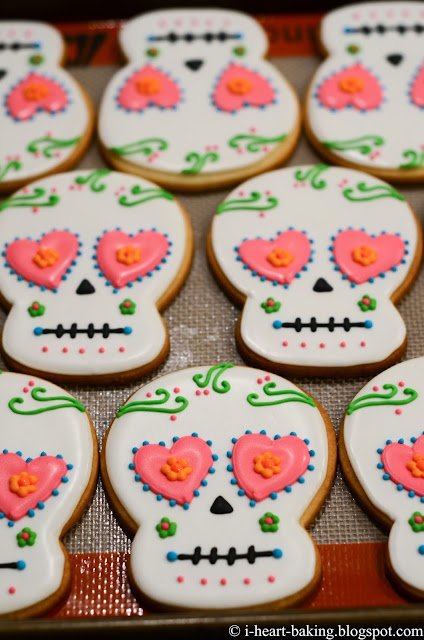 I looked online for pictures of sugar skulls as inspiration, and tried to make it colorful and festive with details in blue, green, orange, and pink. 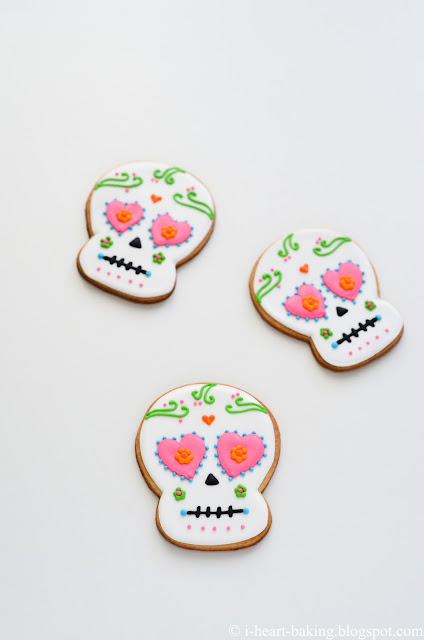 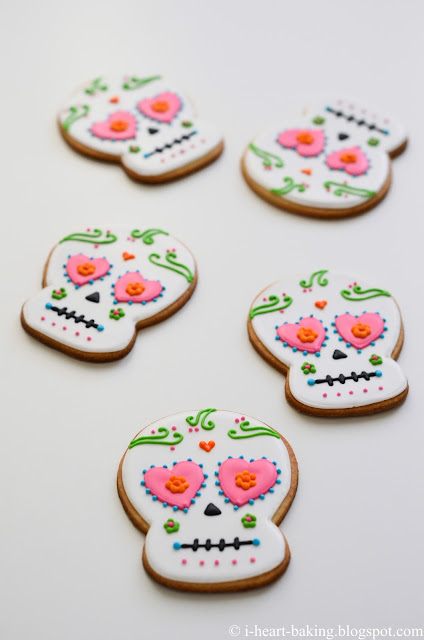 It was so much fun working with Sara, and I can honestly say that after so many years she somehow looks exactly the same!!! 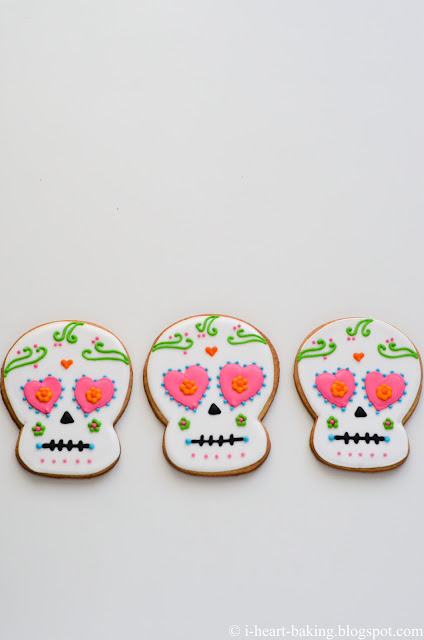 And the cookies did great on the truck! It was a successful first collaboration. 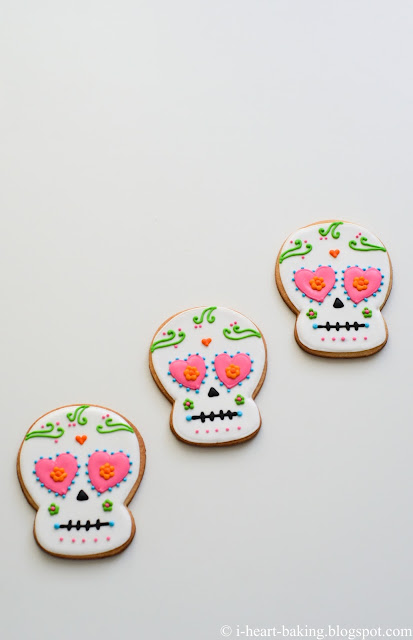