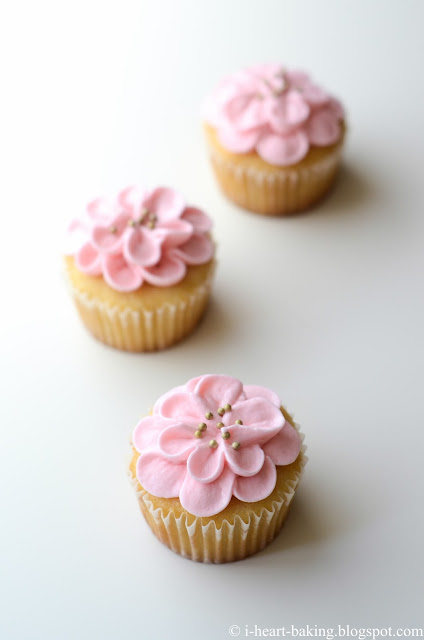 For the cupcake batter, I used my favorite vanilla cake recipe (which you can find in my book The Hello Kitty Baking Book). After baking them at 350F for 18-20 minutes, I whipped up a batch of cream cheese frosting (also in the book!) while I waited for them to cool. 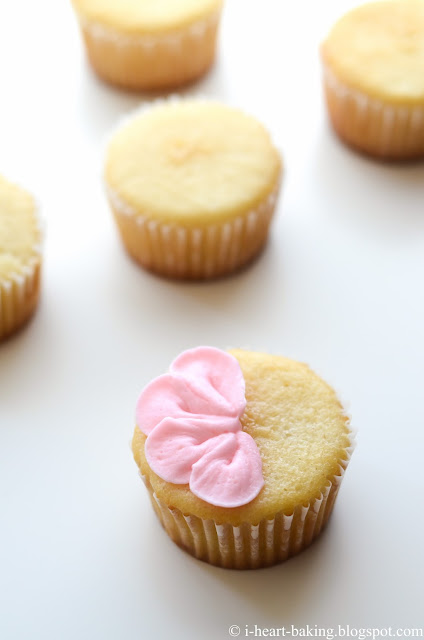 Once cooled, I was ready to pipe my flower petals. Using this petal tip in a disposable pastry bag, I turned the cupcake with my left hand, while piping the petals with my right hand. (You can find a tutorial for a similar flower on the Wilton website here). 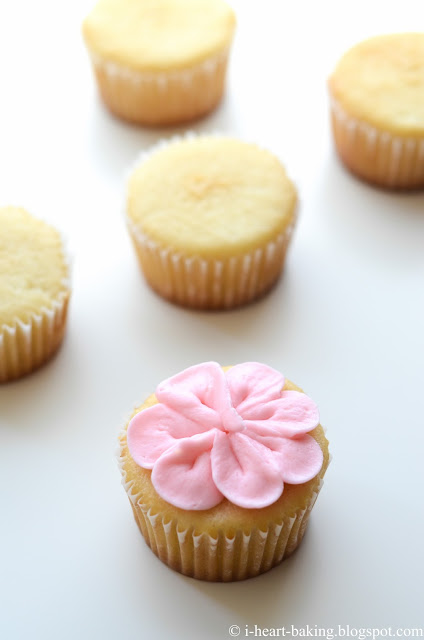 After my first row of petals, I piped a second row of smaller petals on top, and then decorated the center with gold sugar pearls. 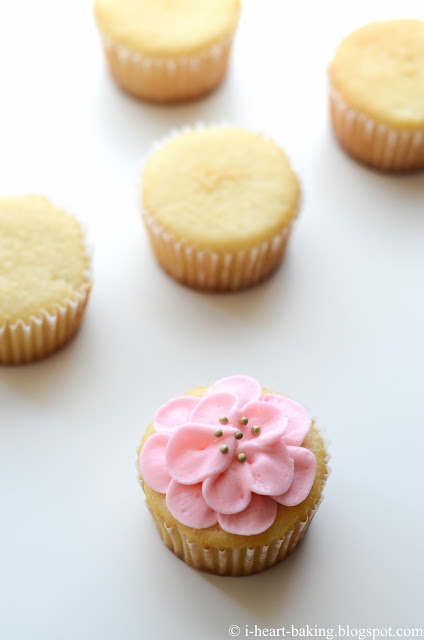 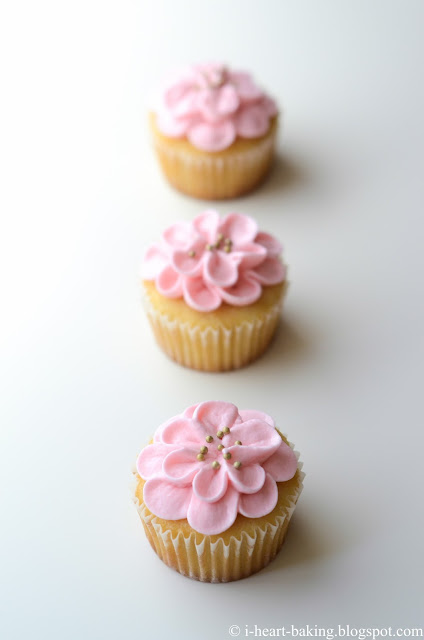 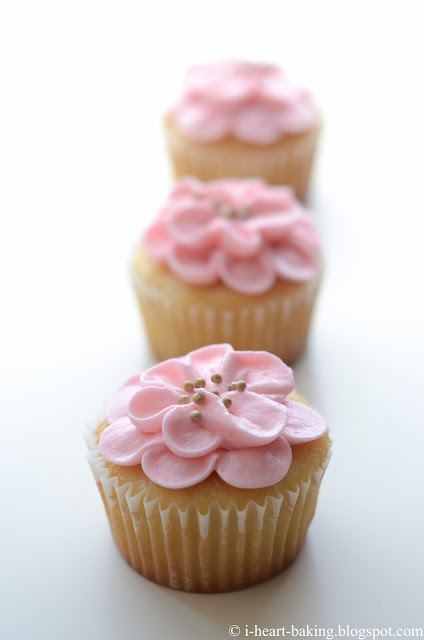 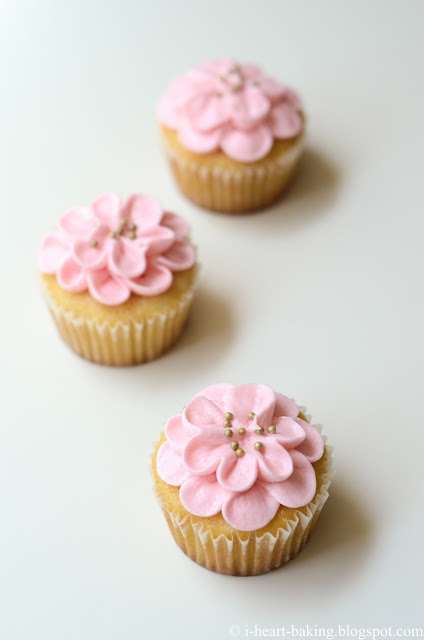 Since we would be attending the birthday party, I offered to come a bit early with the cupcakes and help set up. So I loaded them into two cupcake couriers (which I love because the cupcakes stay put and I don't have to worry about them shifting or getting messed up during the drive) and we were set to go! (Each cupcake courier holds 36 cupcakes, and you can buy them here). 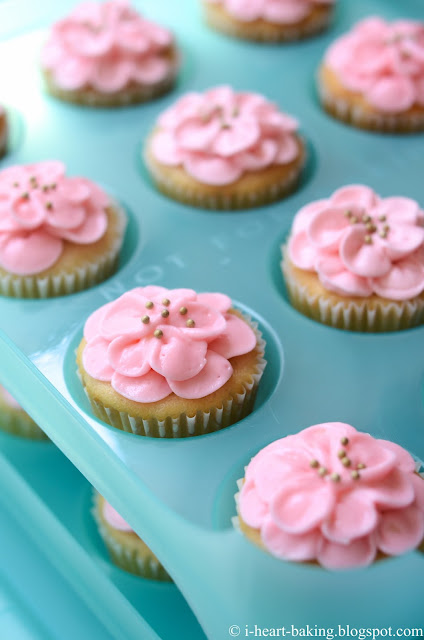 Half the cupcakes were decorated with a large star tip rosettes (which you can also use to decorate gorgeous rosette cakes!), and the other half were the petal cupcakes which I described above.

I also brought along my convenient cupcake tower to display the cupcakes! This cupcake tower is awesome because each tier comes apart and can be nested and stacked inside each other, plus it's made of a sturdy plastic so it won't break during the drive, yet it still looks nice!

Hope you had a happy first birthday, baby Winta!
Posted by michele at 10:00 PM