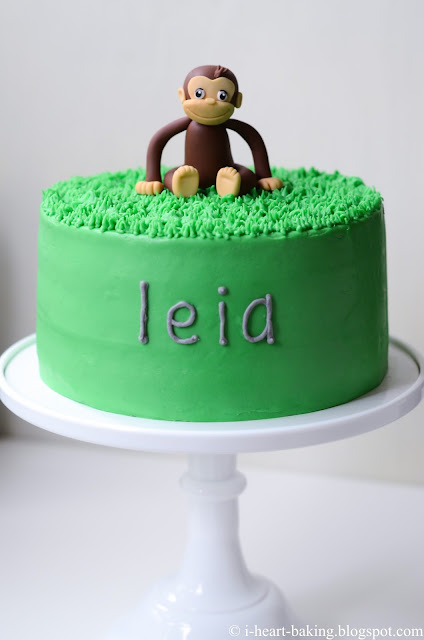 My best friend Sue's daughter Leia turned three this past summer, and since Leia love Curious George, she asked me to make a Curious George cake for her party! Leia's only requests were: a) it was green, and b) it was chocolate. (She doesn't like "yellow cake", only "brown cake"!) So we decided on a chocolate cake filled with fresh strawberries and whipped cream, decorated with piped green grass frosting and a fondant George on top!

A couple of weeks before the party, I started making George out of fondant, since I knew I'd need time for the fondant to harden. So I tinted my fondant with brown gel-based food coloring, and shaped the pieces that I would need. 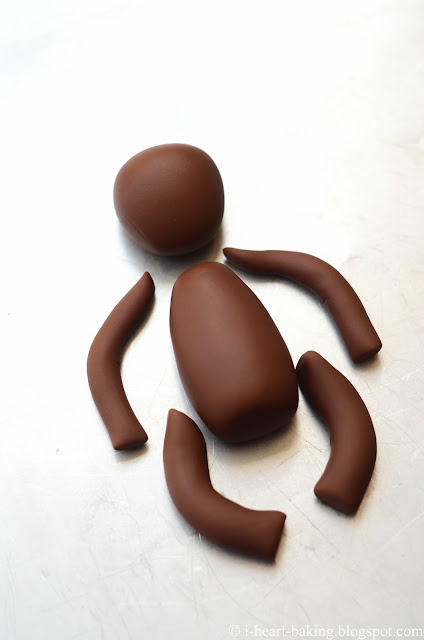 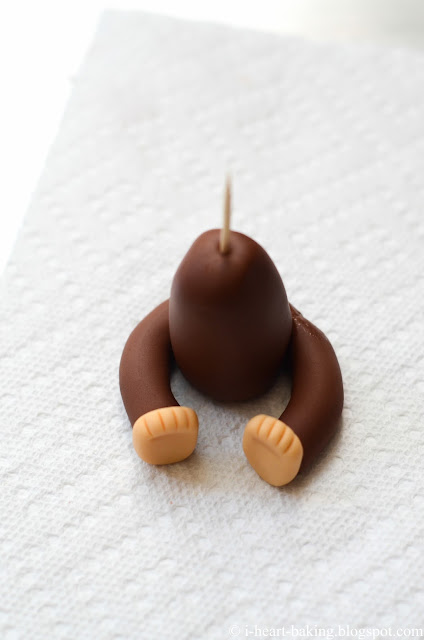 Next came the arms, complete with little hands. 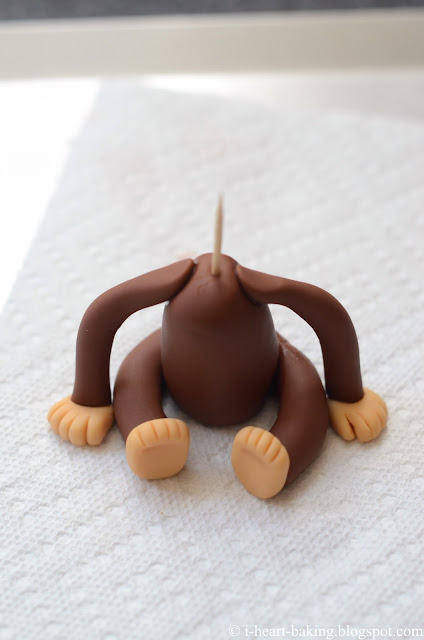 And finally, the head! 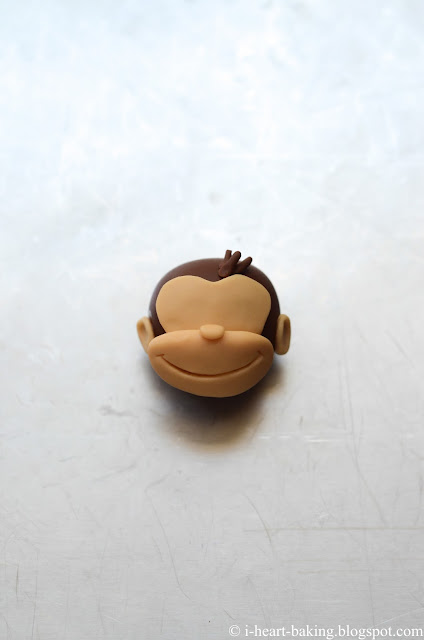 I used an edible food marker to color in his eyeballs and lashline, and added tiny white nonpareils for the white dot in his eyeball. 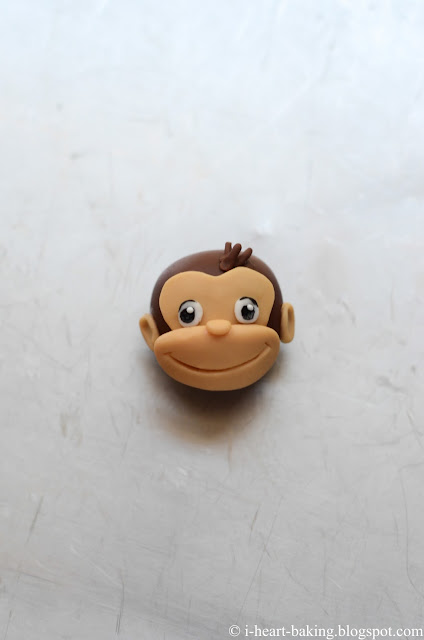 Then I attached his head to his body (with a toothpick connecting the two), and then he was done! He looks a little sleepy, in my opinion, but still cute nonetheless? 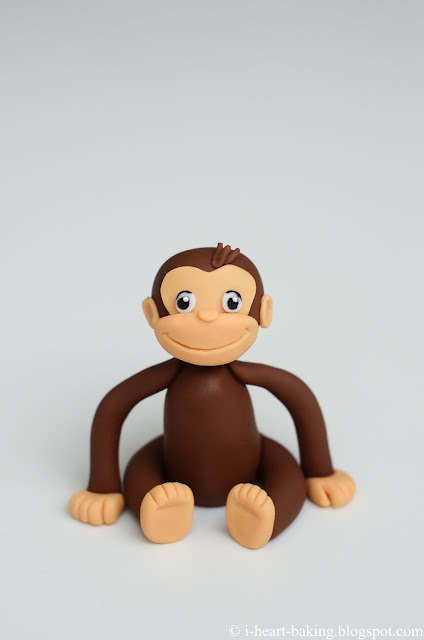 Next was the cake, which I made the night before the party. I baked up two 8-inch round chocolate cakes (recipe in my book, The Hello Kitty Baking Book!) and let them cool before slicing them in half horizontally with a serrated knife. This way I would end up with four cake layers. 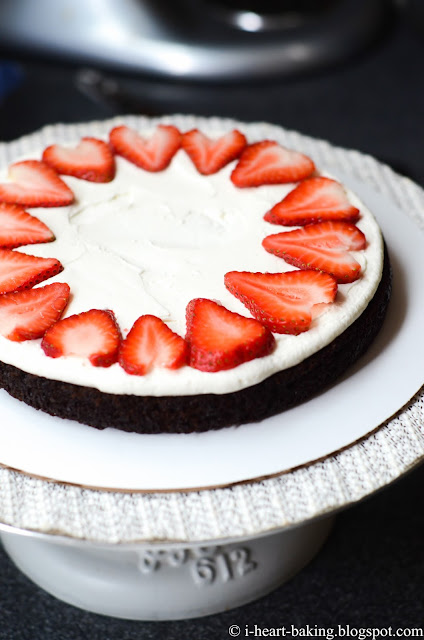 Then I filled each layer with freshly whipped cream and sliced strawberries. 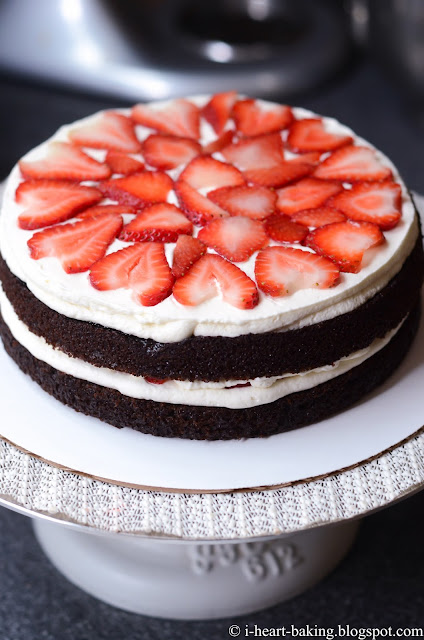 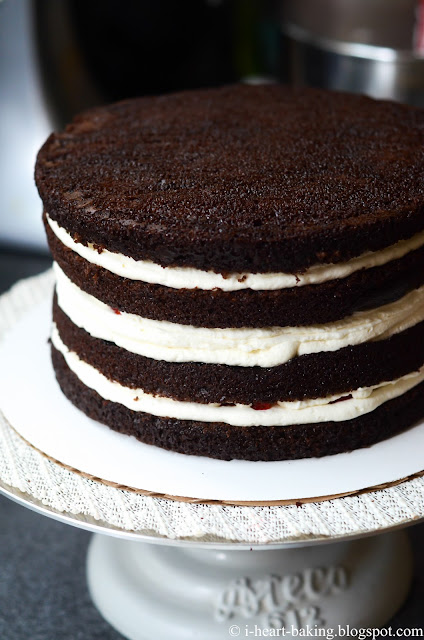 Once the cake layers were assembled, I whipped up a batch of cream cheese buttercream (recipe also in my book!) and tinted the majority of it green. Then I used an offset spatula to cover the top and sides of the cake with a quick crumb coat. 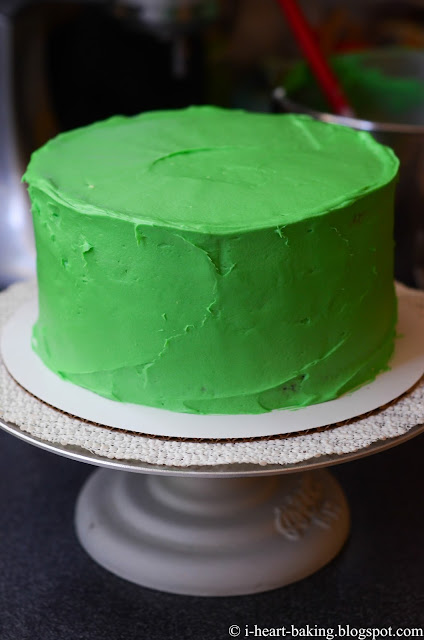 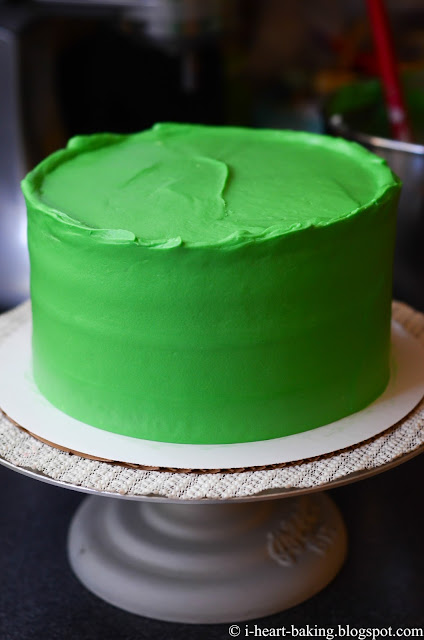 After letting the crumb coat chill in the fridge for 30 minutes, I did a smooth final coat, and then used a grass tip in a disposable piping bag to pipe the grass on the top of the cake. (see here and here for more examples of piping the grass!) 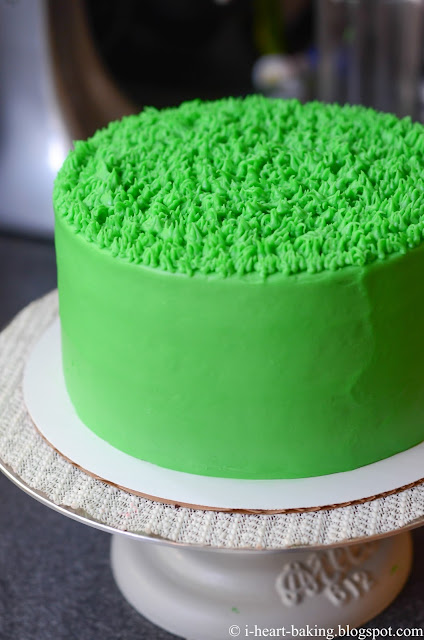 Finally I piped her name with gray frosting on the side of the cake, and placed little George on top (with a little bit more frosting on his bottom to hold him in place!). 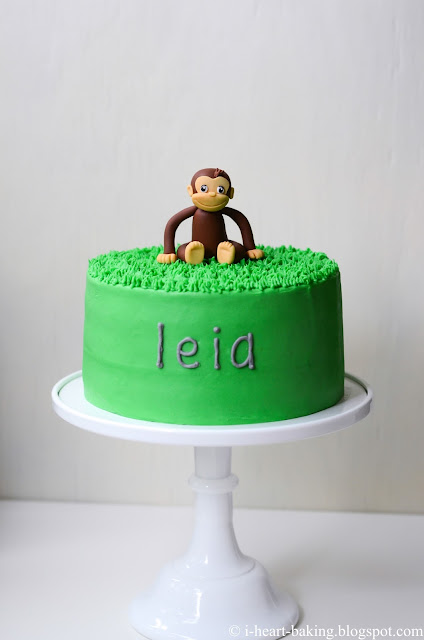 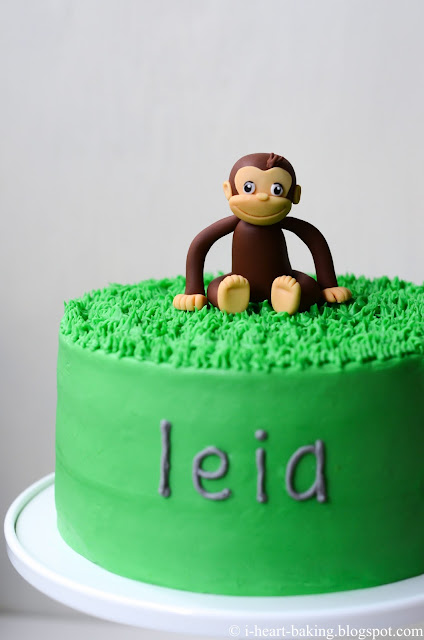 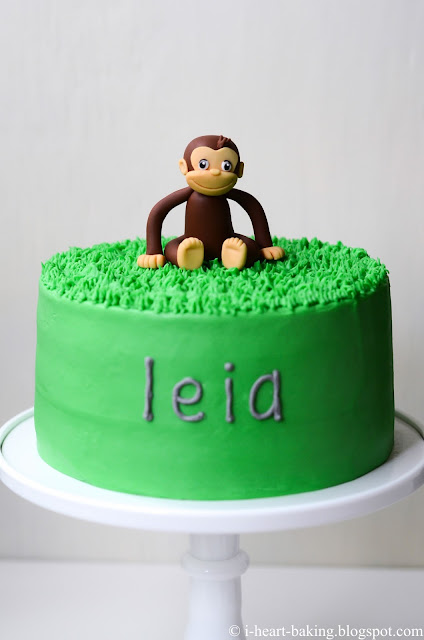 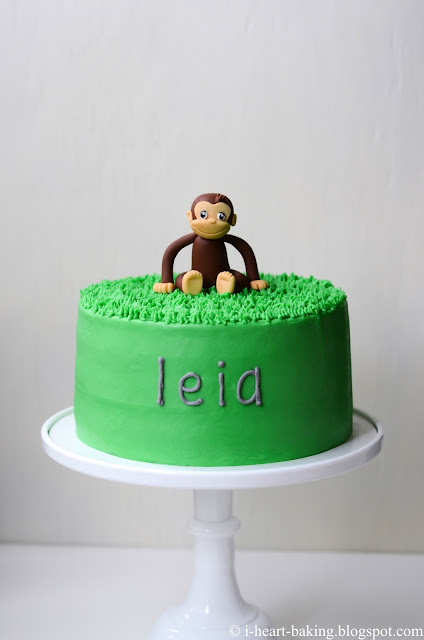 His arms looked a little wonky, but at least Leia recognized him! 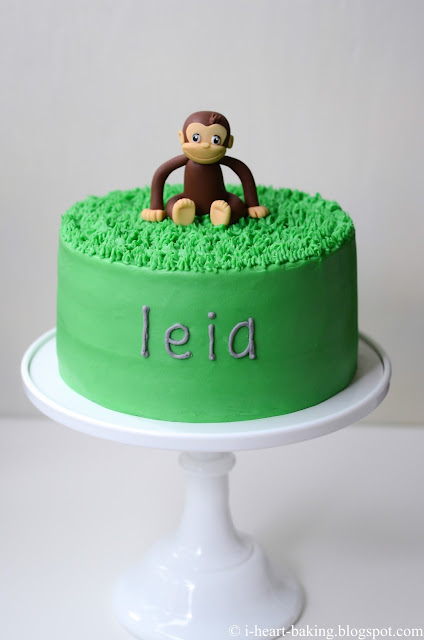 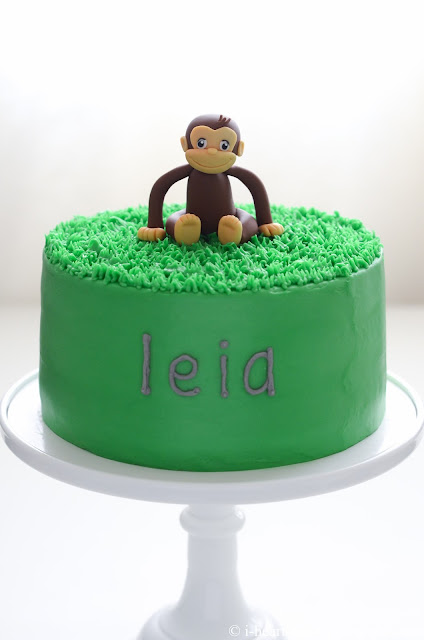 And here are some pictures from her party. So much fun! 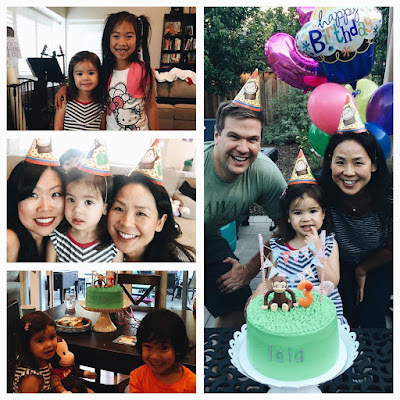 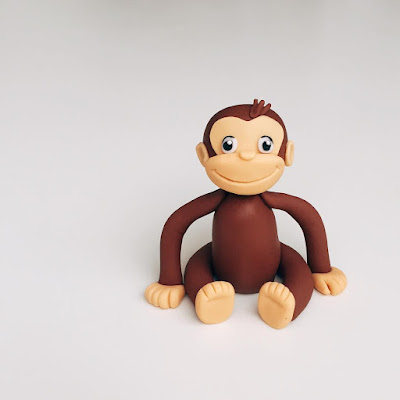