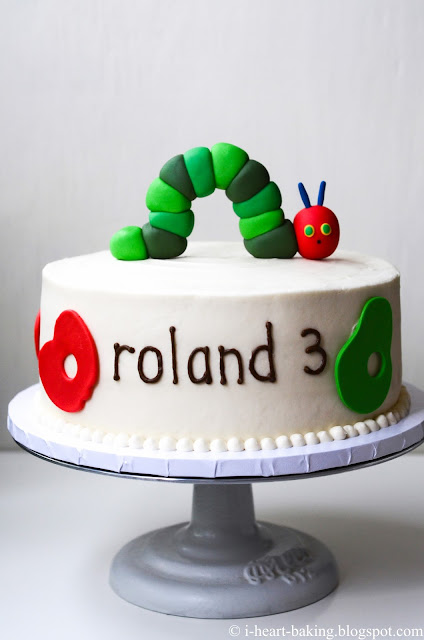 I've had the privilege of making cakes for Doan ever since her son's first birthday (see this circus carnival cake, and this elephant cake for his second birthday), and last summer for his third birthday the theme was The Hungry Hungry Caterpillar! We decided on a vanilla cake filled with fresh strawberries and whipped cream, and a handmade fondant caterpillar topper.

A few weeks before the party, I got started on the topper, as it would need time to dry completely. I started with white fondant, which I tinted several shades of green, and then rolled into little balls (about the diameter of a quarter). 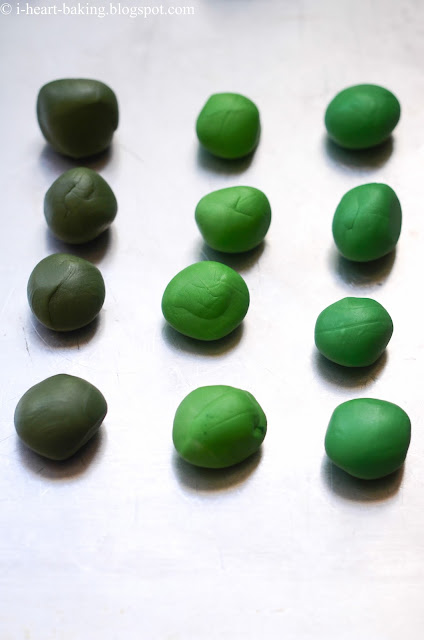 Then I shaped each ball into a square, flattened them a bit, and connected them to form the caterpillar's body. 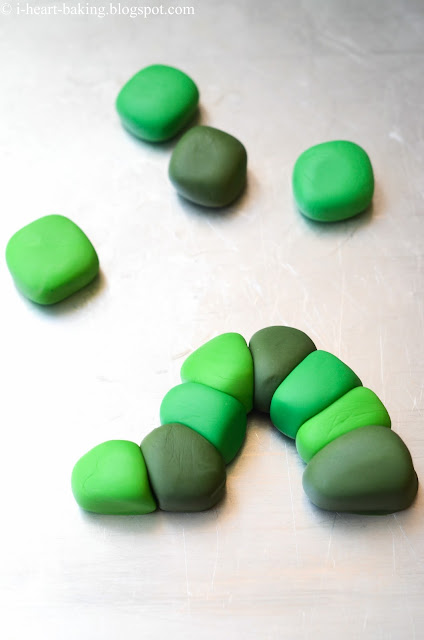 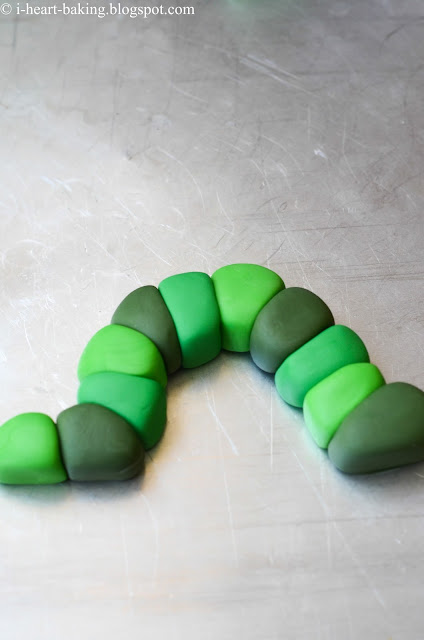 Then I formed a red ball for his head, yellow and green eyes, and little purple antennae. And a little black dot for the nose, done with an edible food marker. The final step was to insert two toothpicks into the bottom of the topper, so that it would stay in place when it was time to place it on the cake! 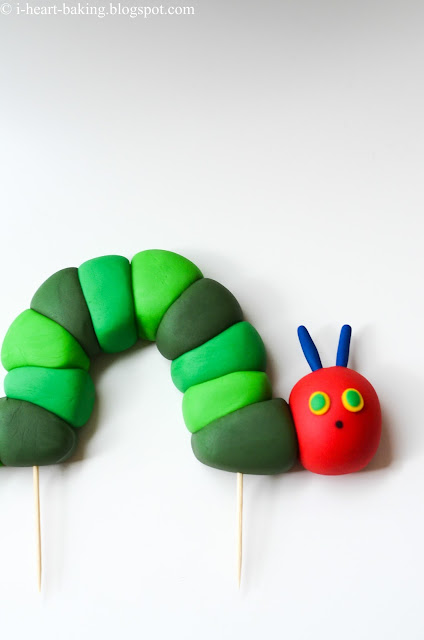 When it came time to make the cake itself, I baked up two 10-inch vanilla cakes (used my favorite vanilla cake recipe in my book, The Hello Kitty Baking Book, and did 1.5 times the ingredients), let them cool, and then sliced them in half horizontally to give me four layers. 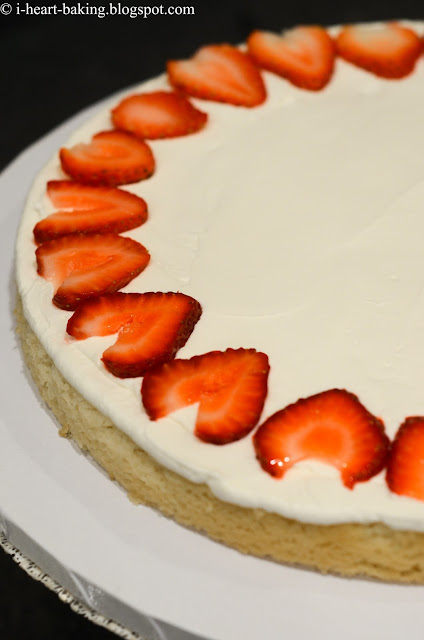 After filling each layer with freshly whipped cream and sliced strawberries, I covered the top and sides of the cake with a crumb coat of cream cheese buttercream (recipe also in my book!). 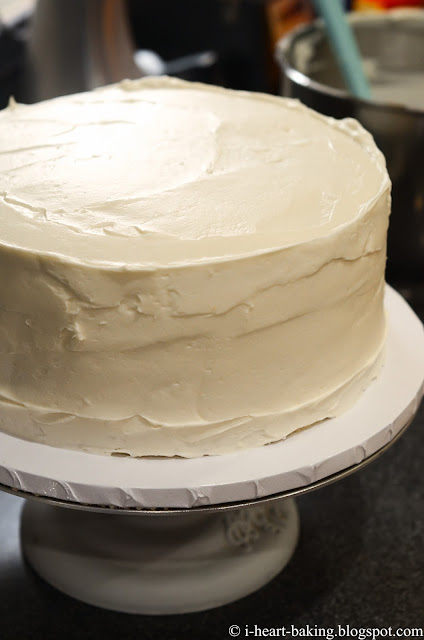 Then I let the cake chill in the fridge for half an hour before covering the cake in a final coat of frosting, smoothing it out with a long metal spatula (and a long offset spatula for the top of the cake!) 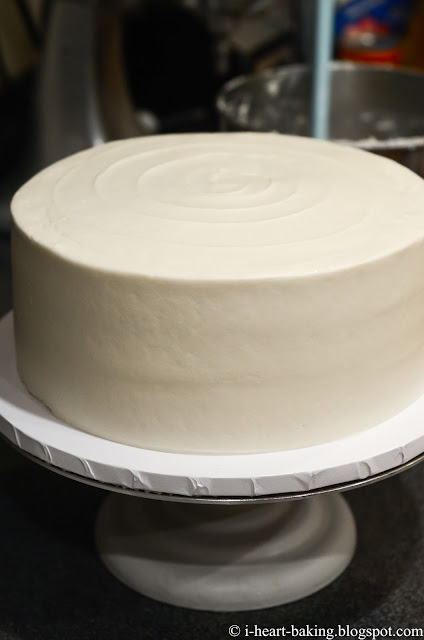 I also added a beaded border along the bottom of the cake, using a disposable pastry bag fitted with a medium round tip, as well as Doan's son's name in brown frosting (and a "3" since he was turning three!) 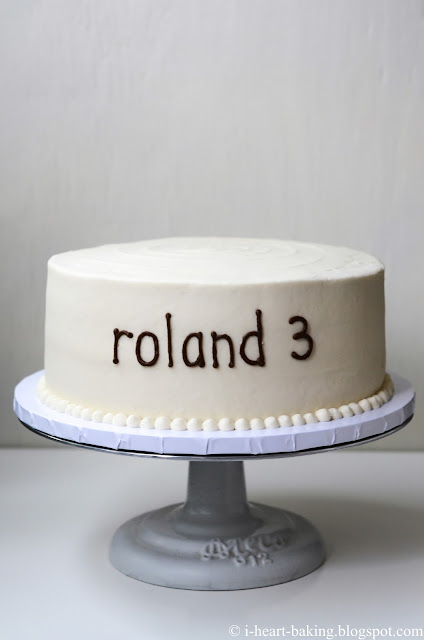 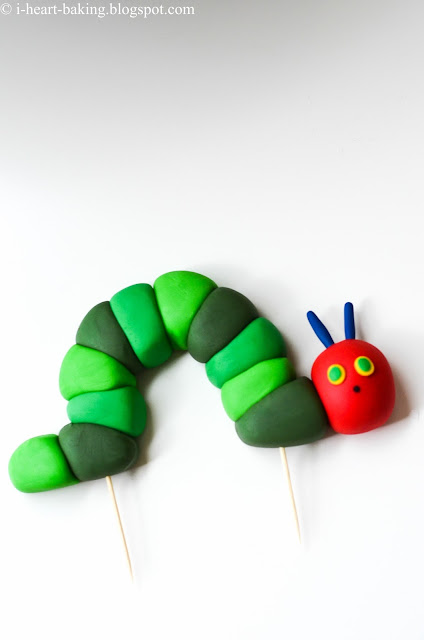 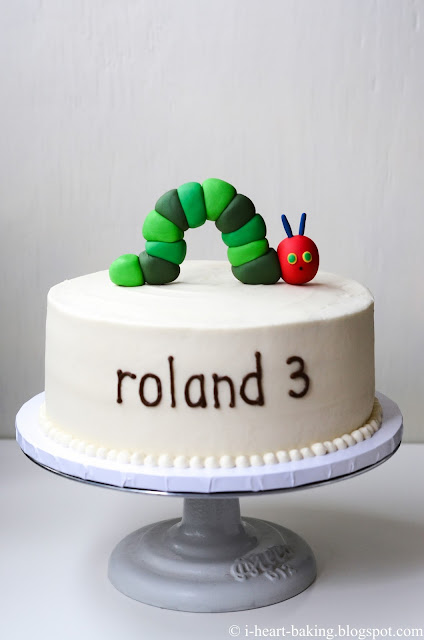 The toothpicks in the topper helped to keep it nice and stable on top of the cake, but I also added a few dollops of frosting under the topper to help keep it in place. 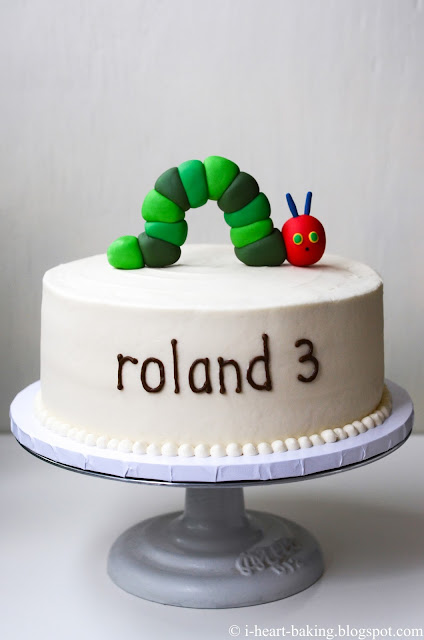 I also made a few apples and pears out of fondant (with holes in the middle, just like in the book!), to decorate the sides with. 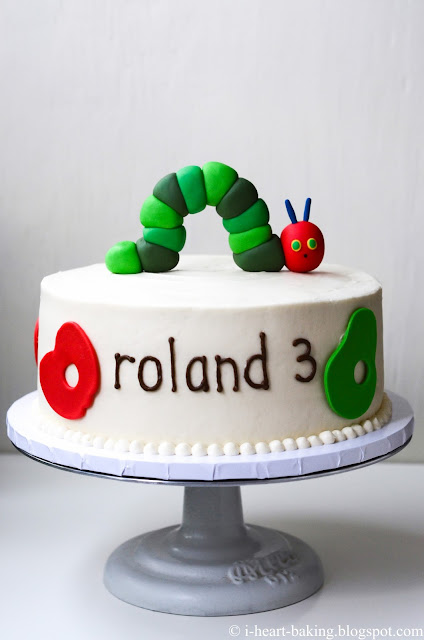 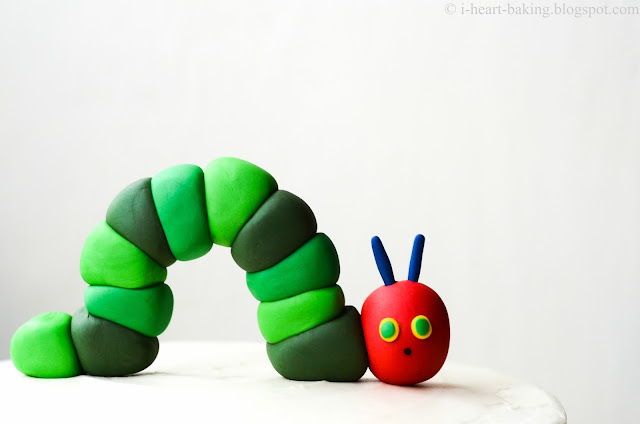 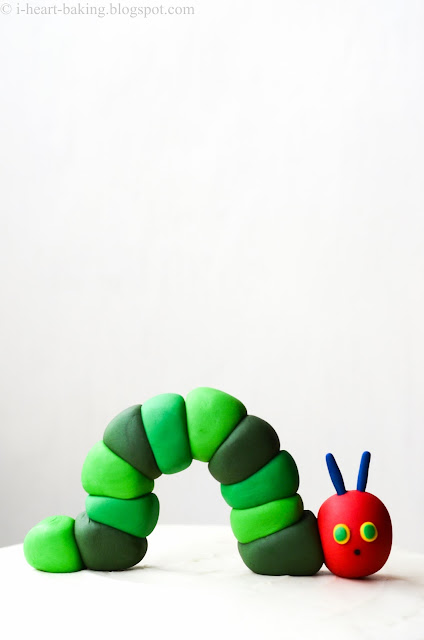