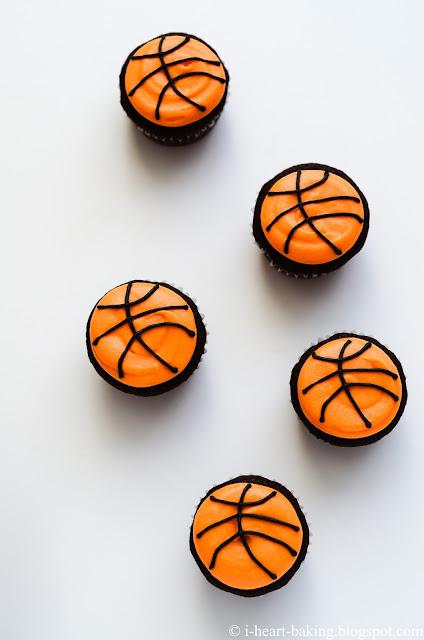 My youngest baby just turned FIVE!!! Where does the time go?! 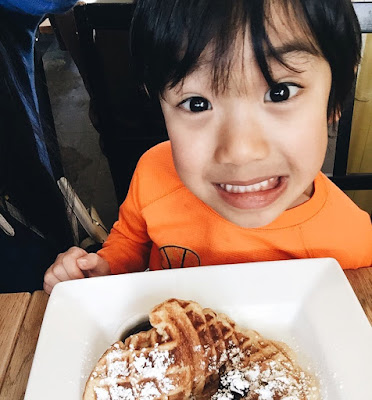 Every year I make him birthday cupcakes. First there were these meatloaf cupcakes, as well as funfetti cupcakes. Next came Elmo cupcakes, and the next year Cookie Monster cupcakes because he was super into Sesame Street at that time. And now the thing that he is absolutely and completely obsessed with is BASKETBALL. He loves it. Can't get enough of it. We watch almost every Golden State Warriors game on TV. He plays basketball outside in our backyard when the weather is nice. Otherwise, he shoots hoops inside, because we have one of those small plastic basketball hoops that hangs over a door near the kitchen. He knows all the numbers of every Warriors player. He can even commentate while we are watching Warriors games, and does a pretty good job of it! So naturally, this year he asked for basketball cupcakes! 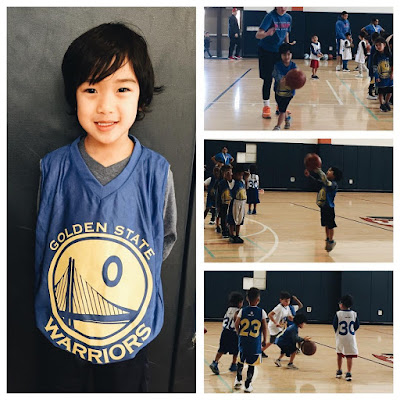 For the batter, I used my favorite chocolate cake recipe (which you can find in my book, The Hello Kitty Baking Book!), which also works great for cupcakes! 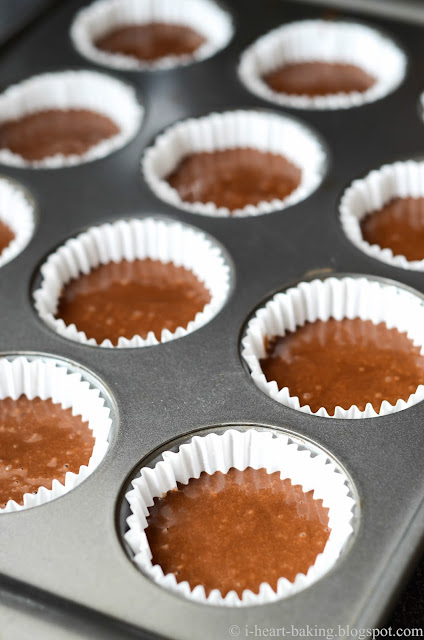 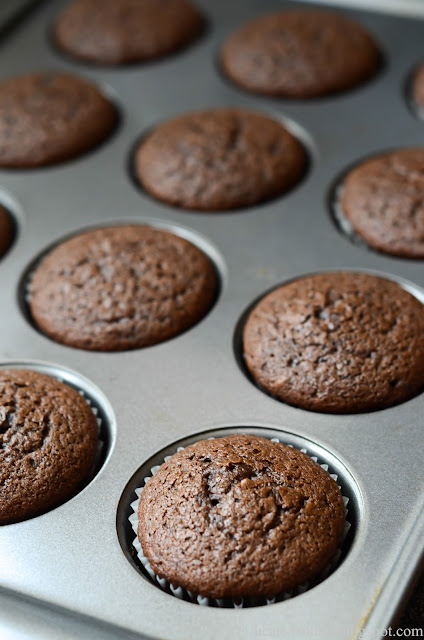 Once the cupcakes were baked and cooled, I whipped up a batch of cream cheese frosting (you can also find this recipe in my book). I tinted the majority of it with bright orange gel-based food coloring. And then I used a disposable pastry bag fitted with a large round tip, and piped big round mounds of frosting on each cupcake. 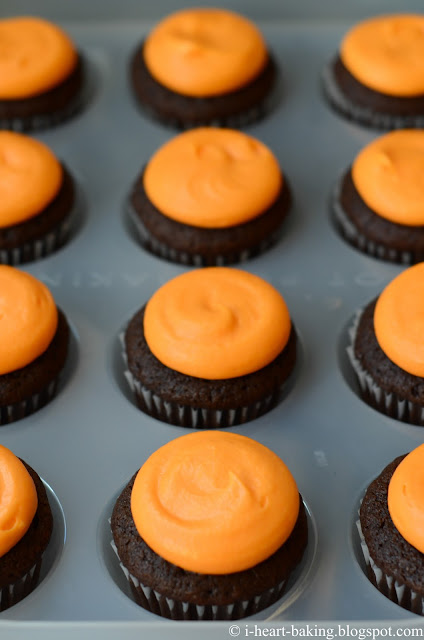 Then I tinted the remaining portion with super black gel-based food coloring, and used a small round tip to pipe the details of each basketball. 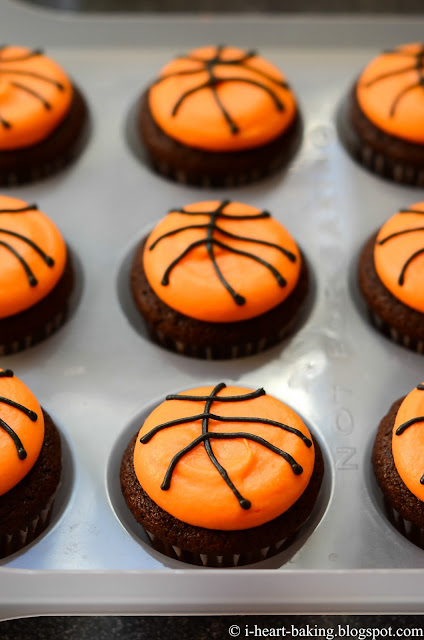 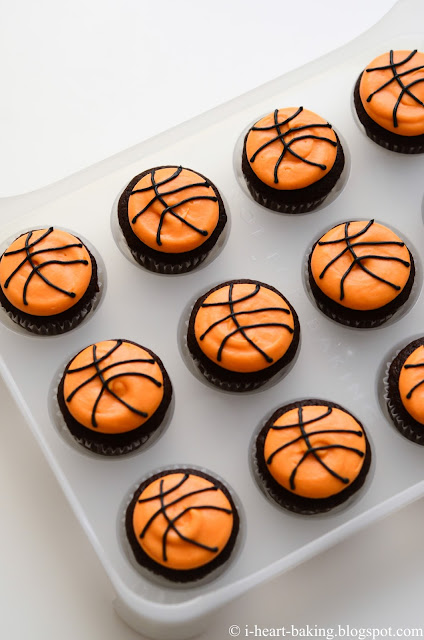 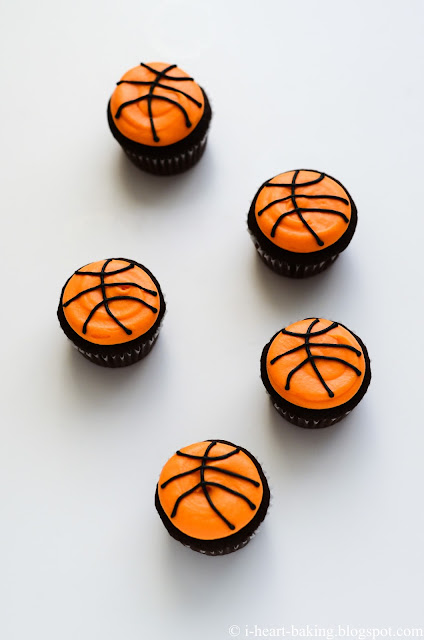 And then they were done! 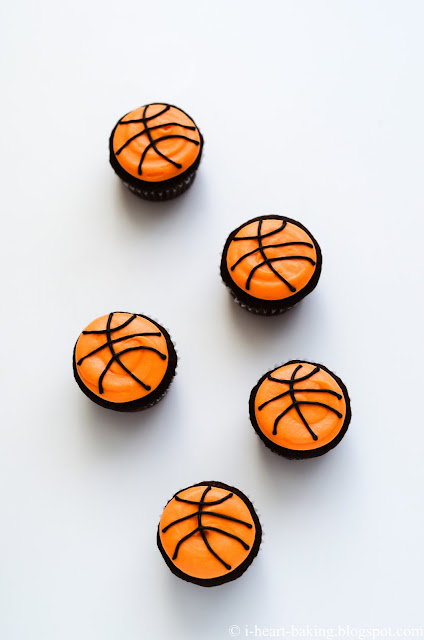 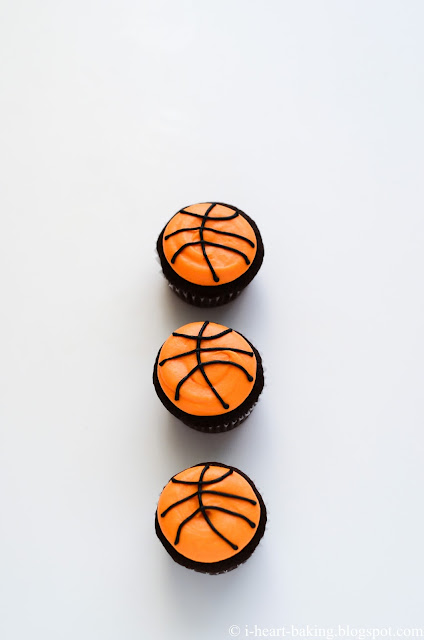 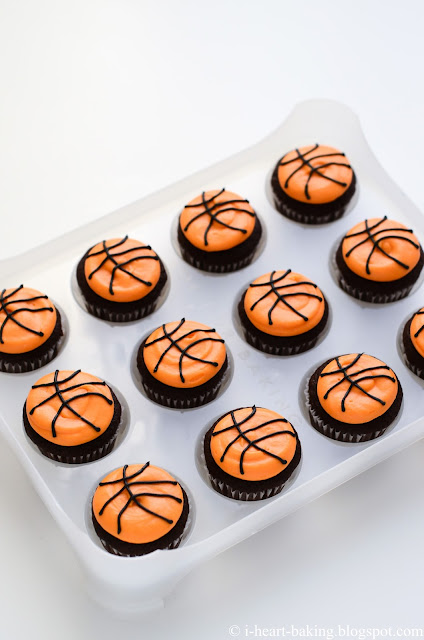 I finished decorating them just in time to bring them to his preschool class party, so I loaded them up in my cupcake courier (my favorite way to transport cupcakes!) and brought them to school. 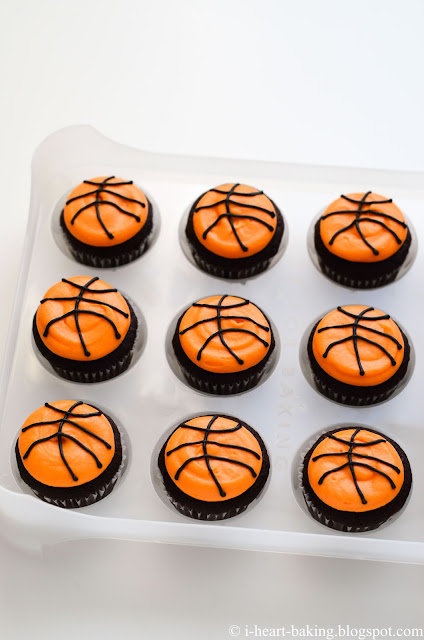 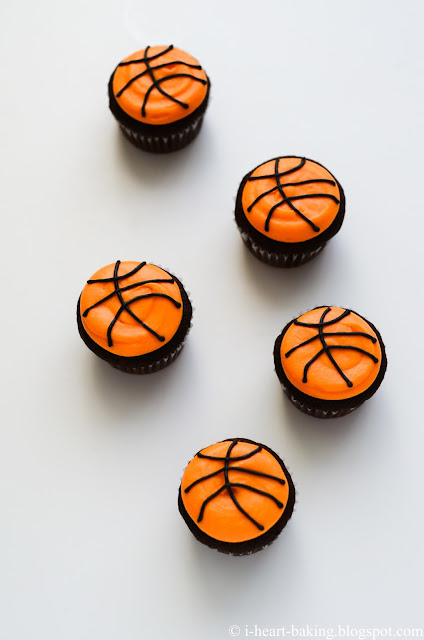 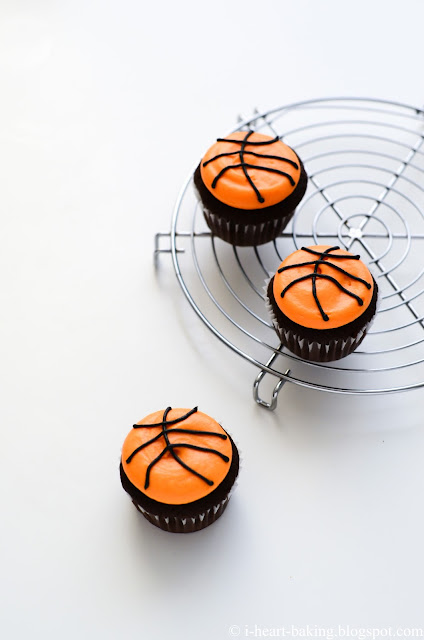 I also made goody bags for him to pass out to his classmates - blue and gold (Warriors colors) paper bags filled with mini bouncy basketballs, basketball-shaped whistles, basketball pencils, basketball chocolate candies, and basketball pillow mints. And all tied with matching ribbon and a handmade DIY basketball favor tag that I (painstakingly) drew with a sharpie and cut out of orange construction paper. 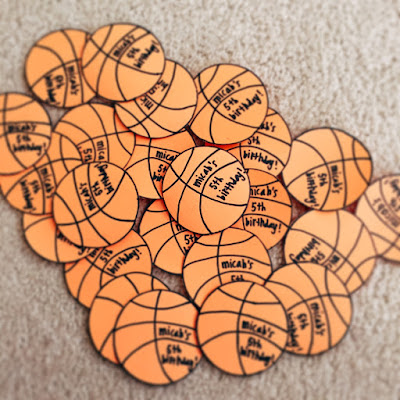 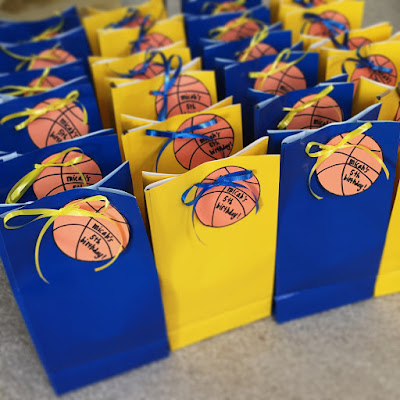 We decided not to have a real party (sadly, he has never had a real birthday party! Poor kid, I guess that's what happens when you're the third kid!) Instead, we bought him the ultimate birthday gift for a kid who loves Warriors basketball. WE TOOK HIM TO A WARRIORS GAME! 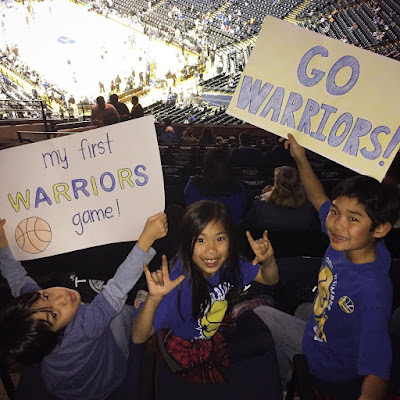 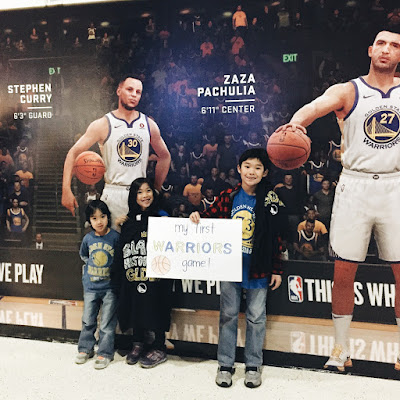 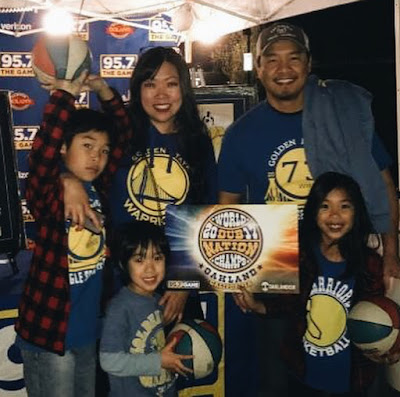 Happy Birthday, my Micah! Hope you enjoyed your basketball birthday! 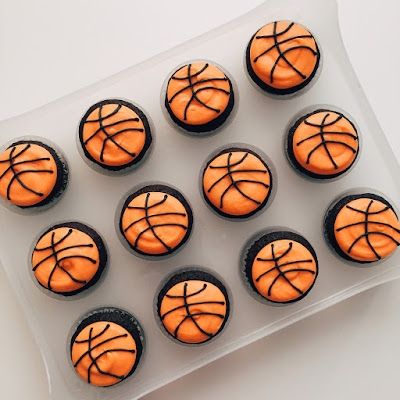 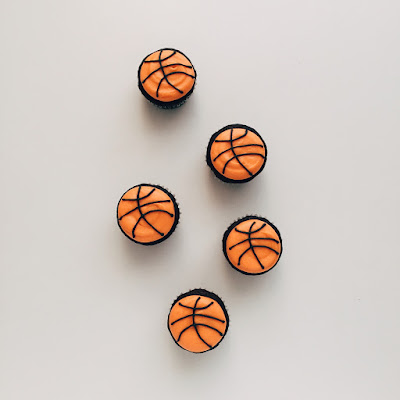