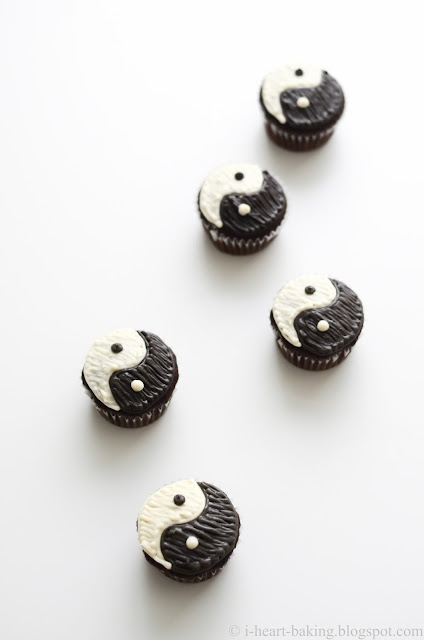 My two older kids are learning Kung-Fu, and last summer (or was it the summer before that? I'm really behind!) for the annual picnic I signed up to make cupcakes. When it came time to actually make the cupcakes, I had no idea what to do! Piped Kung-Fu frosting figures on the cupcakes? Chinese characters? And then when I looked at their Kung-Fu uniform, it came to me. Yin and Yang cupcakes. (It was printed on the sleeves!) 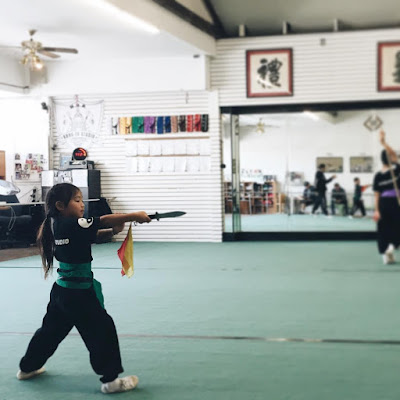 So I started by baking up my favorite chocolate cupcakes (recipe in my book, The Hello Kitty Baking Book!), as well as my favorite cream cheese frosting. I added dark cocoa powder to half of the frosting, and left the other half white, and then used a disposable piping bag fitted with a small round tip to pipe my Yin and Yang design. 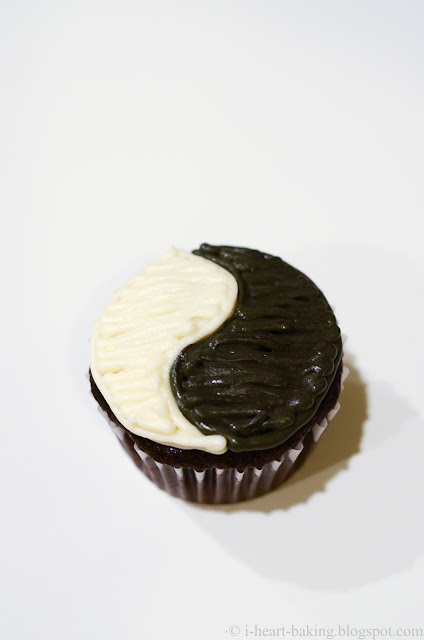 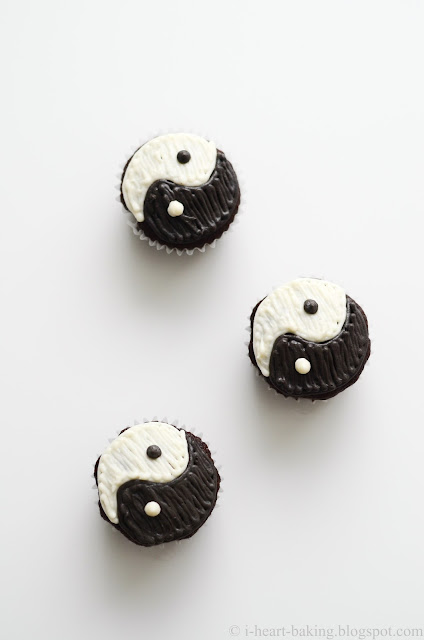 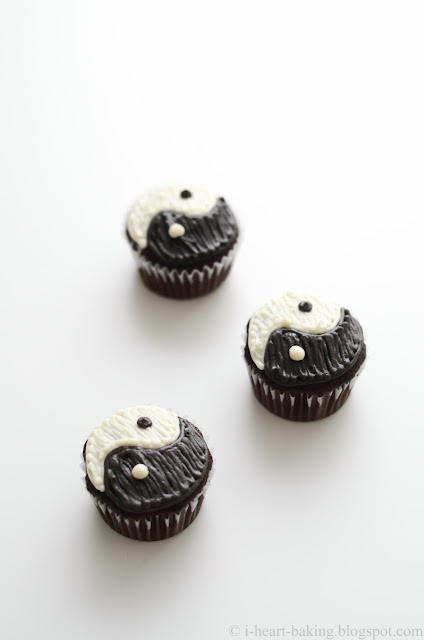 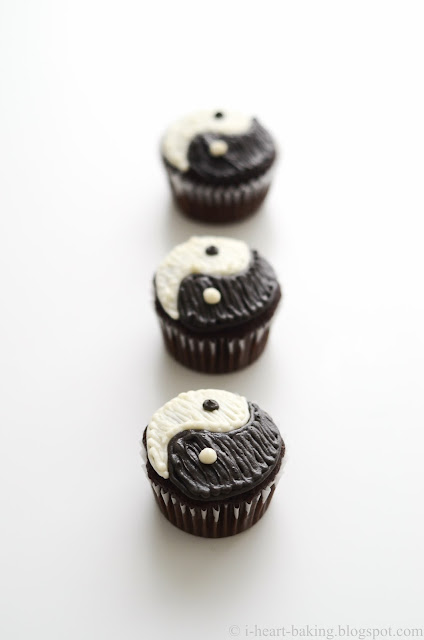 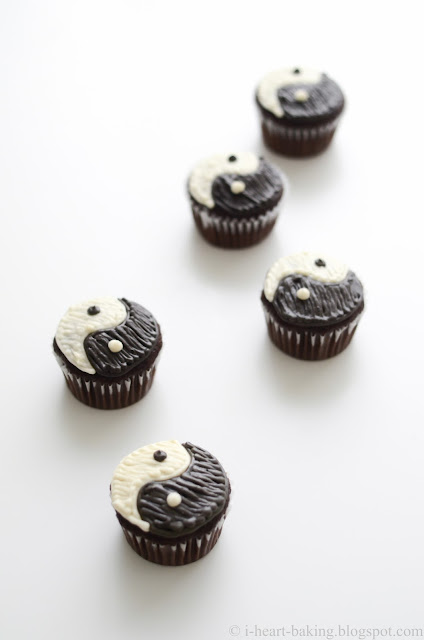 The cupcakes were a hit, although when one of the Si-fu saw them he asked, puzzled, "Yin and Yang?" I just smiled, but I wanted to say "Yes! It's on your uniforms! I didn't know how else to decorate cupcakes for a Kung-Fu picnic!" 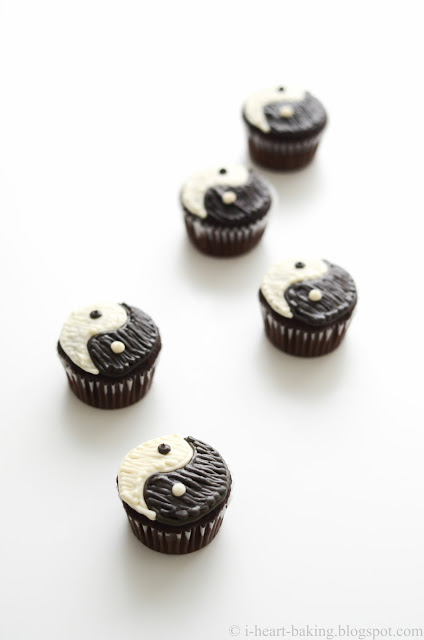 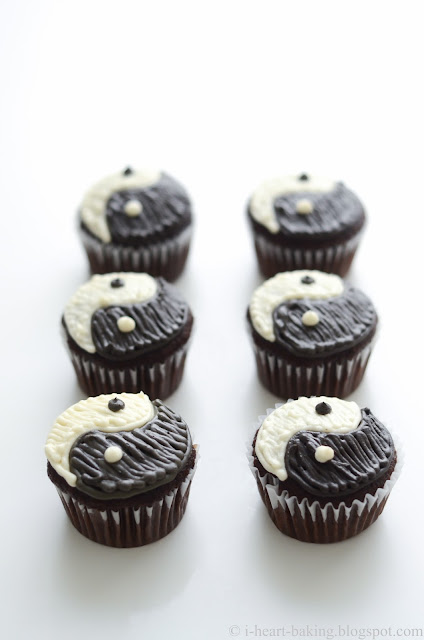 Anyway, all the cupcakes were eaten, so that's a good sign. Ha ha! The End. 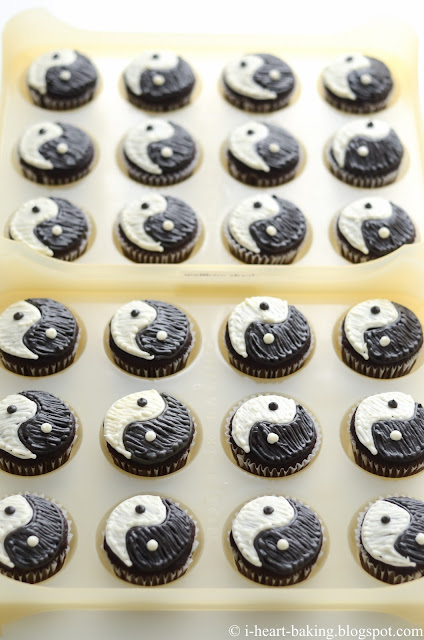