red white and blue flag cake for fourth of july 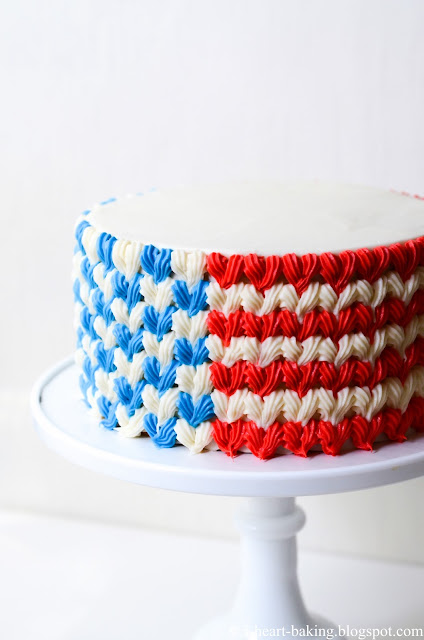 Last year for the Fourth of July, my husbands parents were visiting from Hawaii, and his dad's cousin Holly invited us over for a Fourth of July party! His mom was going to make a curried rice salad, and I said I would make a cake. I pictured a red, white, and blue cake on the inside as well as the outside! 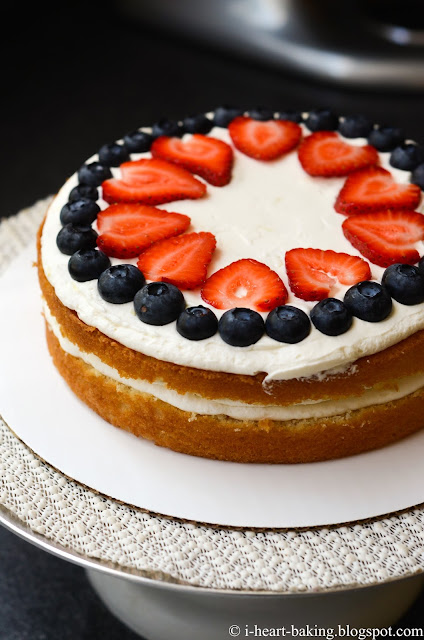 For the cake, I baked up my favorite vanilla cake (recipe in my book, The Hello Kitty Baking Book!) in two 8-inch round cake pans, let them cool, and then sliced them in half horizontally to give me four cake layers. Then I filled each layer with fresh whipped cream, sliced strawberries, and fresh blueberries. 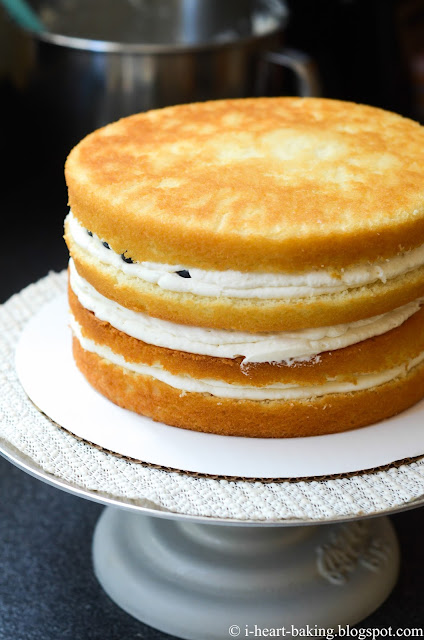 For the frosting I whipped up my cream cheese frosting (recipe also in my book!), covered the top and sides with a quick crumb coat, and chilled it for 30 minutes. Unlike most of my cakes, this one wasn't going to need a final coat of frosting, as I was planning on decorating the sides with red white and blue piping. 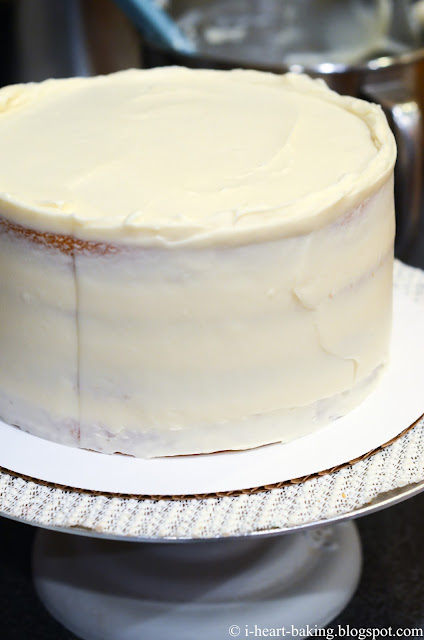 For the piping, I used a disposable pastry bag fitting with a medium star tip, and piped little "heart"s down the cake, alternating with blue and white frosting. These were going to be the blue and white star portion of the flag. 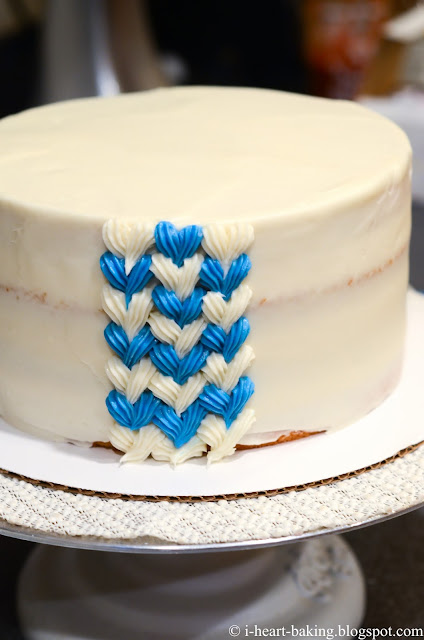 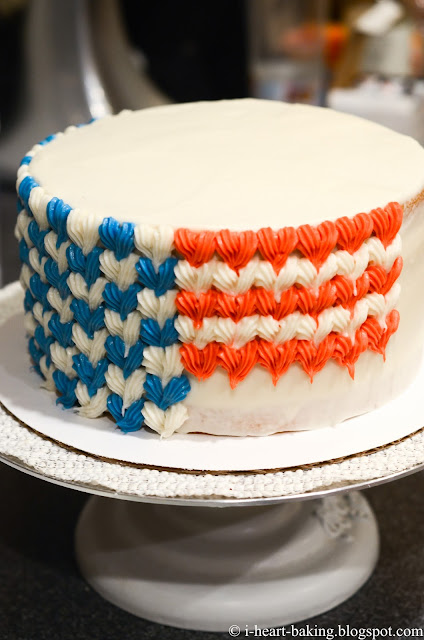 I kept going from left to right, until I eventually had gone around the entire cake and was back to my blue and white piping. 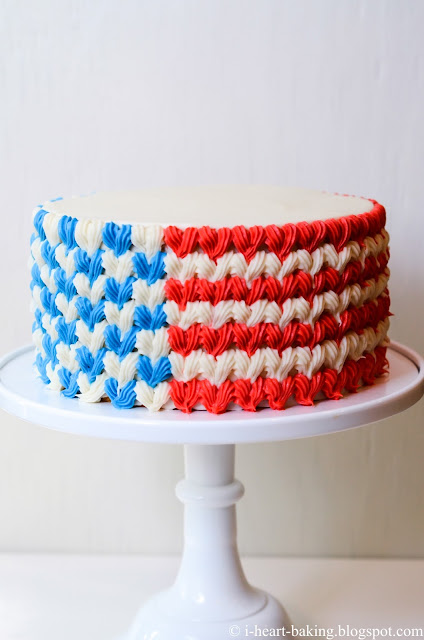 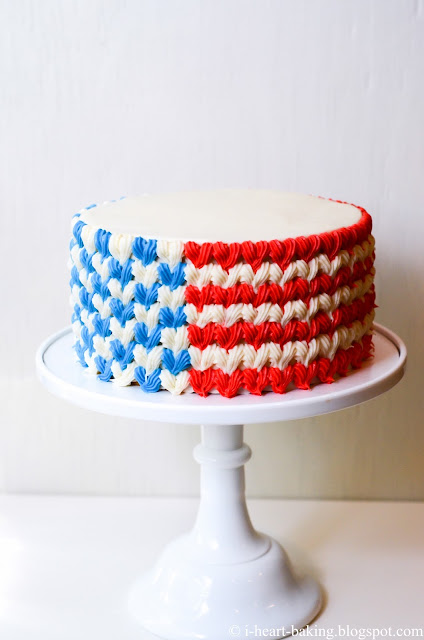 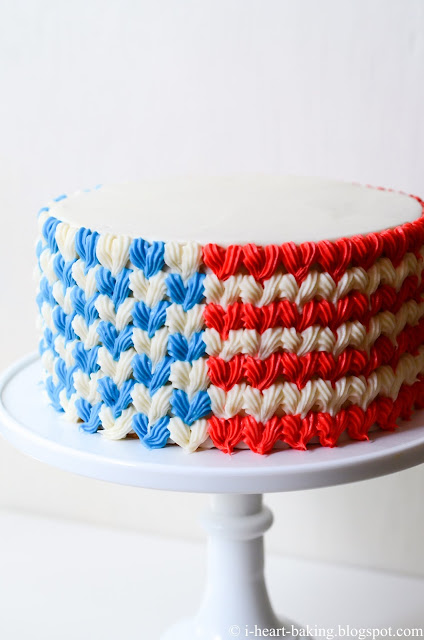 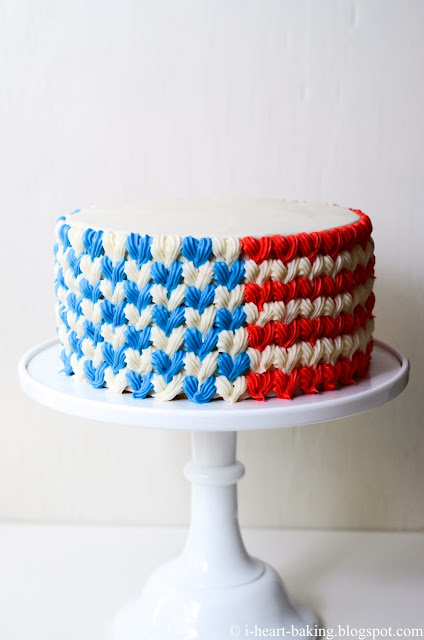 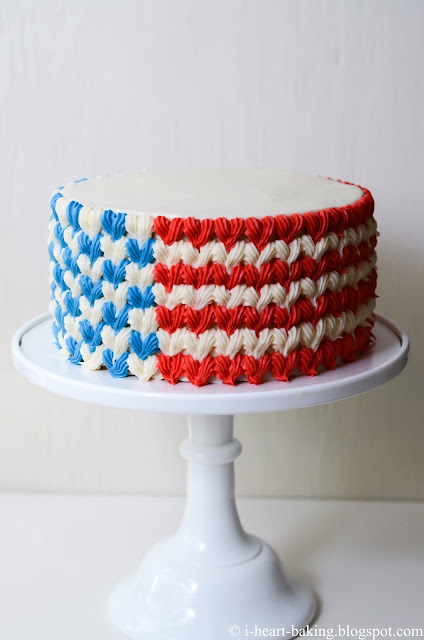 I kind of think the piping looks like a knitted design, don't you think? 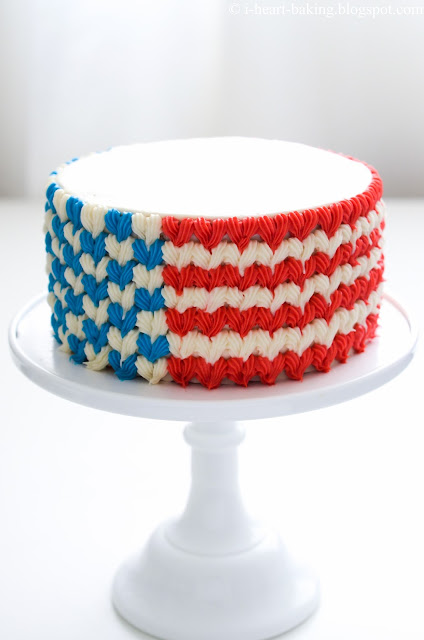 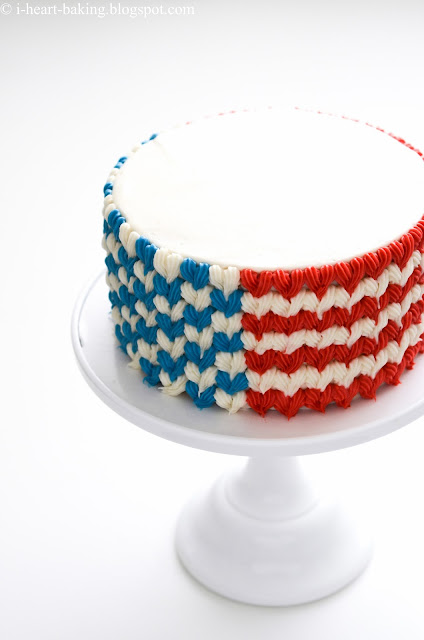 Holly's party ended up being amazing! They had everything decked out in stars and stripes, including the paltes, tablecloths, selfie props, and they even handed out red white and blue beaded necklaces for everyone to wear! So much fun! 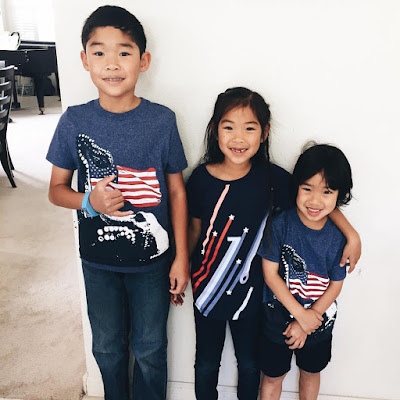 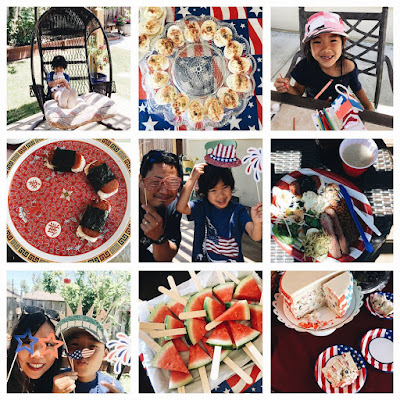 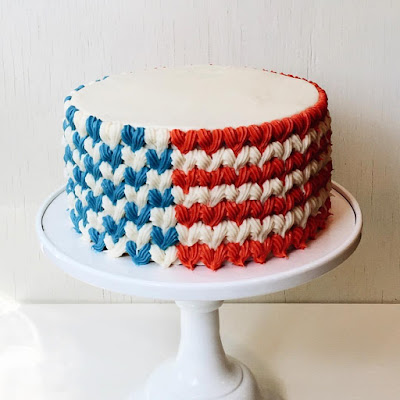 Happy Fourth of July!
Posted by michele at 10:00 PM