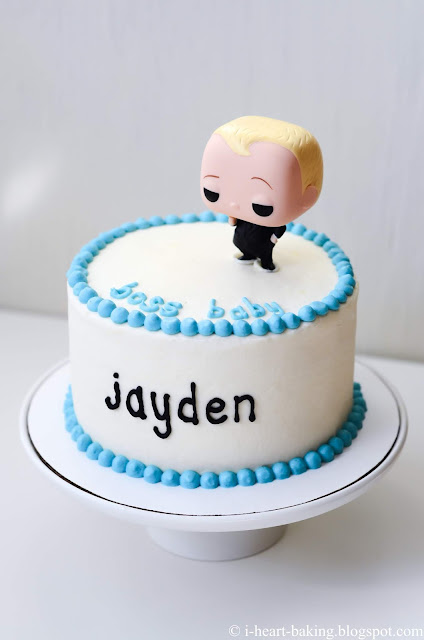 Along with "Inside Out" smash cake that I made for my friend Stephanie, I also made this "Boss Baby" smash cake for her son Jayden! Since her son totally looks like Boss Baby, she wanted to use a Funko Pop Boss Baby doll as the cake topper!

For Jayden's cake, we decided on vanilla cake simply filled with whipped cream, since he was just turning one and she wanted something semi-plain for him. So I baked up two 6-inch vanilla cakes (recipe in my book, The Hello Kitty Baking Book!), allowed them to cool, and then sliced them i half horizontally to give me four cake layers. Then I filled each layer with freshly whipped cream. Since I was making two cakes, I totally forgot to take pictures of the cake stacking process, except for this one picture that I posted on Instagram (of the two cakes). 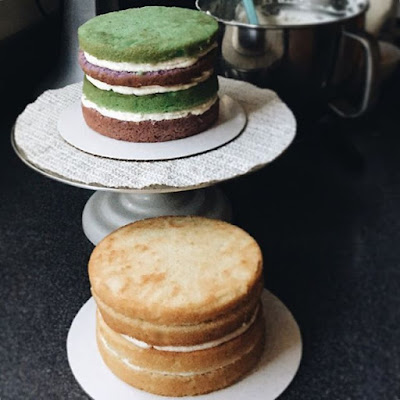 Once the cake was assembled, I covered it with cream cheese buttercream, and then using a medium round tip I piped a blue beaded border along the top and bottom of the cake. 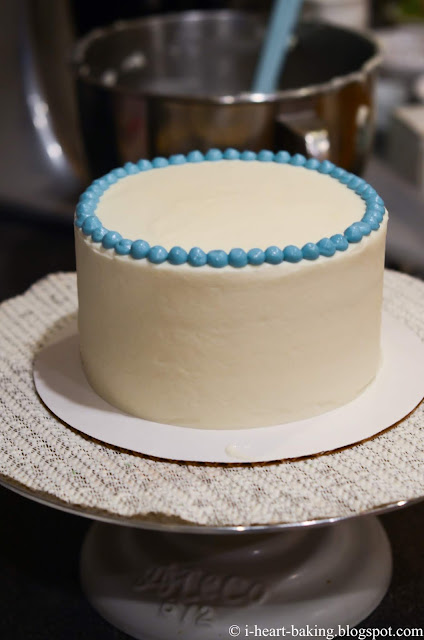 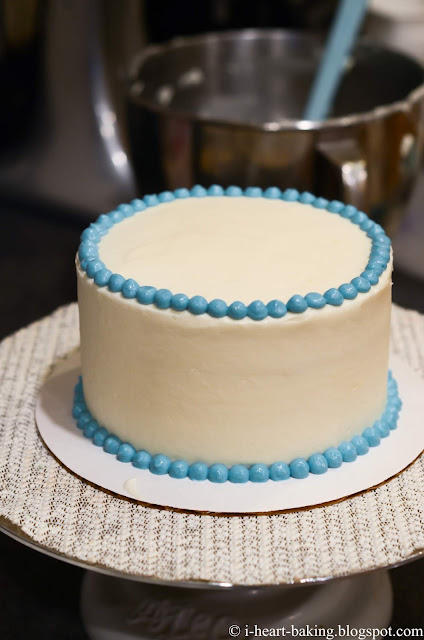 Then I let it chill in the refrigerator overnight. In the morning, I was ready to decorate! I started by piping Jayden's name on the front of the cake, as well as "Boss Baby" on the top of the cake (as requested by Stephanie!) 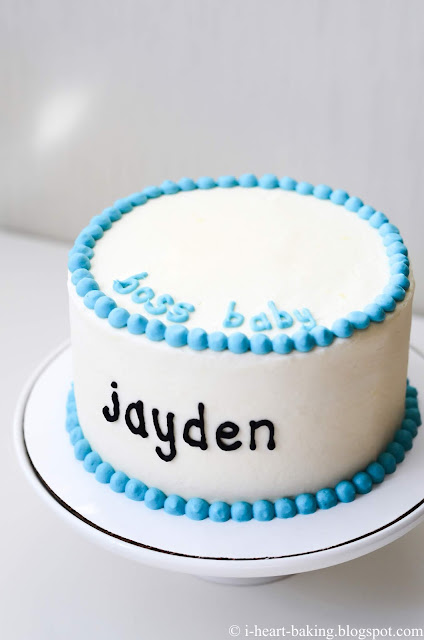 And then I was ready to add the cake topper! 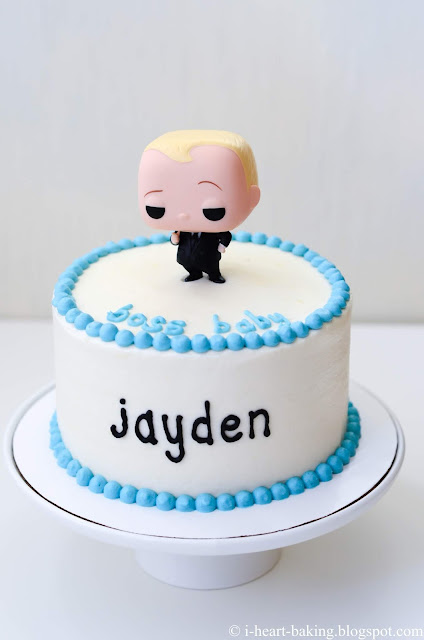 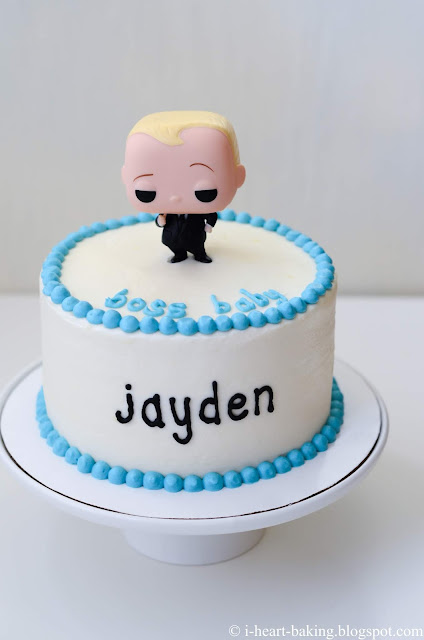 It's ridiculous because it looks exactly like Jayden! (See the second to the last picture!) 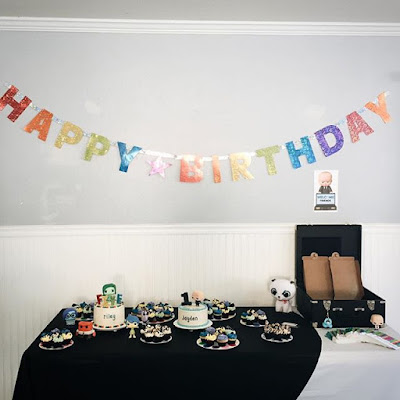 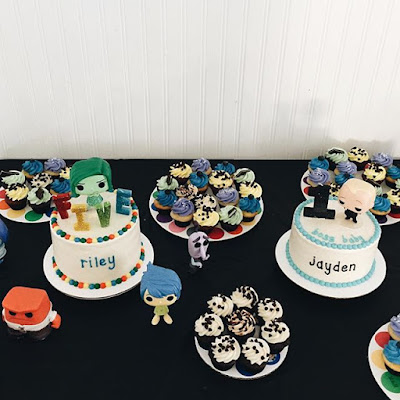 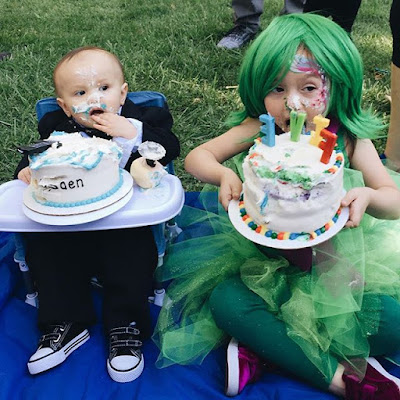 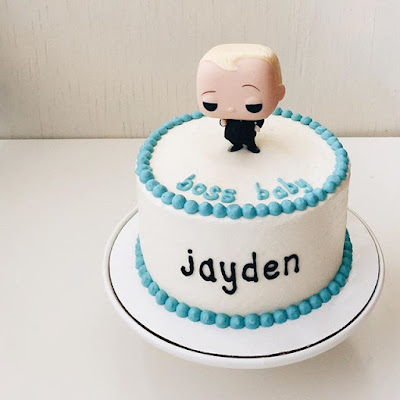 Happy Birthday, Jayden! Hope you enjoyed your cake!
Posted by michele at 10:00 PM