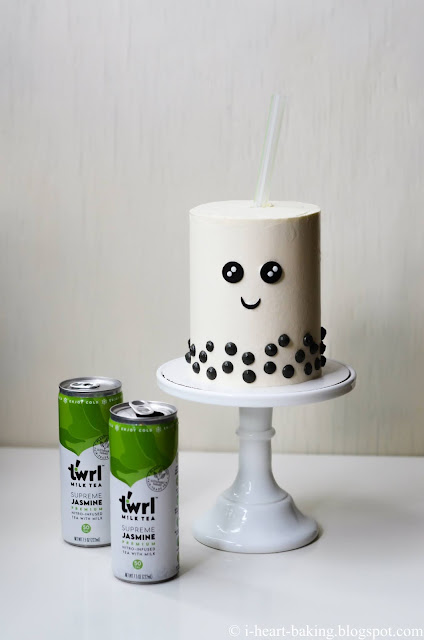 Wow, has it really been a year and a half since my last post? I could blame it on the global pandemic I guess, but really even despite that craziness, life has just gotten so busy! Anyway, it's time for me to get back to posting, I have so much content! And I'm so excited to share my latest project and collaboration with Twrl milk tea!

Twrl is 100% women-founded and a minority-owned beverage company right here in the bay area. Their milk teas are ready-to-drink, plant-based, made with organic fair-trade tea, dairy and allergen free. So if you're looking for milk tea on the go and something plant based, check them out!

I found out about Twrl through my old high school friend Olivia. (Actually, we go way back to elementary school! But we lost touch after high school and only recently reconnected.) She was curating a limited edition box of goodies to celebrate the upcoming Chinese Moon Festival, and proceeds would benefit the nonprofit organization Project EMplify and would feature AAPI-founded brands. I offered to contribute royal icing cookies decorated to look like mooncakes (will post on that later but you can see what they looked like here). After our collaboration, we decided that I could do another collaboration and actually bake something with Twrl milk tea. And thus, this cake was born! 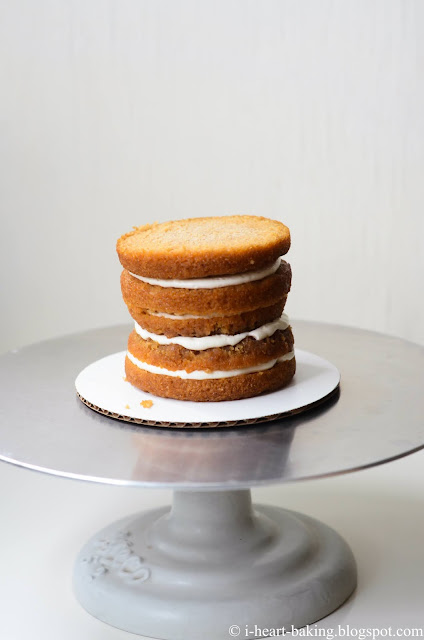 For the cake, we decided it had to be vegan, since Twrl milk tea itself is plant-based. So I decided to do a take on my go-to vanilla cake (recipe in my book, The Hello Kitty Baking Book), make it vegan, and incorporate Twrl milk tea as the liquid! Twrl currently comes in three flavors - Original Black Tea, Supreme Jasmine, and Hojicha roasted green tea. I chose to use the Jasmine flavor because I loved the floral notes, and thought it would really stand out and be delicious in a cake like this.
So I baked my vegan milk tea cakes in four 4-inch round cake pans, and once they were cool I sliced each cake in half horizontally to give me 8 cake layers. Next up, the filling. 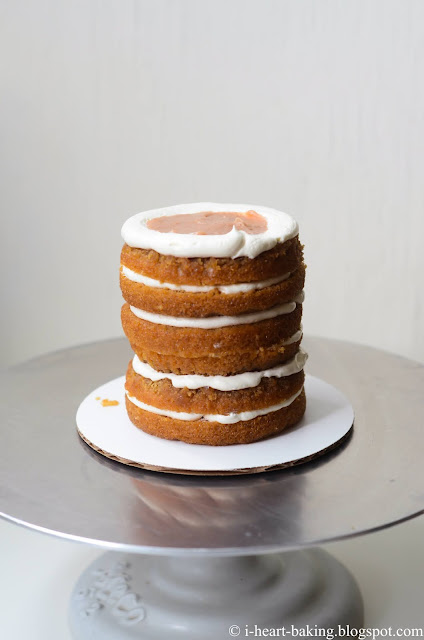 I usually like to fill my cakes with homemade whipped cream, but since this filling had to be vegan, I decided to do a vegan pastry cream instead, using an entire can of the Jasmine milk tea. Since I didn't want the pastry cream to spill over the sides of the cake (I learned that the hard way here), I knew I would need to pipe a ring of buttercream to contain the pastry cream.
Lately I have loved the taste and texture of Swiss meringue buttercream (recipe also in my book), and since Swiss mergingue buttercream is made with egg whites, I made it vegan by using aquafaba instead (the liquid that comes in a can of chickpeas/garbanzo beans). I had recently been experimenting with aquafaba because my toddler niece is allergic to egg whites, so my previous aquafaba trials came in handy here! And instead of butter, I turned to vegan butter (there are lots of brands out there but I used Earth Balance organic whipped buttery spread). 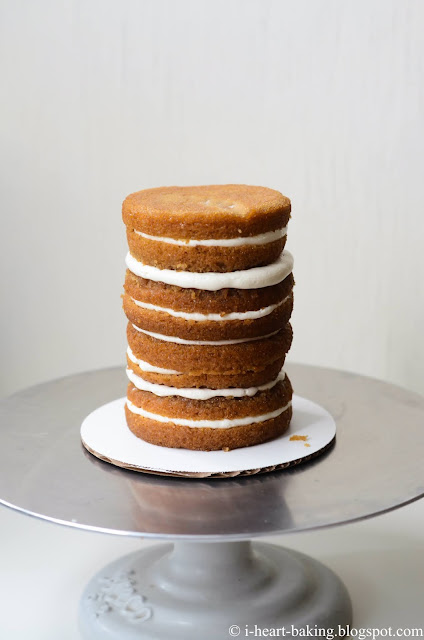 After all the cake layers were stacked and filled, I covered the top and sides with my vegan buttercream, chilled it in the fridge for 30 minutes, and then did a second coat of buttercream. Next, I made eyes and a smile out of fondant, and attached them to my cake with a bit of the buttercream. Then I colored a few scoops of the buttercream using black and brown gel-based food coloring, as well as a few tablespoons of sifted dark cocoa powder to reduce the amount of food coloring used. Using a medium round tip, I piped little "boba tapioca balls" along the bottom of my cake. And finally, I topped the cake with a large boba straw placed at an angle. 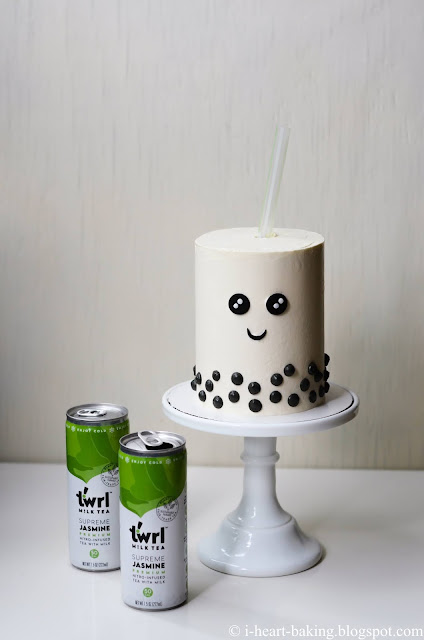 You can find the recipe on the Twrl website! Also, if you are interested in trying their milk teas. Use the discount code IHEART on their site. Valid 10/20/21-10/27/21. Enjoy!