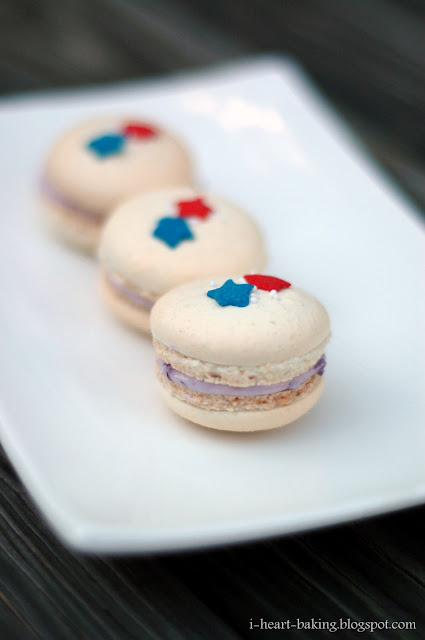 For fourth of July we had made plans to hang out with our friends Diana and Gav and their daughter Naomi, and I (of course) wanted to make something for us to snack on.  Last year I made these red white and blue cupcakes, and this year I ended up making red white and blue macarons! 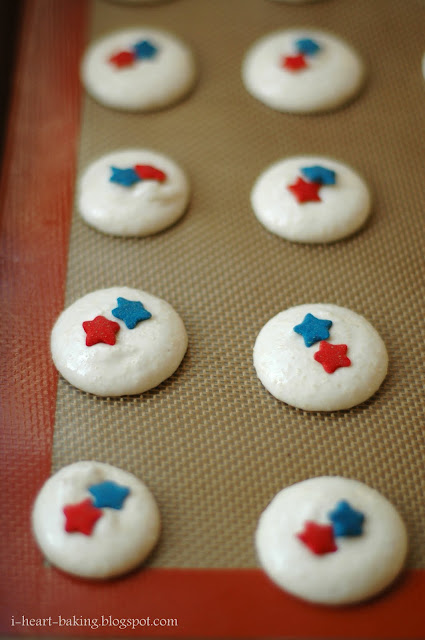 I decorated the macaron shells with red and blue star confetti sprinkles and white non-pareils before baking, and couldn't wait to see how they looked when they came out of the oven. 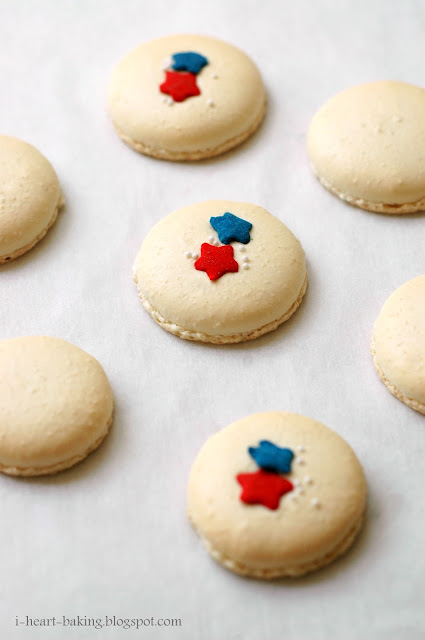 To my horror, half of them had horribly cracked, while half of them were fine.  I'm not quite sure what happened.  Maybe it was the addition of the sprinkles on the top?  I've also read that you need to hit your baking tray hard against the counter before baking, to get out all of the air bubbles.  I'll have to remember to do that next time. 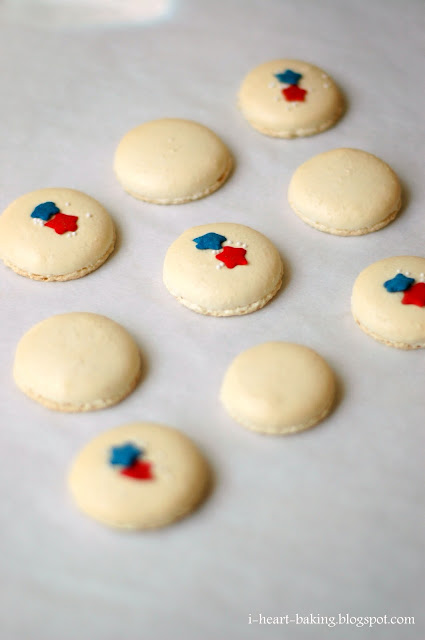 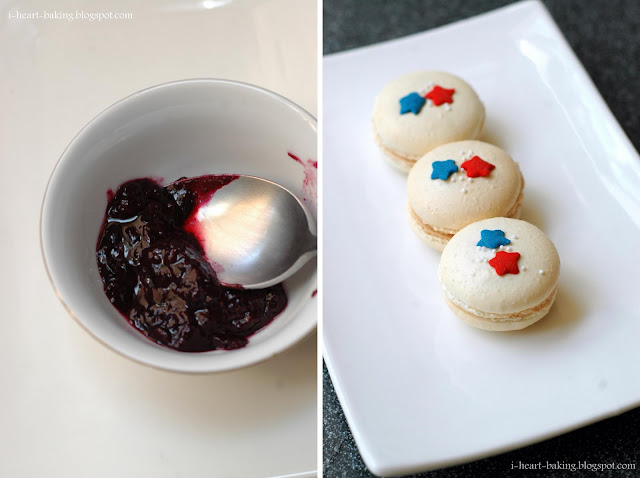 I chopped up my blueberries and then cooked them on the stove for a bit to soften them and reduce the amount of liquid I would be adding to the filling.  This gave me a jam-like consistency, which I cooled and then whipped with cream cheese, vanilla, salt, and confectioner's sugar. 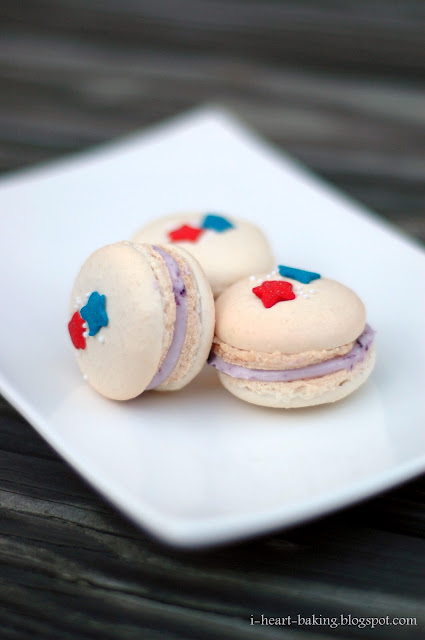 Despite the cracked ones, the rest of the macarons turned out great!  I couldn't really taste the blueberry flavor though, so next time I'll have to add more.  Also, while I thought the star sprinkles were really cute, they ended up being rather hard when biting into the macaron.  So the next time I add sprinkles to my macarons, I'll attach them with the filling after their baked, like I did with my Hello Kitty Macarons, since I don't remember thinking the sprinkles being so hard (perhaps the filling softens them a bit?) 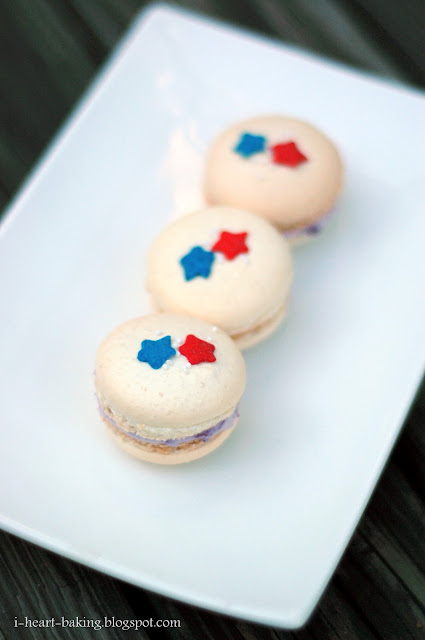 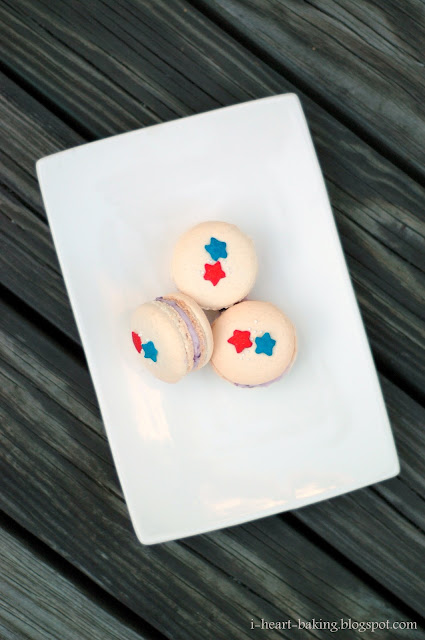