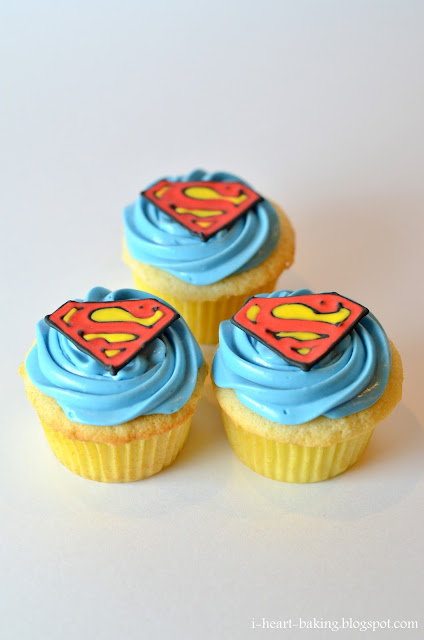 My son Matthew had three different celebrations for his fourth birthday!  Lucky boy!  First, we went out for jamba juice (his favorite) and a pizza dinner the evening of his actual birthday.  Then that weekend, we had a big party for him with Superman cake and Superman cookie favors.  And in between those two celebrations, we also had a party at his preschool with all of his classmates! 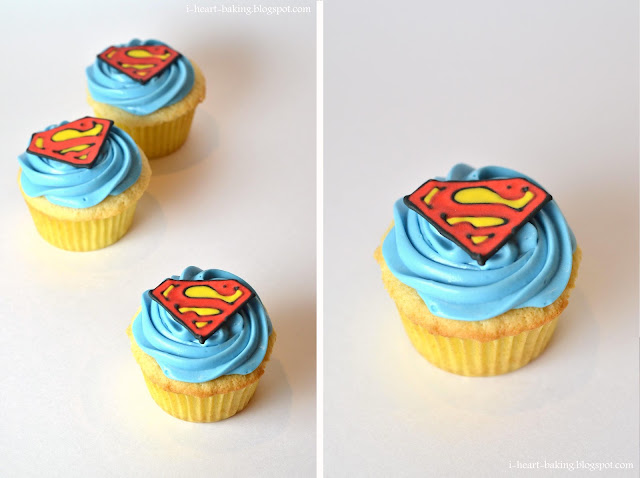 For his class party, I made vanilla cupcakes (using the same recipe as his Superman cake), and topped it with a swirl blue cream cheese frosting.  I also initially wanted to fill the cupcakes with strawberry whipped cream, but I ran out of time and dropped that idea when it was about 1am and I wasn't done making the cupcakes yet! 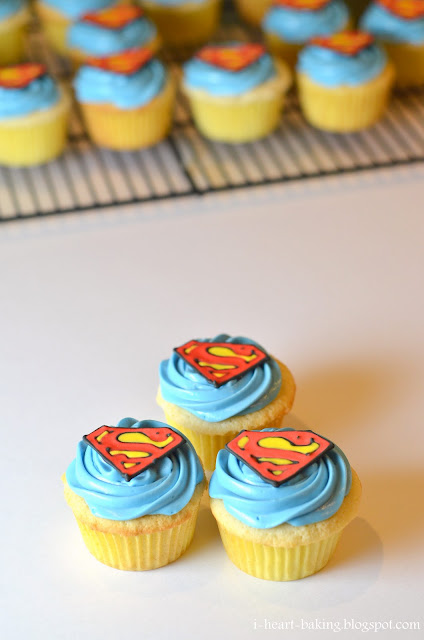 The final touch was a Superman logo that I had piped with royal icing ahead of time.  It was exactly like piping royal icing on a cookie, except that I piped it on waxed paper instead!  And then I just peeled them off (carefully) and placed them on top of the cupcakes. 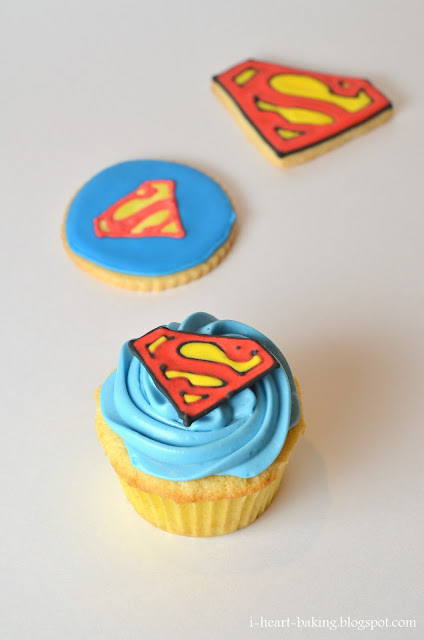 While I watched the kids eat their cupcakes, I realized that they all had almost the same strategy - first, carefully remove the Superman logo and devour it.  Then lick all of the frosting off of the cupcake.  Finally, eat the cupcake (although most of them just licked off all the frosting and the went off to play!)  But I was proud of my Matthew, he ate his entire cupcake!  (Which meant that he liked it, since he normally doesn't like cake). 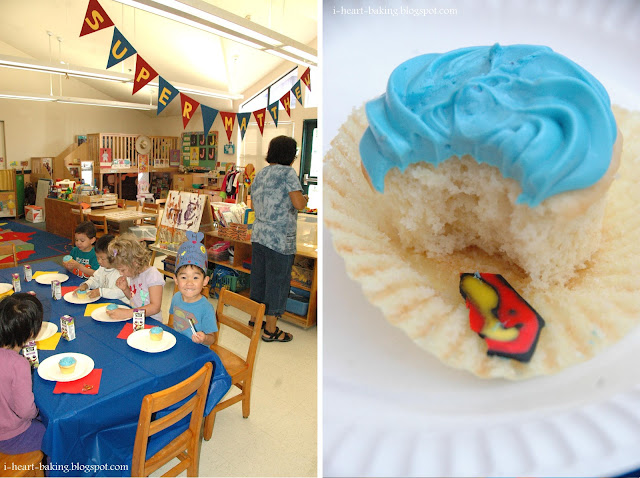 I also made a SUPER MATTHEW banner to decorate the classroom with, and my husband made a Superman pinata (well, he actually patched one up an old one).  But more on that in my next post. :)

Hope you had a wonderful birthday, Matthew!
Posted by michele at 6:23 PM