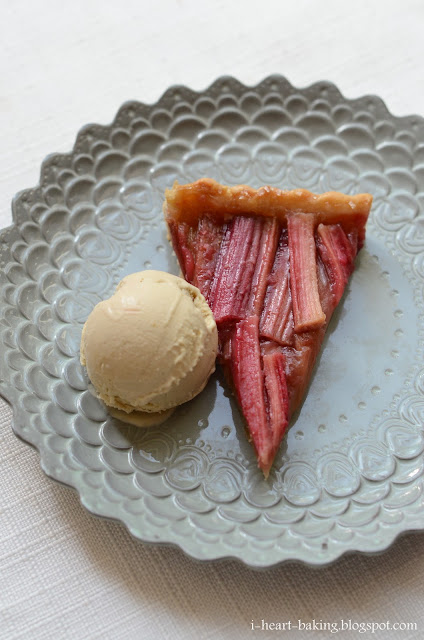 Last month, I went to the dentist three times.  There was a checkup visit, a second visit to replace two cracked fillings (during which I endured 3 painful shots to numb me which did not work), which led to a third visit to actually replace the fillings (this time I got numb after 4 painful shots, yay!).  As you can see from my Instagram picture, I wore my favorite Hello Kitty shoes to cheer myself up ... I was really nervous! 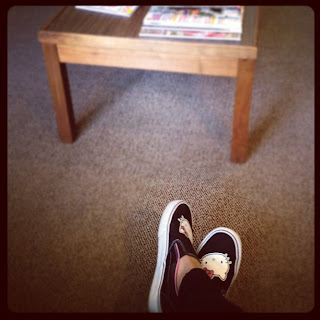 The day after my fillings were finally replaced, I announced out loud that I was going to make a rhubarb tart, to which my husband promptly reminded me, "Think of all the trips to the dentist you just had!"  But, fueled by my recent revisit to baking with rhubarb, I insisted that I must do it while rhubarb was still in season!  Although, I compromised with him - based on my husband's theory that honey doesn't give you cavities (question for you dentists out there - is this true?), I decided to try making this rhubarb tart with honey instead of sugar. 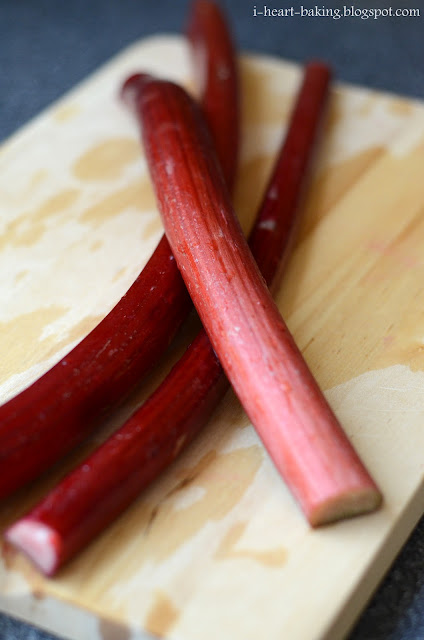 Usually I make my rhubarb tarts in this round tart pan with removeable bottom, but this time I chose to use my new rectangular tart pan (similar to this one).  So I made my favorite all-butter pie crust, and carefully rolled and lined my tart pan with the dough. 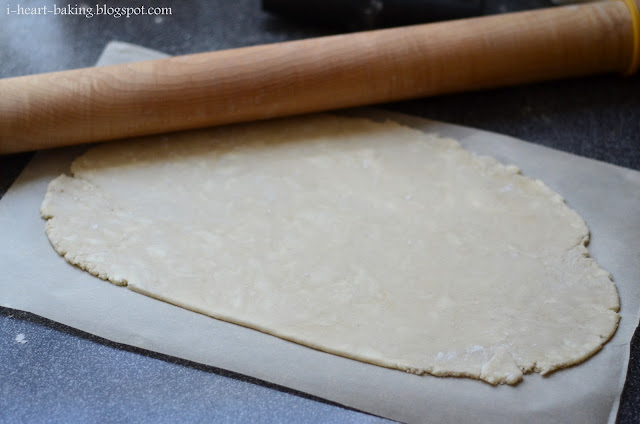 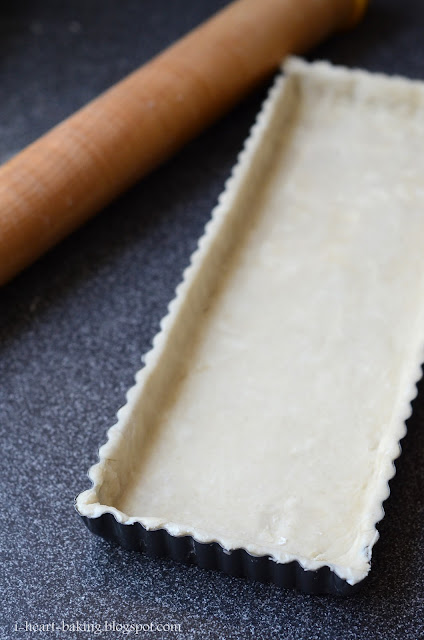 Then I sliced my rhubarb and mixed it with honey (about a half cup), a pinch of salt, and a couple of tablespoons of flour. 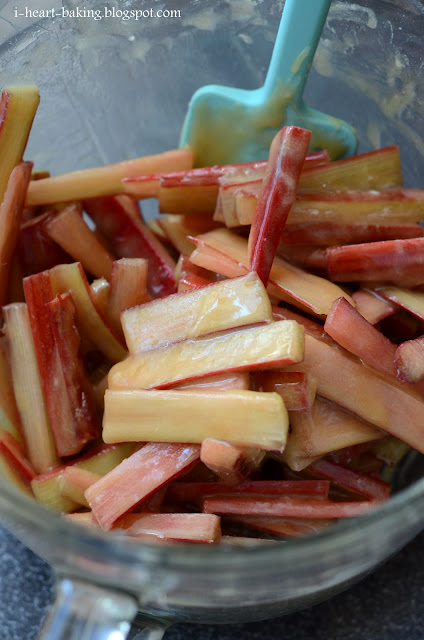 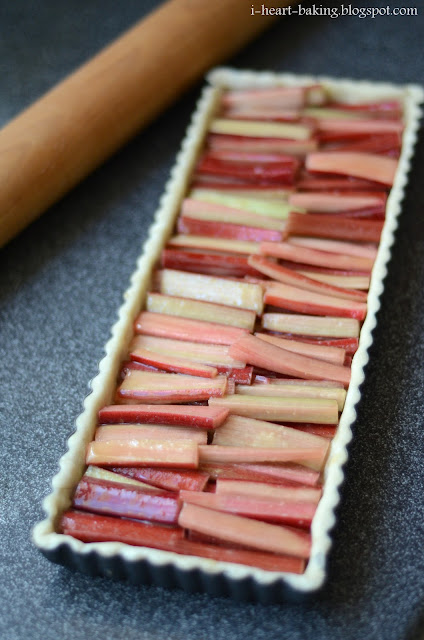 Then I brushed the exposed pie crust with egg wash, and sprinkled on a bit of sanding sugar before popping it in the oven. 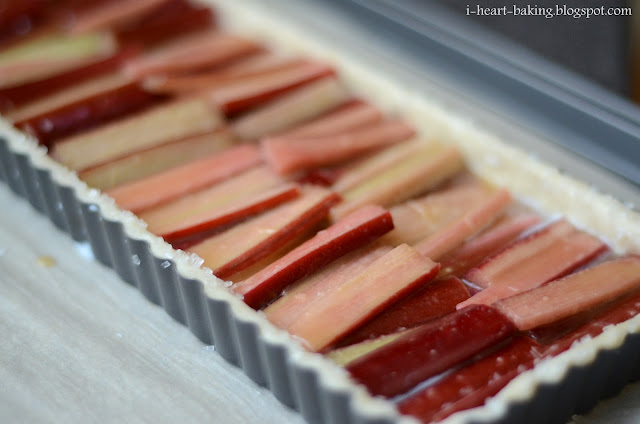 After about 50 minutes in the oven, it was done!  By this time the whole house smelled delicious. 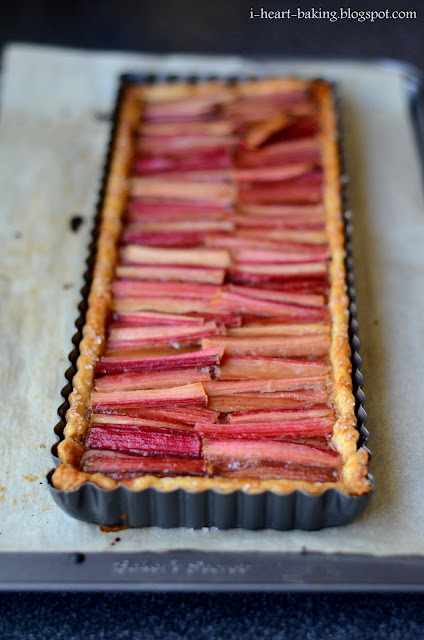 When I first sliced it, I didn't love the way the rectangular piece looked.  I was starting to think I should have made it in the round tart pan after all. 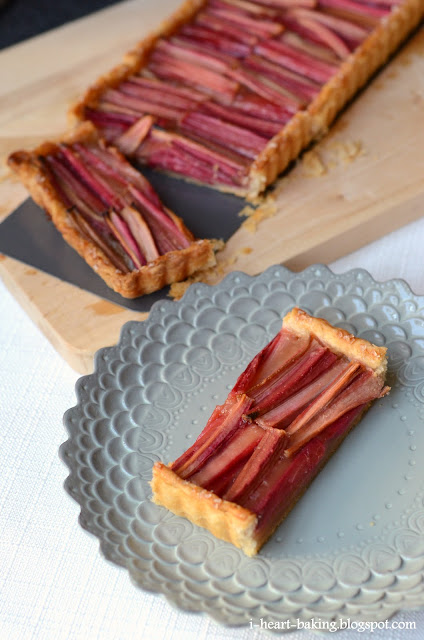 But then I realized that I could still slice it into triangular pieces.  In love with rectangular tart pan once more. 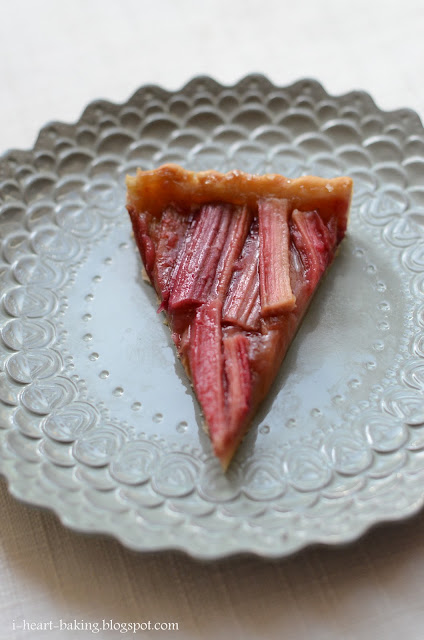 It's even better with a scoop of ice cream.  For breakfast. 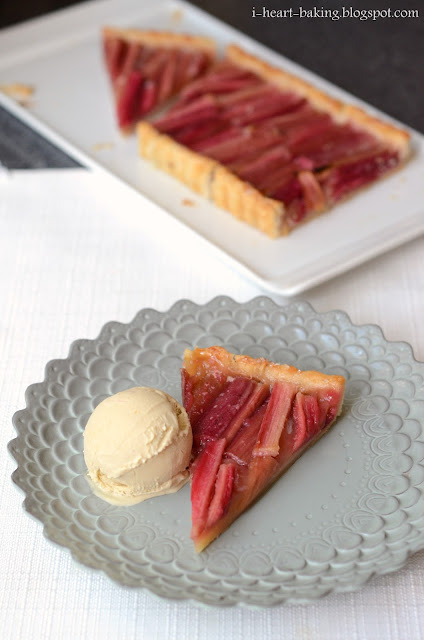 With a cup of coffee to top it all off.  The end. 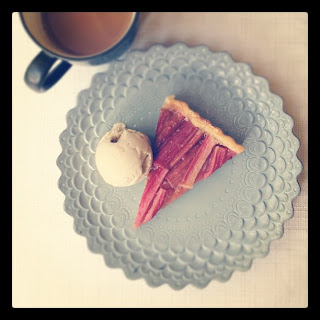