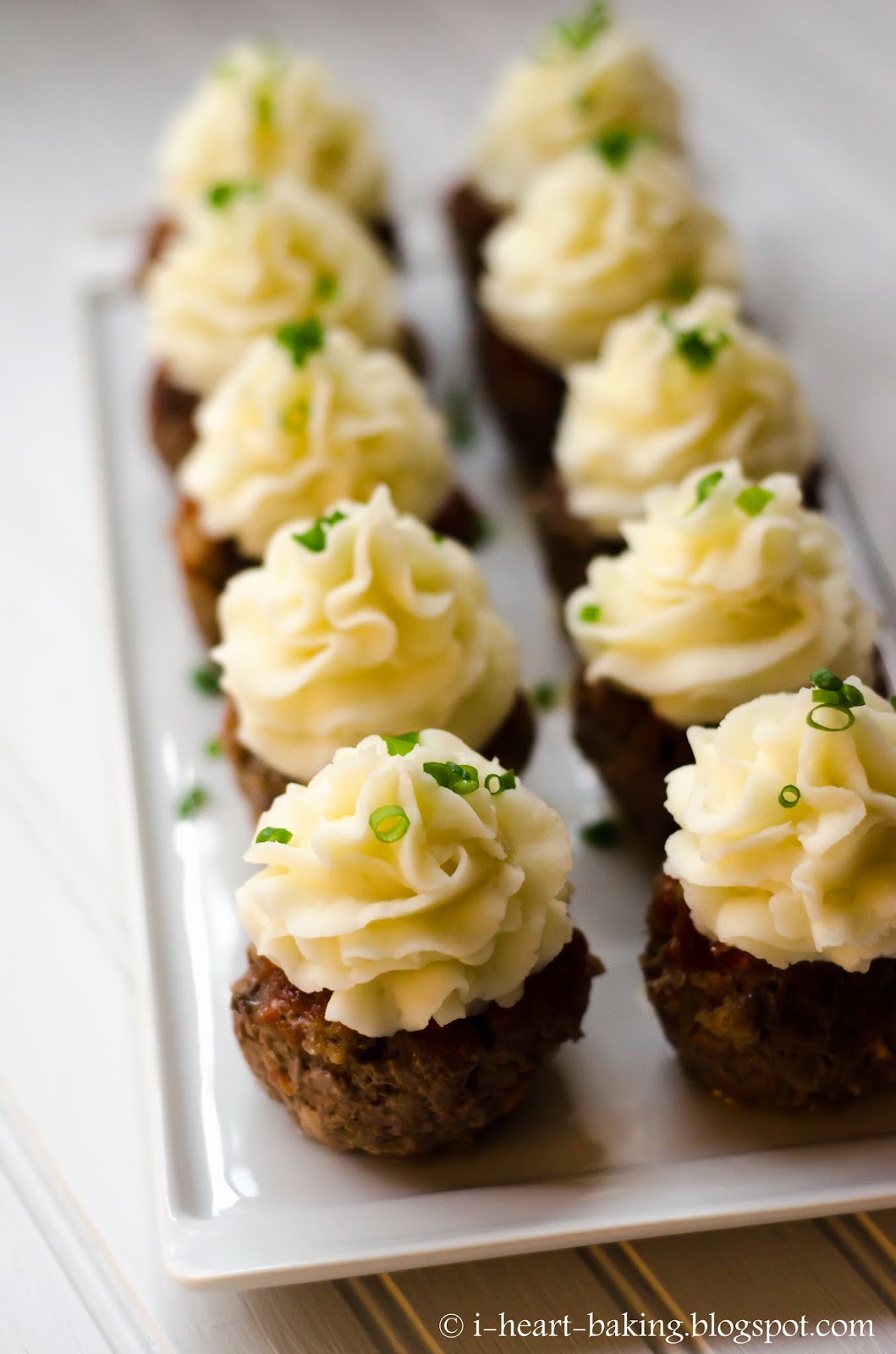 In all the excitement of posting the funfetti cake, ice cream, and cupcakes that I made for Micah's first birthday celebration this past February, I almost forgot to post what I made for dinner! We wanted to make a simple dinner to celebrate with family - I decided to make my favorite macaroni and cheese (from America's Test Kitchen) since the kids love it, along with meatloaf and tossed salad. 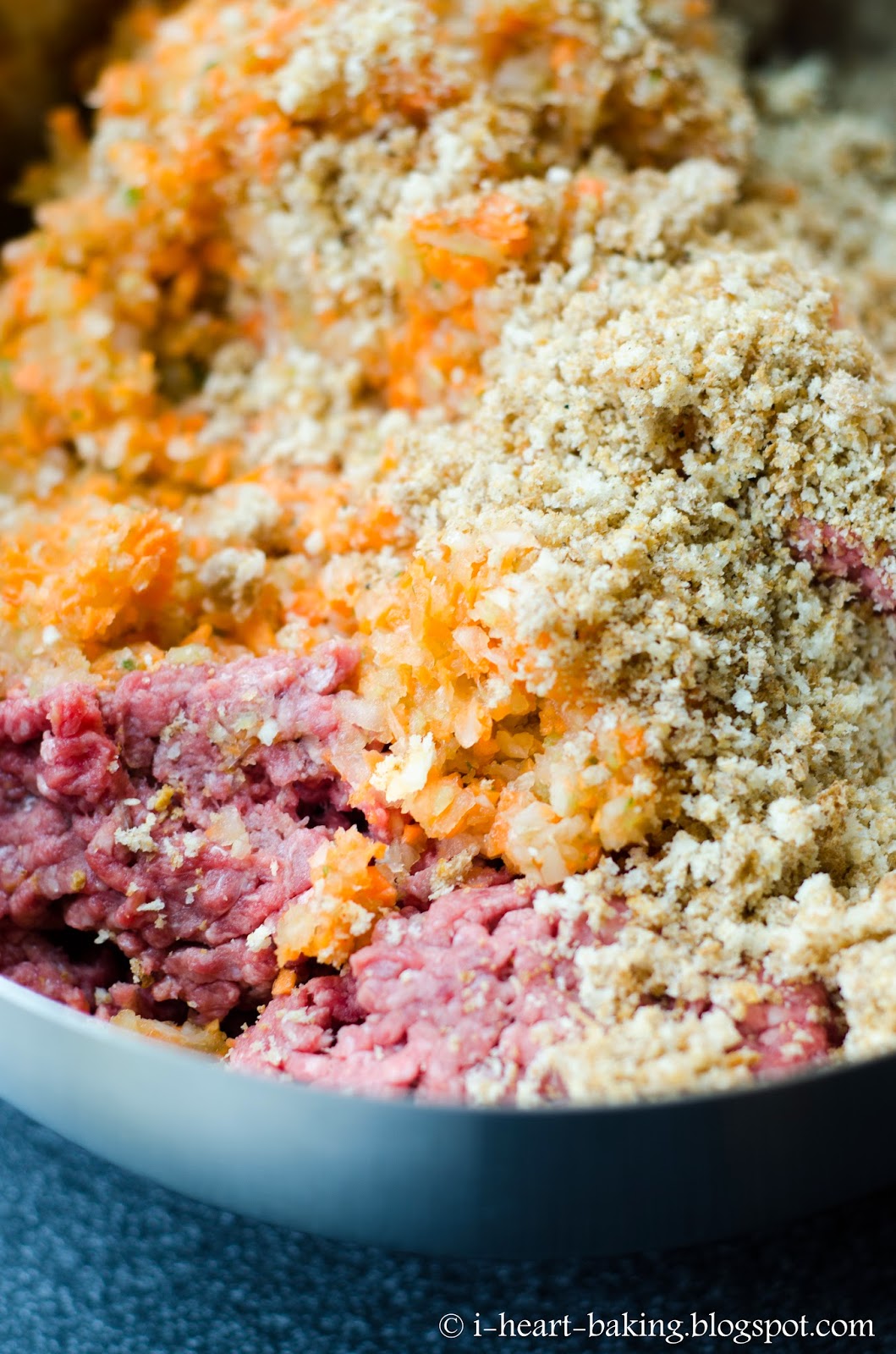 As I was preparing the components for the meatloaf, I suddenly remembered a show on Food Network I had seen a long time ago, where they featured a restaurant in Chicago that made meatloaf cupcakes topped with mashed potatoes as frosting. (I specifically remember it was in Chicago because I had immediately texted my cousin in Chicago to ask if she knew of the place!) And so I decided to turn my meatloaf into cupcakes as well! 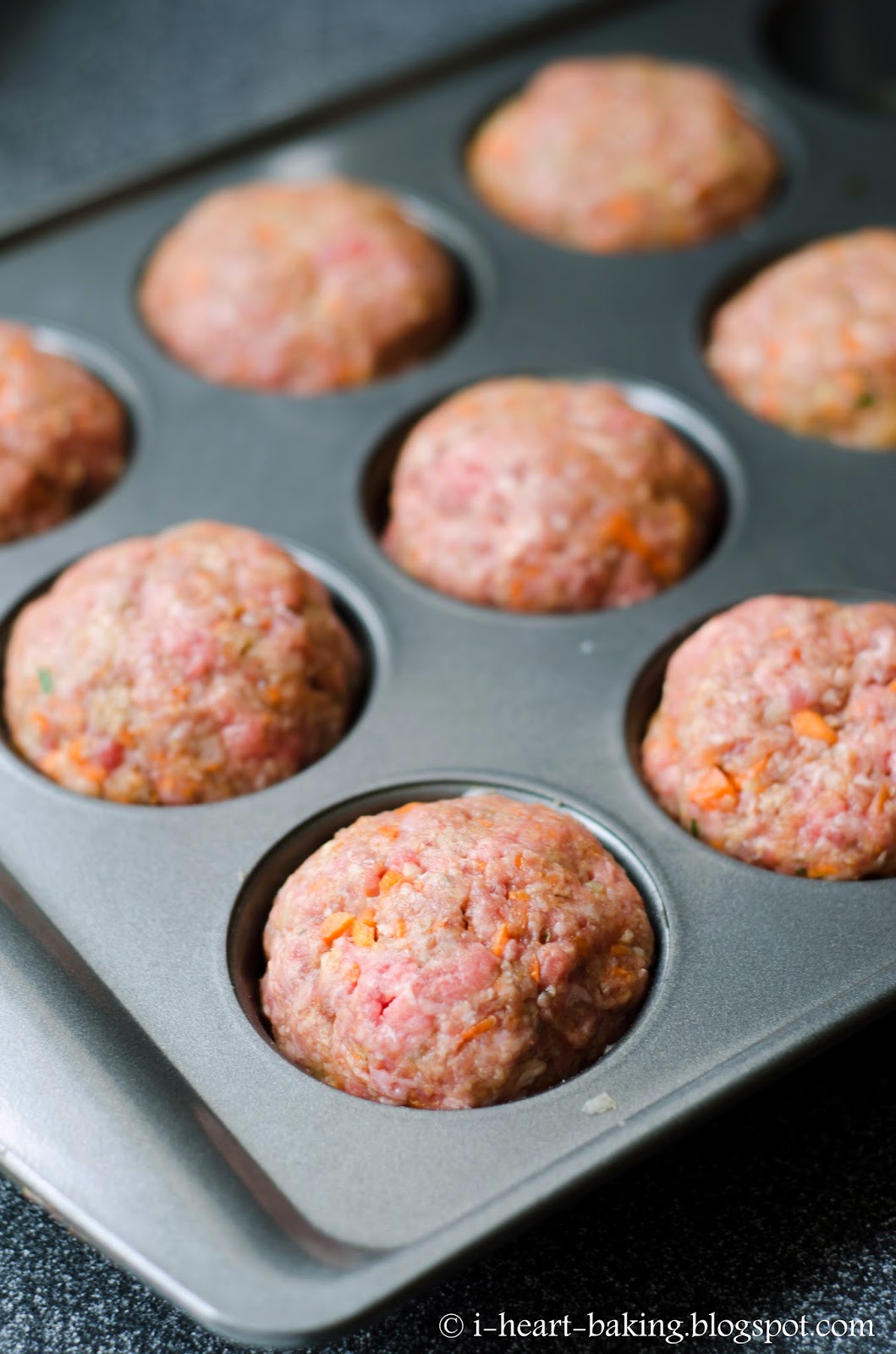 After forming my meatloaf into giant meatballs, I patted them into a cupcake tin, and then brushed on a mixture of brown sugar, ketchup and ground mustard. 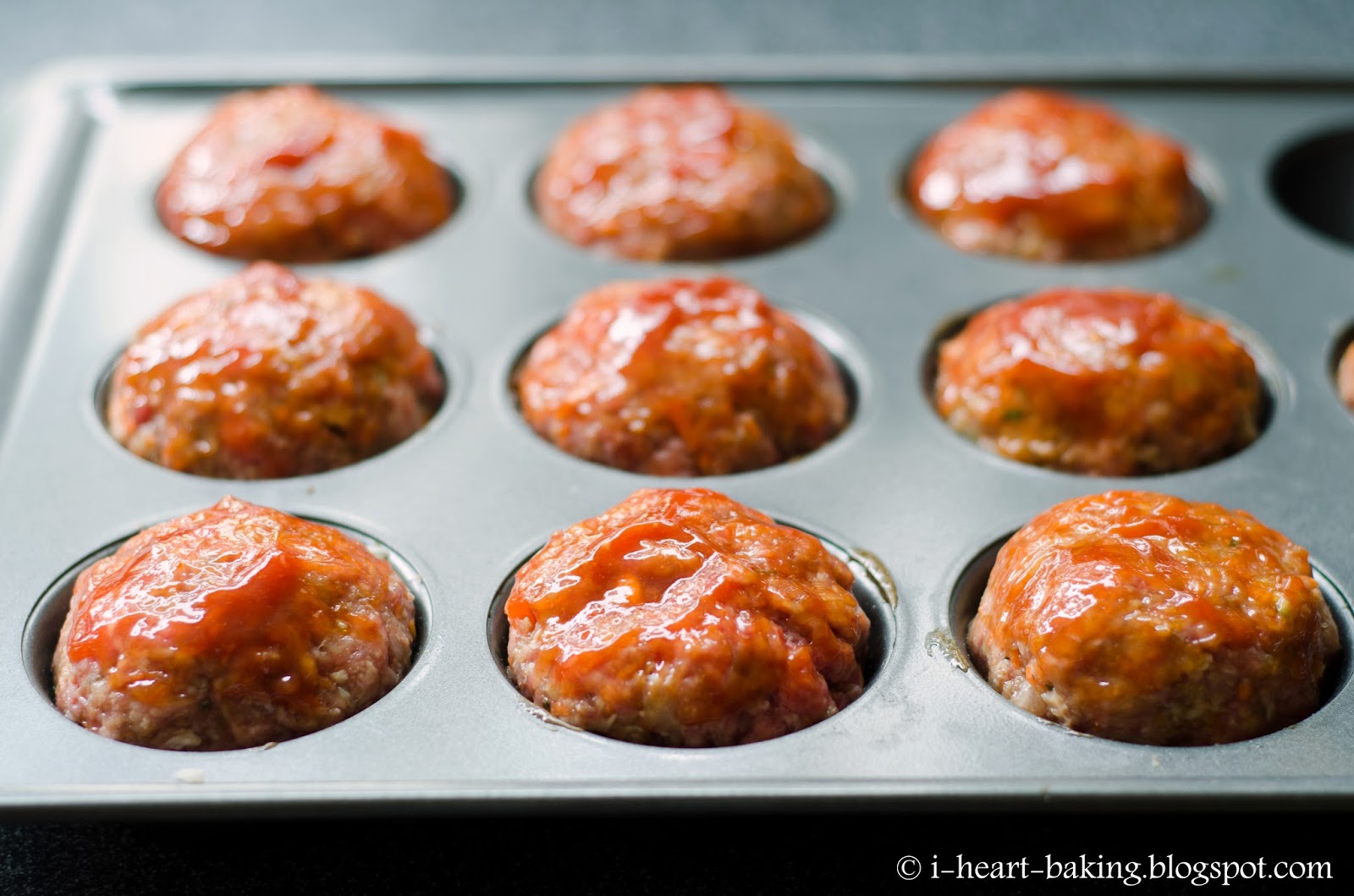 I baked them at 350F for about 25 minutes, until the meat was cooked through and the glaze had become dark and sticky. 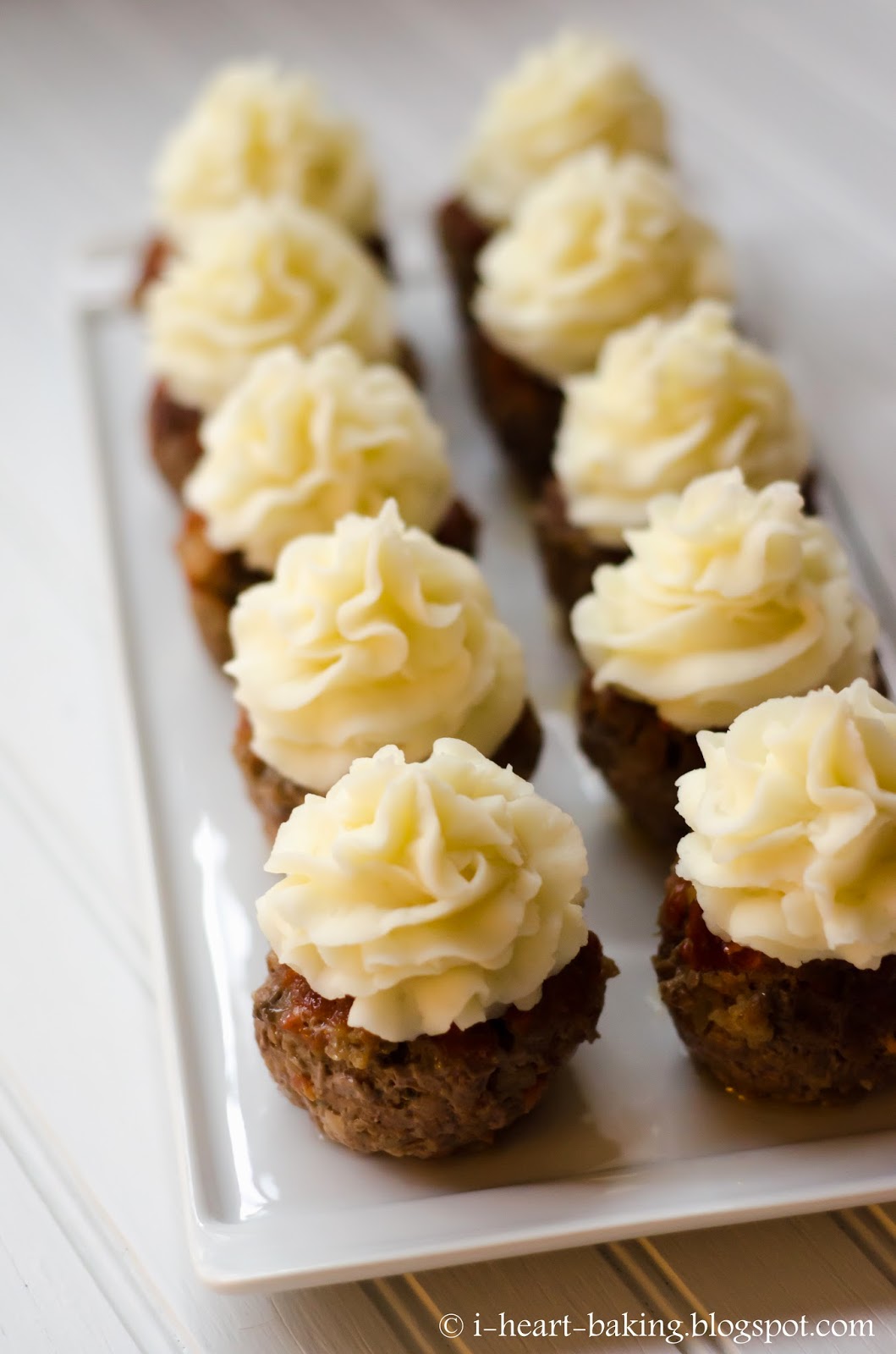 My husband whipped up a quick batch of mashed potatoes, deliciously flavored with butter, heavy cream, and salt. Then I filled a piping bag fitted with a large star tip, and got to work piping my mashed potato "frosting"! 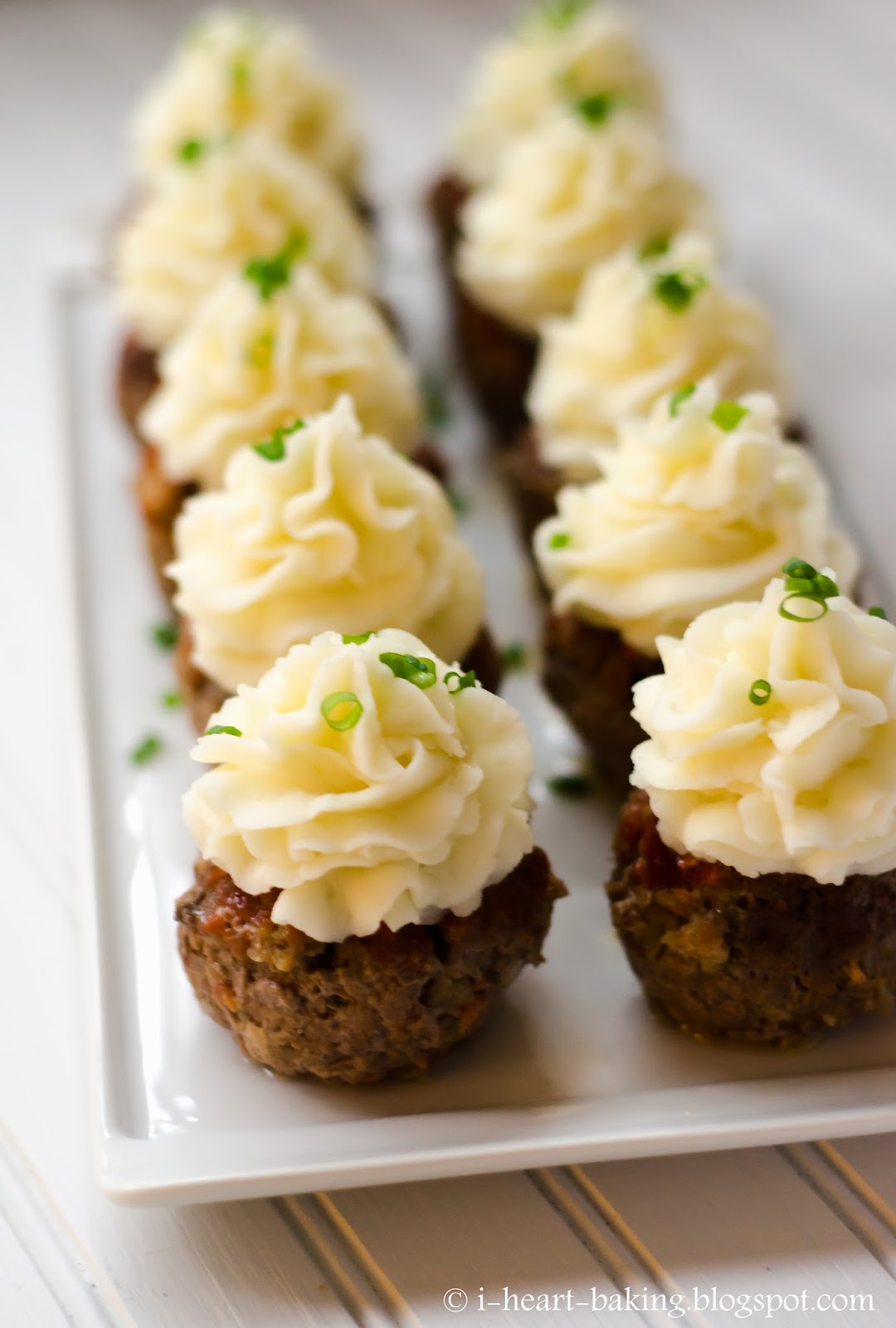 The final touch was a sprinking of chopped green onions. Aren't they cute?!
Posted by michele at 10:05 PM