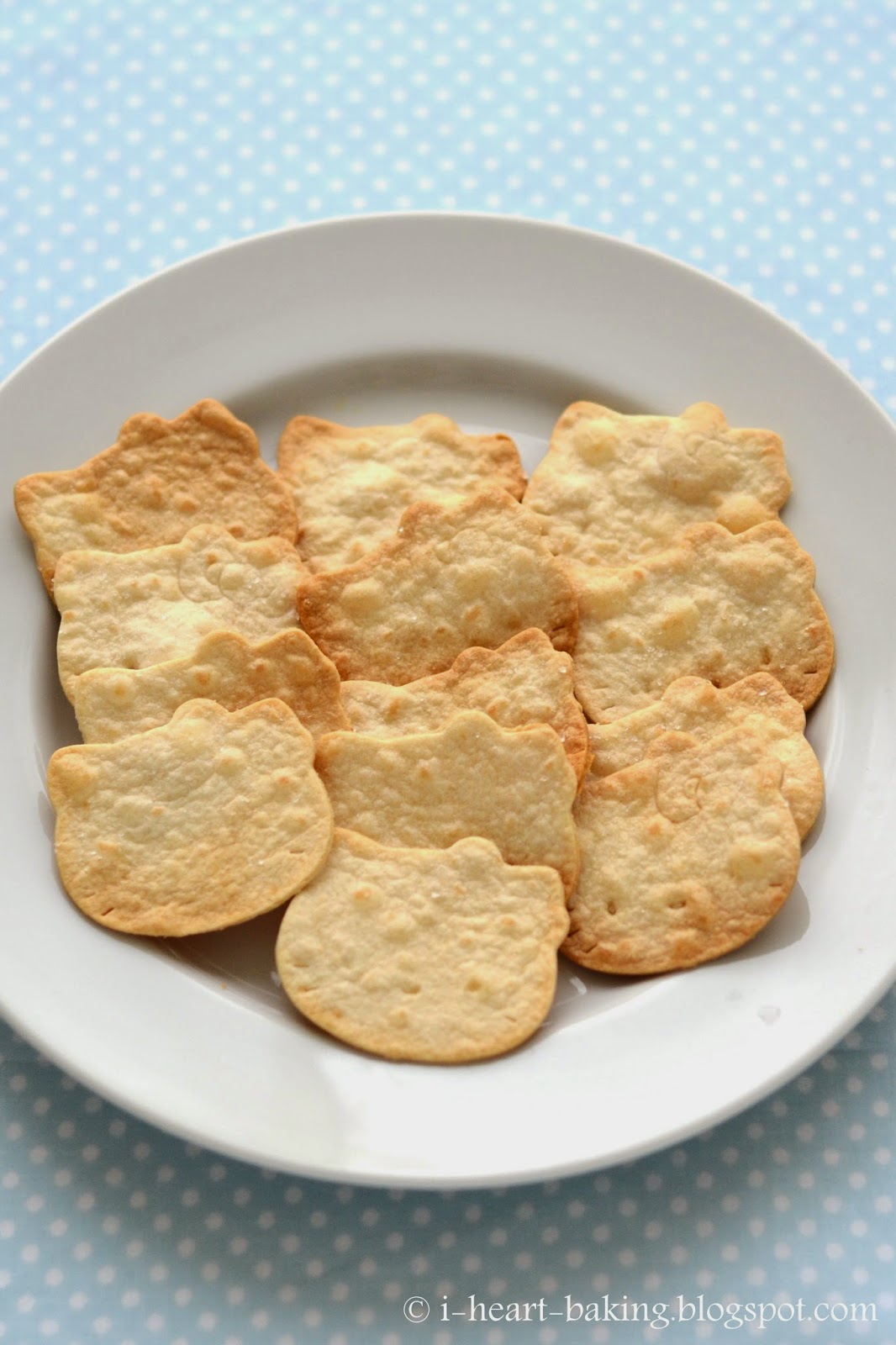 I must confess that at first, the only reason I made these was to use up a giant bag of tortillas that I had in the fridge. It was Superbowl weekend (Superbowl 2014, that is. Yes, that's how long it's taken me to post this), and so I thought I would make my tortillas into yummy cinnamon-sugar crisps for us to snack on. So I found this recipe from Martha Stewart and kind of adapted it. They came out really good! And they were super easy to make! 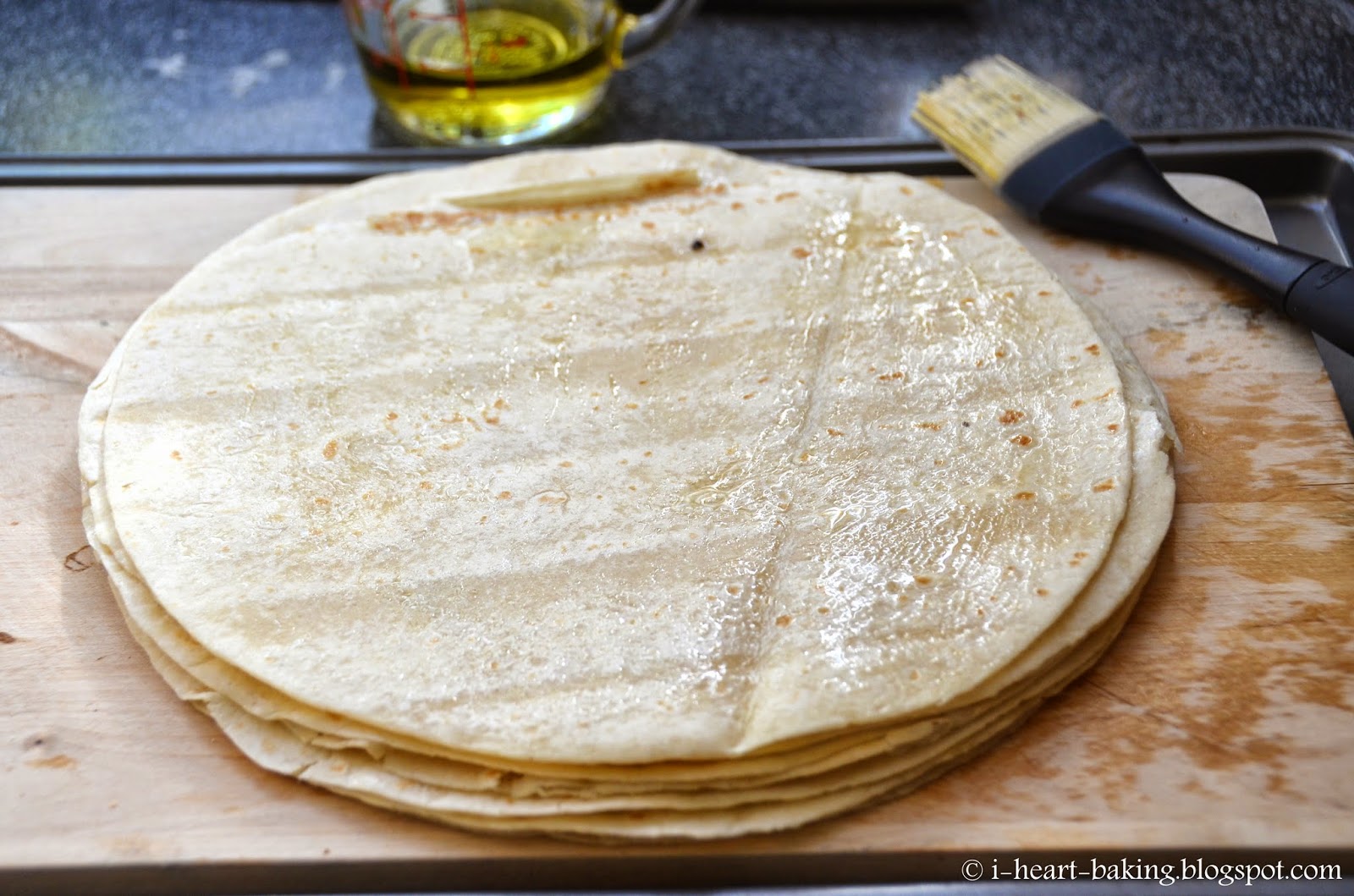 I started by brushing olive oil (instead of butter) on both sides of my tortillas, and placing them all in a single stack. Then I cut them into wedges, arranged them on my baking sheet, and sprinkled them with cinnamon and sugar. 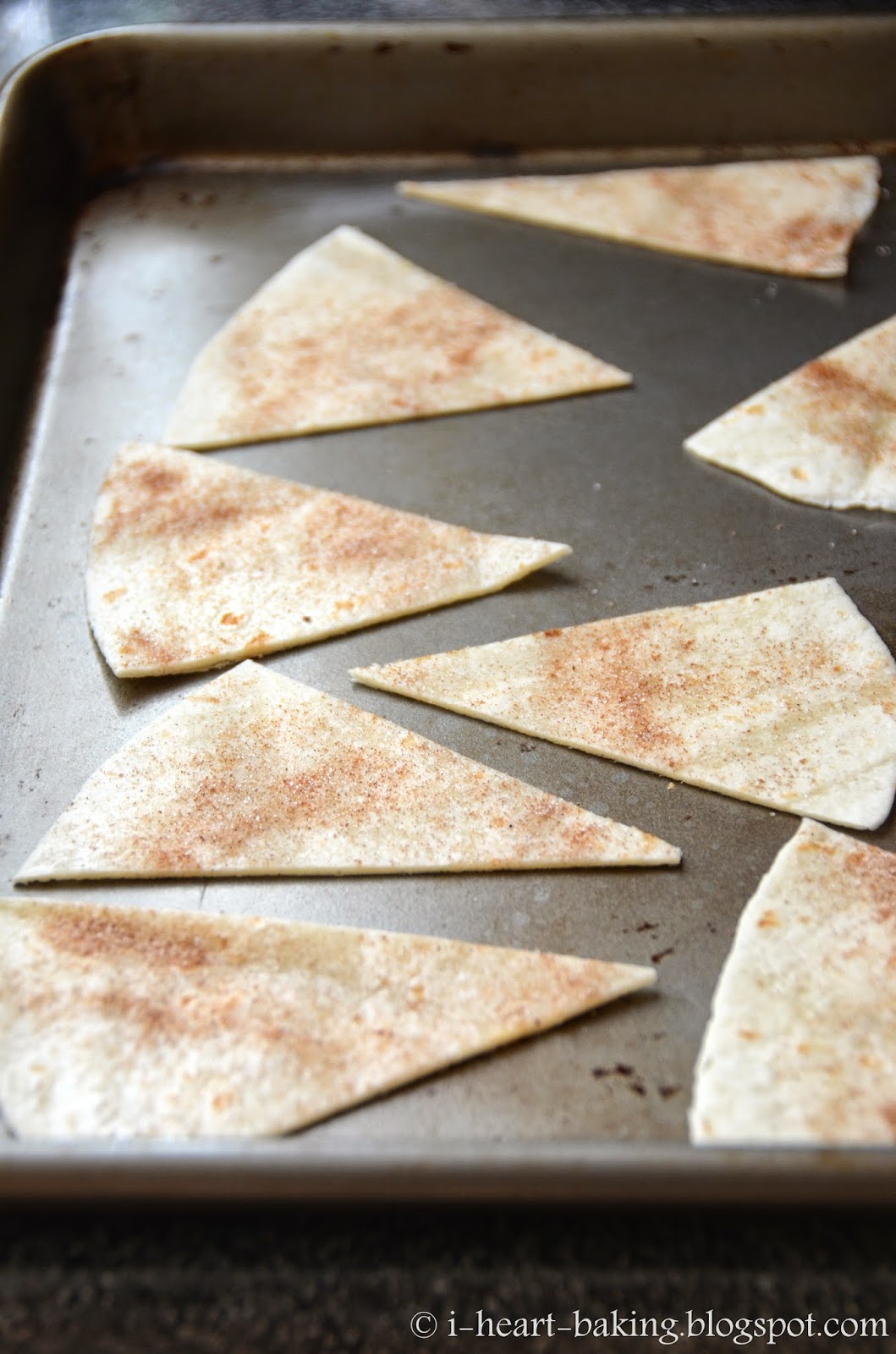 Then I baked them at 375F for about 10 minutes, and they came out crispy and delicious. So simple! 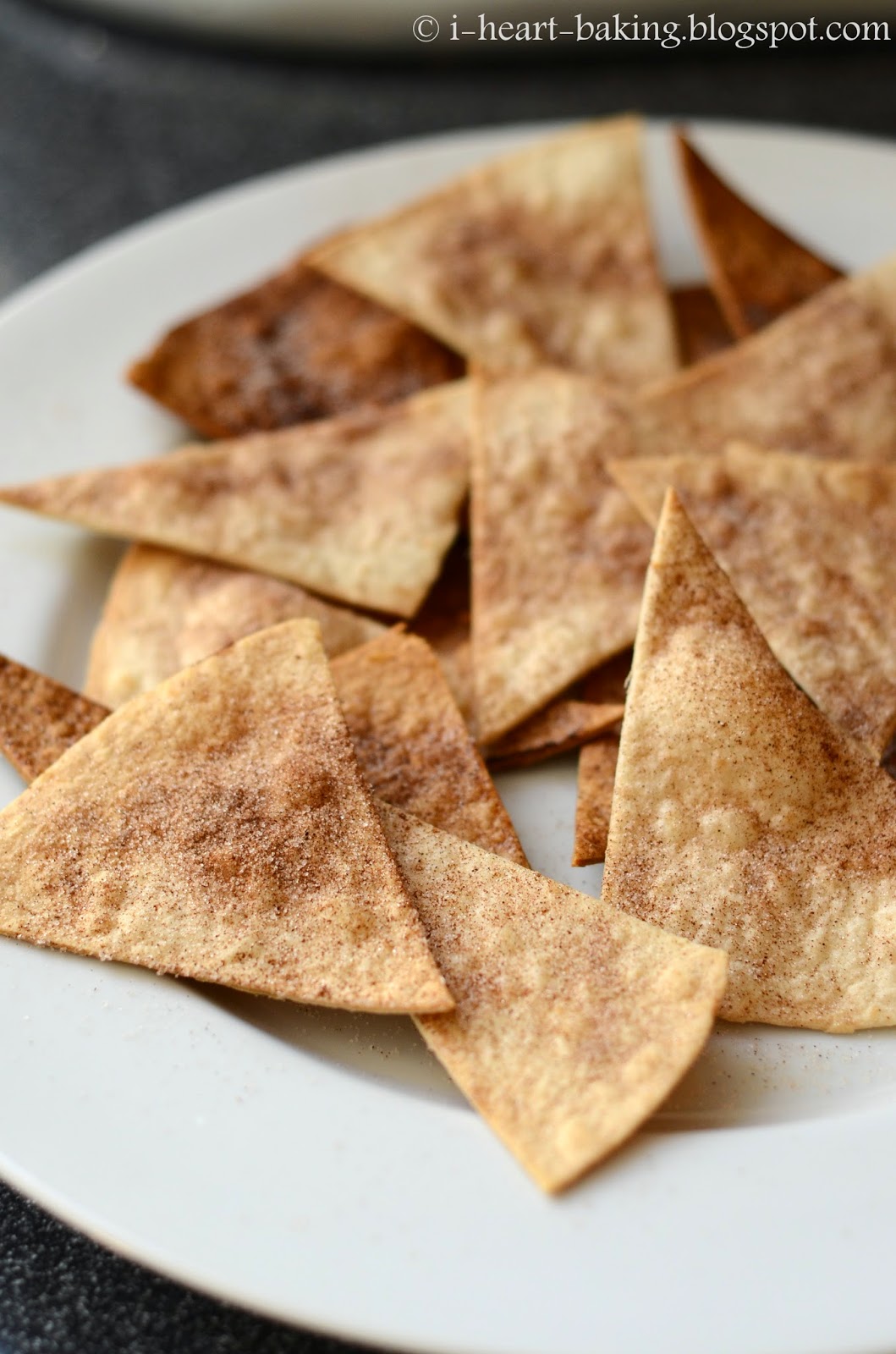 I still had more tortillas to use up, so I thought I would make a batch of just plain salted baked tortilla chips. Even more simple! And still delicious! 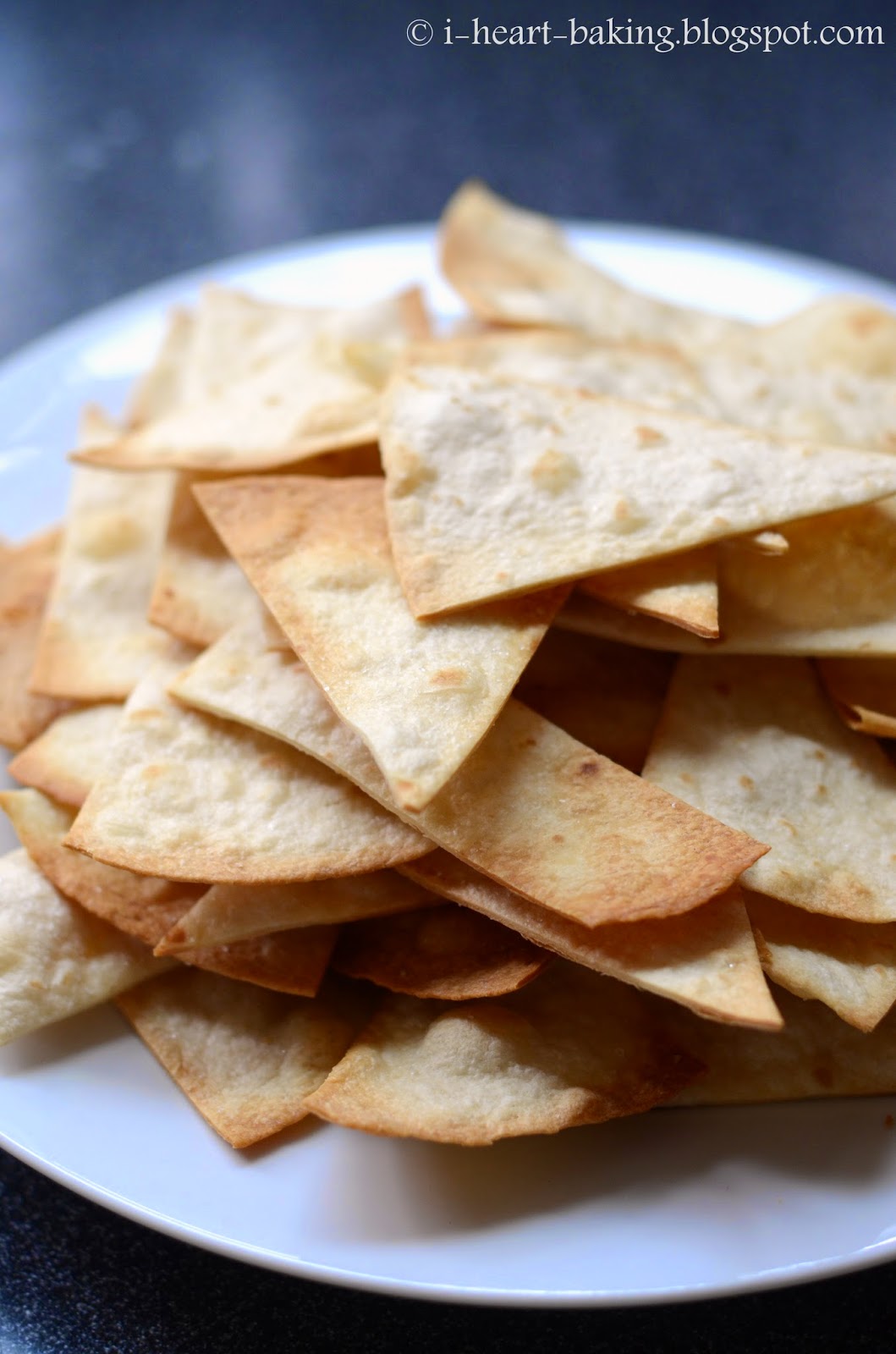 So ... I got the idea to use a cookie cutter to cut out Hello Kitty shaped tortilla pieces, instead of cutting them into wedges!!! 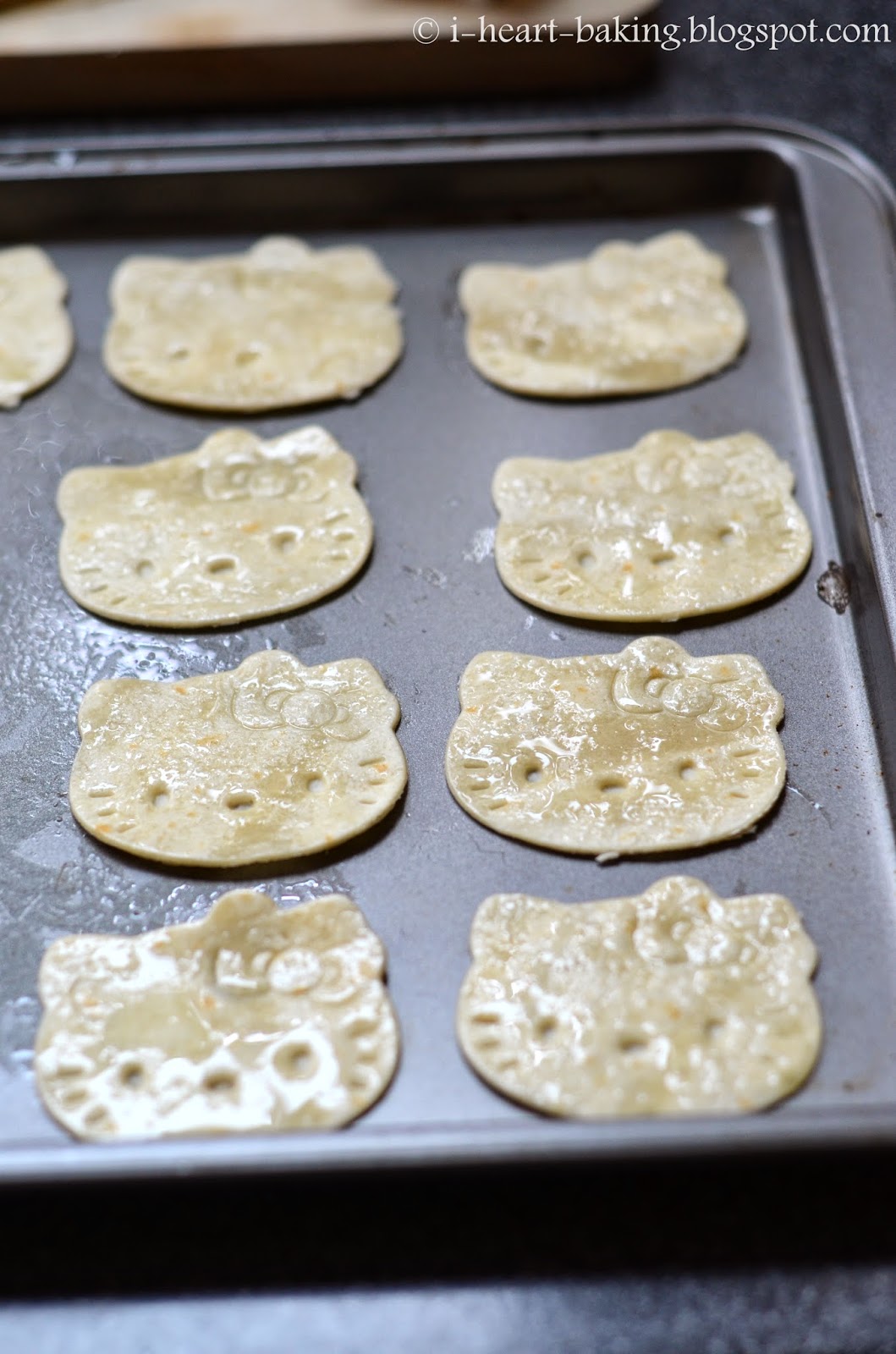 I'll admit that after baking them, the details of Hello Kitty's face because a little bit distorted from all the bubbling in the tortillas. 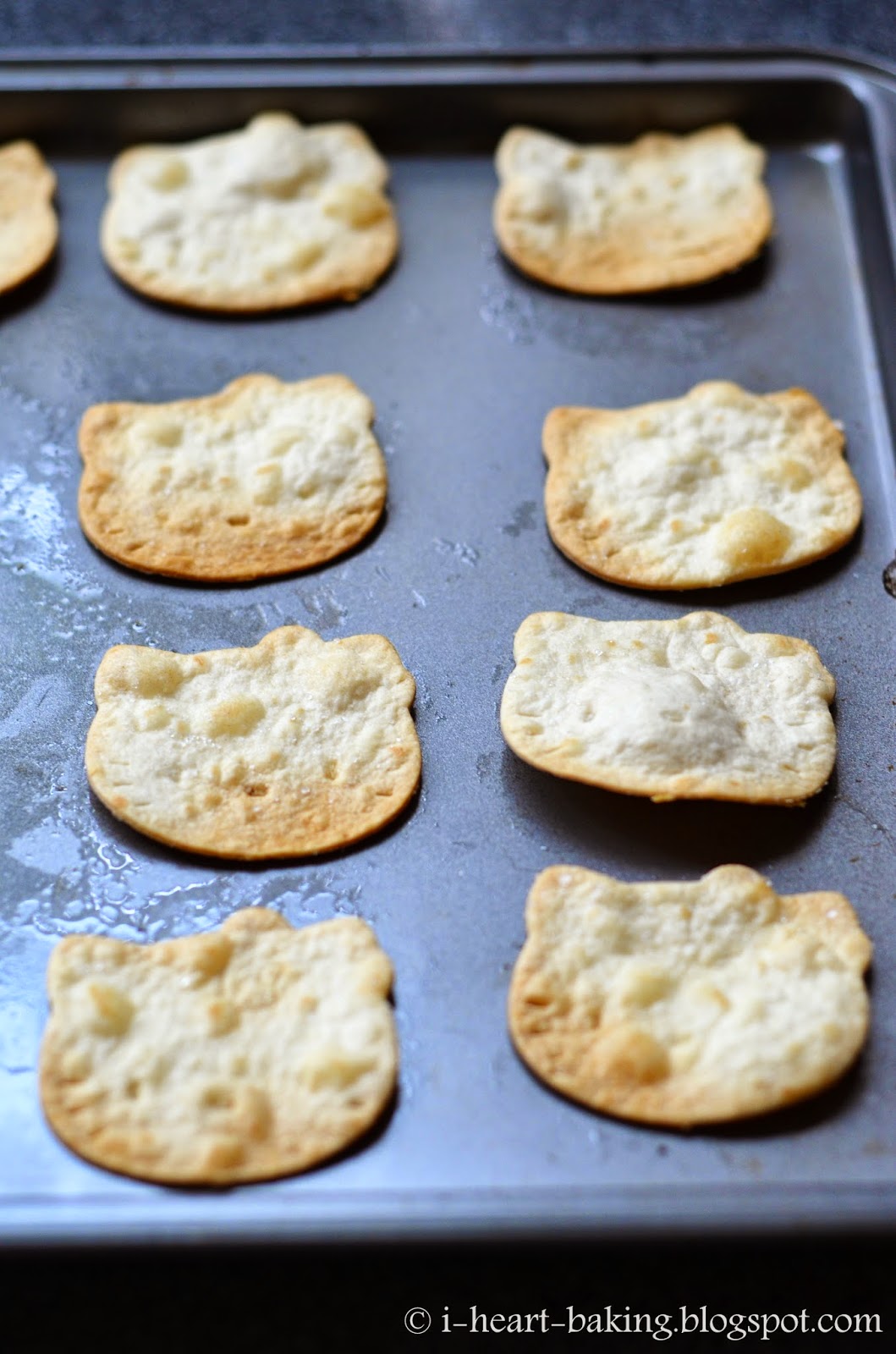 But in my opinion, they still came out adorable! 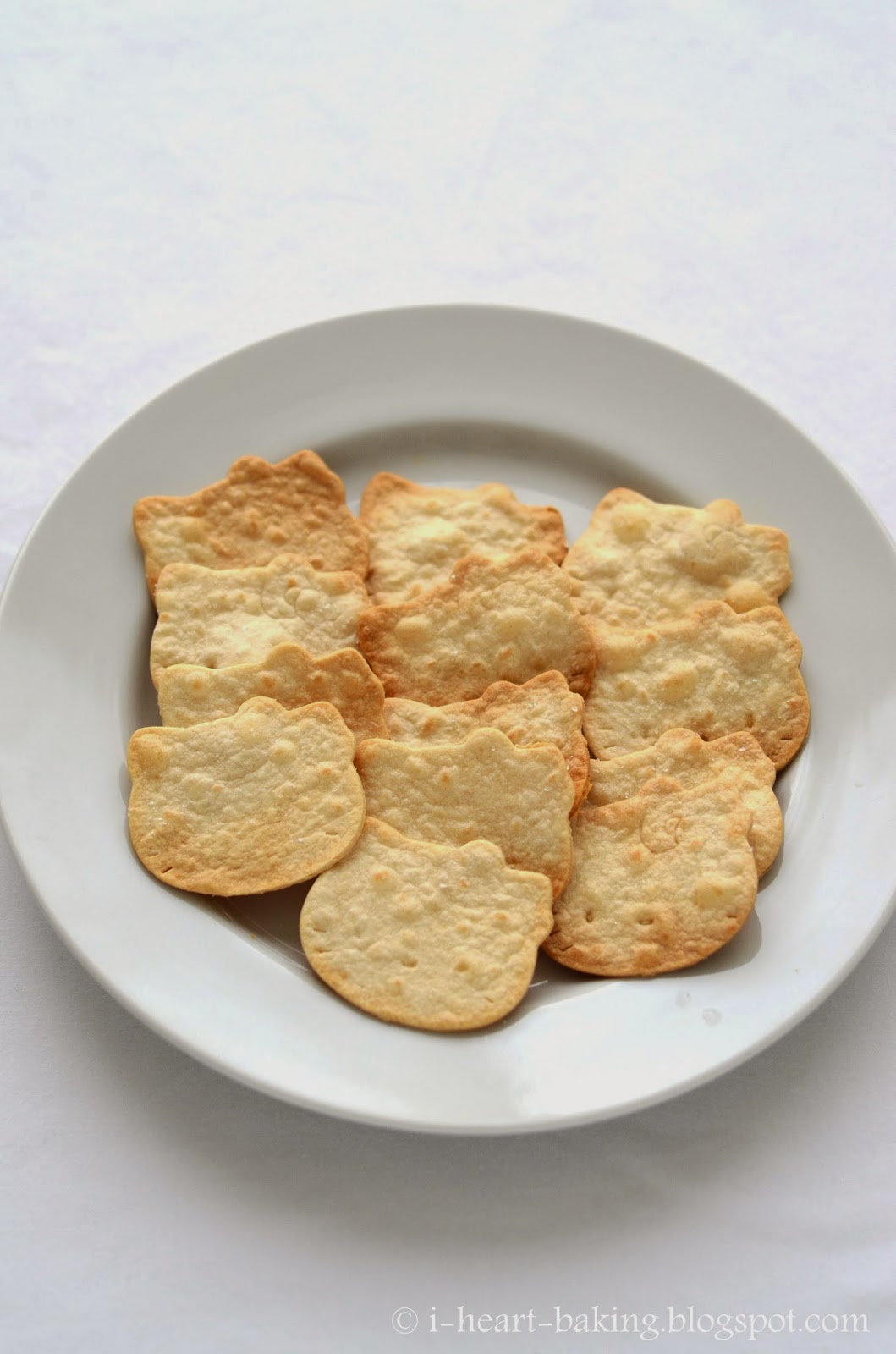