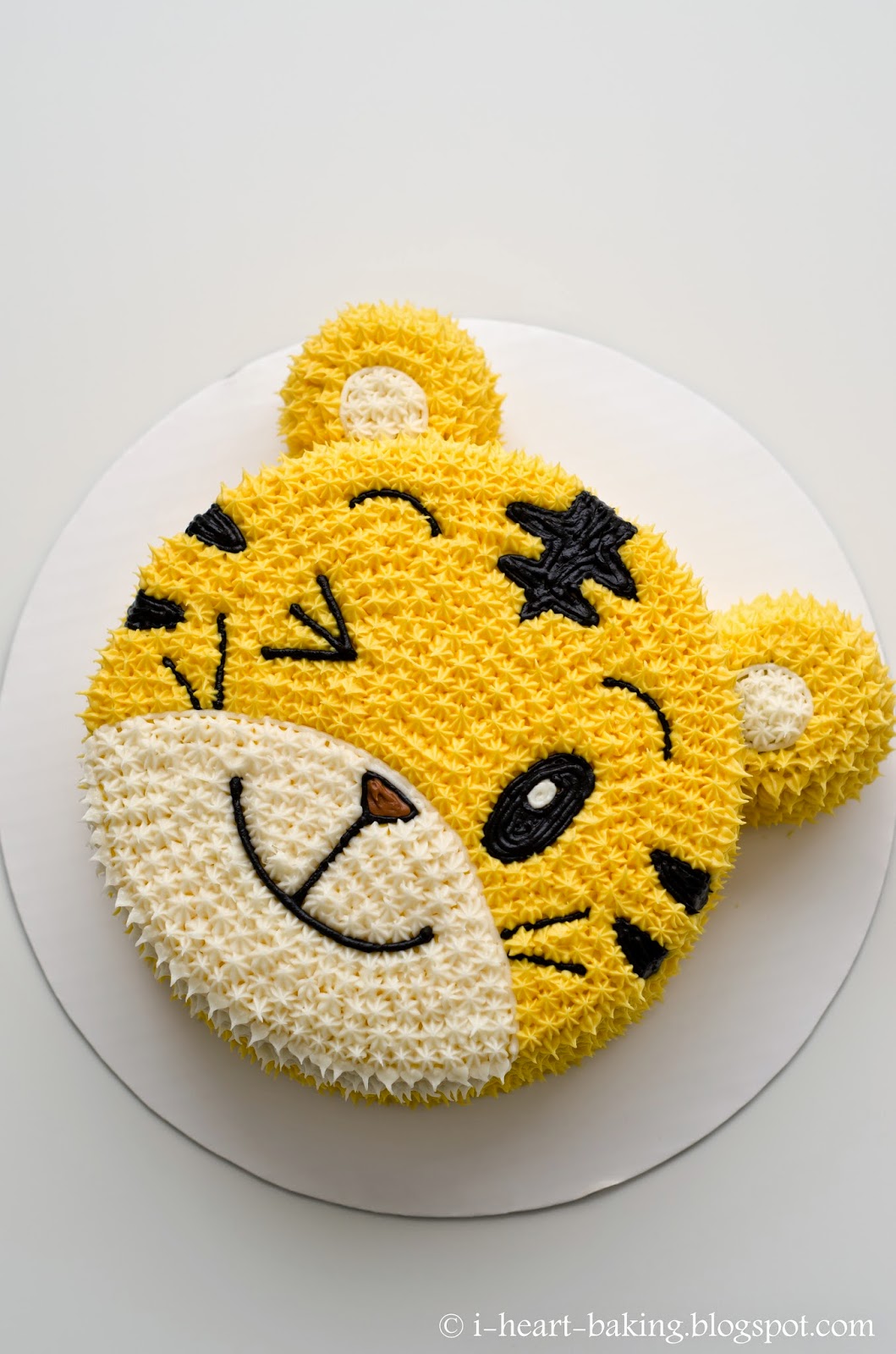 My friend Helen asked me to make a Qiaohu tiger cake for her daughter Marni's 2nd birthday, for her class party at preschool. Even though I had never heard of Qiaohu before, I of course agreed right away! Anything for Marni! Especially since I wasn't able to make her a cake for her 1st birthday last year (I was so busy baking for the book!) 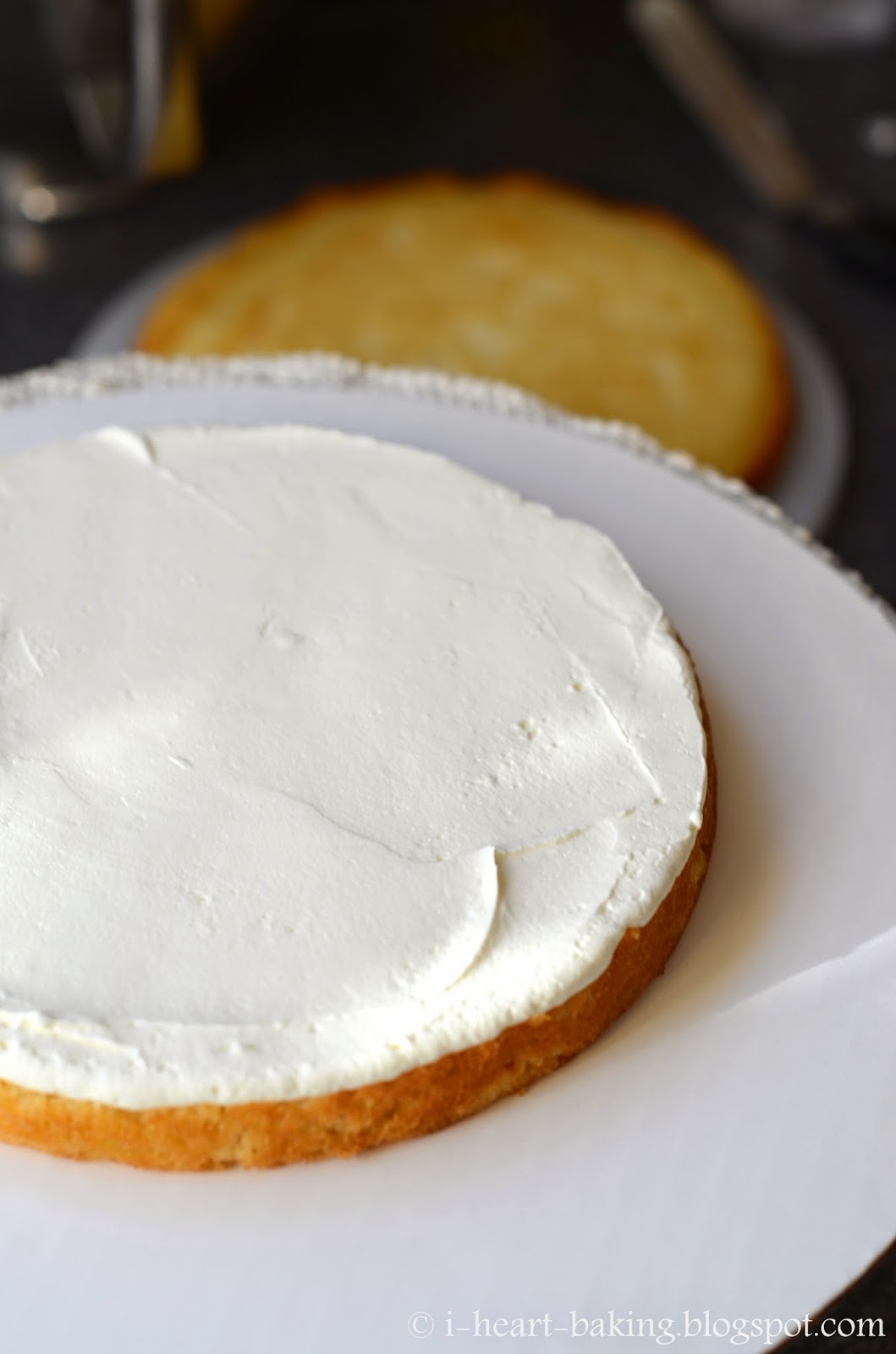 For the cake itself, Helen requested the same cake that I had made for her baby shower - fluffy vanilla cake filled with fresh strawberries and whipped cream! So I baked up a batch of vanilla cake (recipe in my book, The Hello Kitty Baking Book!) in two 8-inch pans, and once they had cooled I split them in half horizontally (giving me four cake layers, although I only ended up using three of the layers). 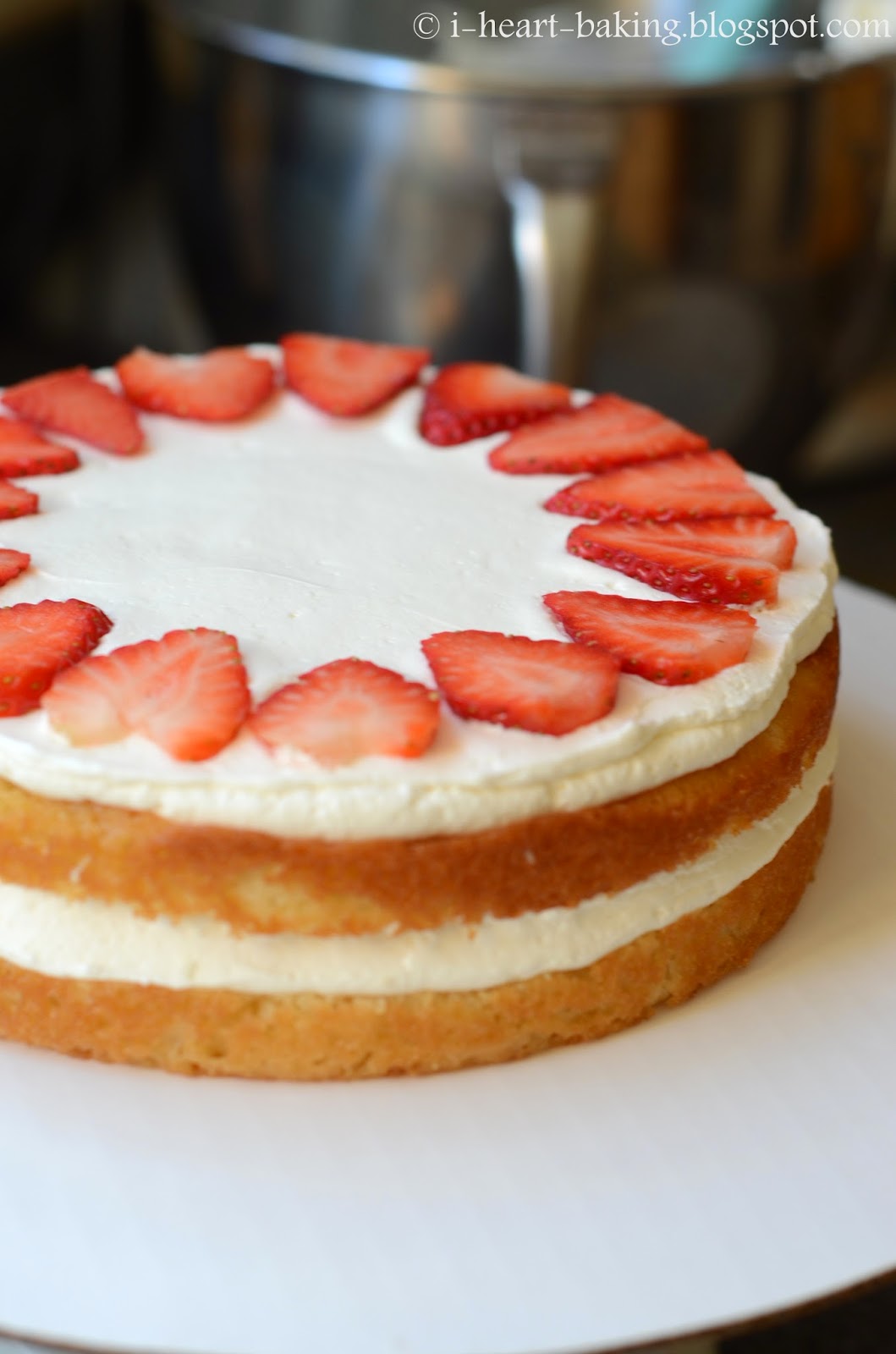 Then between each cake layer I spread on freshly whipped cream and fresh sliced strawberries. 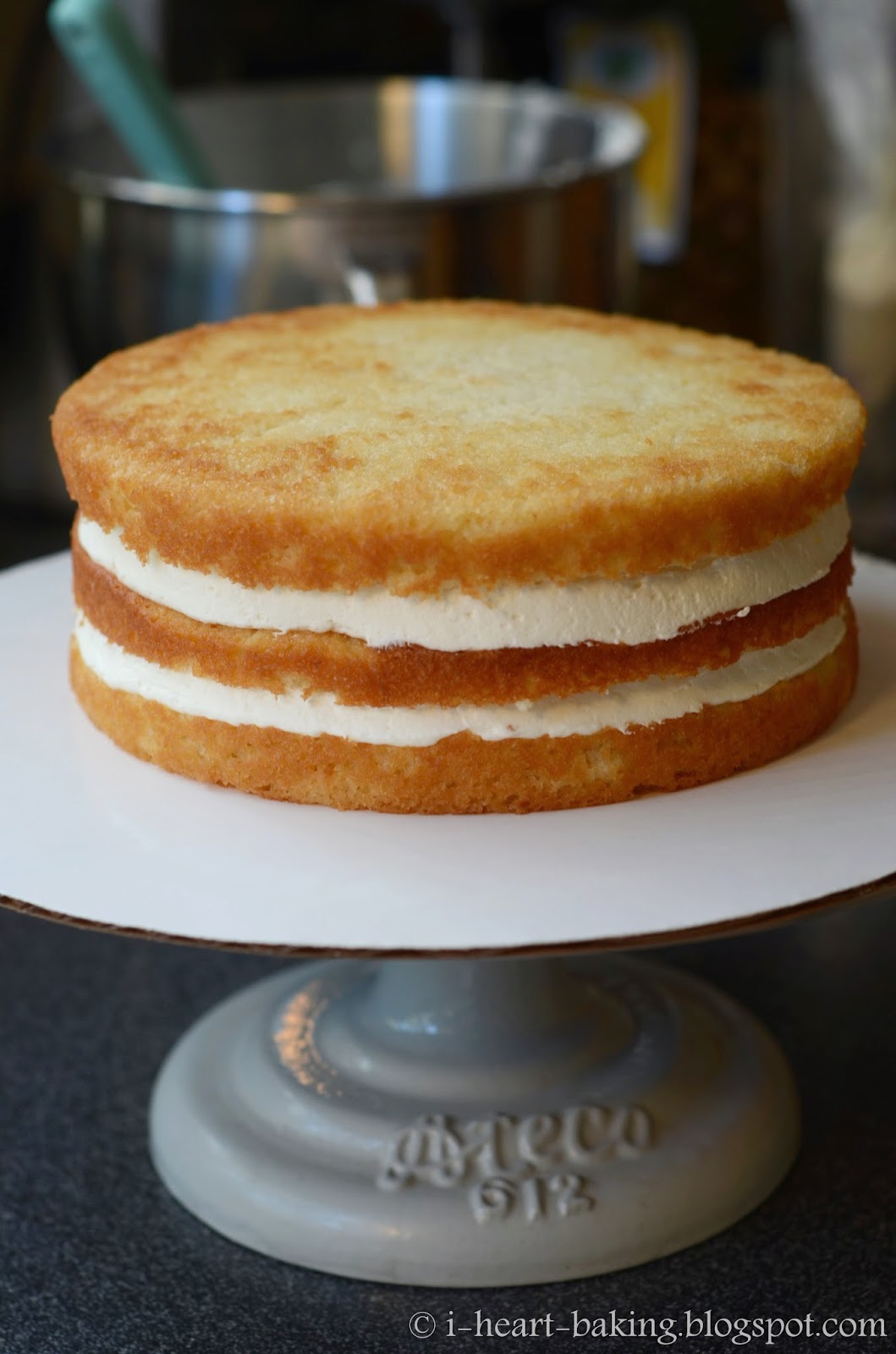 For Qiaohu's ears, I had baked up a half dozen vanilla cupcakes with the same batter. I sliced the tops off of four cupcakes, and filled them with freshly whipped cream. 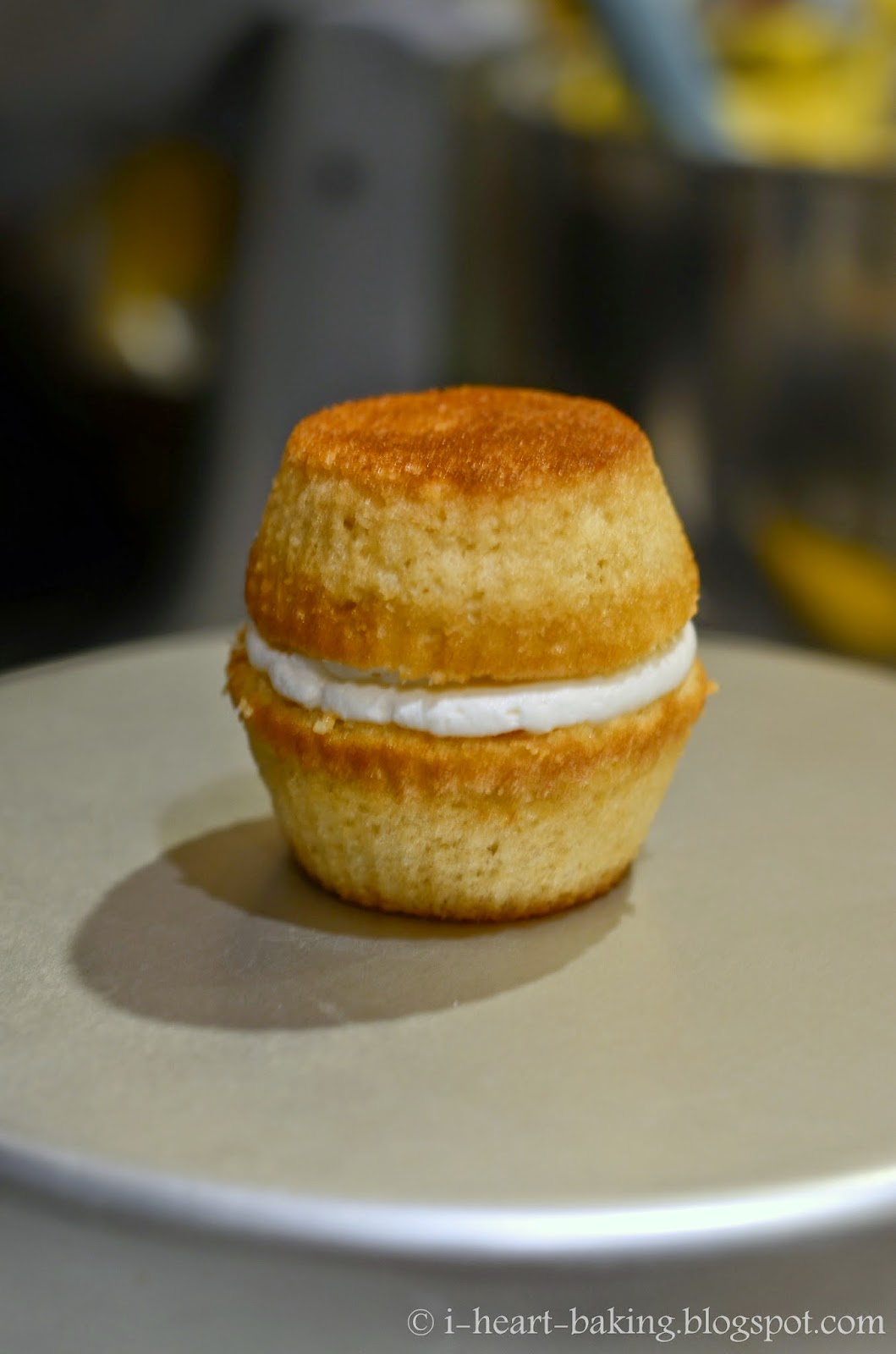 Then I did a quick crumb coat of the cake and cupcakes with cream cheese buttercream (tinted golden yellow), sliced off a bit of the stacked and frosted cupcakes, and fit them onto the cake as ears. Then I used a toothpick to draw on Qaiohu's details before piping the outlines with black and white frosting. 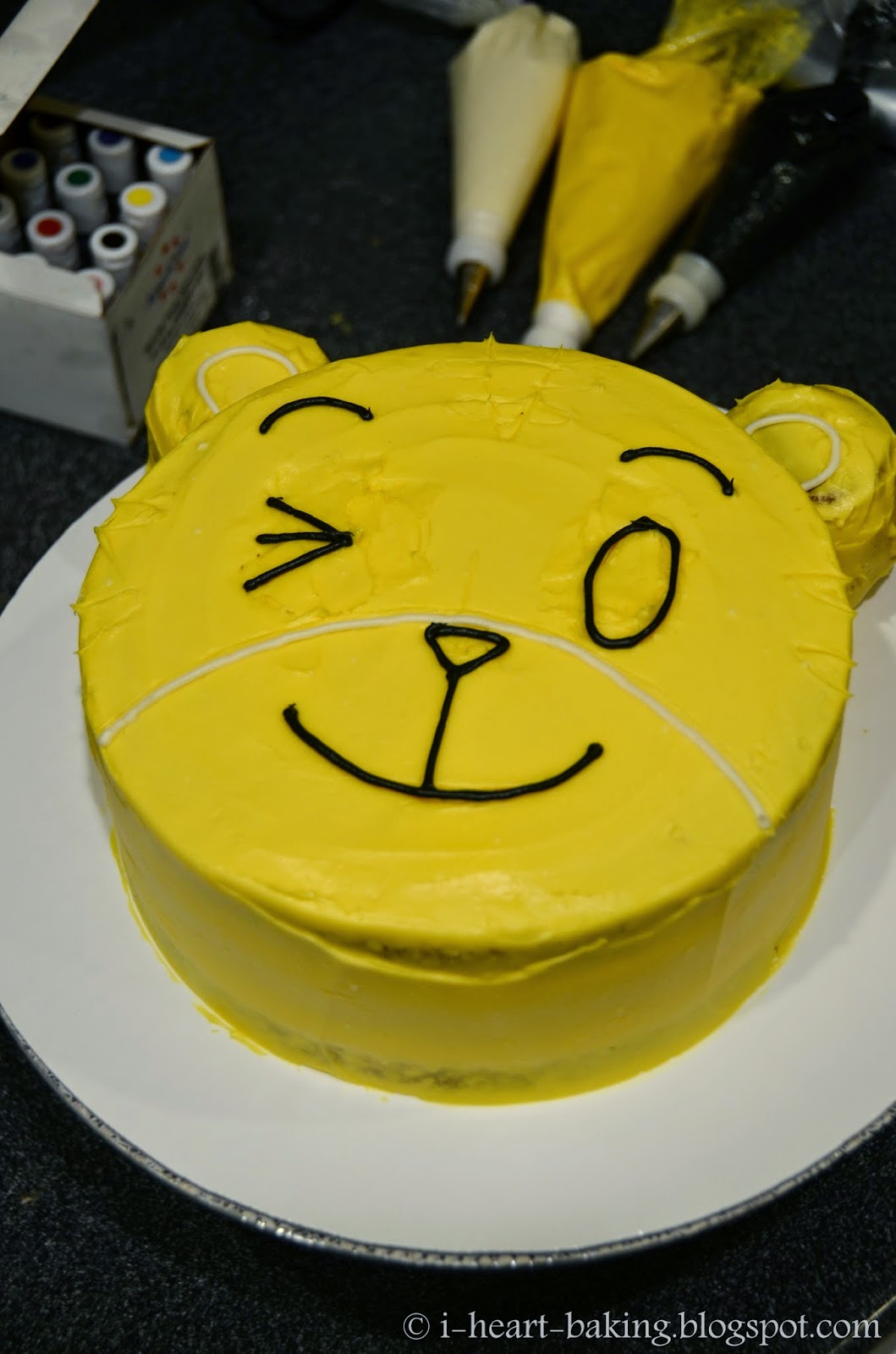 Next was filling in the details with piped stars for the face and ears, piped lines for the tiger stripes, and a piped swirl of ovals for the eyes. 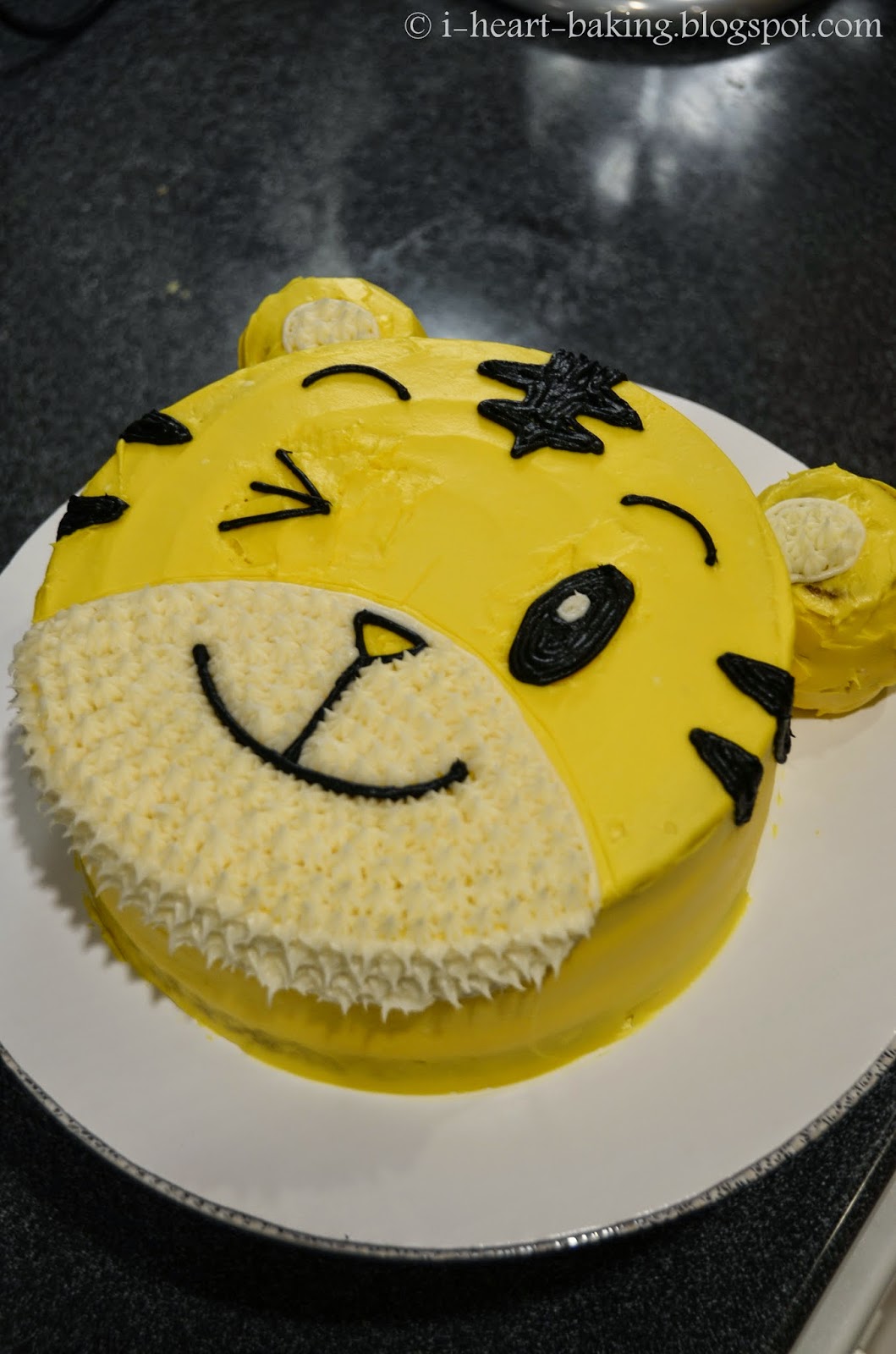 After a piping a bit of brown frosting for the nose, he was done!

What kid can resist a cute winking tiger smiling back at you? 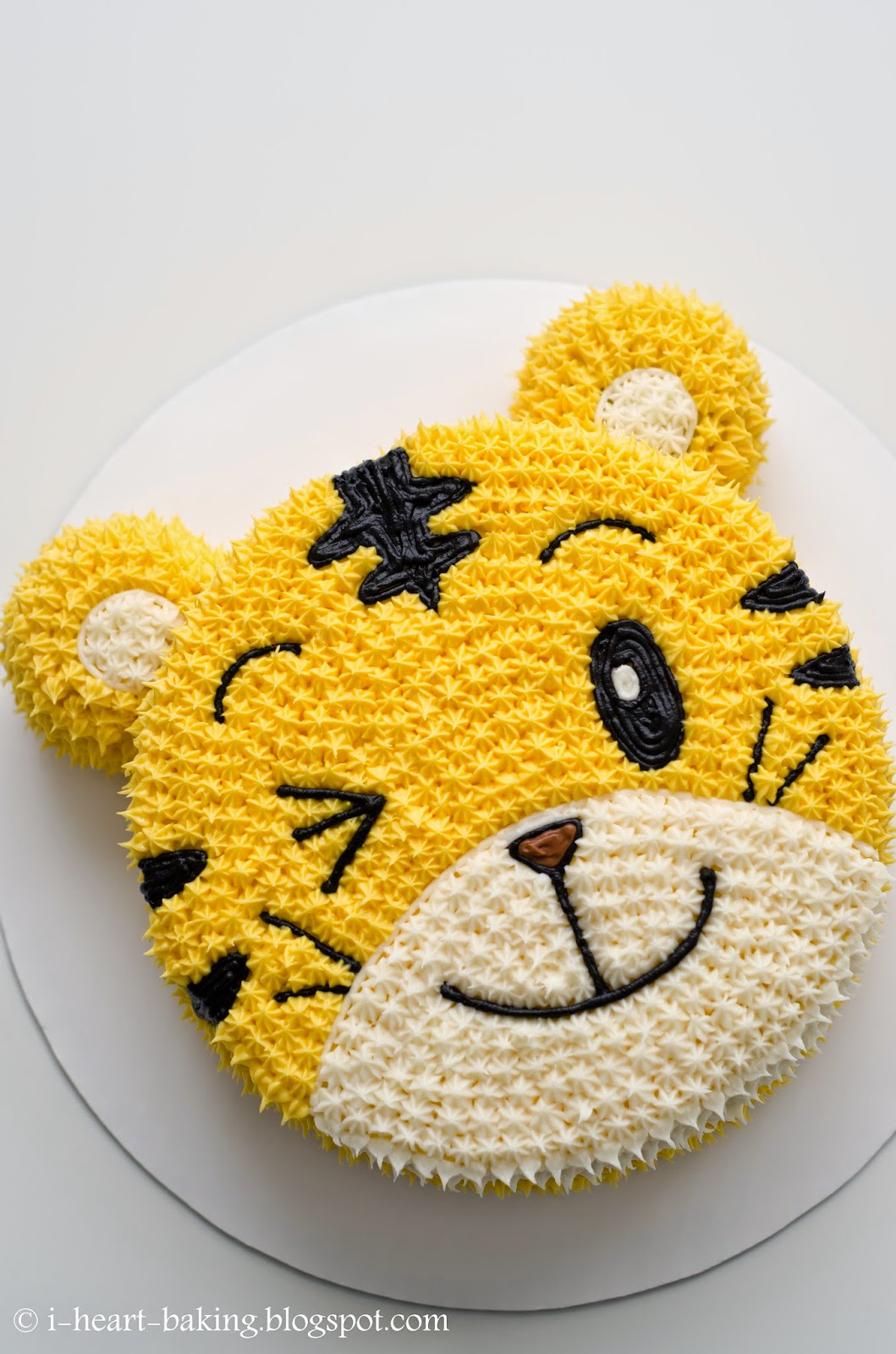 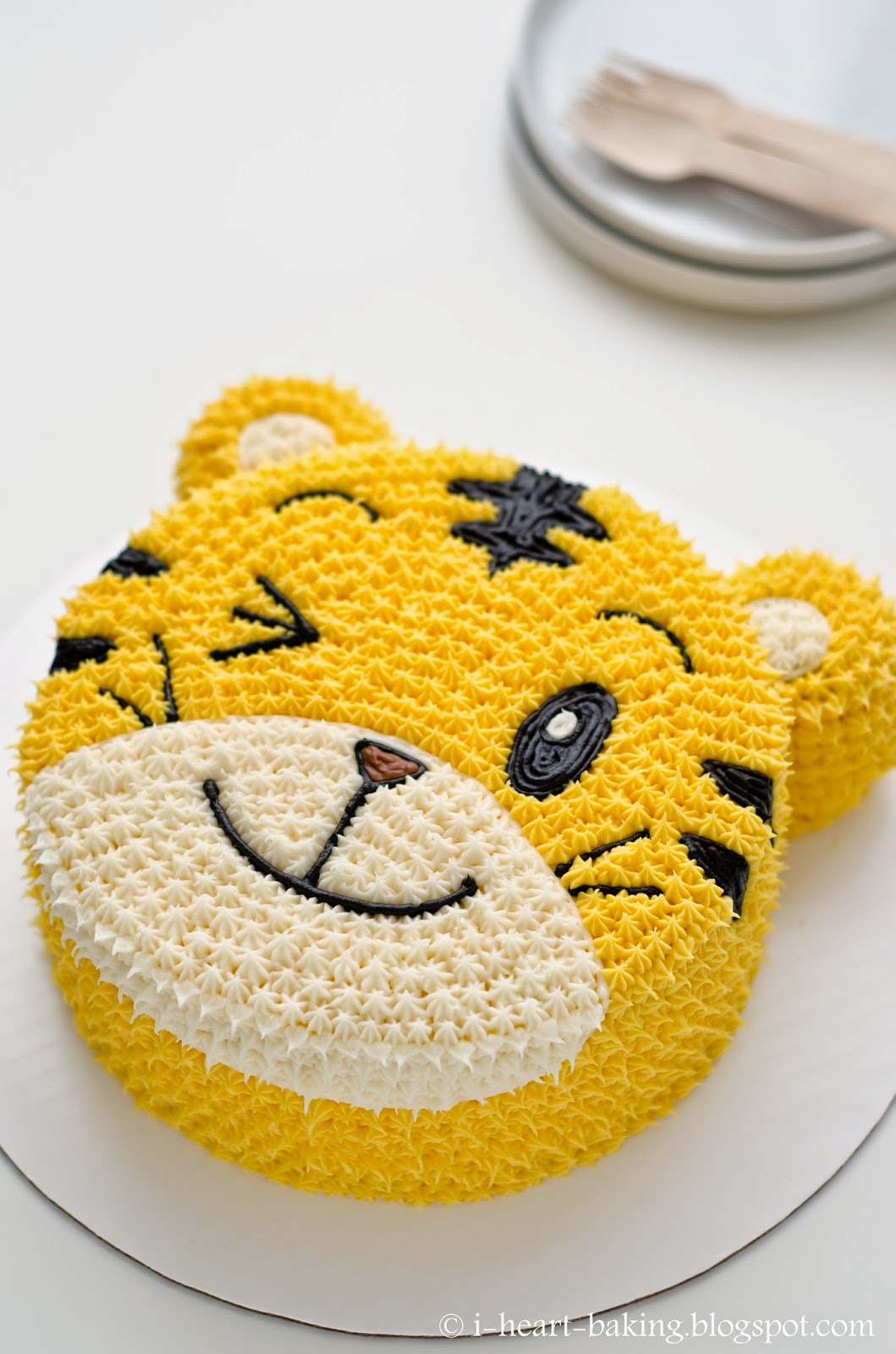 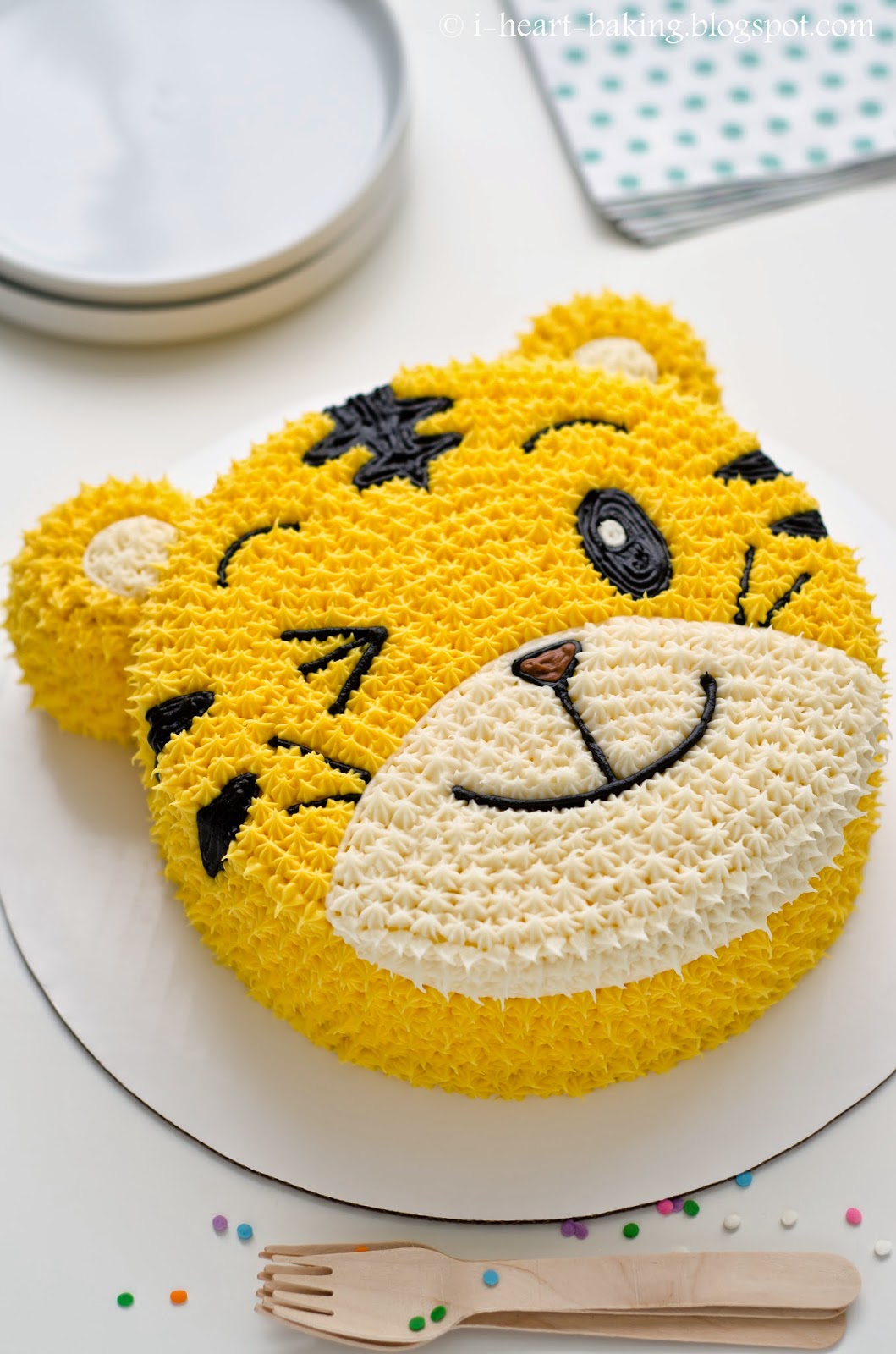 I also piped a quick birthday message on the cake board to complete the cake! ("yuan yuan" is her nickname!) 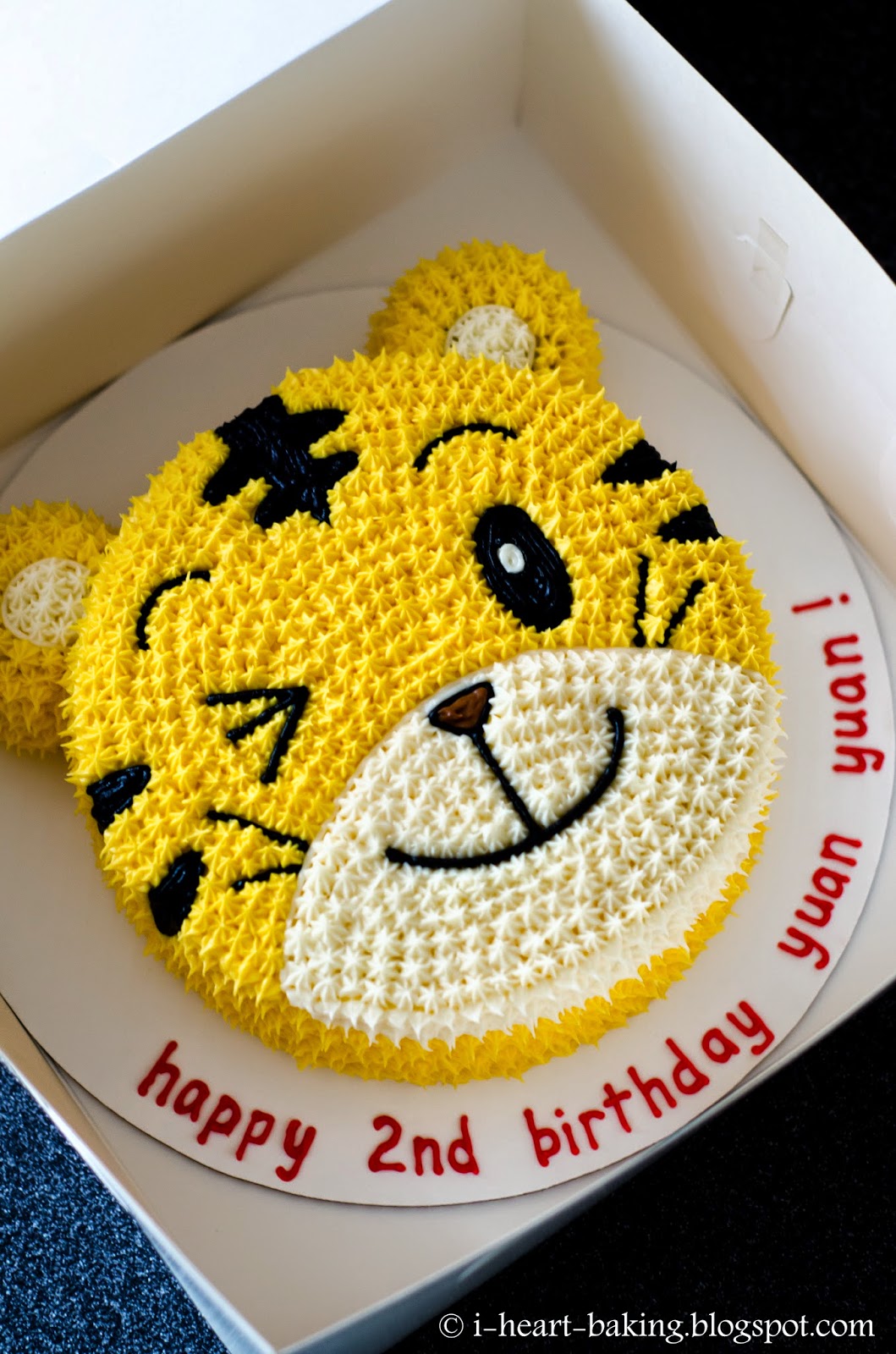 Hope you had a happy birthday, Marni!