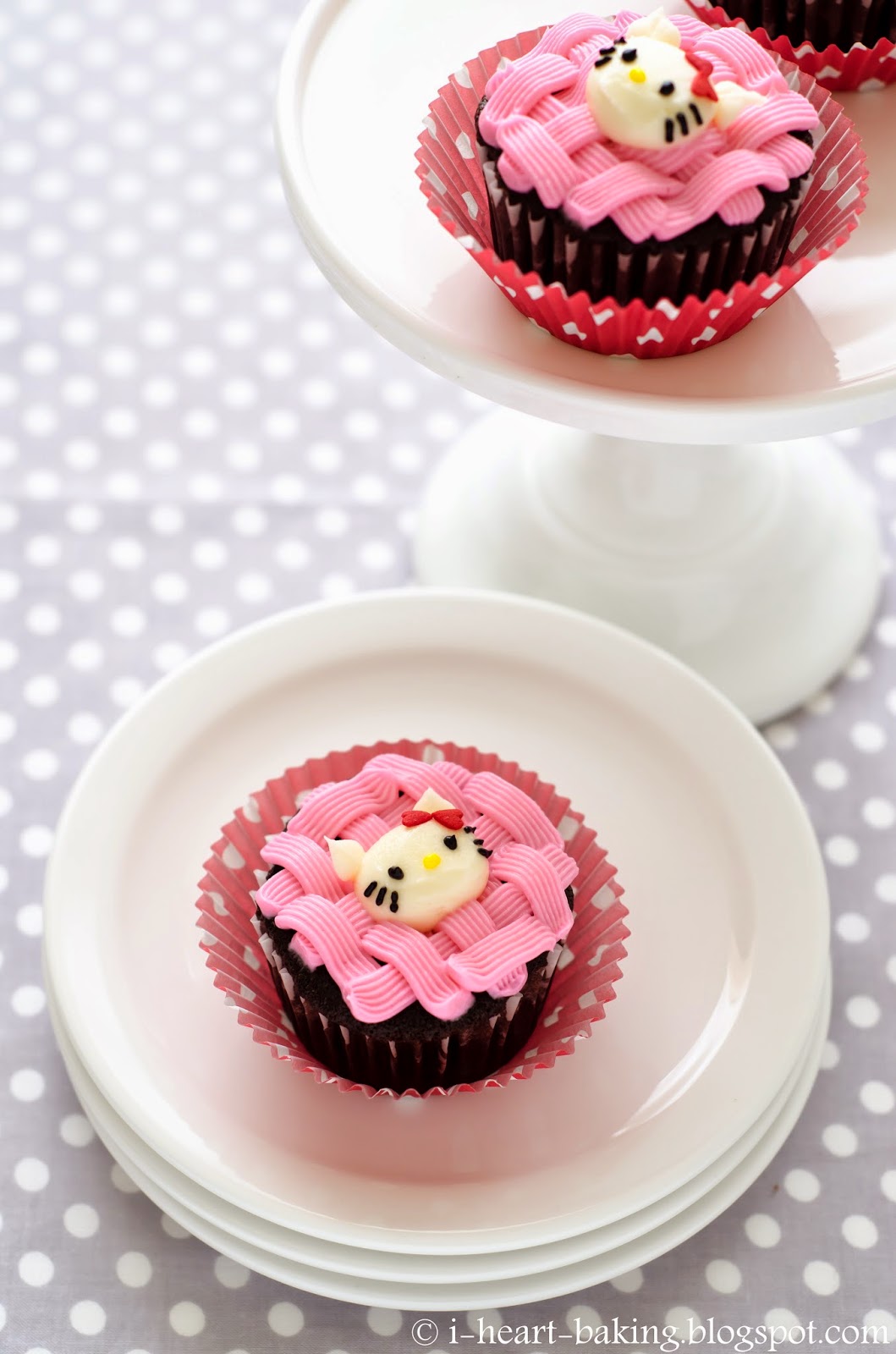 The first time I made these Hello Kitty basketweave cupcakes was back in 2010, when I made fresh strawberry Hello Kitty cupcakes with pink basketweave frosting for my friend Hsing's birthday! Since then I have made them several times (see here and here for more), and they even almost made it into my book, The Hello Kitty Baking Book! While we ended up going with cupcake options that were simpler, you can still find a basketweave tutorial and a pink basketweave cake in the book!

Then around the time that the Hello Kitty exhibit opened (at the Japanese National American Museum), I was contacted about giving a couple of workshops. One was a cookie decorating workshop which I ended up giving at Hello Kitty Con, and the other was a cupcake decorating workshop which I gave at the museum last month! I decided to show everyone how to pipe these basketweave cupcakes, even though they were cut from the book, because you can use the techinque in so many ways! Even the technique of piping the little Hello Kitty face can be used with many things, such as on the sides of a cake, in piping Hello Kitty meringue cookies, and making Hello Kitty macarons! 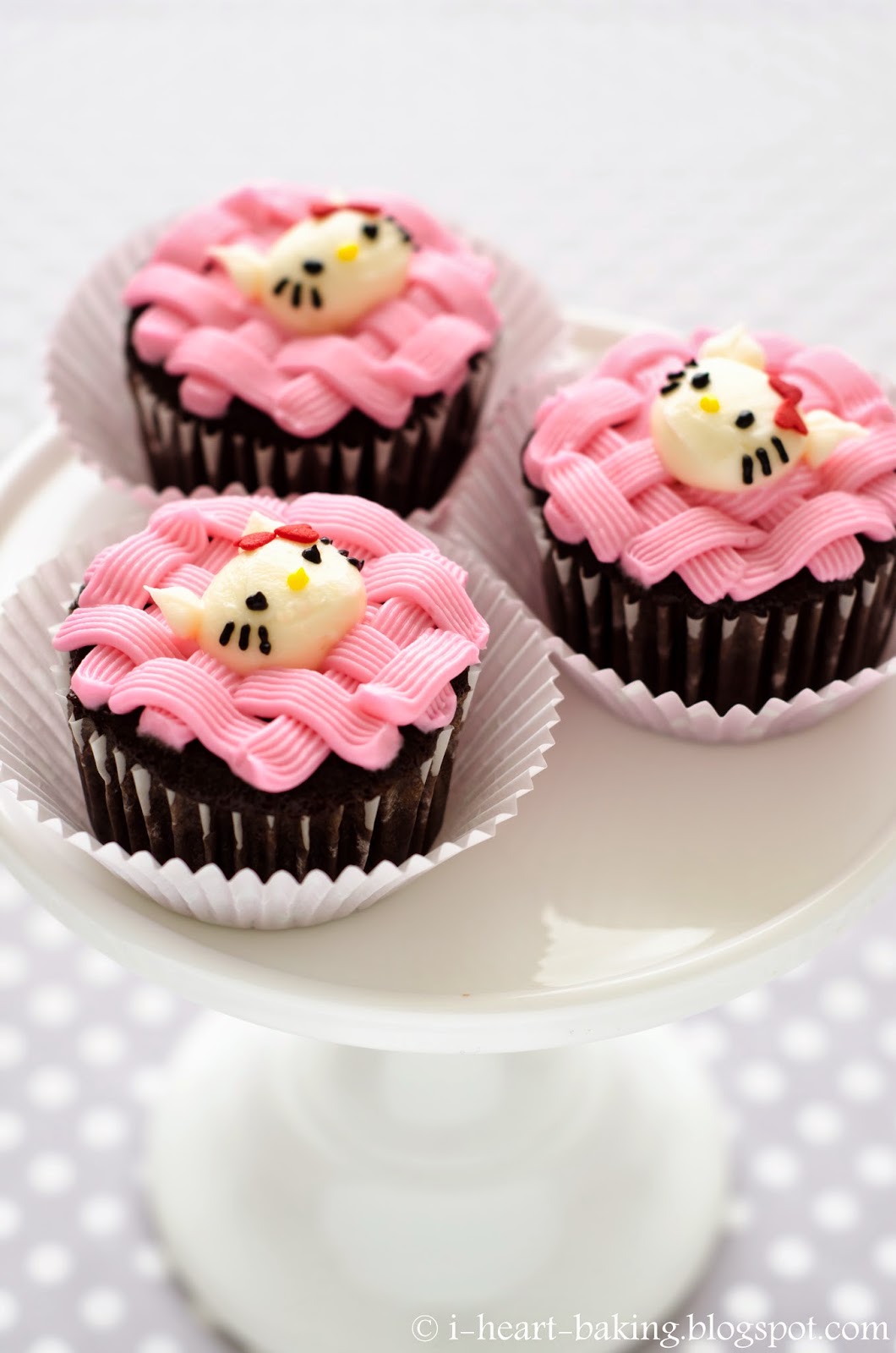 To prep for the workshop, I baked 6 dozen chocolate cupcakes (recipe in the book!) and prepped over a hundred piping bags with tinted buttercream frosting (recipe also in the book!).

Here's the setup of each station at the workshop.

And here's the workshop in progress!

After the workshop, the museum had a book signing event to promote the book. This was super fun, as I got to talk with so many different people and discuss our love of Hello Kitty and baking! :)

And while I was giving the workshop and signing books, my sweet husband took our two oldest kids to see the Hello Kitty exhibit! (Our youngest baby stayed home with Grandma).

I had so much fun giving the workshop and being at the museum, I'm going to be super sad when the exhibit ends in May! But I hear that the exhibit may be travelling soon, so keep an eye out for the exhibit in a city near you!
Posted by michele at 10:00 PM