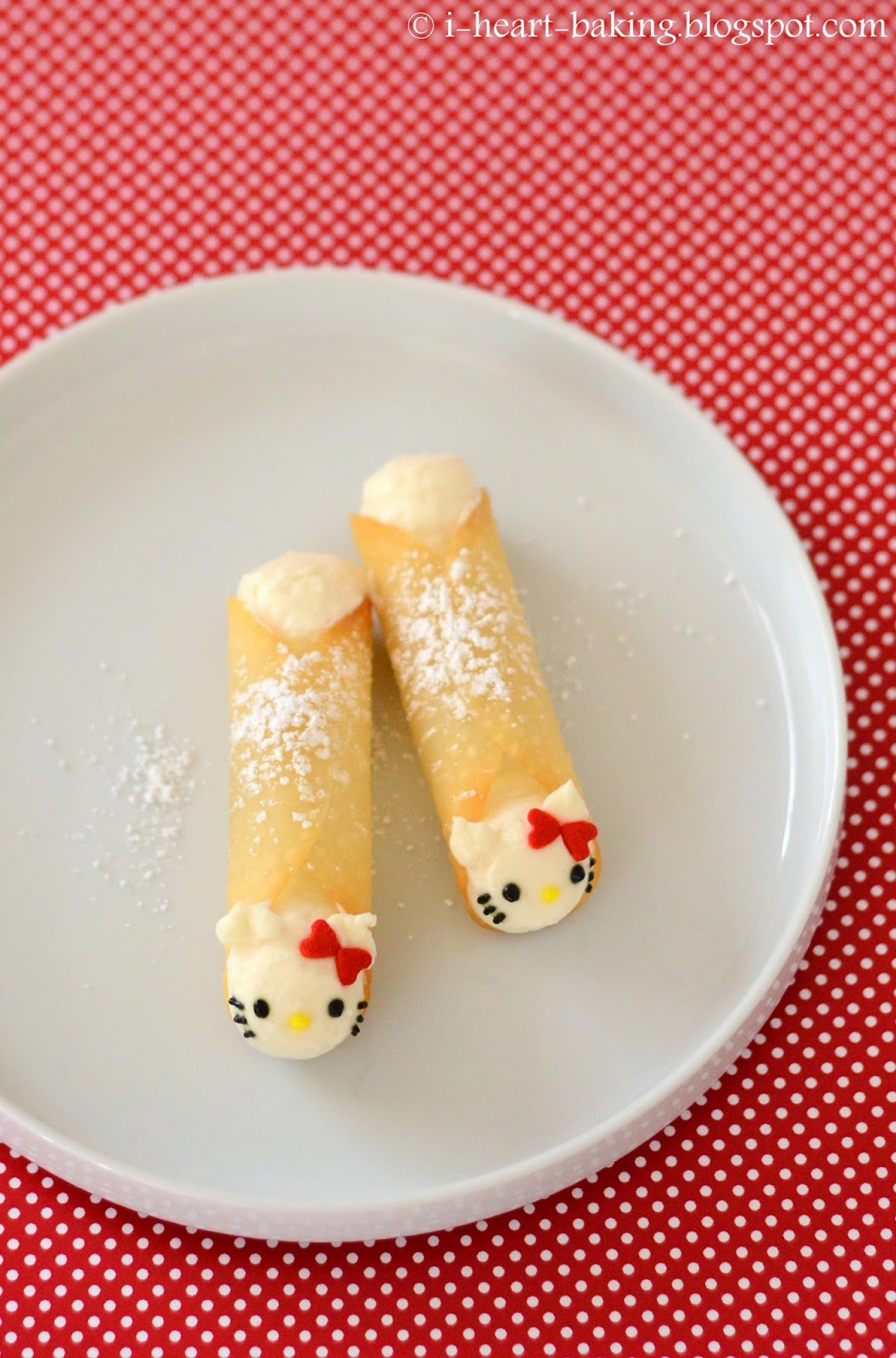 A few years ago when I wrote about making this Hello Kitty rhubarb tart, my good friend's husband, Charlie, responded with a comment about reaching my creative limits with Hello Kitty. When I told him that I had more up my sleeve, he proposed a challenge - he wanted Hello Kitty cannoli! And so (several months later) this is what I came up with!

I wanted to do a lighter version of the traditional fried cannoli, so these are actually baked instead of fried. And instead of making a dough, I used won ton wrappers, which makes it a super easy dessert to whip up! 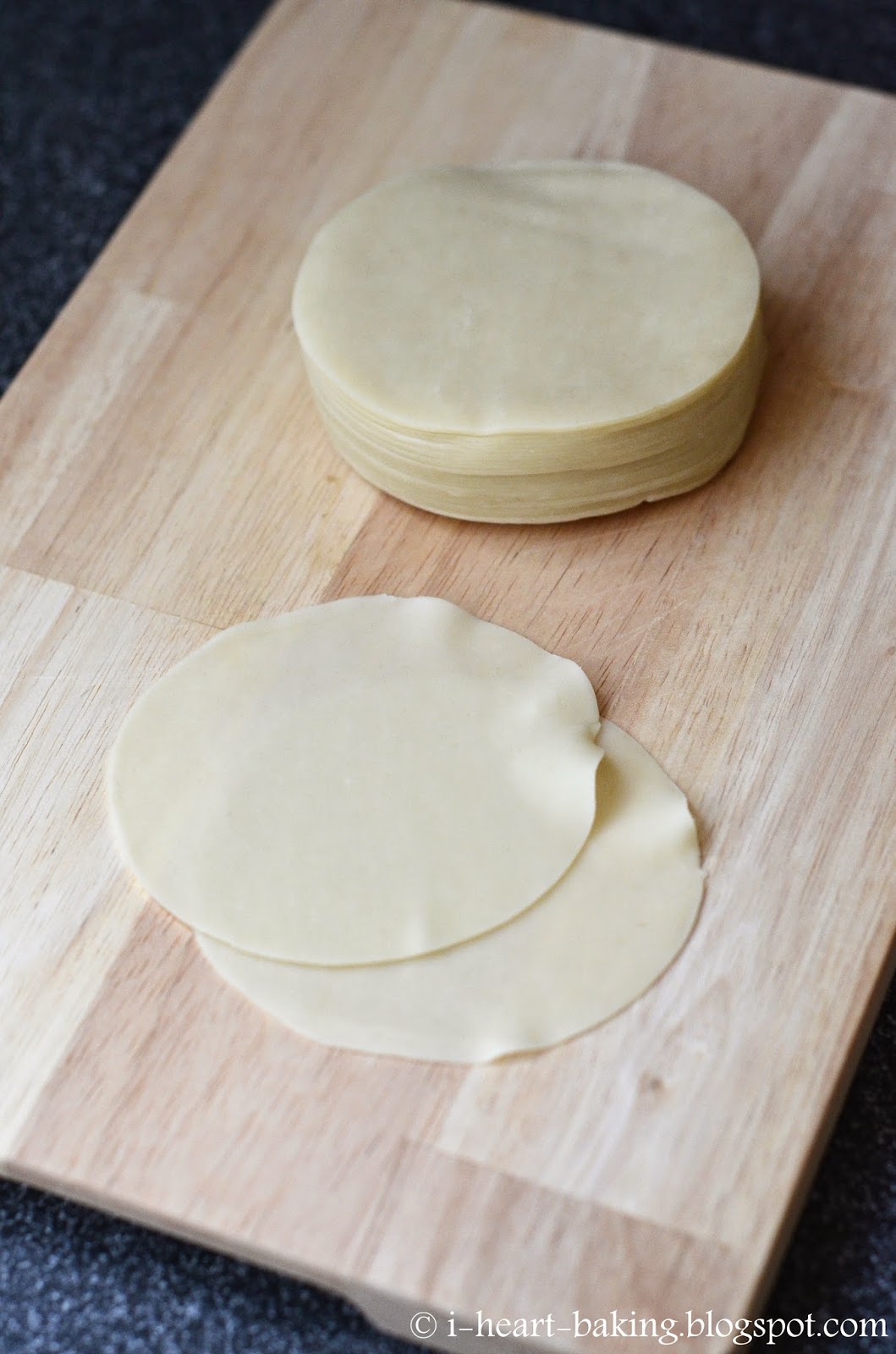 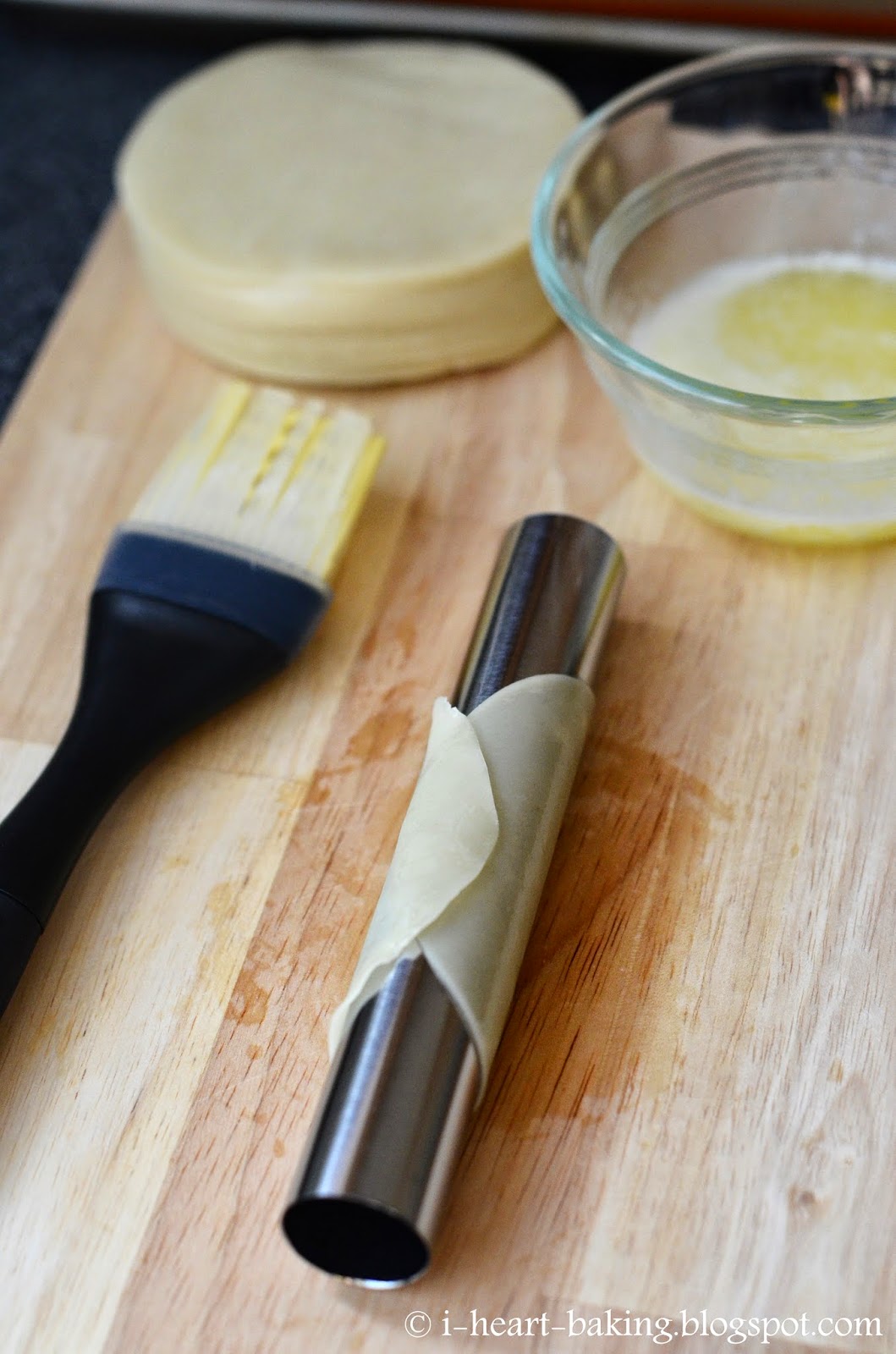 I brushed melted butter on both sides of my won ton wrappers, and then wrapped them around metal cannoli forms before baking them in the oven until golden and crisp. 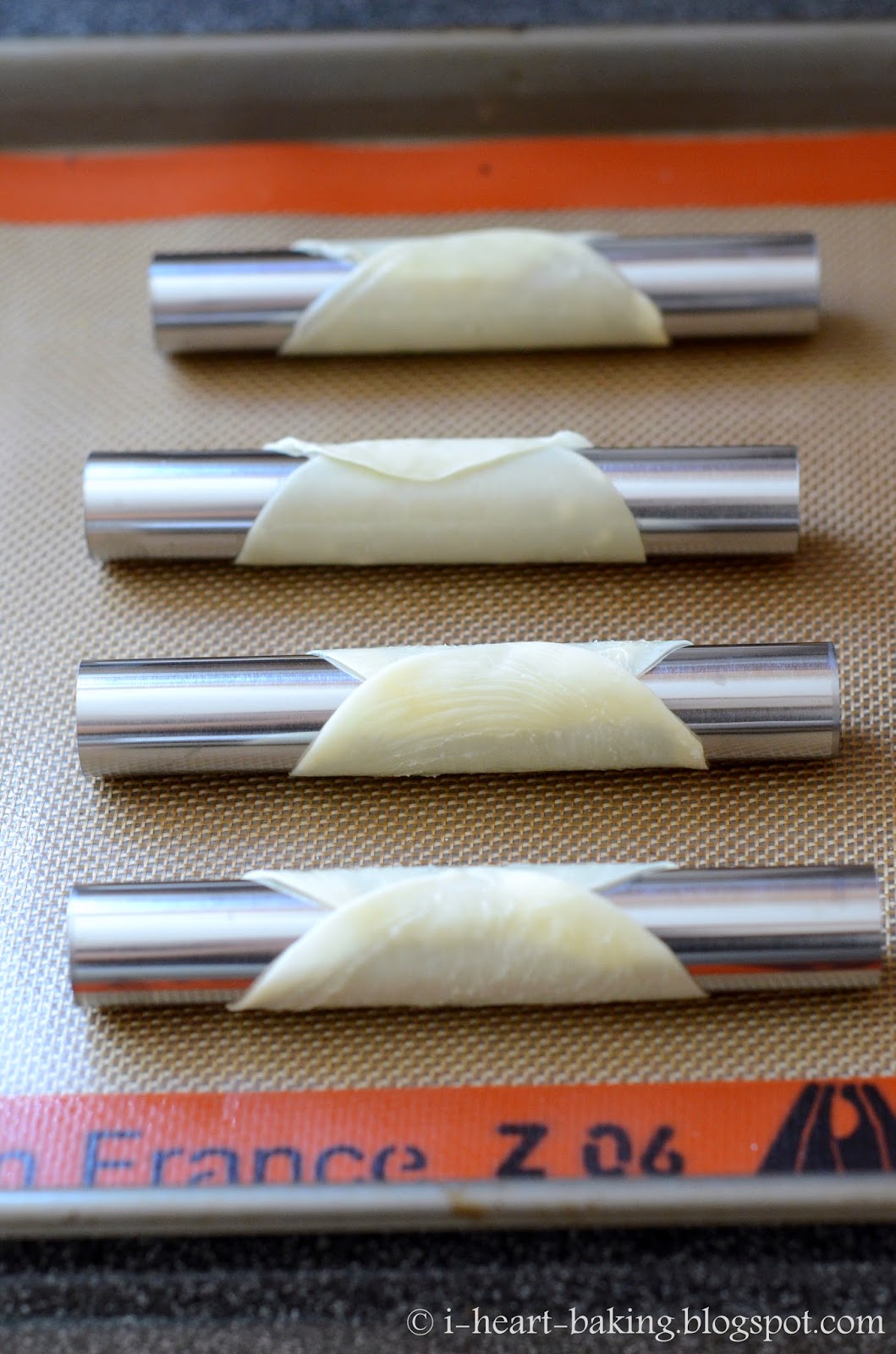 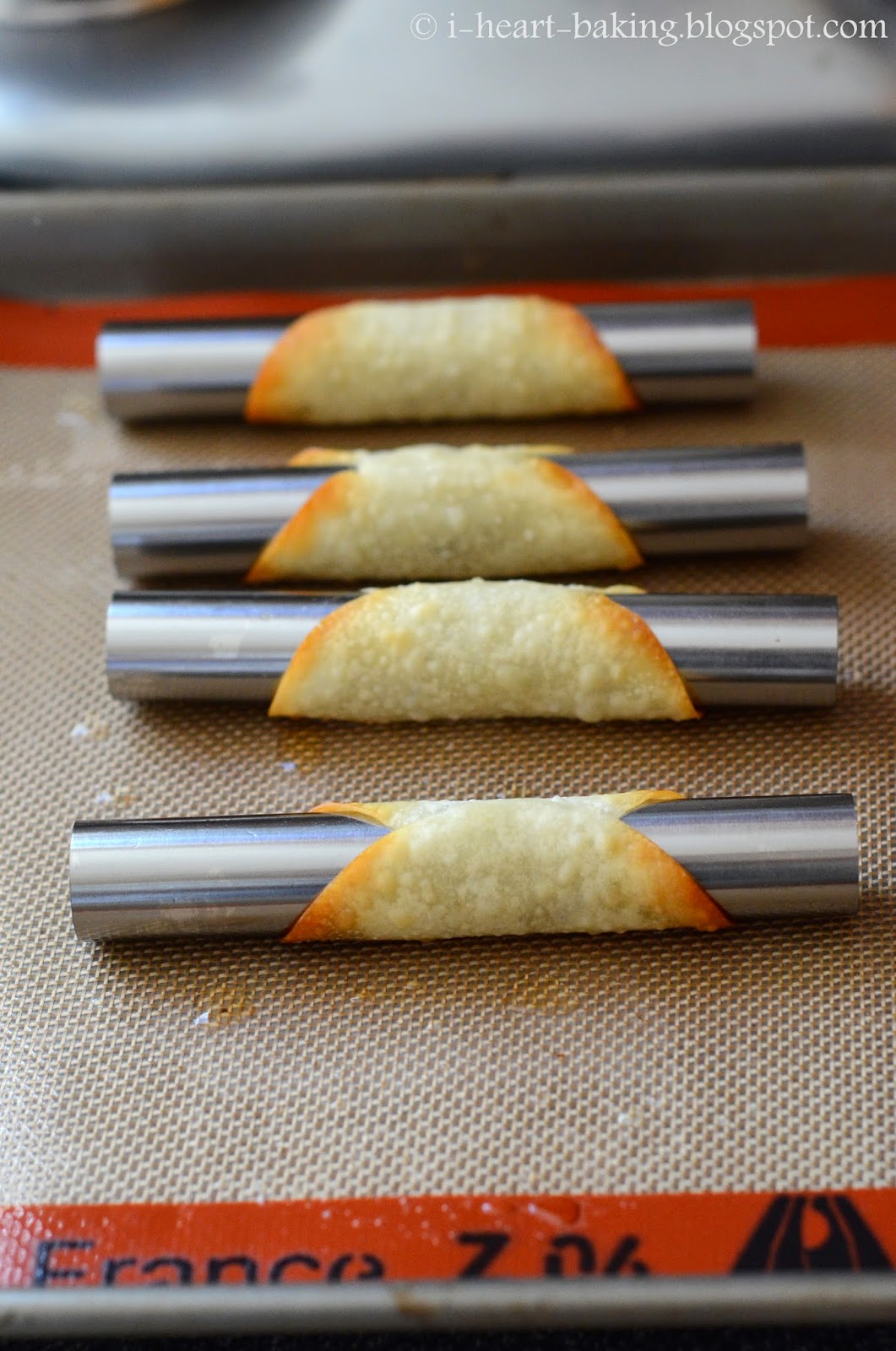 I also changed up the traditional filling, which usually contains ricotta cheese. Instead I chose to use mascarpone cheese whipped with heavy whipping cream, lightly sweetened with powdered sugar and vanilla extract. Then I used a pastry bag fitted with a large round tip to fill the cooled cannoli shells.

To decorate the Hello Kitty face, I followed the same steps as when piping my Hello Kitty cupcakes. I used a Wilton #352 leaf tip to pipe the ears, and a small round tip to pipe the black eyes and whiskers, and yellow nose. Finally I added two heart-shaped confetti sprinkles to form the bow. 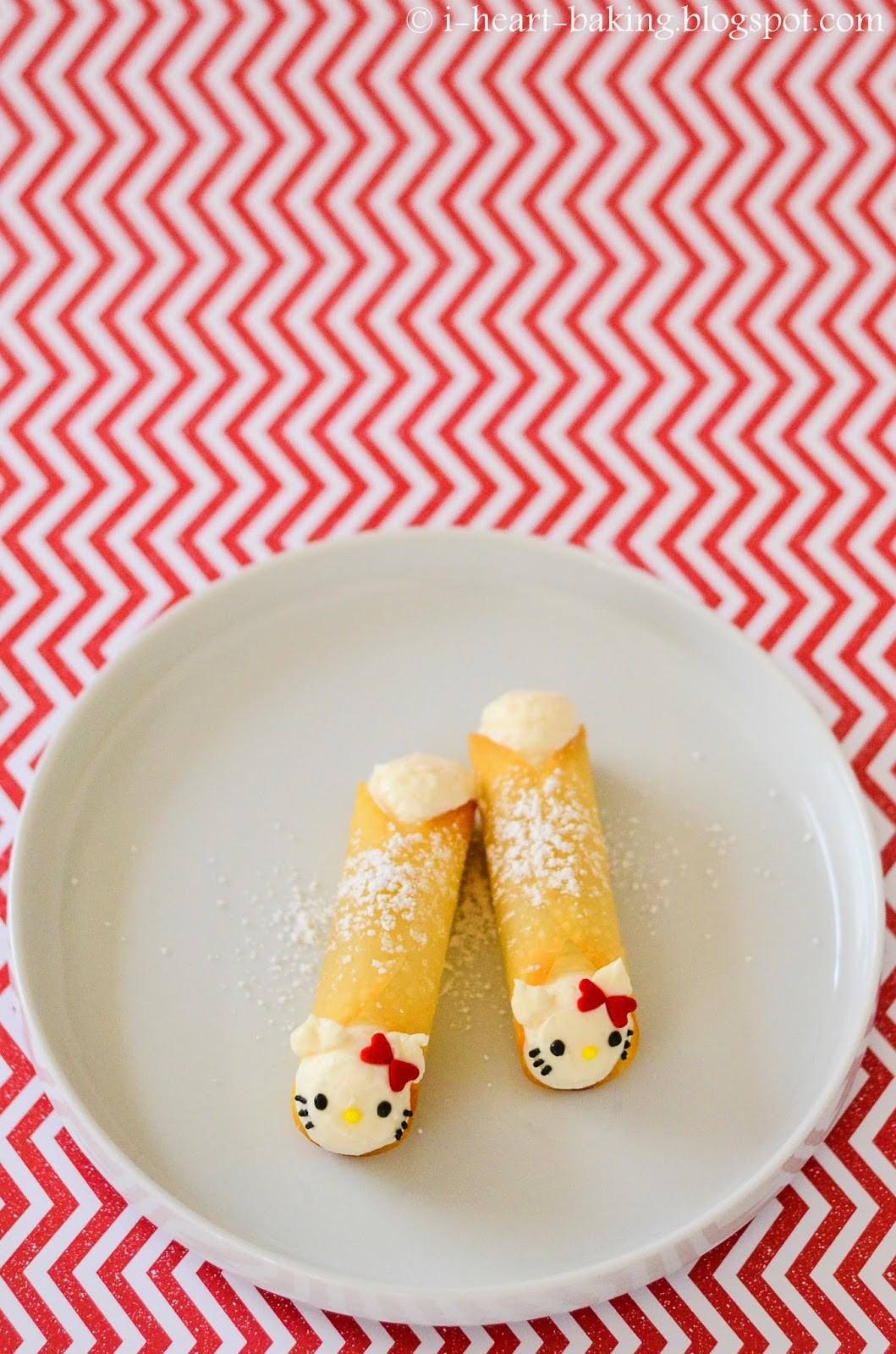 While I ended up loving the filling, I didn't totally love the shells. While they were crispy, they weren't as flakey as I'd like, so next time I'd probably try using homemade pie crust, but still baked instead of fried. 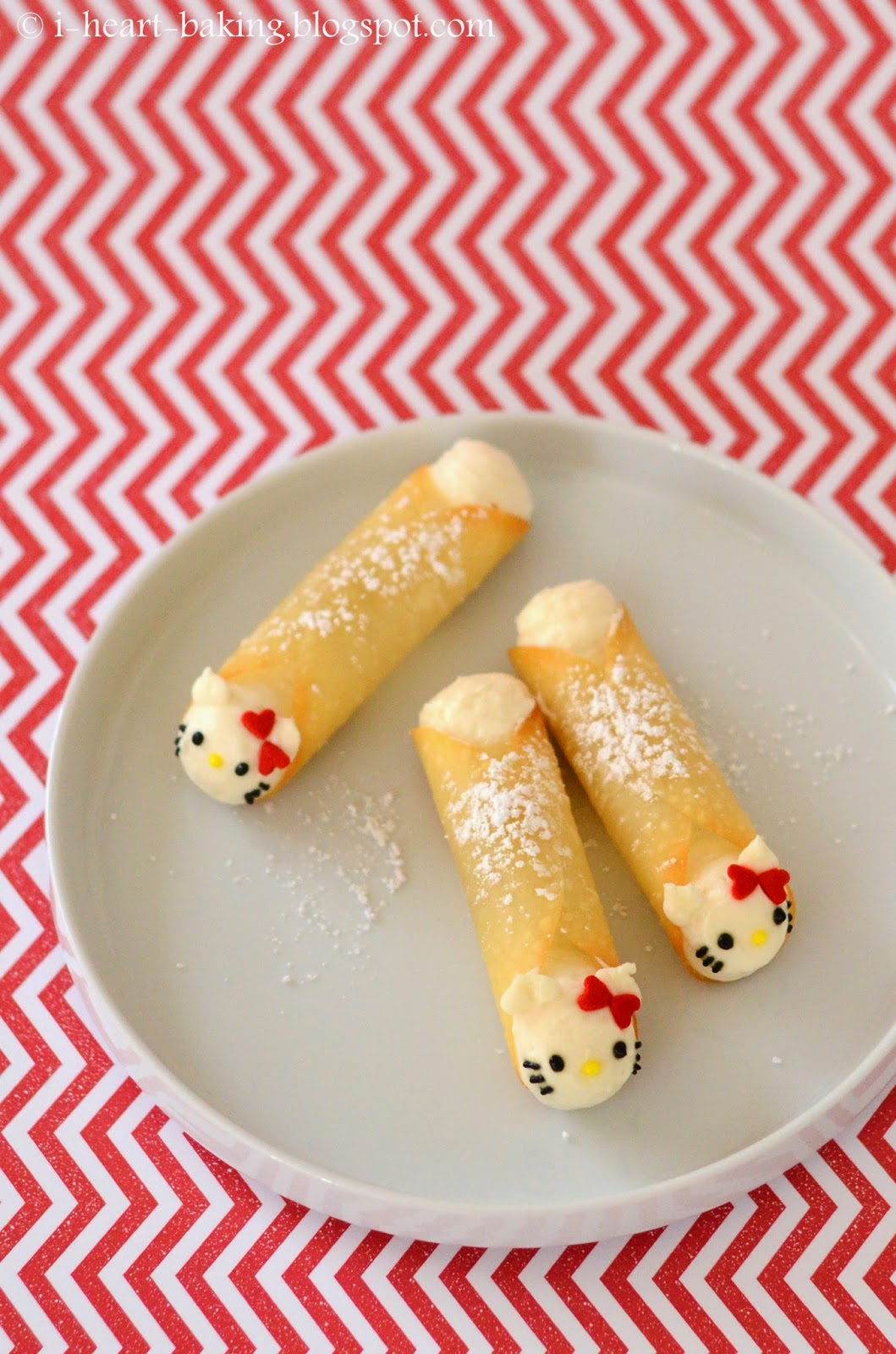 These cannoli were originally going to be in my book, The Hello Kitty Baking Book, but they didn't end up making the final cut. However, they are still a fun, cute, and easy dessert to whip up!
Posted by michele at 10:00 PM