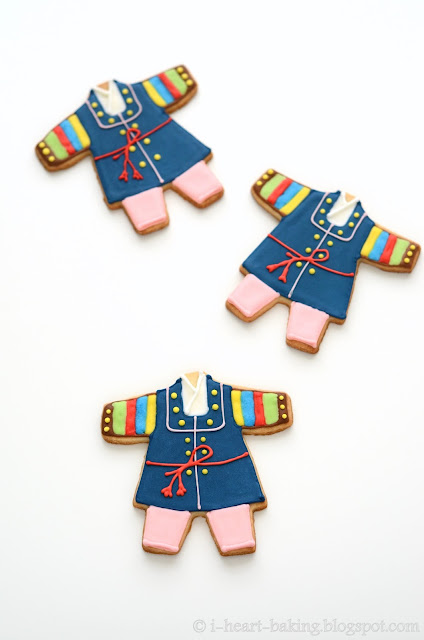 Along with the blue bunting smash cake that I made for my friend Irene's son's first birthday party, I also made these Korean hanbok cookies! Irene was going to have a traditional Korean "Dol" table set up, so we thought it would be adorable to have plated Korean hanbok cookies (colored to resemble her son's Korean hanbok outfit for the party!)

I of course did not have a hanbok cookie cutter, so I asked my hubby to make me another custom copper cutter (yay hubby!). Armed with my shiny new cutter and a few batches of my favorite sugar cookie dough (recipe in my book, The Hello Kitty Baking Book), I cut out my shapes, baked them at 350F until golden (about 10-12 minutes), and let them cool. 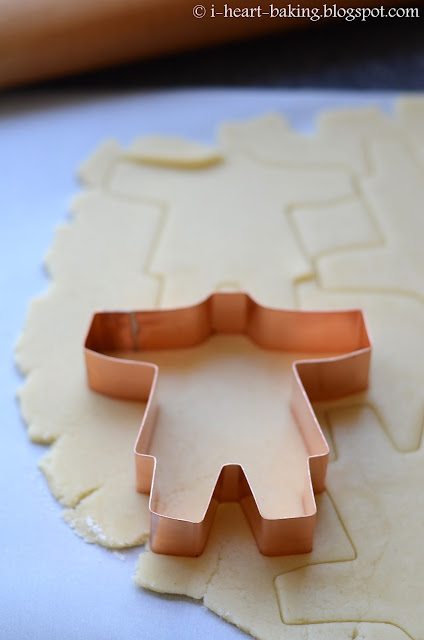 Once the cookies were cool, I started on the royal icing (recipe also in my book). I tinted the majority of it navy blue (Americolor royal blue gel coloring, along with a few drops of super black and violet), and piped the outline of the vest with stiff navy icing. 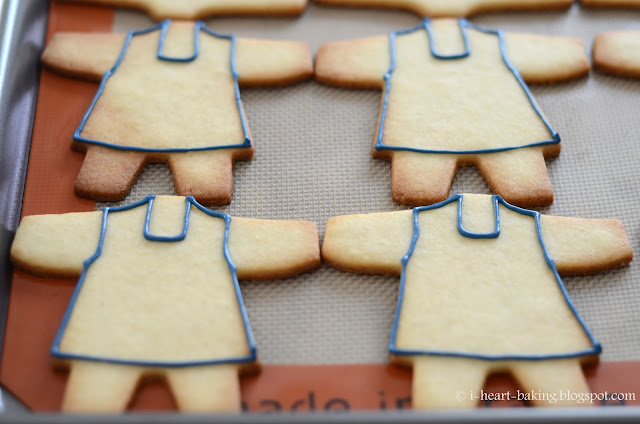 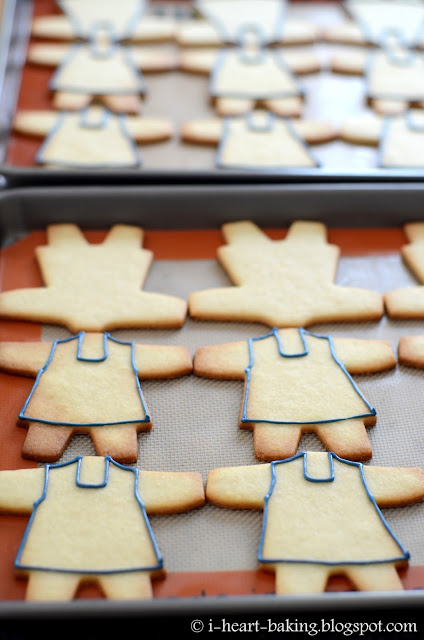 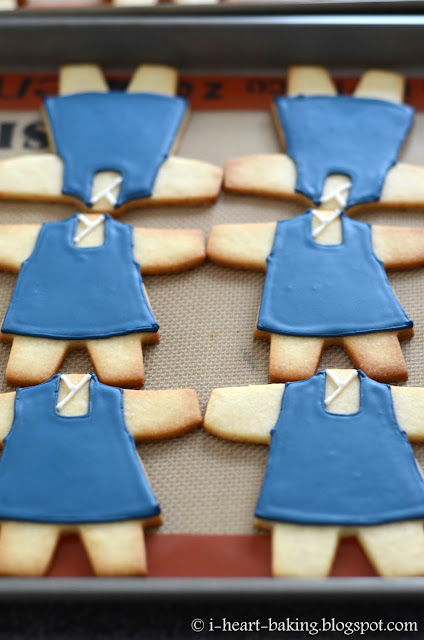 Next I used stiff pink icing to outline the pants and a bit of detail on the vest, and then filled in the pants with runny pink icing (by the time I started on the next set of icing details, it was dark out so please excuse badly lit pictures!). 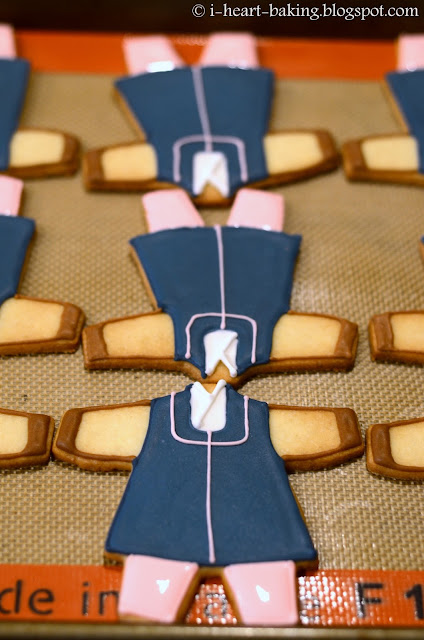 Next I outlines the sleeves with stiff brown icing, then added yellow dot details along the vest, as well as a yellow stripe and red stripe on the sleeve (done with medium stiffness icing). 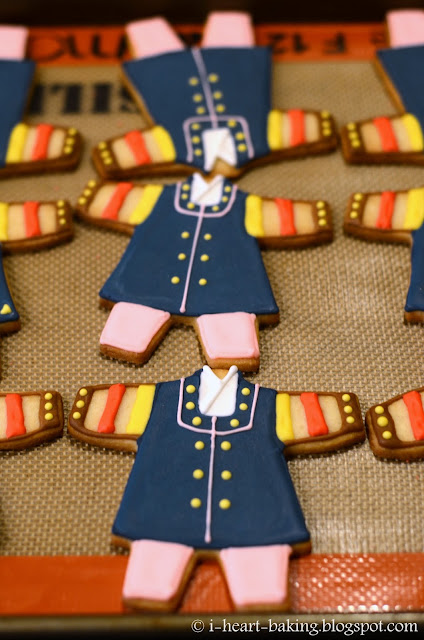 To finish the rainbow sleeves, I filled in the remainder of the stripes (blue and green medium icing), and used red stiff icing to pipe a sash-style belt. And then (several hours later) it was done! 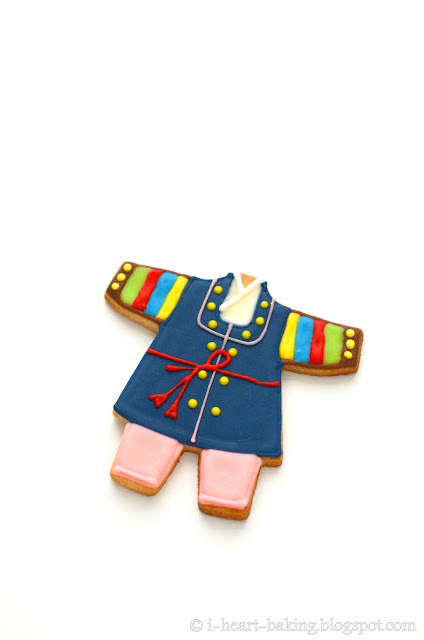 They came out better than I had expected! 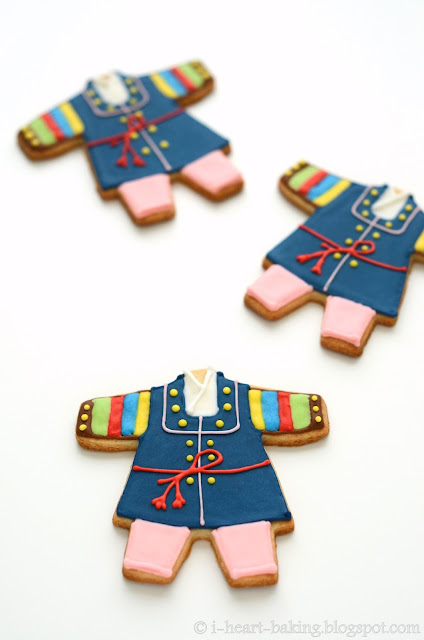 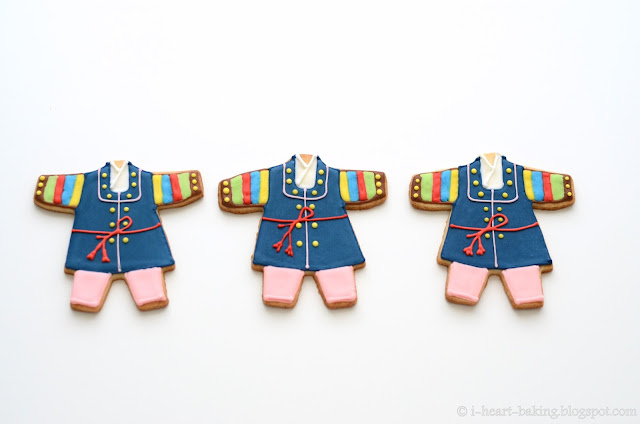 I'll leave you with a few pictures from the party ...

... and I of course had to include a picture of little Aaron in his adorable Korean hanbok outfit, with his matching cookies! 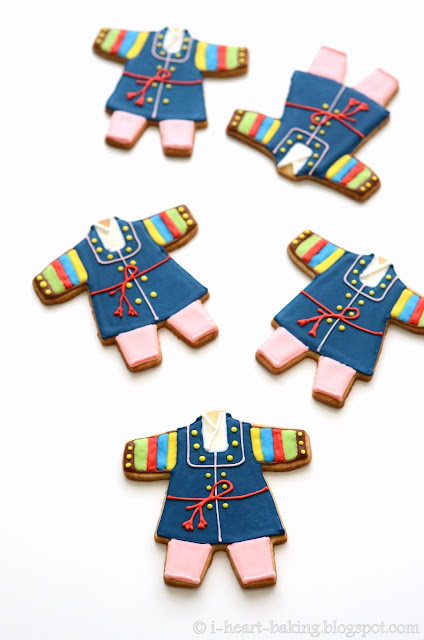