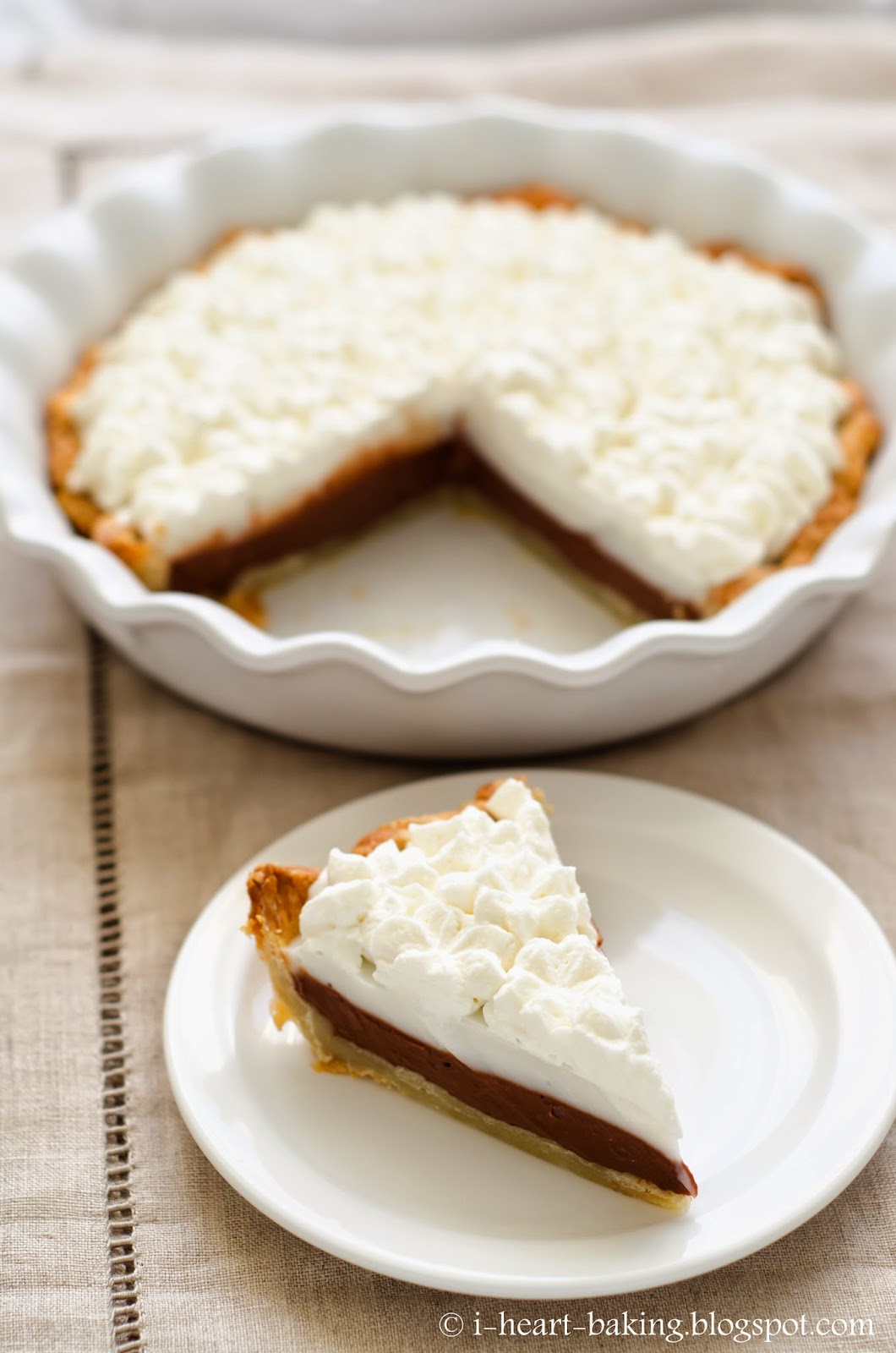 Last year for Thanksgiving, I didn't make my usual pumpkin pie. Not even my Hello Kitty pumpkin pie! My in-laws were in town visiting from Hawaii, and I was in the mood for chocolate haupia pie. So I decided to make it for our Thanksgiving dessert!

If you've never had haupia, its a Hawaiian coconut dessert - kind of like a cross between coconut pudding and coconut jello. But it's delicious. And in pie-form, it's even more delicious! Especially when combined with chocolate!

For the pie crust, I made a half batch of my favorite pie crust (recipe in my book, The Hello Kitty Baking Book!). I rolled it out, placed it in a 9-inch ceramic pie pan, and let it chill. Then to bake it, I pricked holes all over the bottom of the crust with a fork, covered it with parchment paper, and filled it with pie weights (or in my case, dried beans). Then I baked it at 375F for about 15 minutes. Once the crust was out of the oven I removed the parchement and baking weights, and let it cool. Then I got started on the filling! 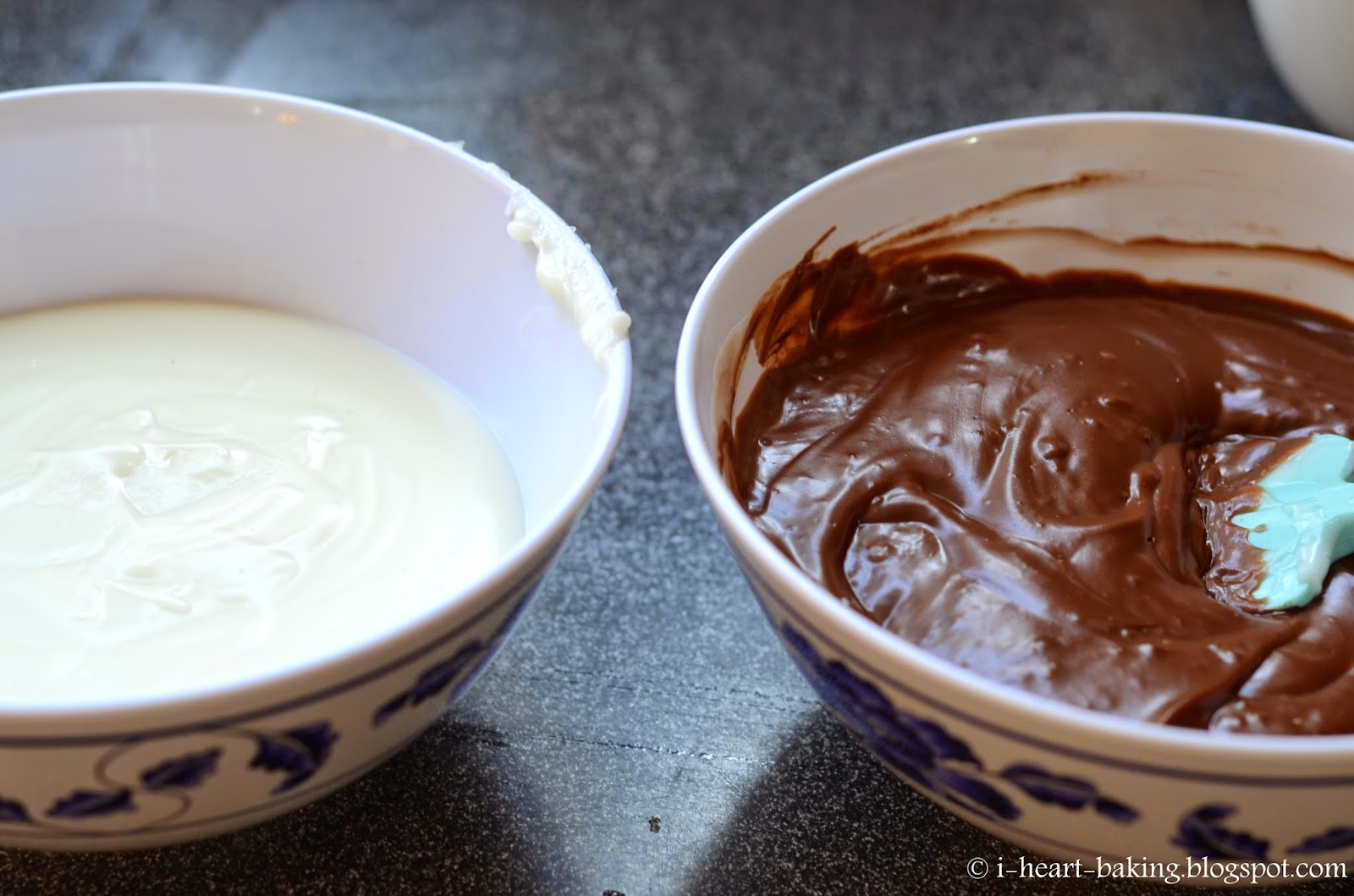 The filling consists of two layers - a chocolate coconut layer, and a coconut layer on top. But it's so easy because you basically just make the coconut filling, then divide it in half and mix in melted chocolate with one half of it. (I used the recipe here). Then you pour in the chocolate layer ... 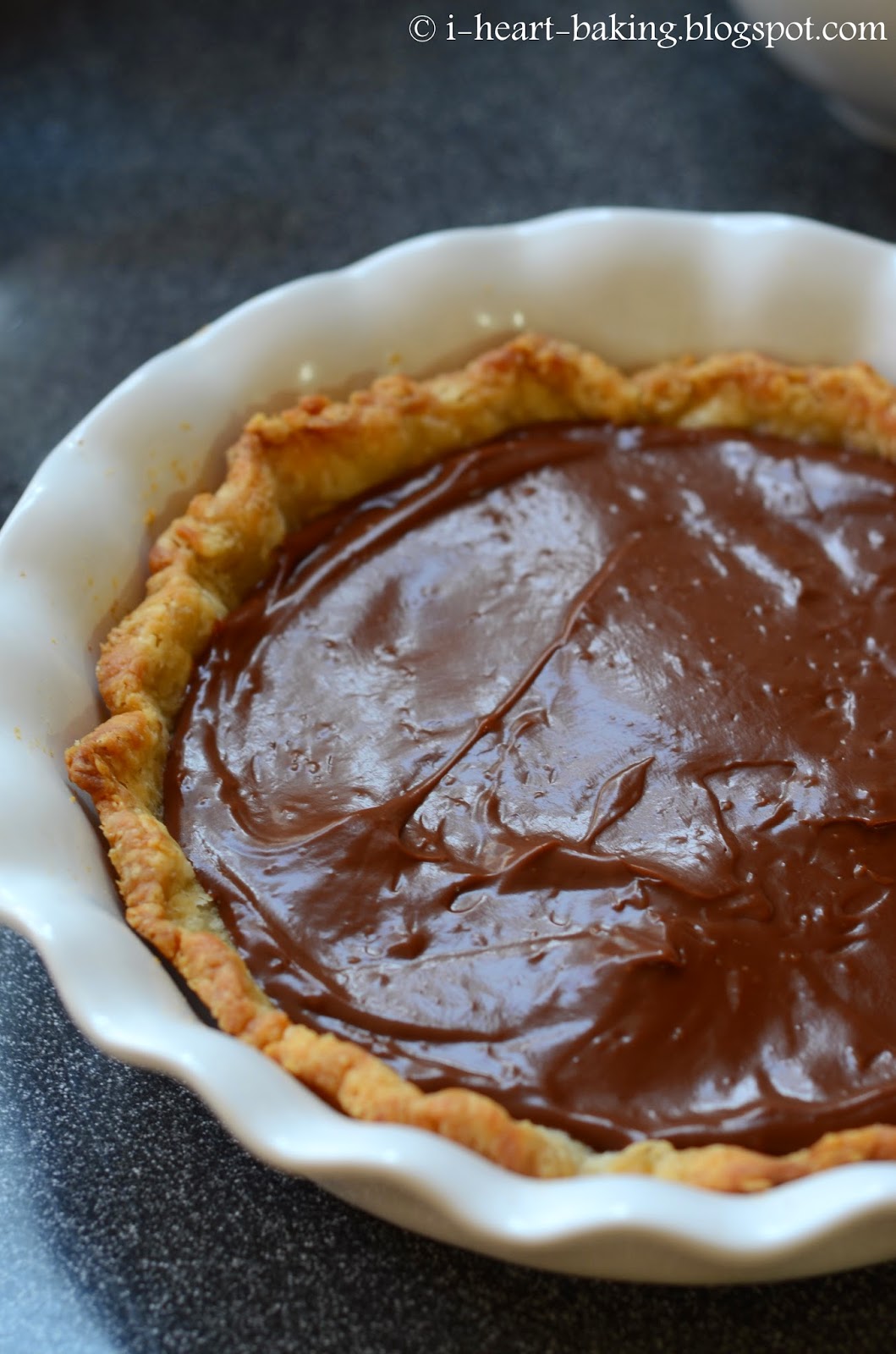 ... followed by the coconut layer. 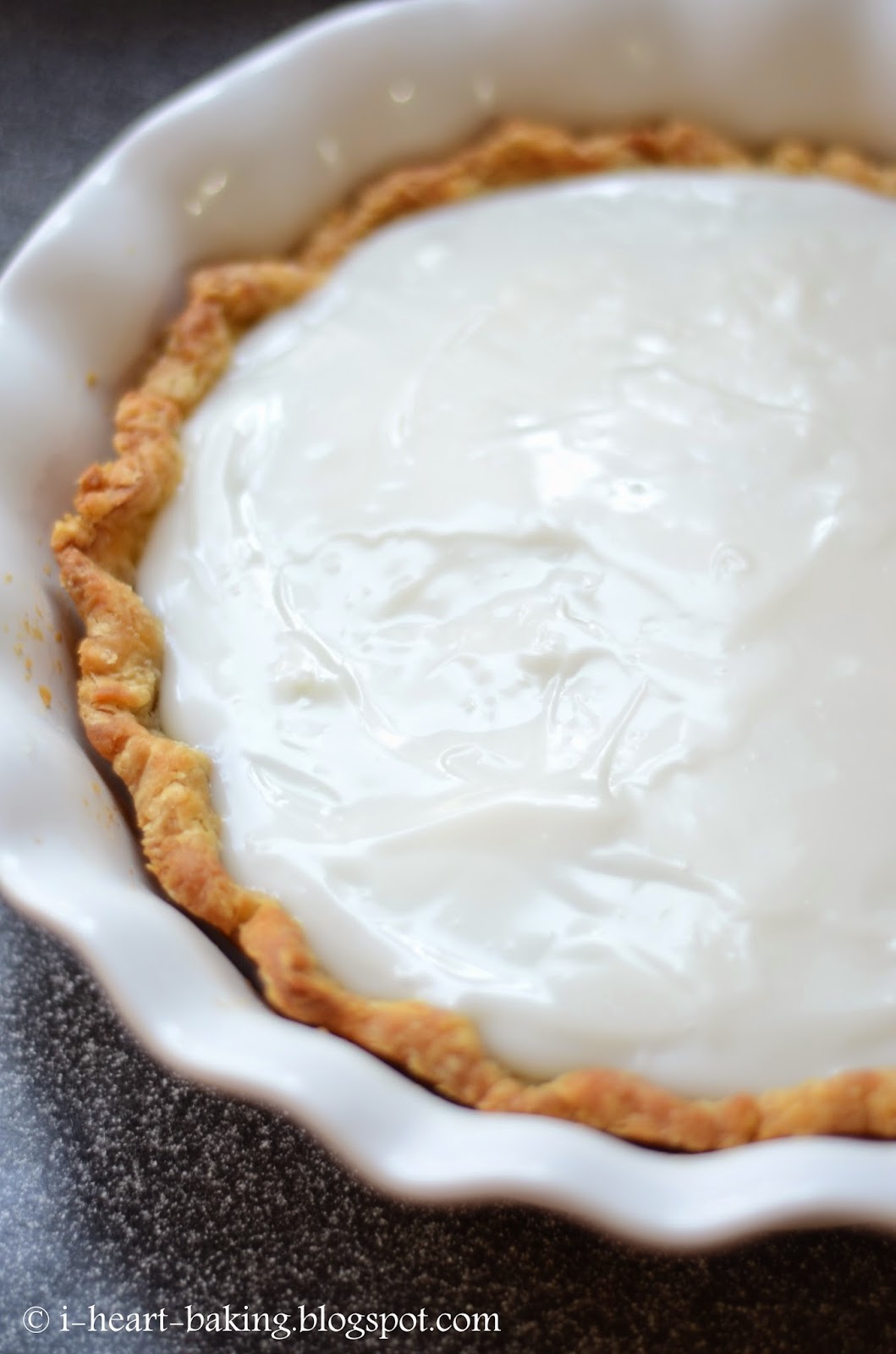 Smooth it out with an offset spatula. Then whip up a batch of freshly whipped cream (I like to flavor mine with confectioner's sugar and vanilla extract), and decorate the top of the pie with the whipped cream. You could just pour it on and smooth it out with an offset spatula, or you could fill a piping bag with a star tip, and pipe decorative stars or shells all over the top. (As you can tell, I chose the piping bag and star tip route, using this large star tip). 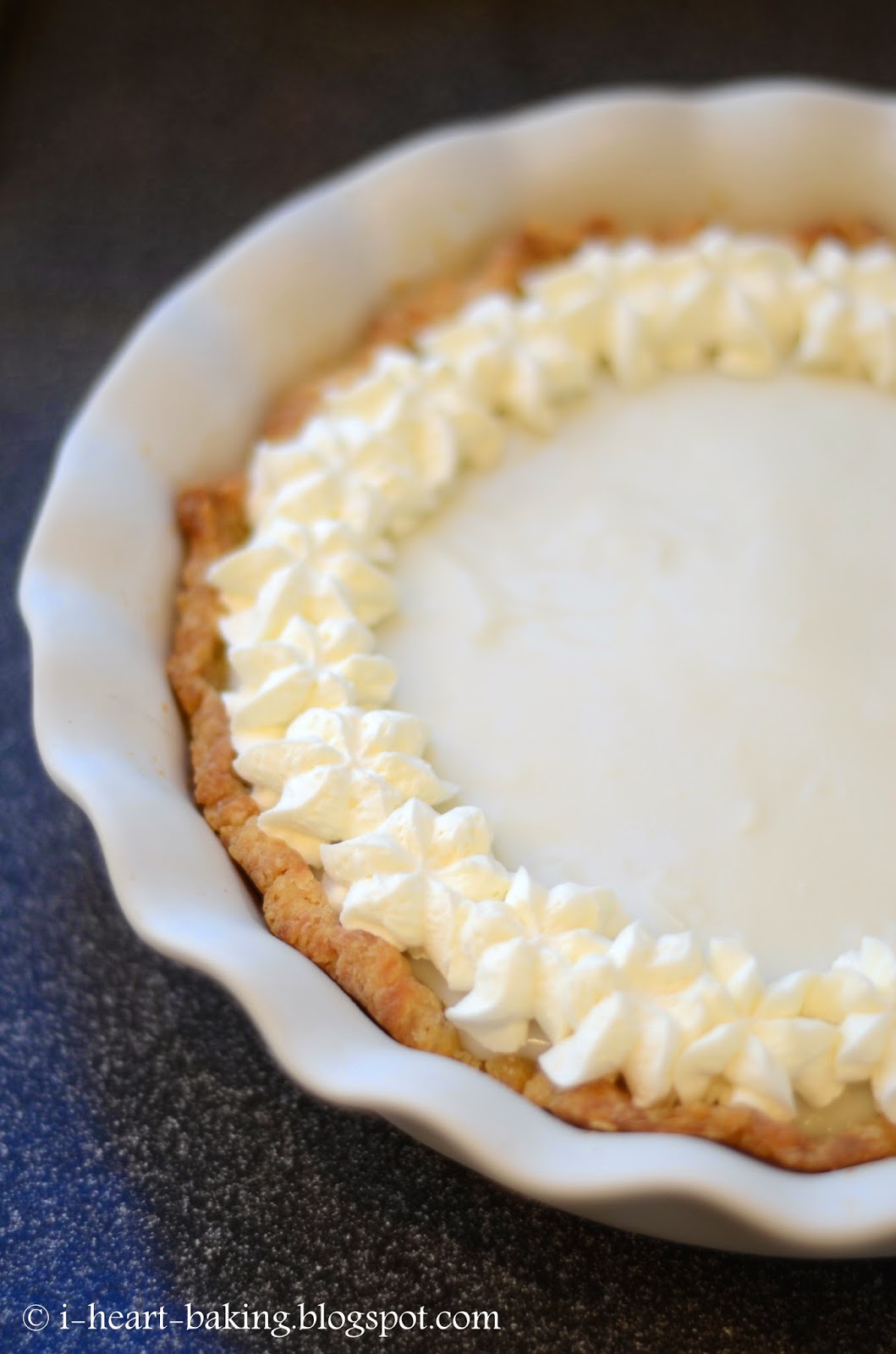 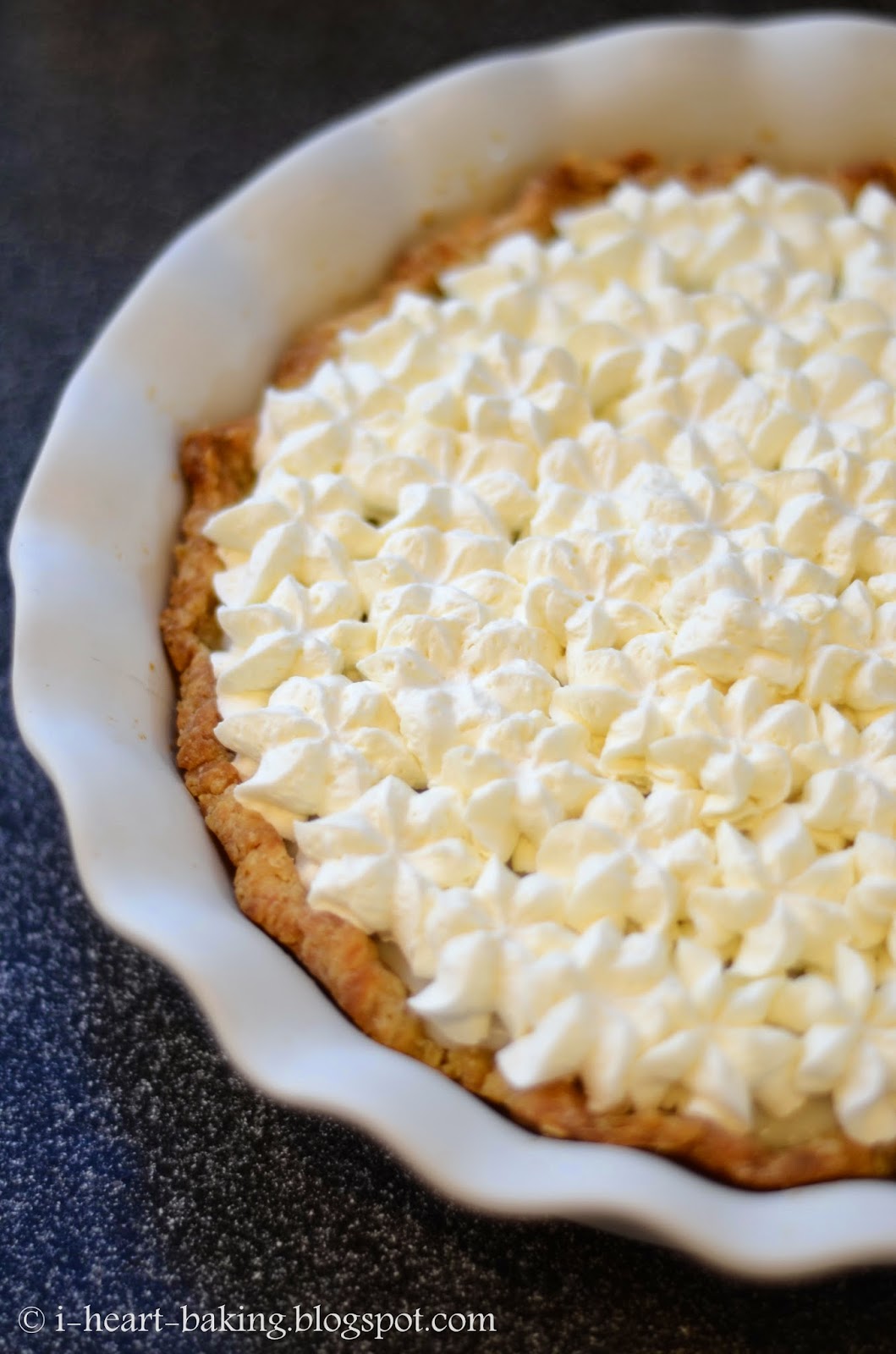 Then chill it in the fridge until ready to serve. Isn't it pretty? 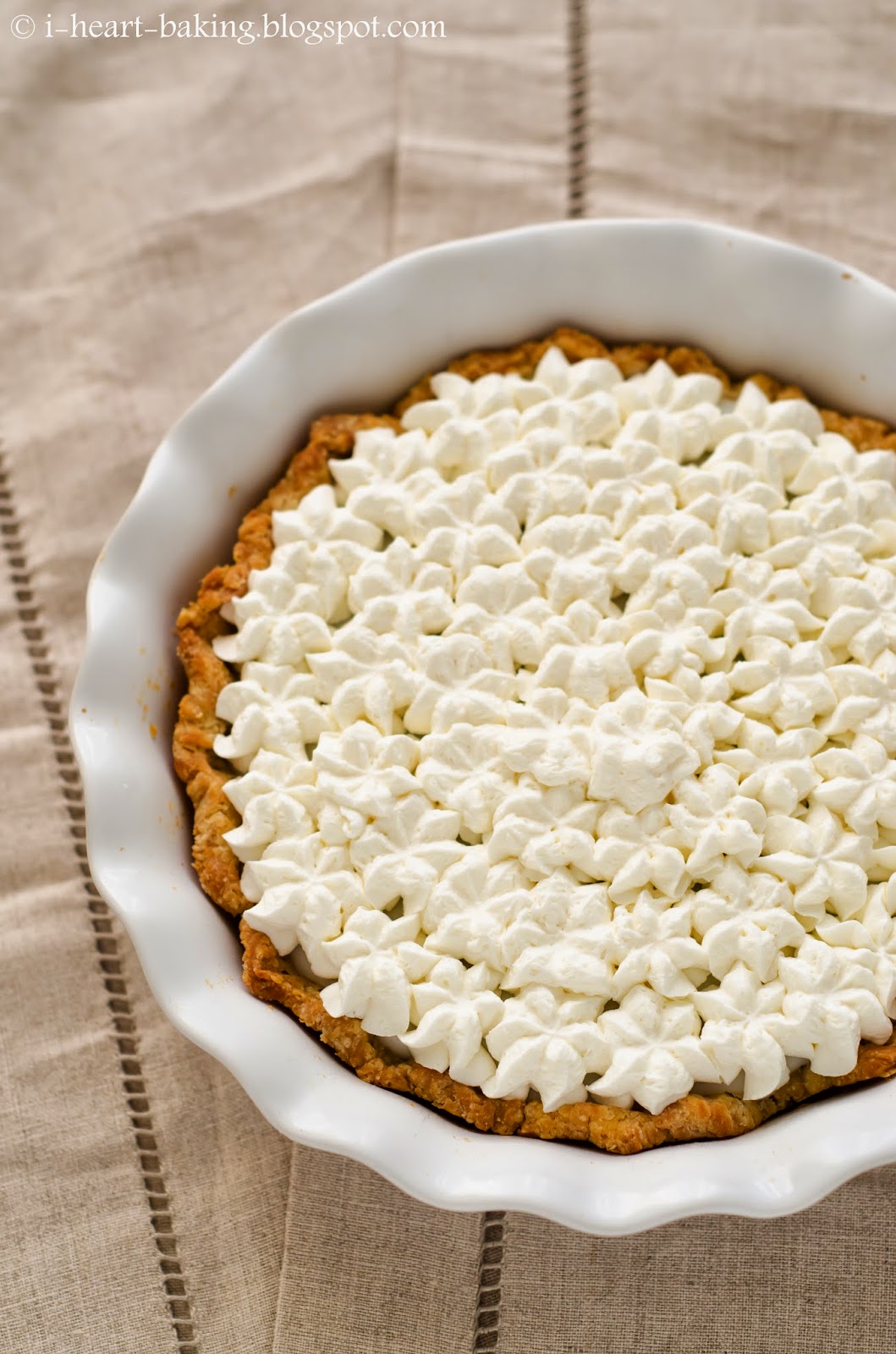 And check out the inside! 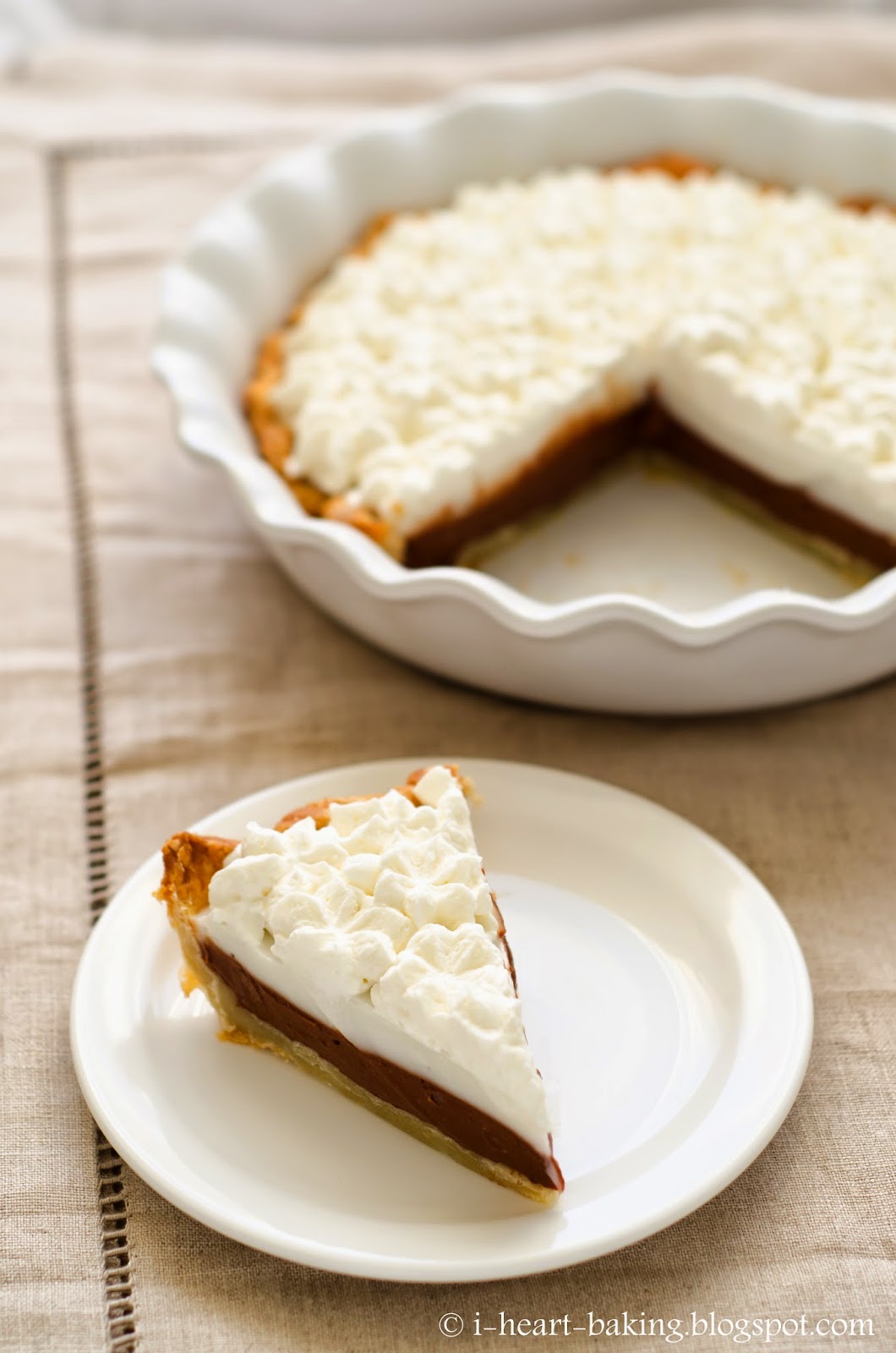 Hope you have a Happy Thanksgiving!!!
Posted by michele at 10:00 PM