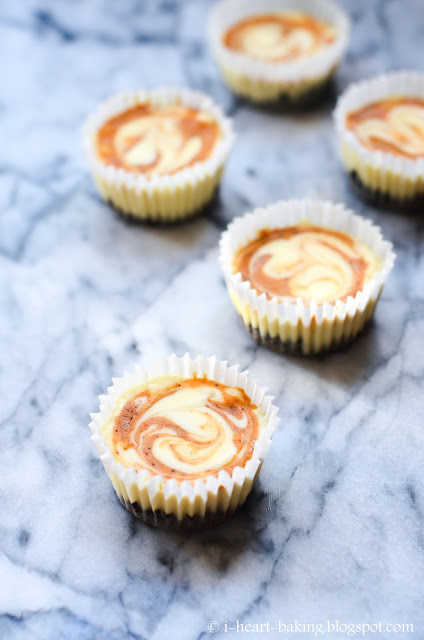 It's about that time of year where everything in pumpkin flavor starts to show up everywhere! And these are no exception. I made these mini cheesecakes for Thanksgiving last year, but I think they would be great around Halloween time as well!

It starts with an Oreo cookie crust, made with melted butter mixed with pulverized Oreo cookies (filling and all). I used this recipe from Crazy For Crust, but you could also do a graham cracker crust if you like. Just press the crust mixture into the bottom of a cupcake tin lined with paper liners. 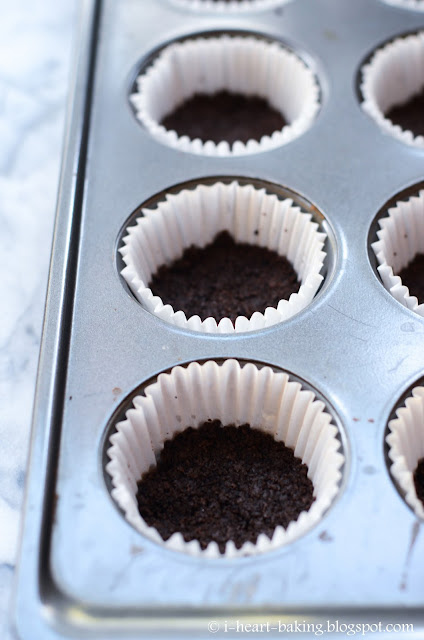 Next comes the filling! 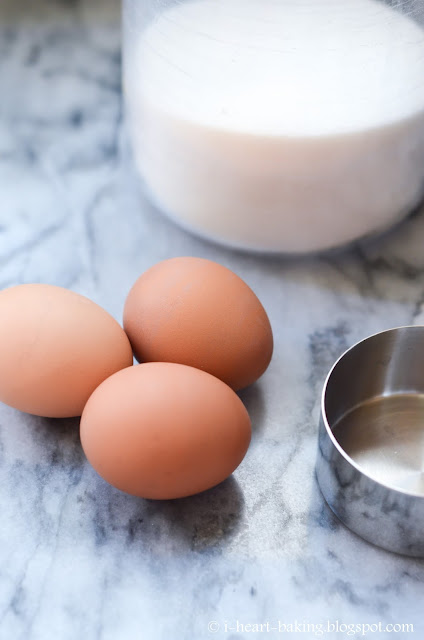 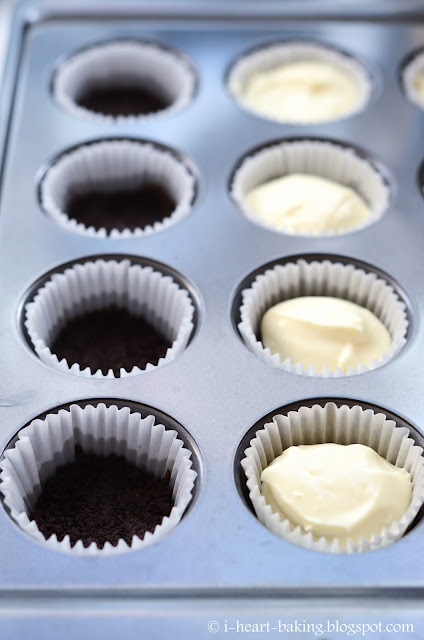 The basic recipe for the filling is in my book, except instead of topping the cheesecakes with jam after baking, I mixed a small portion of the filling with canned pumpkin puree, ground cinnamon, ground cloves, ground nutmeg, and ground ginger (you could also use pumpkin pie spice to make it easier). (See here for other filling options!) 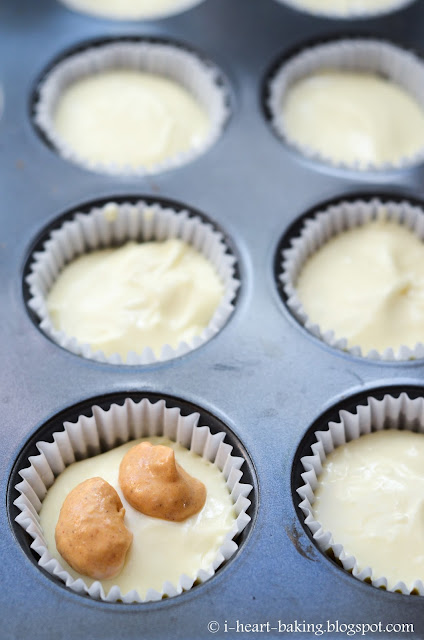 After adding a few dollops of the pumpkin mixture on the top of the filling, I used a toothpick to swirl it around into a pretty pattern. 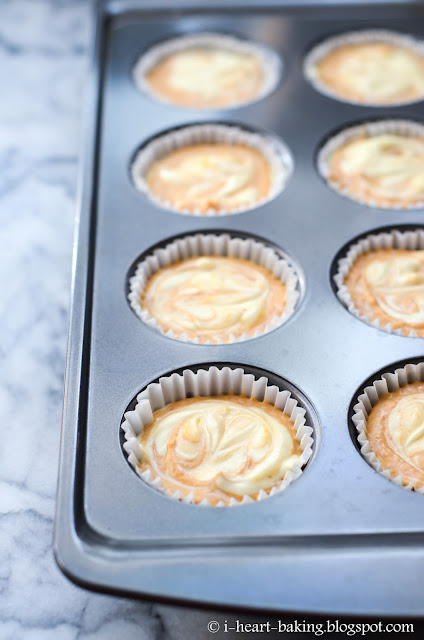 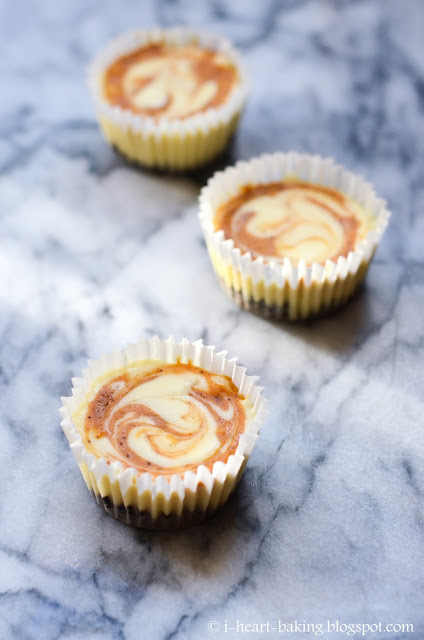 Then I popped them into the fridge to let them cool and continue setting, until it was time to serve them! 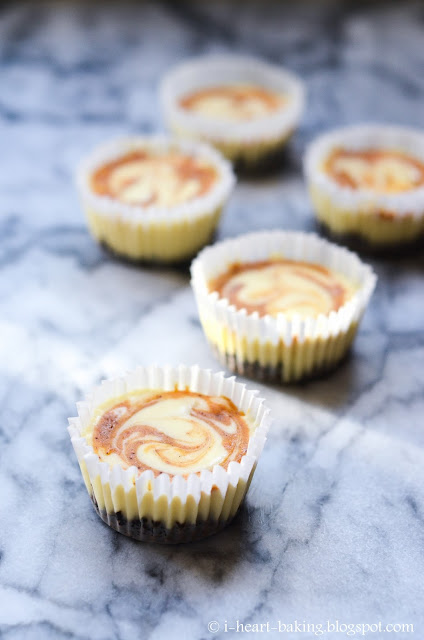 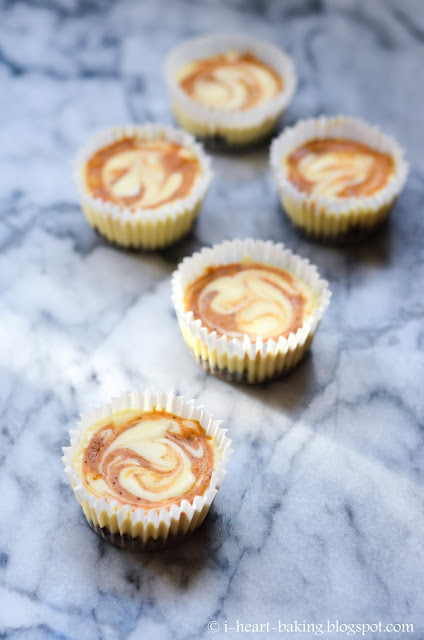 You could also use raspberry puree or blueberry puree instead of the pumpkin, but I think the pumpkin swirl is just perfect for this time of year! 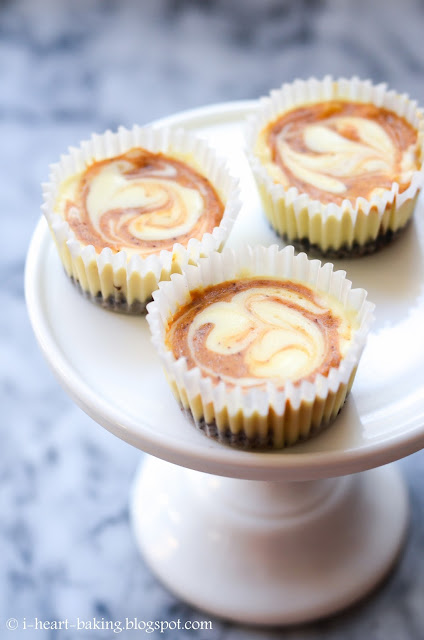