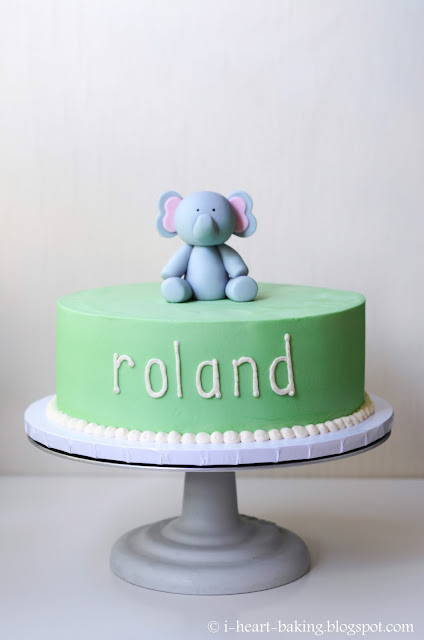 Last year for Doan's son's first birthday, I made this Circus/Carnival cake with a fondant lion topper, and this year she wanted a similar cake, but this time in green and with a fondant elephant on top!

A couple weeks before the party, I started on the fondant elephant, in order to give it enough time to dry. I used a bit of Super Black gel-based food coloring to tint my white fondant the perfect shade of gray (or so I thought), and formed the body, arms, legs, and a ball for the head. Then I use a toothpick in the center of the body, to firmly attach the head. 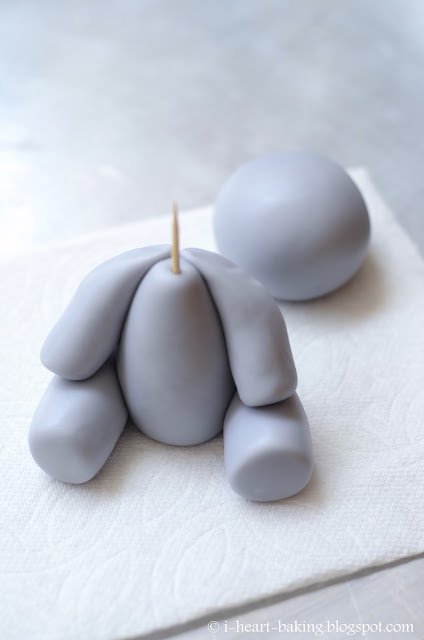 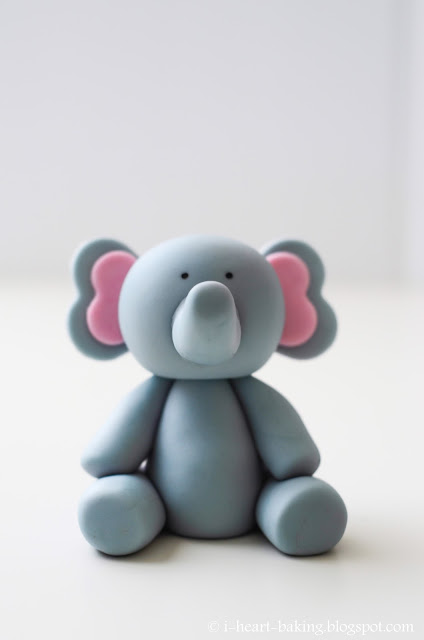 After a few days, I noticed a color change in my shade of gray. It was still gray-ish, but had much more of a blue tone. Hmm ... 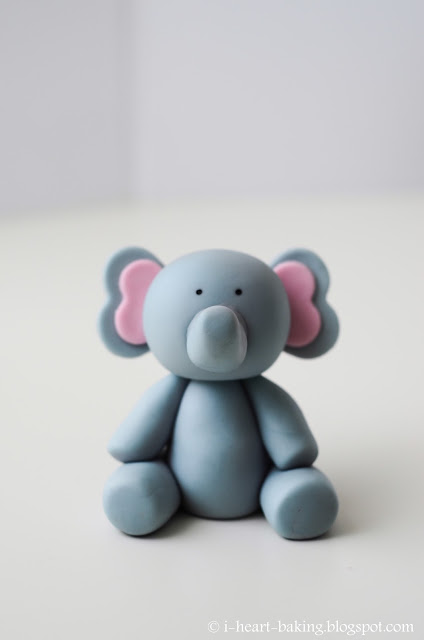 Anyway, moving on to the cake! The night before the party, I made two 10-inch vanilla cakes, which I sliced in half horizontally to give me four layers. As with last year's cake, I filled each layer with freshly whipped cream and sliced strawberries. 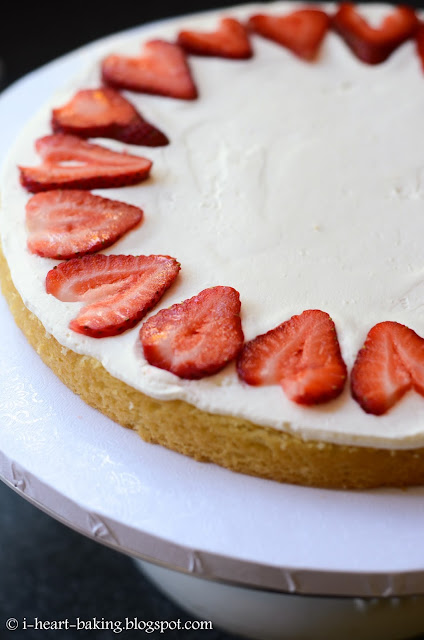 After stacking all four layers, I was ready to frost! 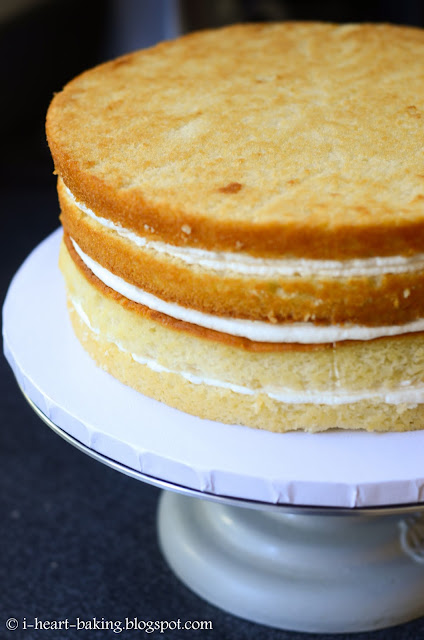 I whipped up a batch of buttercream, and tinted the majority of it green (I left a small portion of it white, to be used later). I did a quick crumb coat on my cake, then let it chill in the fridge for 30 minutes, and then did a final smooth coat. 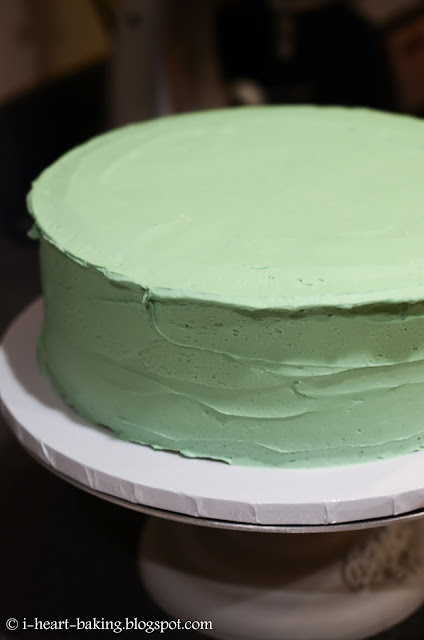 With the white frosting, I piped a beaded border around the bottom of the cake, and piped the birthday boy's name across the front. Then I let the entire cake chill in the fridge overnight. 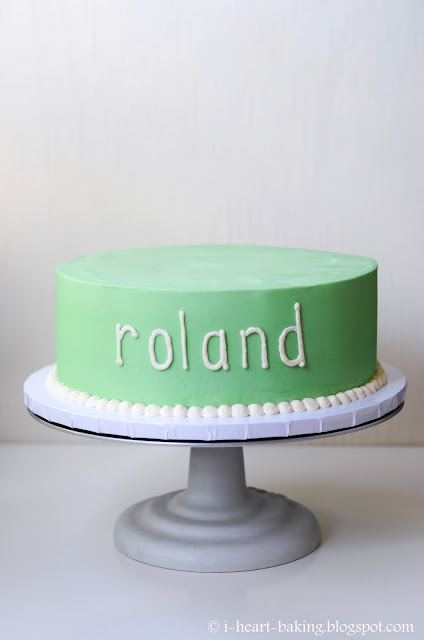 The next morning, it was ready for the elephant topper! By now, the elephant had taken on a strange blue/purple tinge. But at least he was still cute. :) 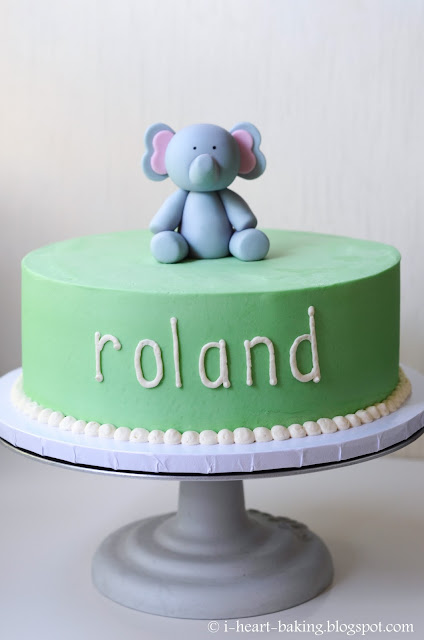 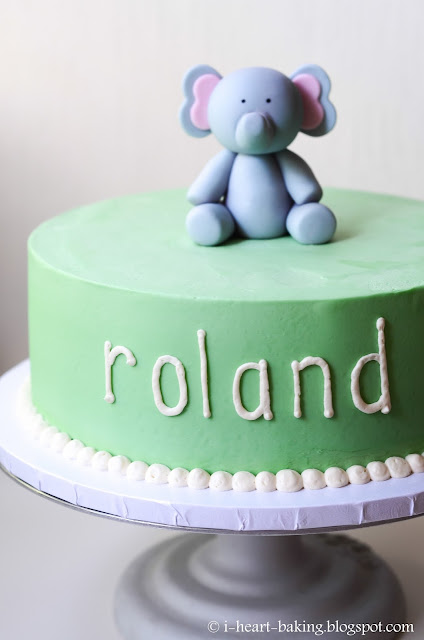