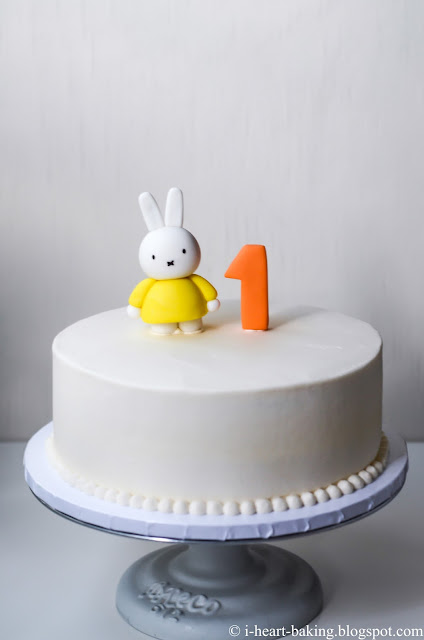 Sometime last year, I made this yellow ruffle cake and cat and onesie cookies for my friend Bernice, who was hosting a baby shower for her sister Tiffany. One year later, Tiffany asked me to make a cake for her baby daughter, who was turning one! How fast time flies!

Tiffany already knew she wanted a miffy cake, and she wanted it to have rainbow insides. After a few emails back and forth, we decided on a design - just a plain white cake with a fondant miffy on top, wearing a yellow dress, next to a fondant orange #1. I couldn't wait to get started! 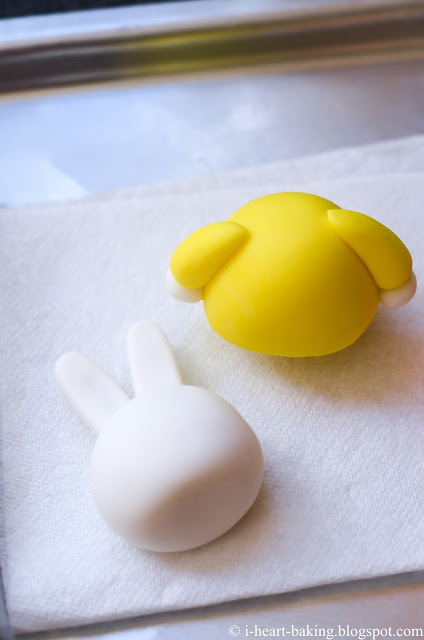 I began making the fondant miffy a couple of weeks before the party, so that it would have time to dry before going on top of the cake. I used white fondant to roll out shapes for the head and ears, and then used a combo of golden yellow and lemon yellow to color fondant for the dress before shaping them out. I let the pieces dry for a couple days so that they would retain their shape, and then used a toothpick to connect the head to the body. 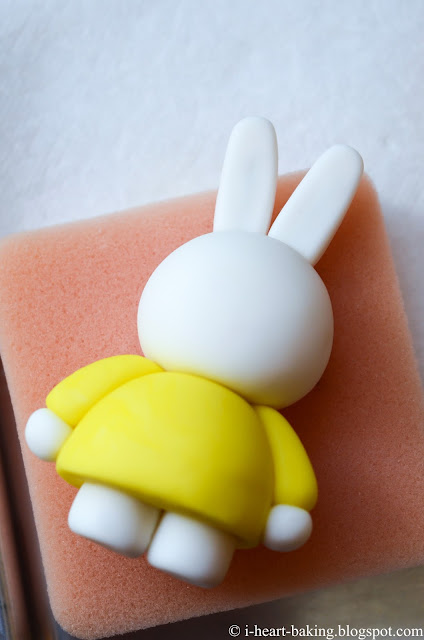 Once assembled, I used an edible marker to add the details to the face. 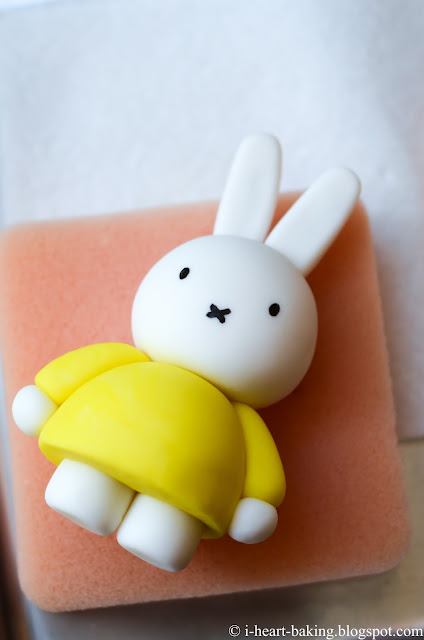 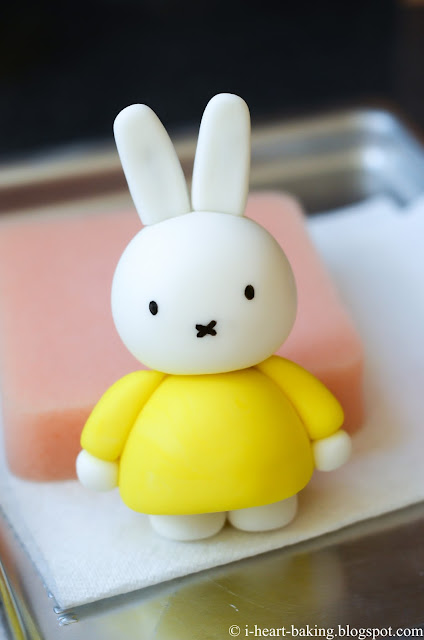 I also made a quick #1 out of orange fondant, and stuck a toothpick in the bottom so that I could later easily secure it to the top of the cake. 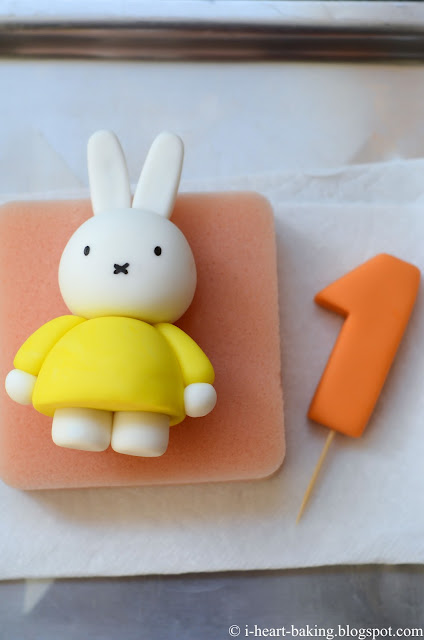 Then the night before the party, I made the cake. Tiffany wanted rainbow layers, but not too many laters so that it wouldn't be so tall, so we stuck to just four colors. I made my favorite vanilla cake batter (recipe in my book, The Hello Kitty Baking Book!), divided it into four bowls, and colored each bowl of batter a different color (red, green, blue, and purple). Then I baked the colored batter in four different 10-inch round cake pans. 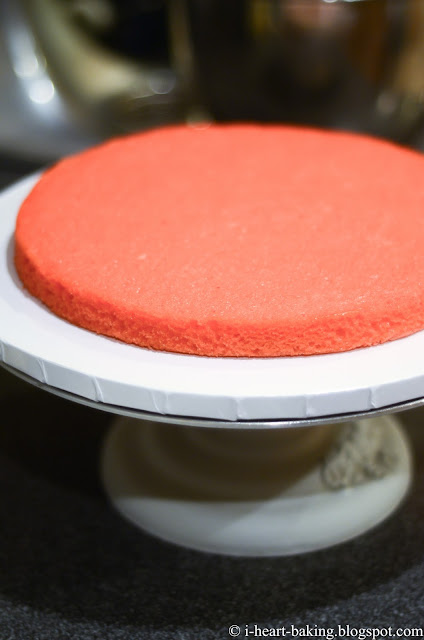 Once baked and cooled, I filled each layer with lemon whipped cream - freshly whipped cream to which I added lemon juice and lemon zest. 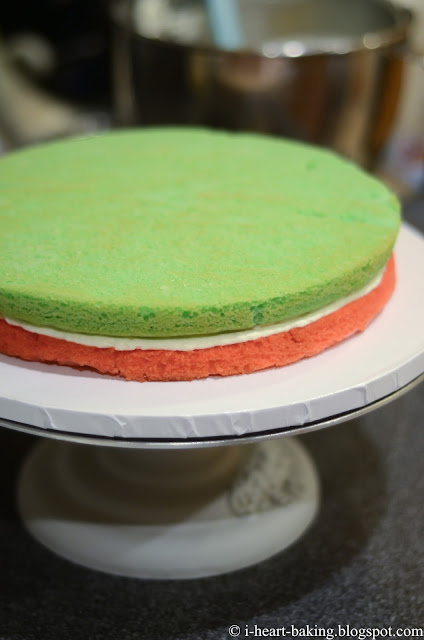 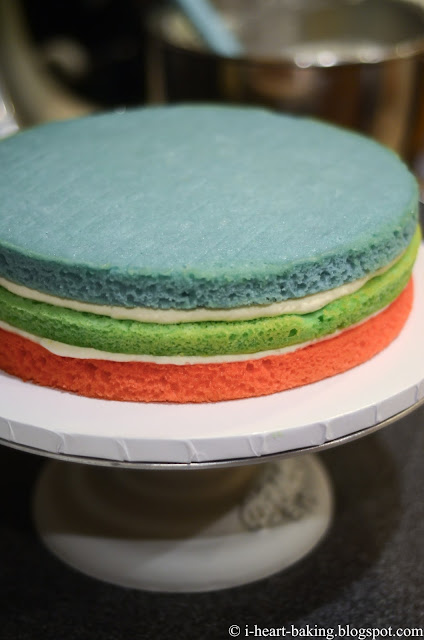 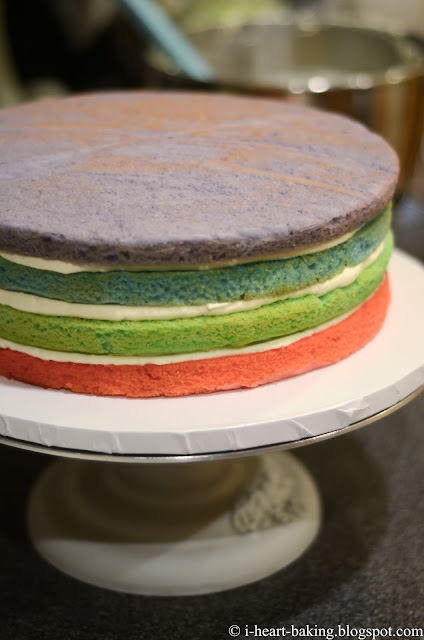 To frost the cake, I covered the top and sides with a quick crumb coat of buttercream frosting (recipe also in my book!), let it chill in the fridge for 30 minutes, and then did a final coat which I smoothed out with an offset spatula. 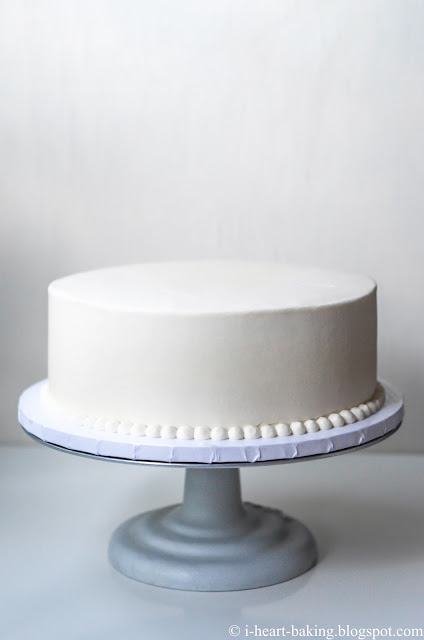 I also piped a beaded border along the bottom of the cake, using a disposable pastry bag fitted with a medium round tip. 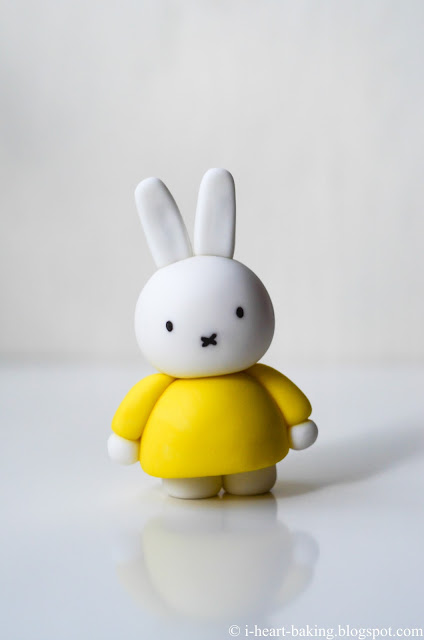 And the final step was adding the fondant toppers! 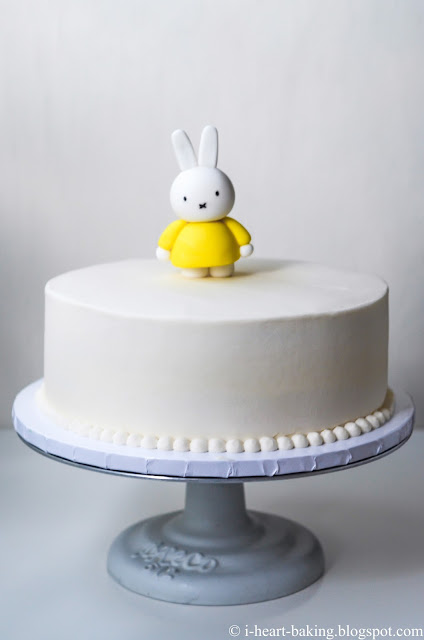 I used a bit of frosting on the bottom of the toppers to keep them in place. (At this point, Miffy was starting to lean a little bit, so next time I'll remember to put toothpicks in the bottom of my fondant figures before they dry, so that they can stay securely upright on the cake!) 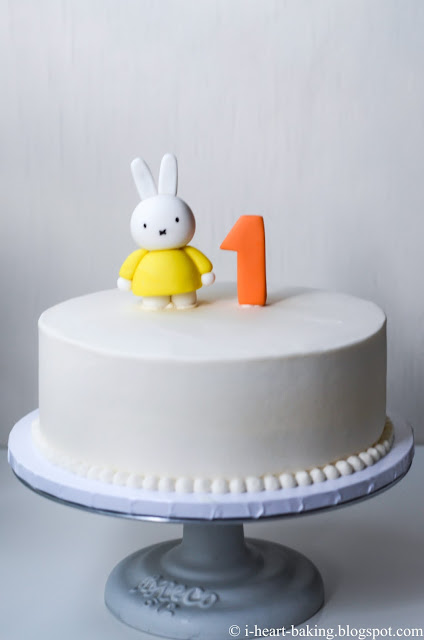 Tiffany was nice enough to send me a picture of the inside of the cake, after it had been cut. I love how it turned out (and I also just adore that rainbow bunting that she decorated with!) 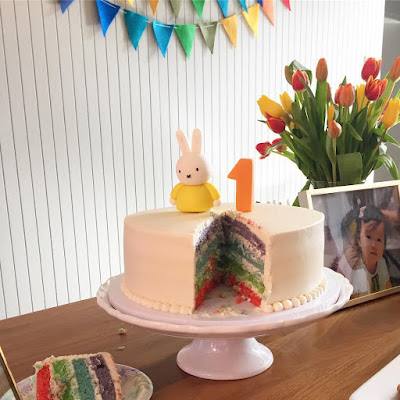