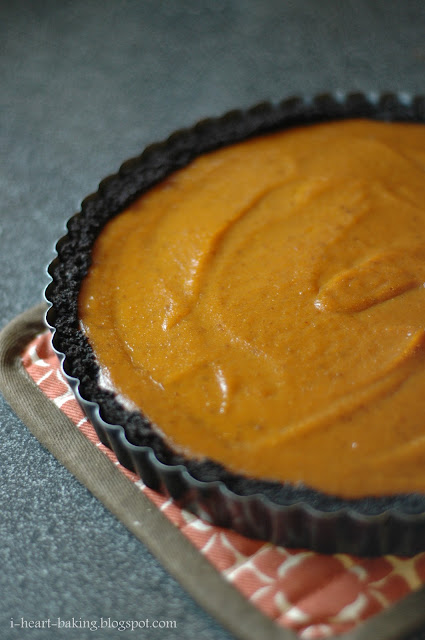 For Thanksgiving this year, I wanted to try something other than my usual apple pie and pumpkin pie.  So I thought I'd try two different takes on pumpkin pie - a chocolate pumpkin tart, and a pumpkin cheesecake.  Unfortunately, both experiments were not entirely successful. :(

For the chocolate pumpkin tart, I found a recipe at Everyday Food that looked simple and tasty.  It had a chocolate wafer cookie crust (or, Oreos in my case), a layer of melted semi-sweet chocolate spread over that, and then a layer of pumpkin pie. 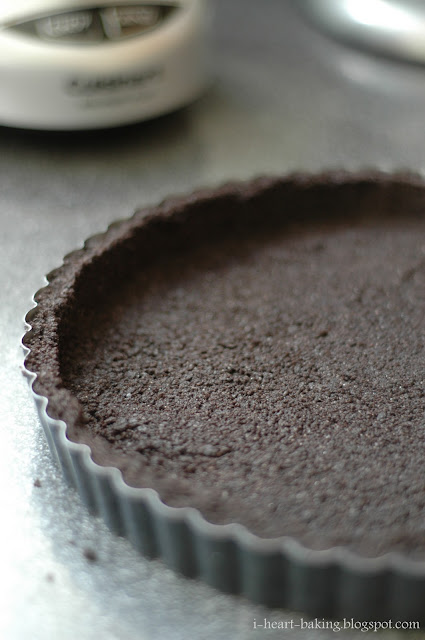 While the tart tasted good, the crust was way too crumbly and fell apart when serving (perhaps it needed more melted butter to hold it together?)  And the pumpkin pie layer was very thin compared to a regular pumpkin pie. 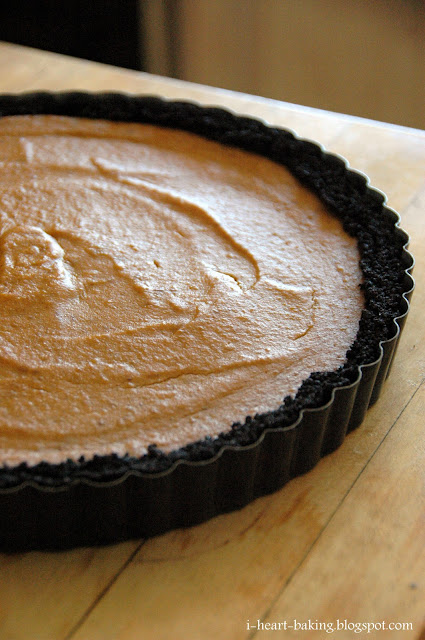 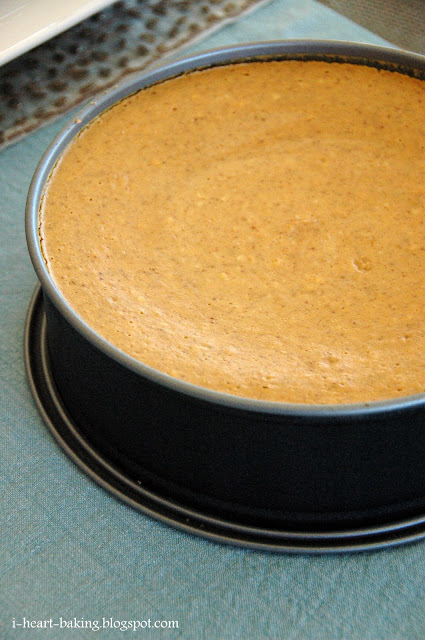 In addition, the recipe said to only spread the graham cracker crust on the bottom of the springform pan, but for some reason I decided to pack some onto the sides of the pan too.  I'm not sure why I did it but I regret it, because when I unmolded the cheesecake the sides were really ugly, craggly and uneven.  (I'm not even going to include a picture of the unmolded cheesecake, I'm too embarrassed!)

I think I'll try making the pumpkin cheesecake again for Christmas this year, and this time I'm going to just follow the recipe!
Posted by michele at 11:12 PM