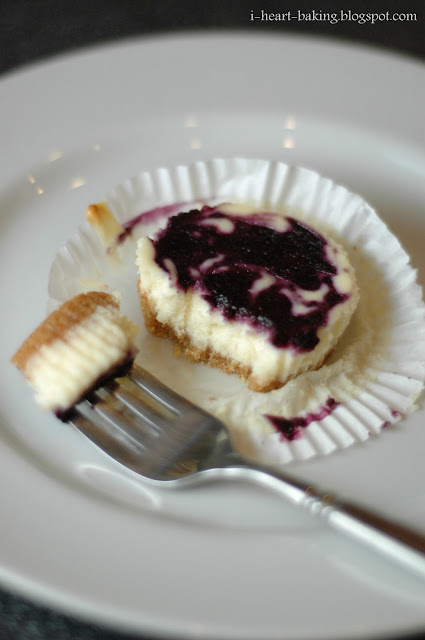 I recently made blueberry marbled mini cheesecakes for my coworker friend Kim's birthday.  I was initially going to make her something with matcha green tea since she loves green tea, but the same week of her birthday I had made a green tea chiffon cake for a baby shower at work.  So I decided on these individual cheesecakes instead, and that way she could take some home for her family too. 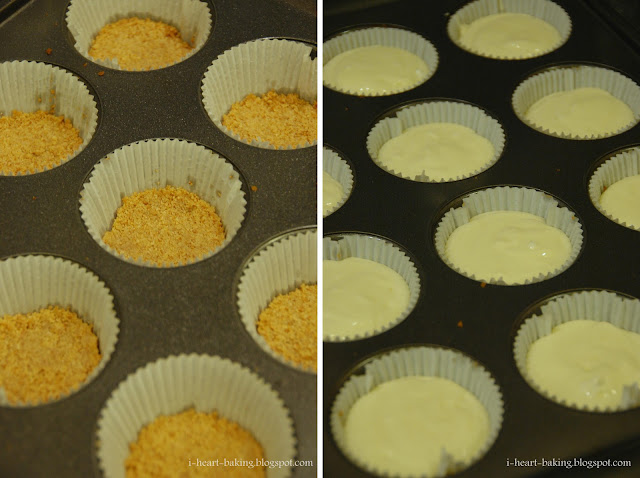 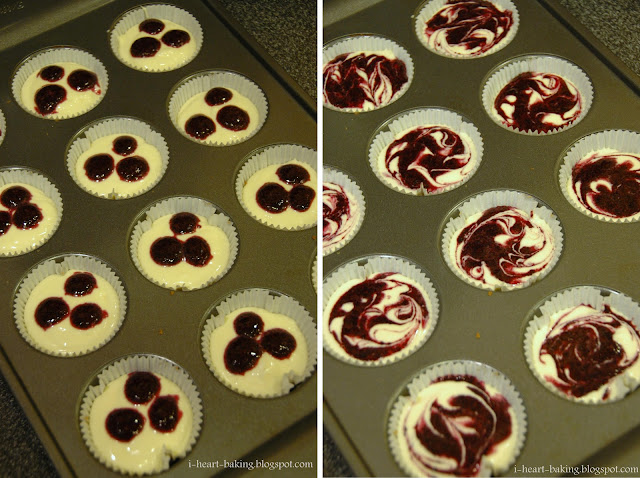 I found a recipe for raspberry marbled cheesecakes, and I just substituted the raspberries with blueberries instead.  The recipe tells you to bake the cheesecakes in a water bath, but I skipped that step, thinking they would be fine since they're mini cheesecakes!  I was wrong.  When I first took the cheesecakes out of the oven, they were beautiful and puffy, but after cooling they came out sunken in the middle.  So for the second tray of cheesecakes, I baked them in a water bath, and they came out much nicer!  After cooling they were flat and even, and not sunken at all. 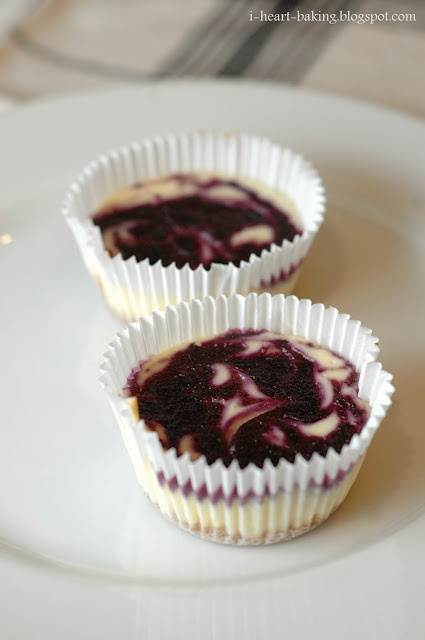 Happy Birthday Kim!  Sorry there was no green tea this time, but maybe next time I'll try making these again with match green tea swirls!
Posted by michele at 1:11 PM