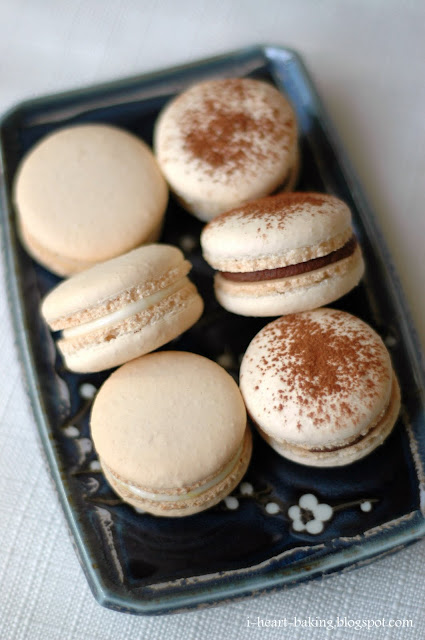 Grant's cousin Erin was in town last weekend, and we were planning on meeting her for a day at the zoo.  I wanted to bake something that we could snack on, and based on my knowledge that a) she loves macarons, and b) she loves lemon cupcakes, I decided to make lemon macarons. 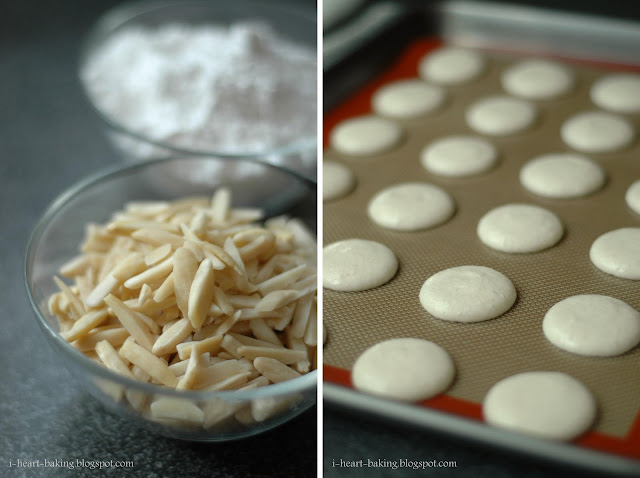 Instead of blanching and peeling my own almonds to make the almond meal with like I did here, I chose to use blanched slivered almonds instead, to save me some time.  (Of course, I could always buy ground almond meal itself, but where's the fun in that!) 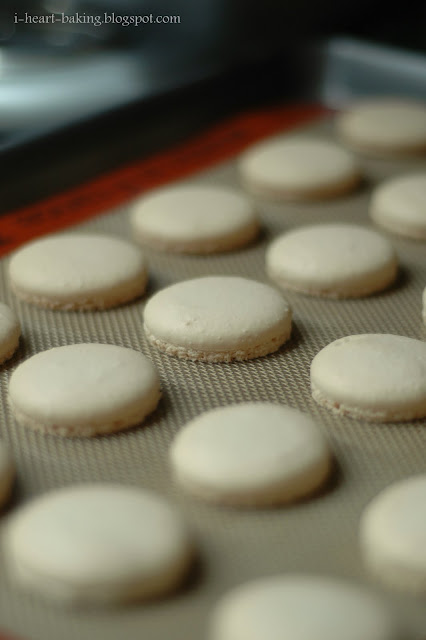 I decided that I wanted to fill half of them with something lemony, and then the other half I would fill with a chocolate ganache.  So I dusted a few of them with good cocoa powder - these would be the ones filled with ganache. 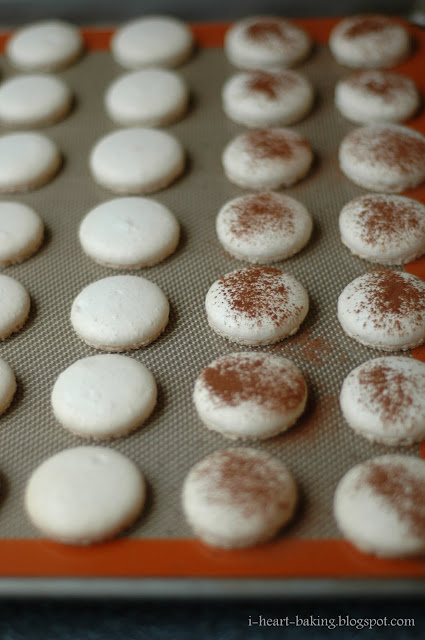 For the lemon macarons, I made a smooth cream cheese filling, and added a bit of fresh lemon juice and lots and lots of freshly grated lemon zest, to give it lots of lemony flavor. 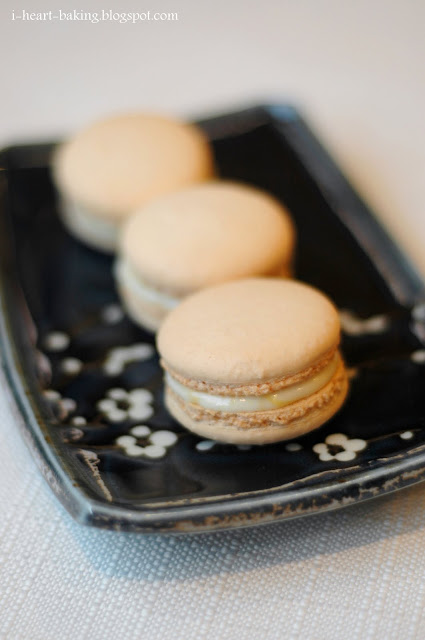 And for the ganache-filled macarons, I made a bittersweet chocolate ganache, which I whipped in order to make it more light.  This way the cookie itself could stand out more, instead of being overpowered by ganache. 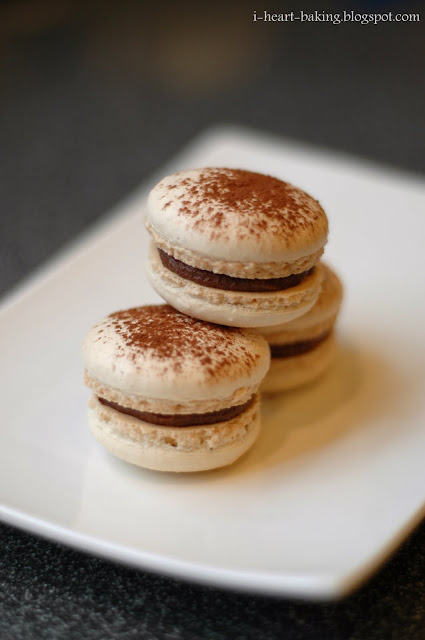 We ended up having a great day at the zoo, although we didn't snack on any macarons while we were there.  Instead, we had them prior to heading to the zoo ... as a pre-lunch snack, and a post-lunch dessert!  Hope you enjoyed them Erin! 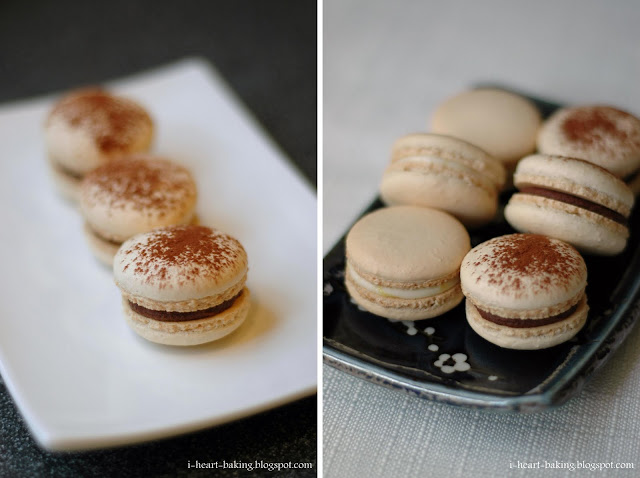