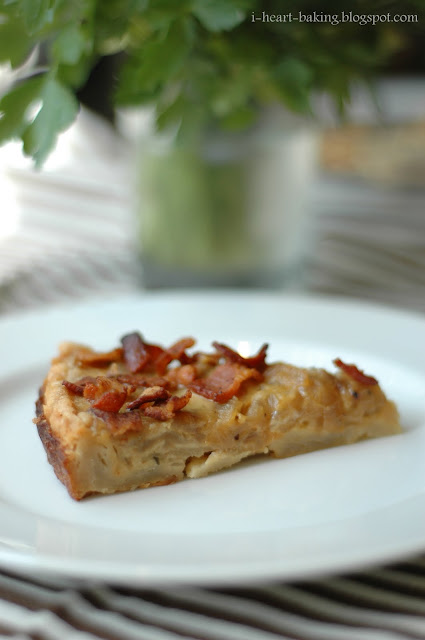 I saw this recipe for french onion and bacon tart from America's Test Kitchen, and my mouth started watering.  So I had to make it.  It's kind of like a quiche, but it doesn't have as many eggs as a quiche would have.

For the pie crust, I used my favorite all-butter pie crust recipe, and pressed it into a 9-inch tart pan with removable bottom. I didn't have any pie weights for the blind baking, so instead I used mung beans, the only dried beans that I could find in the house.  (Sorry mom, these were the beans you brought to my house to make soup with!) 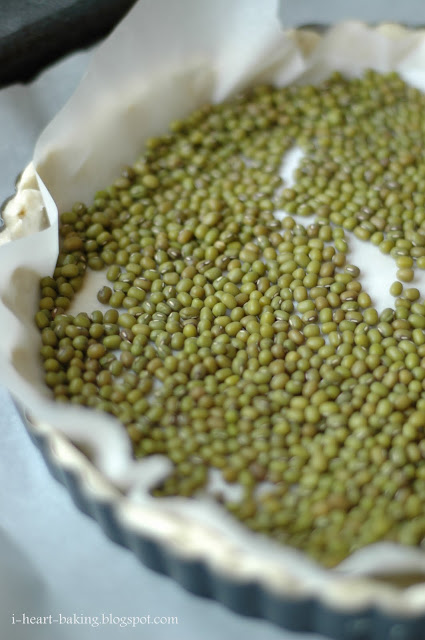 Next up was frying up some bacon. Yum!  Of course I had to snack on a few, because who can resist crispy, salty, delicious bacon when it's on a plate right infront of you! 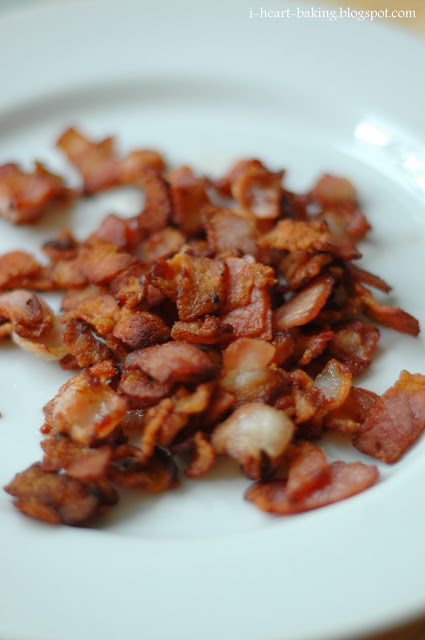 Then, I added sliced onions and fresh thyme to the pan with the rendered bacon fat, seasoned it, and let it cook until the onions were nice and caramelized. 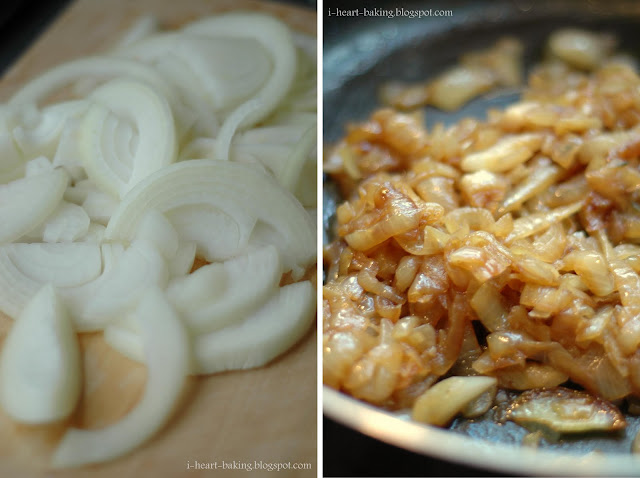 After letting the onions cool slightly, I combined them with a mixture of eggs and half-and-half, and then poured them into my baked tart shell.  The final step was topping the whole thing with the crispy bacon (what was left of the bacon, that is). 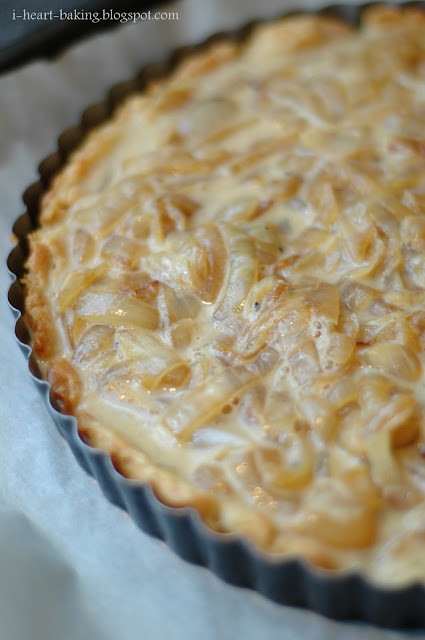 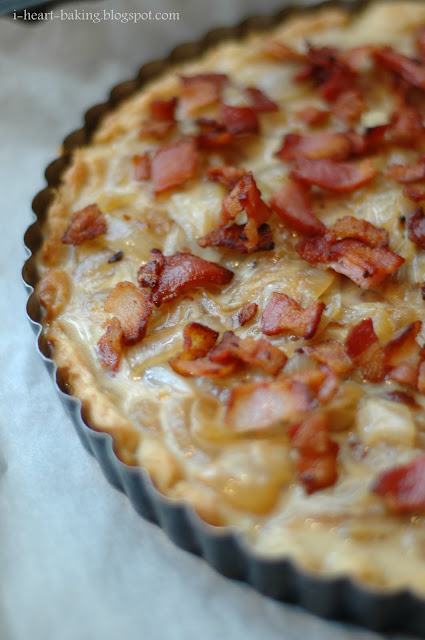 Then I put it in the oven and baked it at 375 F for about 25 minutes until it was set.  I let it cool for a bit, and then unmolded it from the tart pan. 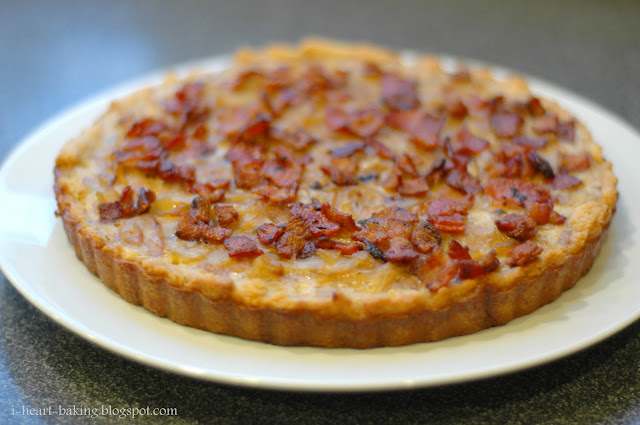 I have to say, this recipe makes one delicious savory tart.  The combination of flavors and textures is heavenly - flaky buttery crust, combined with sweet caramelized onions and creamy eggs, and crispy salty bacon to top it all off!  And the best part is that you could have it for breakfast, lunch, or dinner! 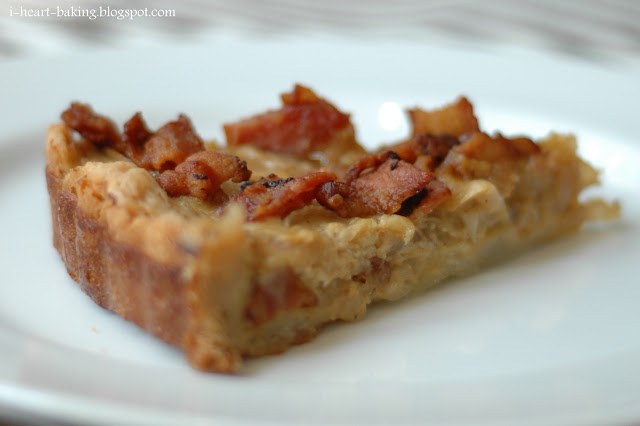