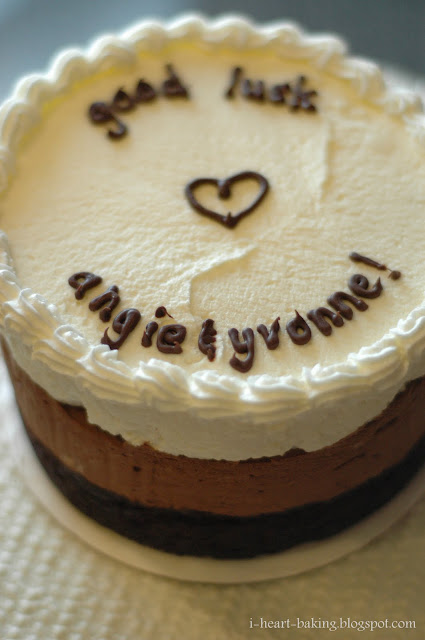 My cousin Angie flew in from Chicago last weekend, specifically to run in Bay to Breakers with a group of friends.  My other cousin Yvonne planned to run in it as well.  So on Angie's first evening in town, we all had dinner at my house.  For dessert, I made a triple chocolate mousse cake - a 6-inch version of the individual triple chocolate mousse cakes I made a few months ago. 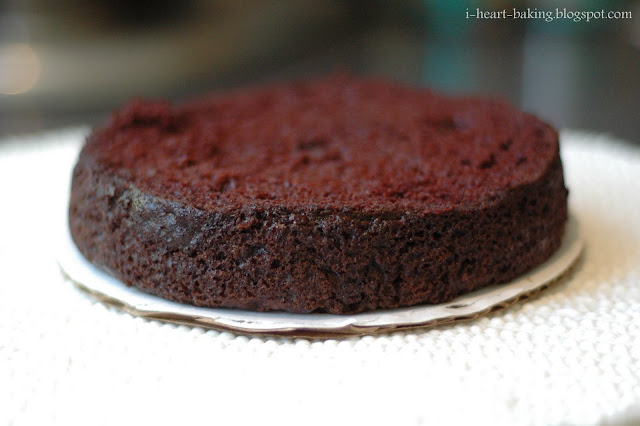 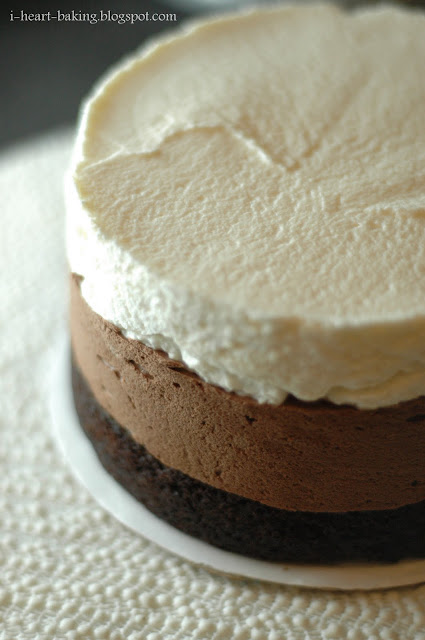 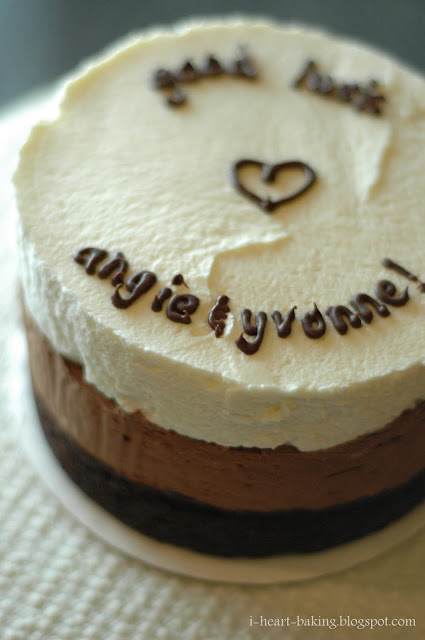 After I unmolded my mousse cake, the top edge was really wonky and uneven.  So I thought I would pipe on a nice shell border (to hide the wonkyness).  But, it only made the cake more ugly (sigh).  I had the urge to pipe a shell border on the bottom of the cake to even it out, but I resisted, as I have messed up cakes in the past by continuing to add things such as this. 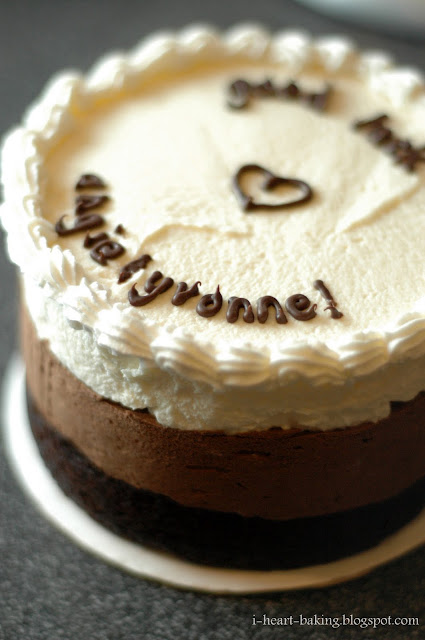 In the end, the cake tasted great, and that's all that matters, right? :) 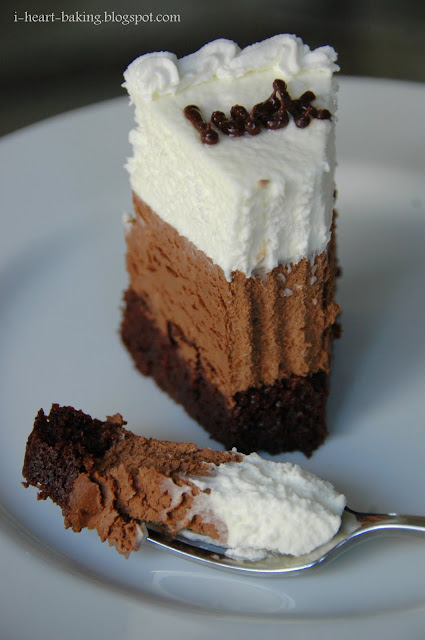 Hope you enjoyed it Angie and Yvonne!
Posted by michele at 10:39 PM