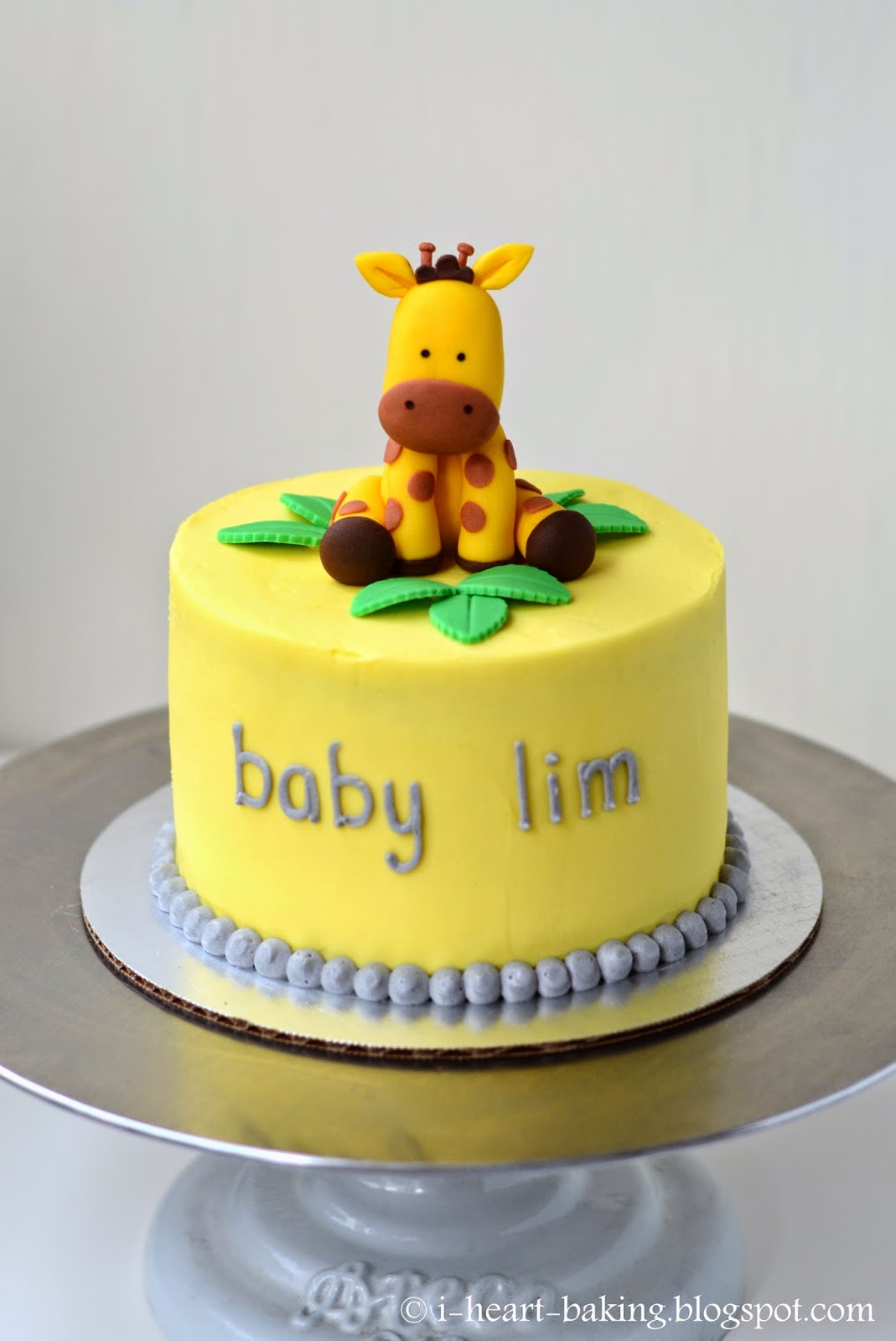 A few months ago, my neighbor and good friend Cindy was helping to plan a baby shower for one of her friends, and she asked me to make a small baby shower cake for the dessert table. It wouldn't be for the the 100+ guests to eat, rather a little cake for the parents-to-be to bring home and enjoy. Since the baby shower theme colors were yellow and gray, we decided on a 6-inch yellow cake with gray letters and piped beaded border. And a little giraffe fondant topper for the top!

Inspired by the fondant work by Paola's Creations, I set out to make my fondant giraffe. I've only done a few fondant toppers in the past (an elephant with balloon, a mustached baby, and "BABY" letters), so I was excited to be making a giraffe! 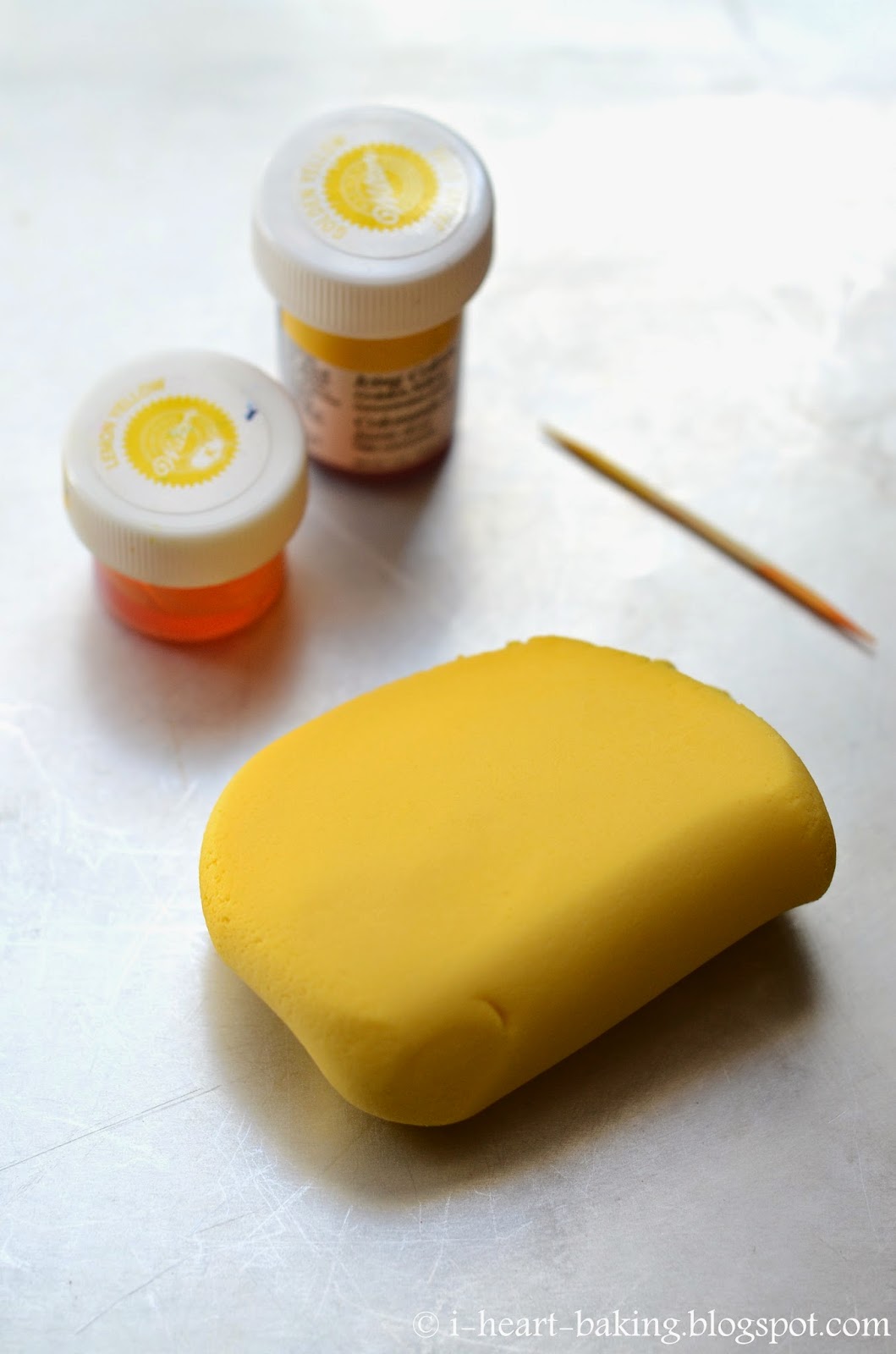 First I tinted my fondant with a combination of lemon yellow and golden yellow gel-based food coloring. After kneading the coloring into the fondant to get an even tone, I roughly formed the giraffe's pieces. 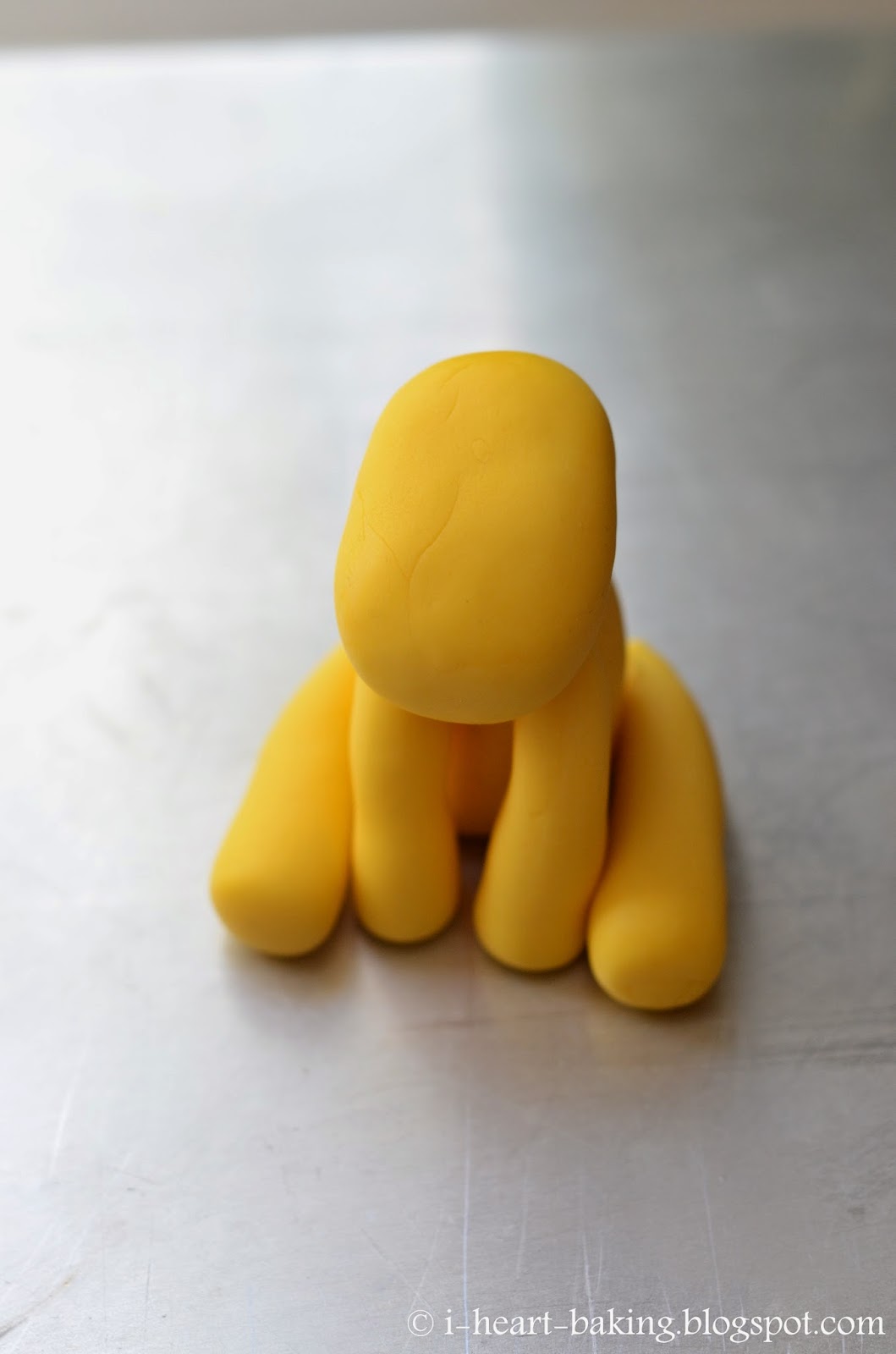 For the head, I made ears and added a light brown fondant for the muzzle, and dark brown tinted fondant for the little tuft of hair. Then I used an edible food marker to add his eyes and nostrils. 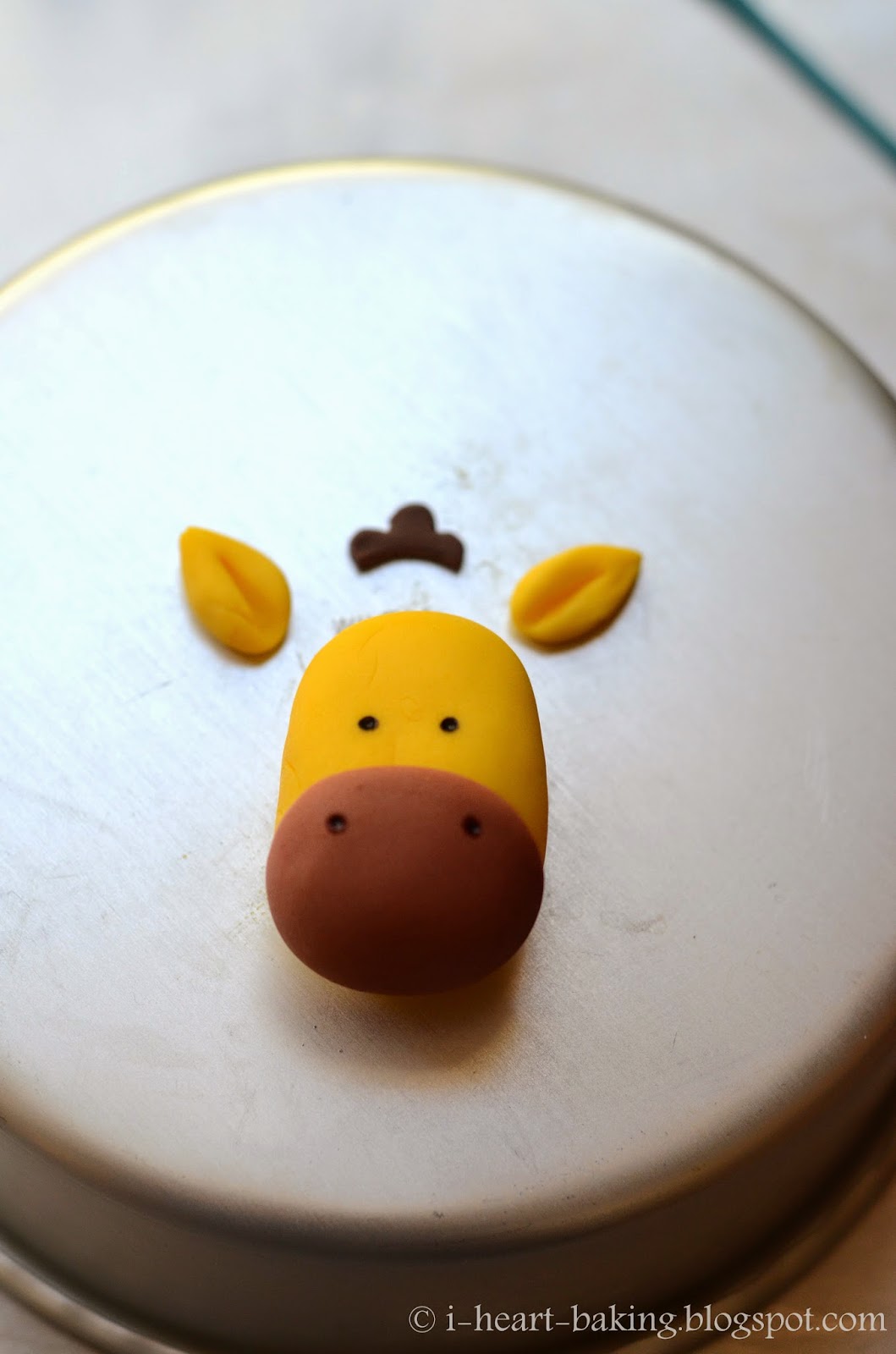 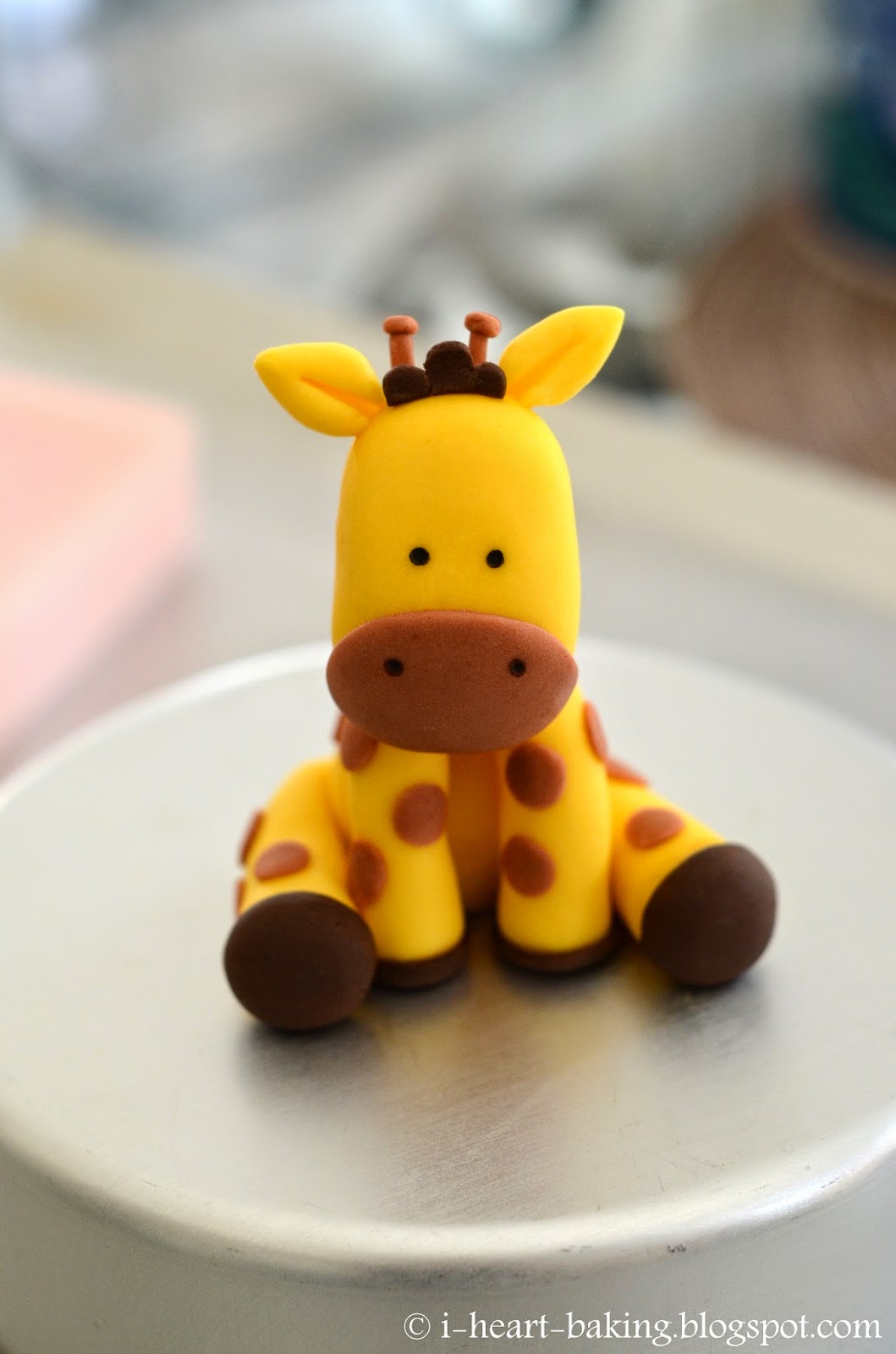 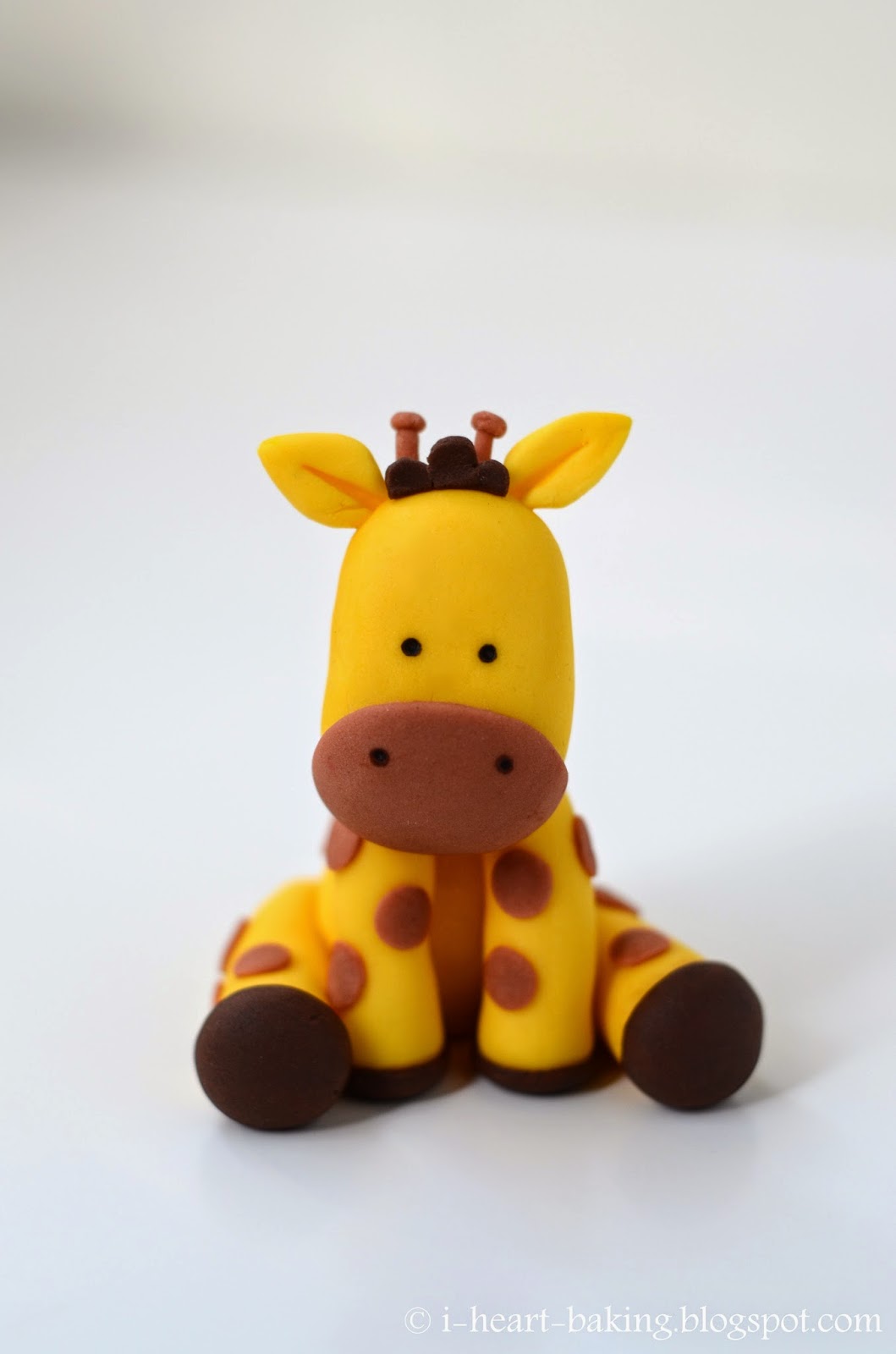 I also made some green fondant leaves for the giraffe to sit on, to add a little more color to the cake. 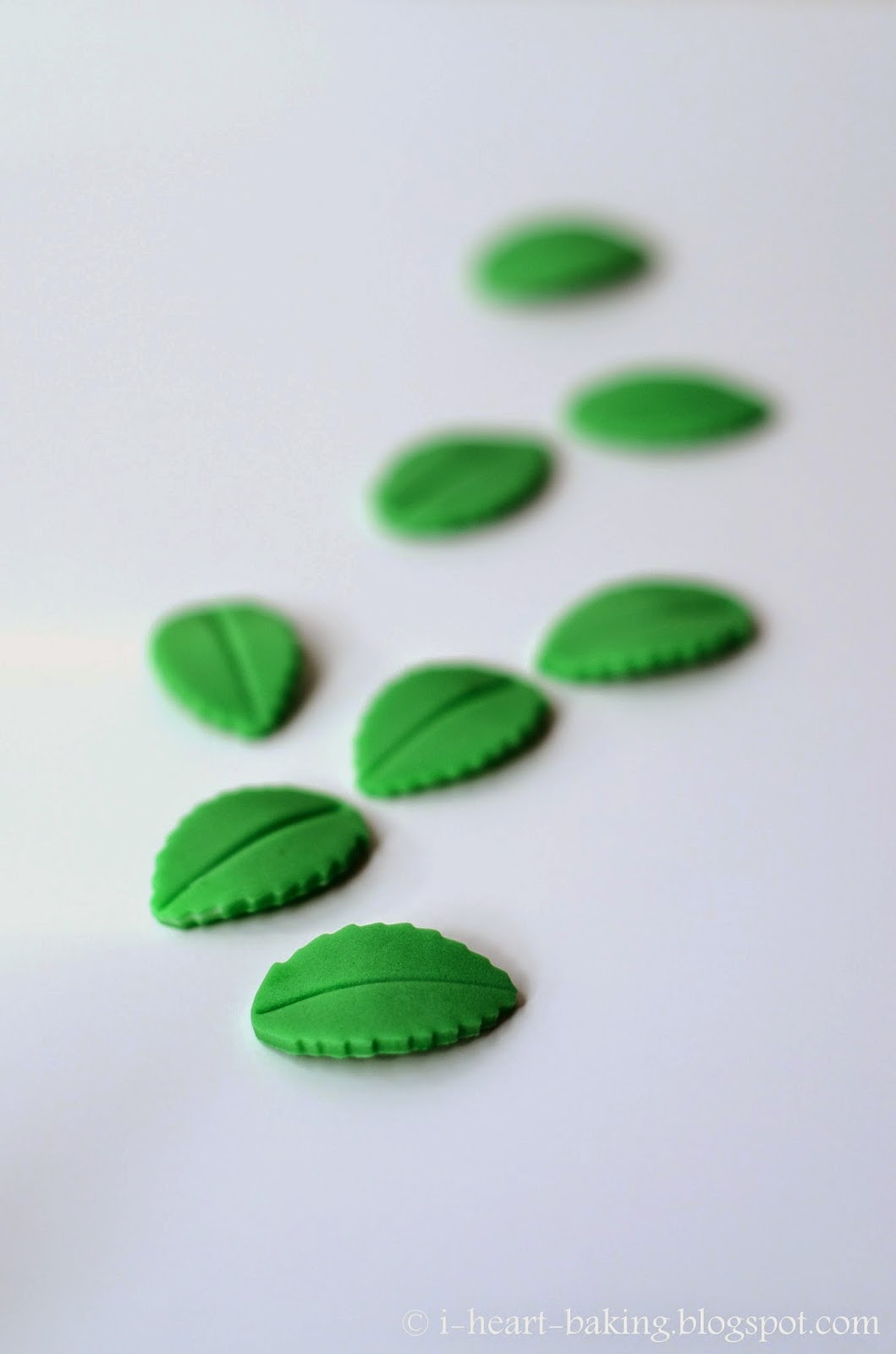 For the cake, we had decided on strawberry shortcake, so I baked up my go-to vanilla cake (recipe in my book, The Hello Kitty Baking Book!), cut each layer in half horizontally, and filled it with freshly whipped cream and sliced strawberries. 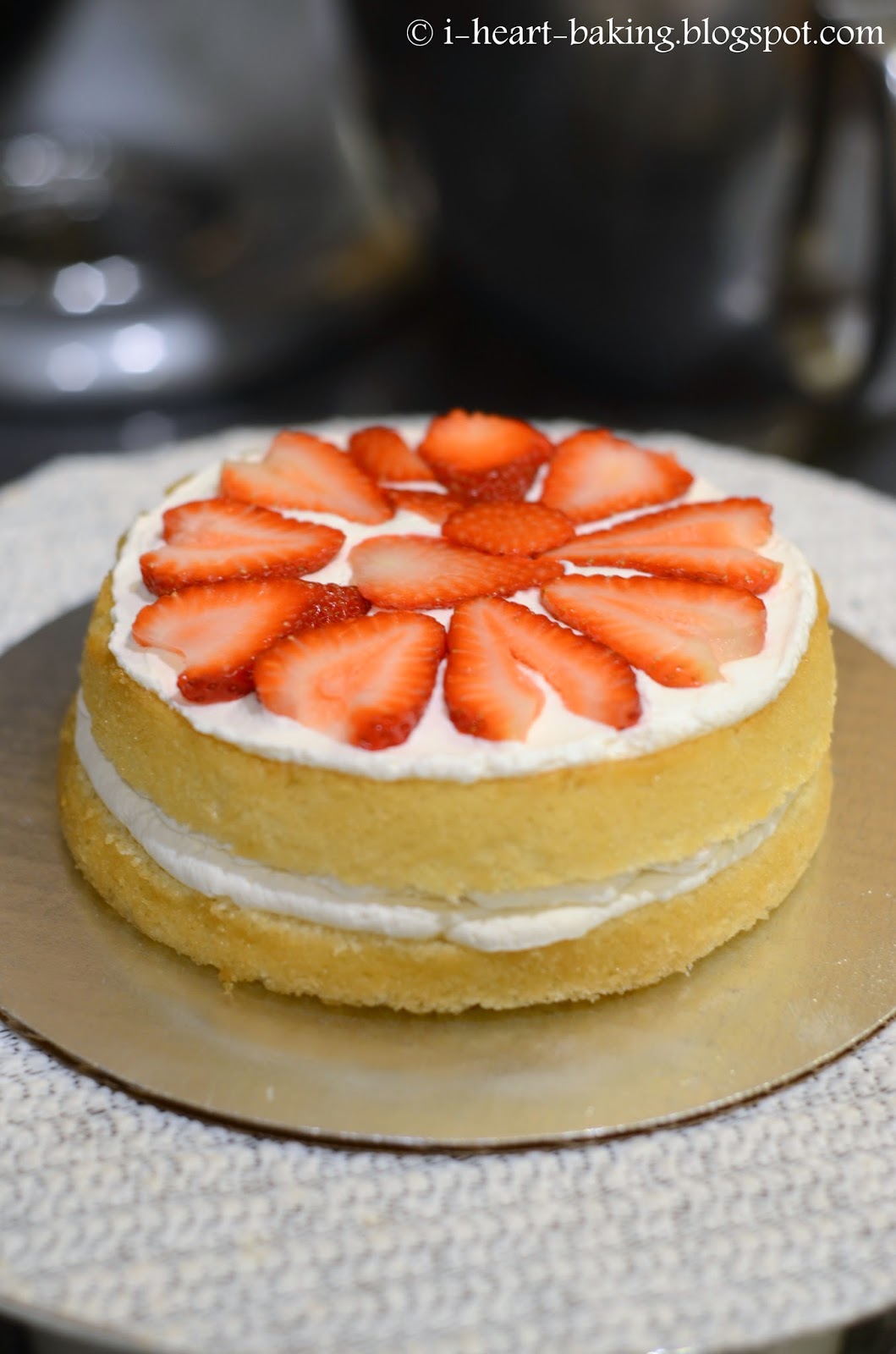 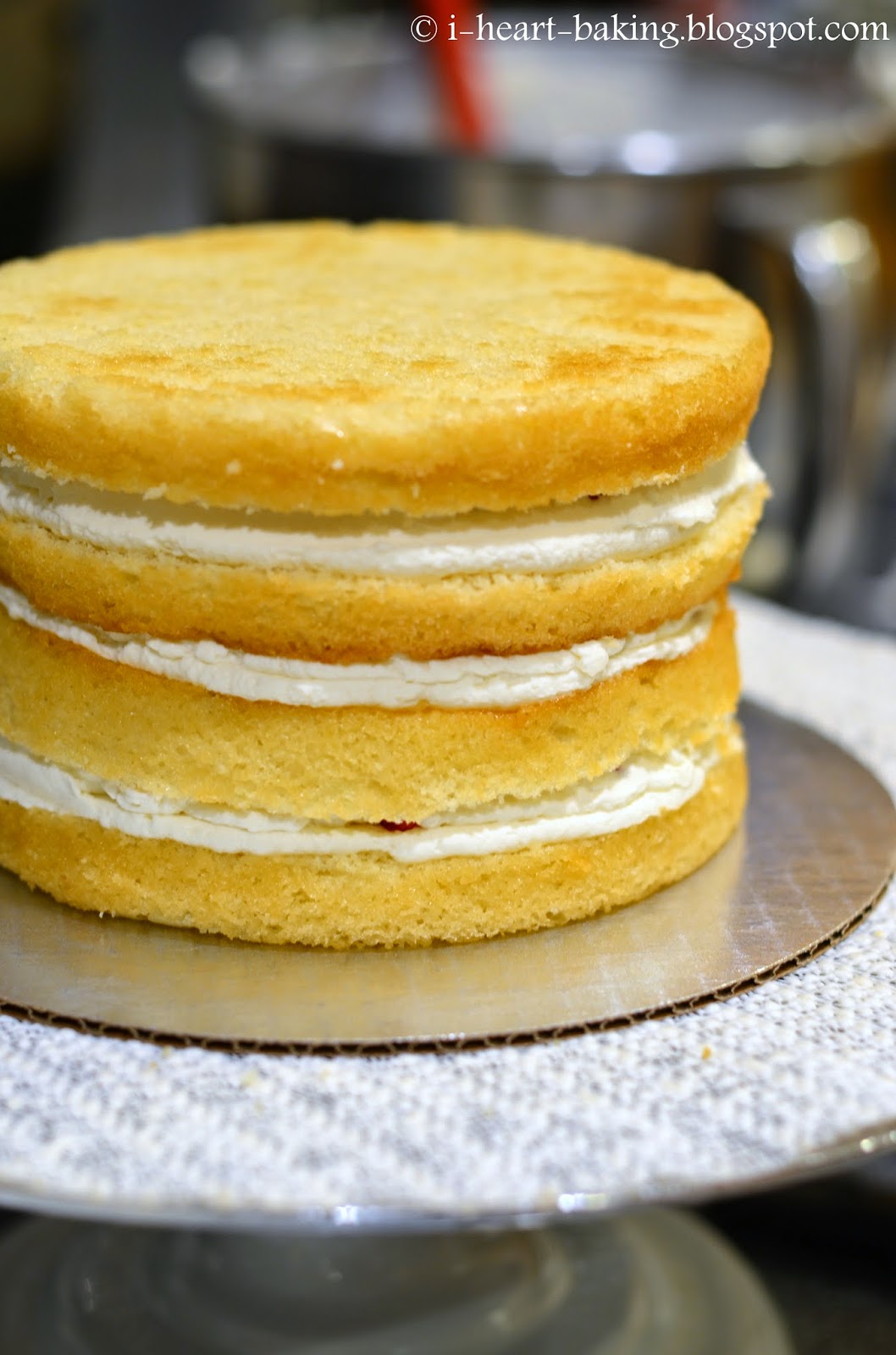 Then I made a batch of yellow buttercream and covered the top and sides of the cake with it. 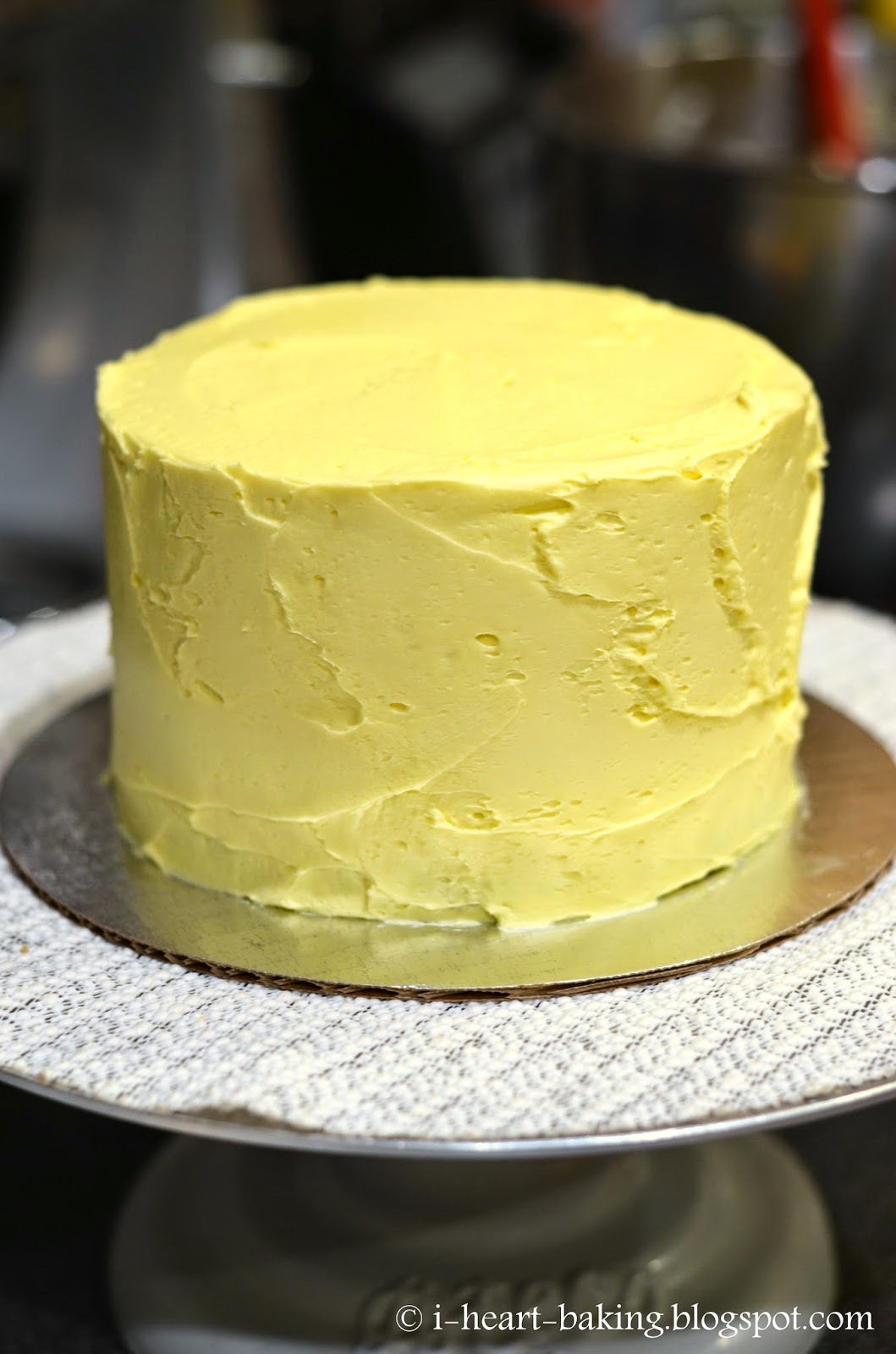 I smoothed out the frosting out with an offset spatula, and then piped a quick beaded border along the bottom with gray buttercream. 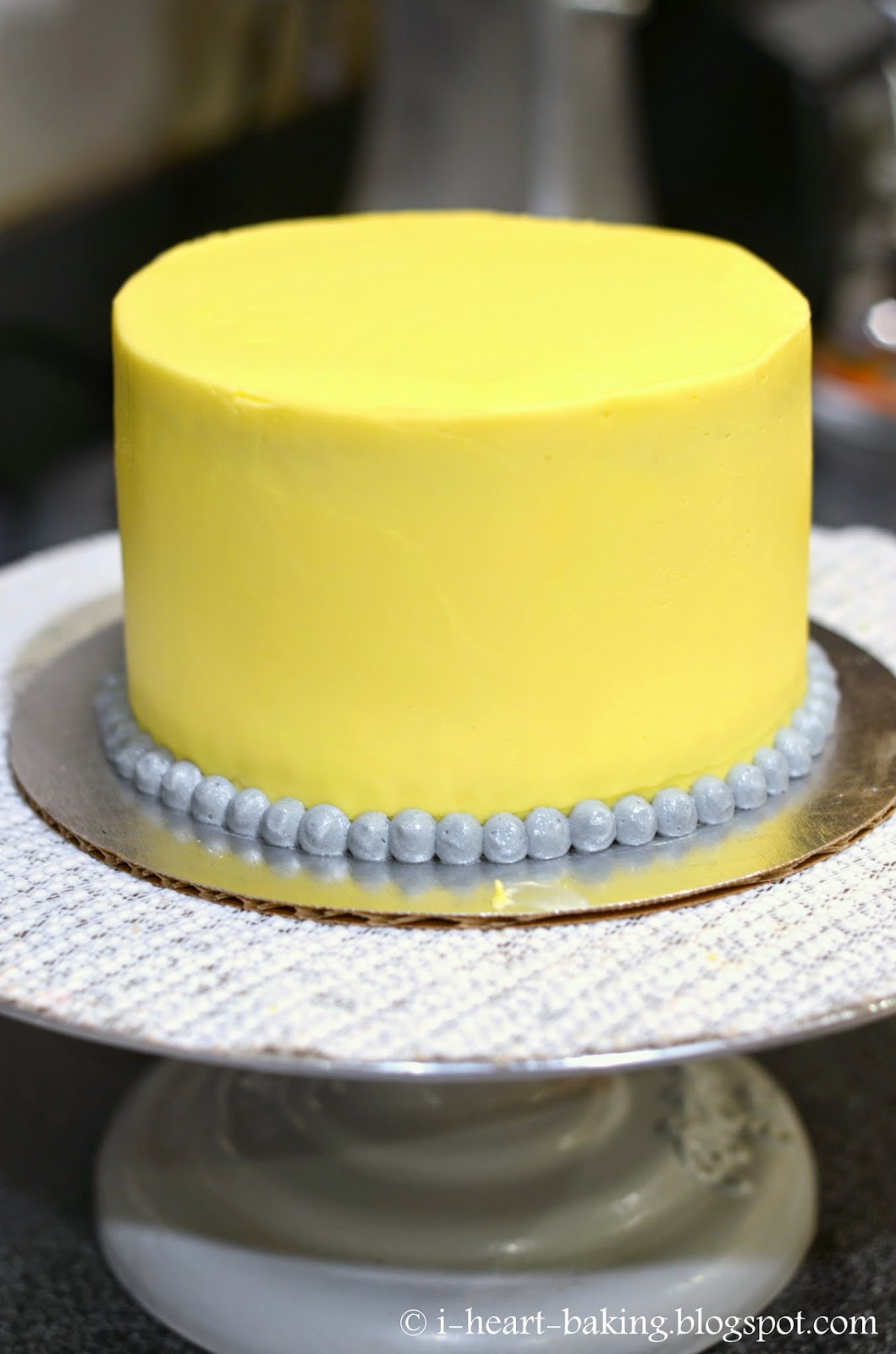 After adding lettering and securing the fondant giraffe with a bit of buttercream, I thought it was so cute as-is that I almost didn't want to add the fondant leaves! 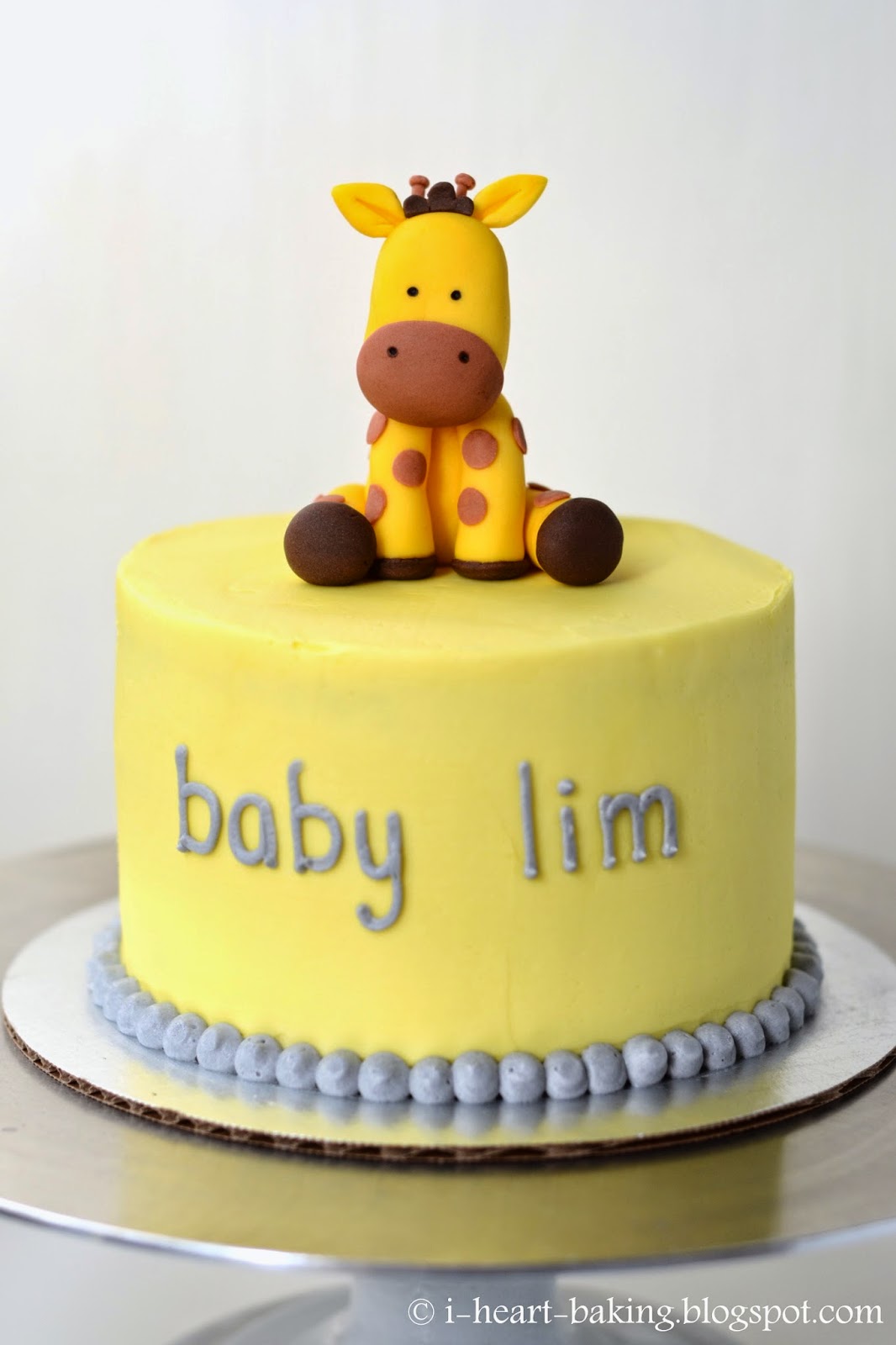 But in the end I added them anyway, for a pop of color. 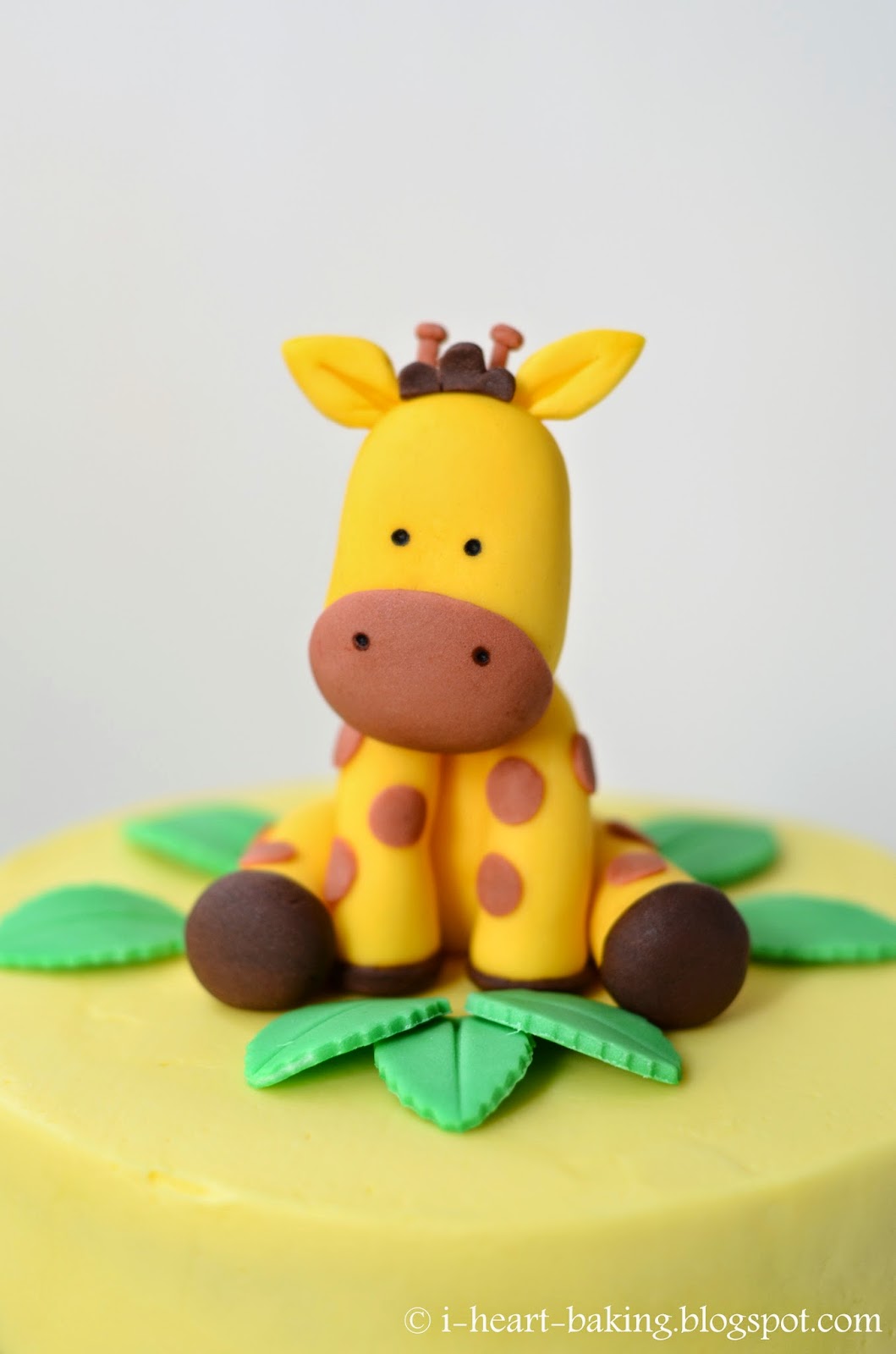 The best thing about making fondant toppers is that the recipient can keep it indefinitely! Just wipe the frosting off of the bottom, and you can keep it on a bookshelf or something, as long as it's not in the sun and in is a cool dry place. 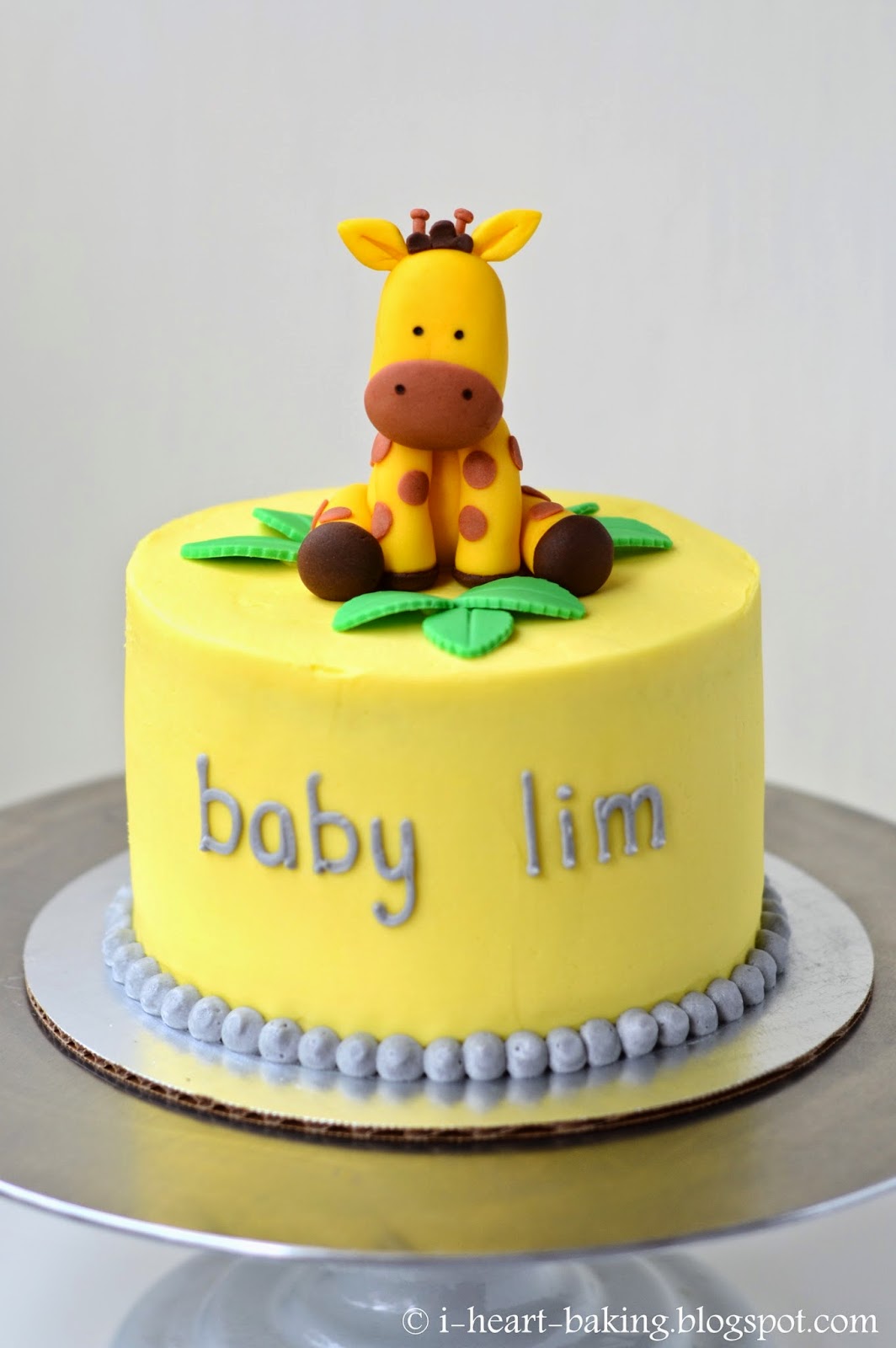 Hope you had a wonderful baby shower, CC and Ryan!
Posted by michele at 10:00 AM