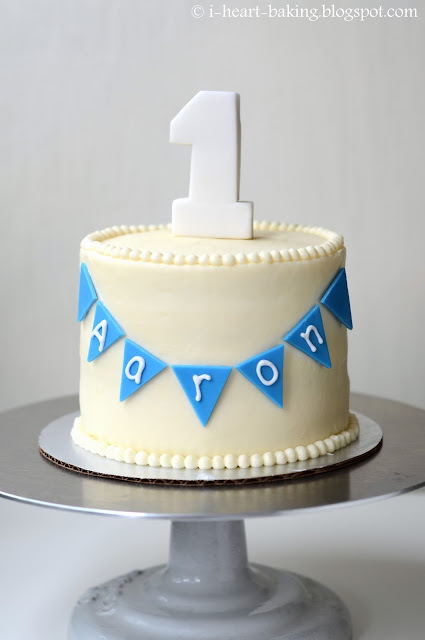 My friend Irene has a son named Aaron, who recently just turned one! For his first birthday party, Irene asked me to make a few goodies, one of which was a carrot-cake smash cake for baby! To decorate, we decided that I would make a fondant blue bunting with his name on it, along with a big fondant number "1" for the cake topper.

About week before the party, I started making the topper, so that it would have enough time to dry. I basically took a big hunk of white fondant, rolled it out to about 3/4" thick, and then cut the number "1" out with a paring knife. (I did it this way, instead of shaping it, because I wanted the nice sharp edges). 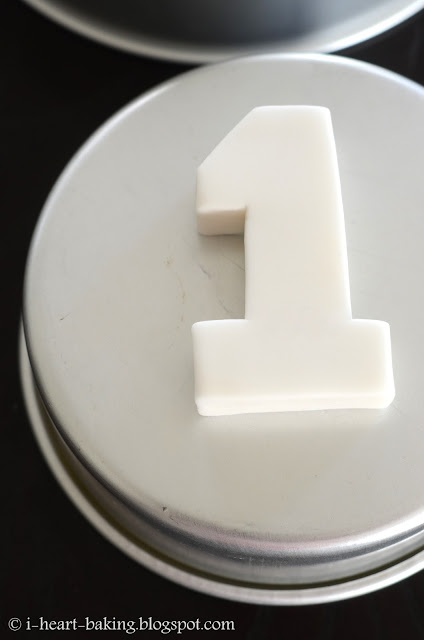 To help smooth the fondant out a bit, I used square-edge handle on a fork, along with some cornstarch to prevent sticking. 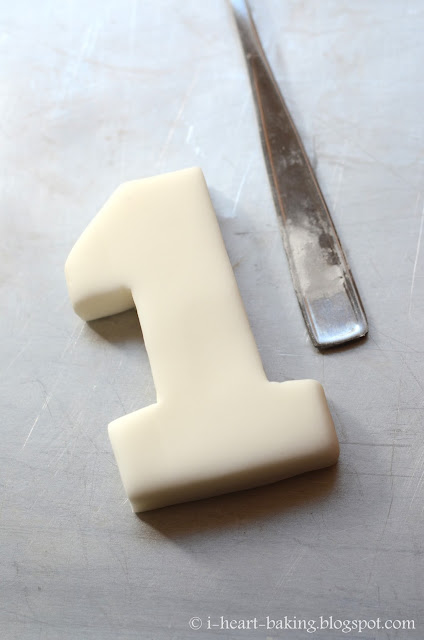 Next, I started on the blue fondant bunting. After tinting my fondant a pretty shade of blue, I rolled it out really thin, and then used a pizza wheel (and a ruler) to cut out my triangle shapes. Then I used white royal icing to pipe letters onto each triangle of fondant (not pictured). 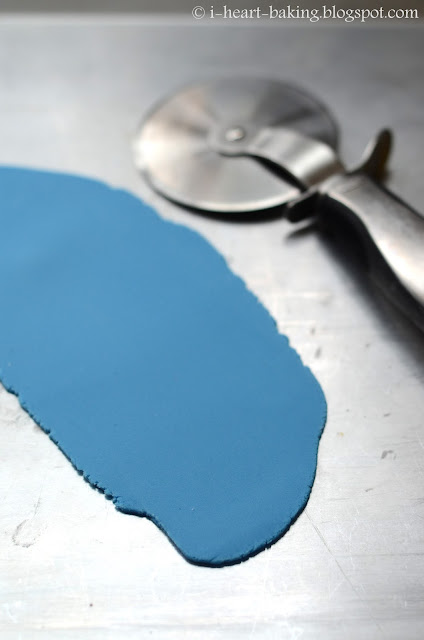 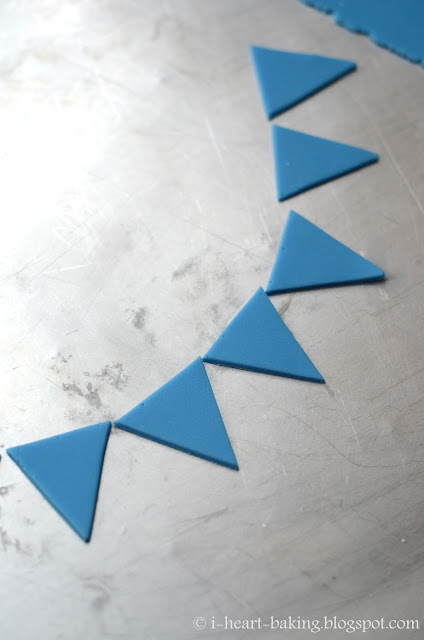 For the cake itself, I started on it two days before the party (I typically give myself one day to bake and cool the cakes, and then one day to frost and decorate). Irene wanted a cake without sugar in it, so I found this recipe from Natasha's Kitchen for an applesauce carrot cake. However I omitted the honey, and added a few squirts of agave instead, and I also made homemade applesauce instead of store-bought. 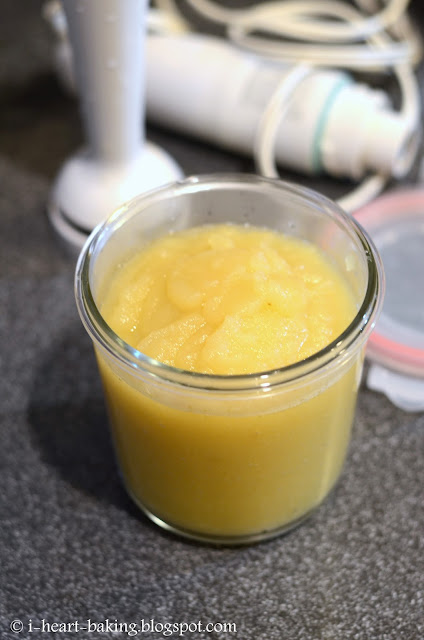 I also bought organic carrots to grate into the carrot cake (only the best for baby!). 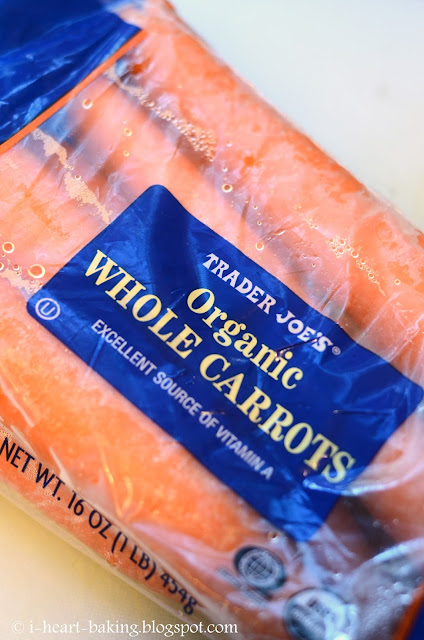 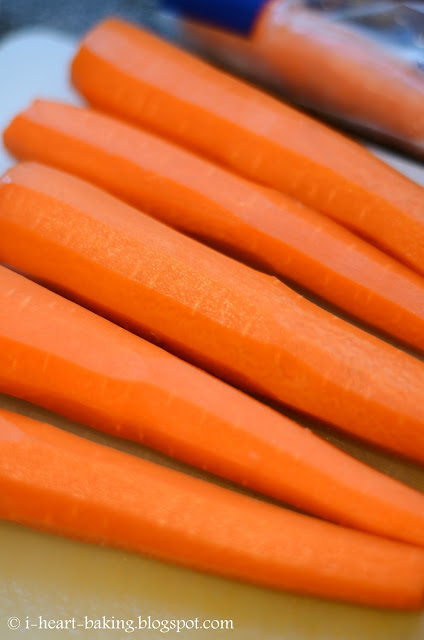 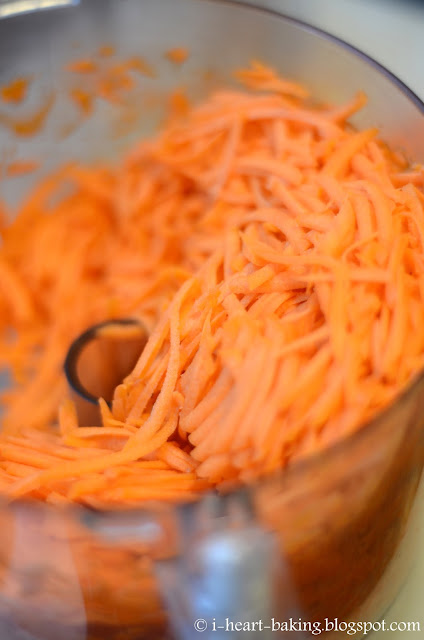 I baked the cakes in four 6-inch round cake pans, and let them cool before filling and stacking them with freshly whipped cream. 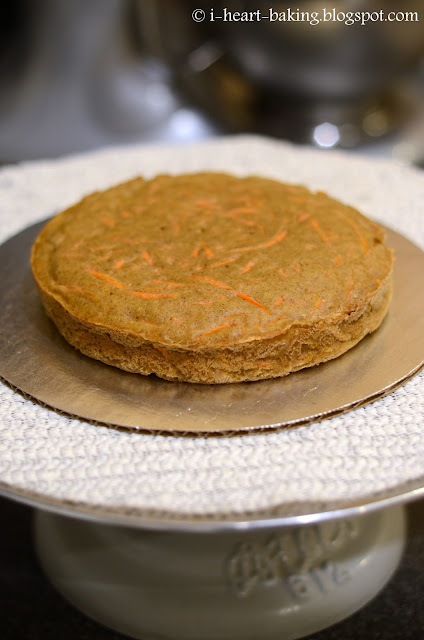 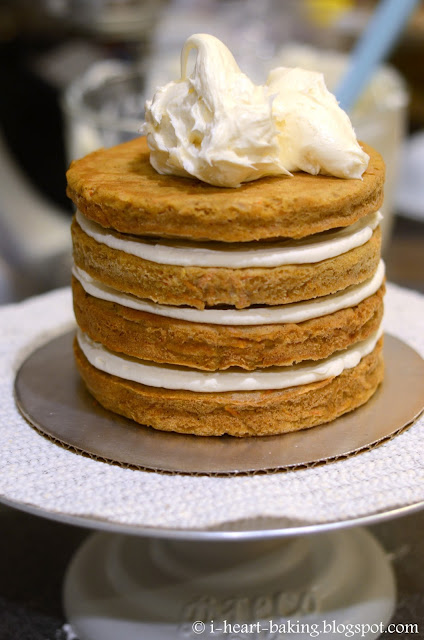 Then I covered the tops and sides with cream cheese buttercream (crumb coat, chilled for 30 minutes, and then then final coat). 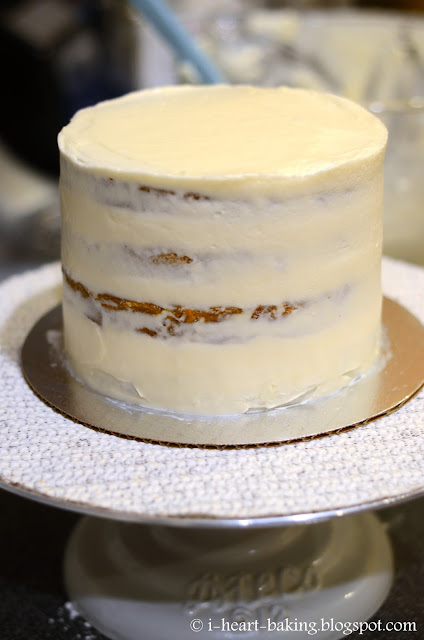 To finish off the cake, I used a Wilton #7 tip to pipe little beads of frosting along the top and bottom of the cake. 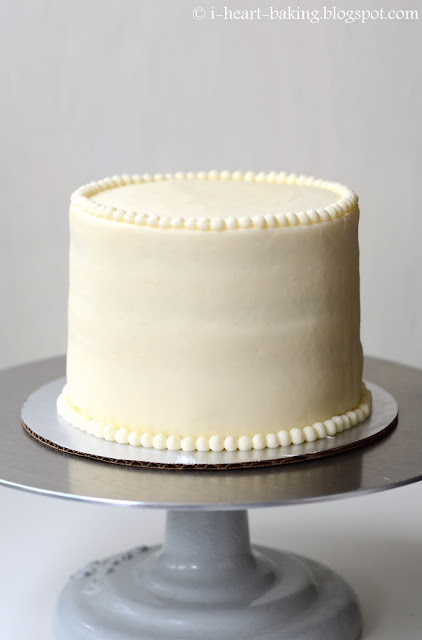 To secure each bunting triangle, I piped a small dot of frosting on the back of the triangle, before placing it on the cake. 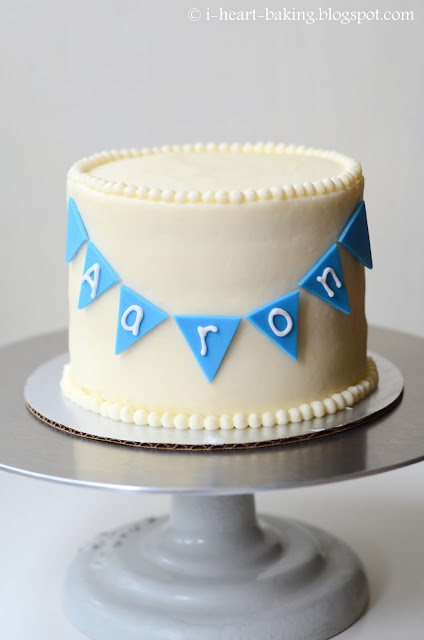 And the final touch - the big fondant number "1"! 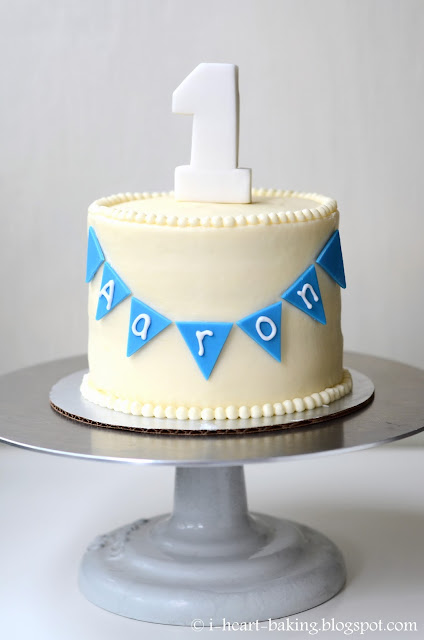 In the next few posts I'll have more on the rest of the goodies that I made, but in the meantime here's a picture of the birthday boy as he investigates his cake! He's SO cute!!!