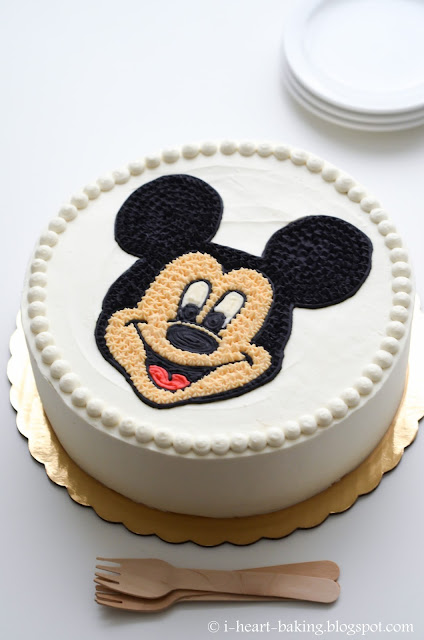 In addition to the kids Mickey Mouse cake with handmade fondant topper for Marni's 2nd birthday party, I also made this 10-inch cake with Micky's face piped on top! This time we decided on a coffee chiffon cake, since it would be for the adults!

Normally I would bake two 10-inch cakes and then cut them in half horizontally to create four layers of cake, but this time I was making chiffon cake, which is really light and airy and too delicate to cut in half horizontally for assembling. So instead I baked four separate not-as-tall cakes, which I then filled with espresso whipped cream. 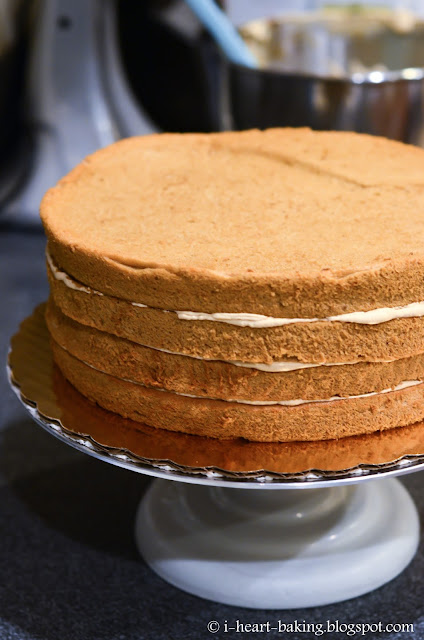 I decided to also cover the cake with whipped cream as well, since I didn't think the chiffon cake could handle a heavy dose of buttercream. 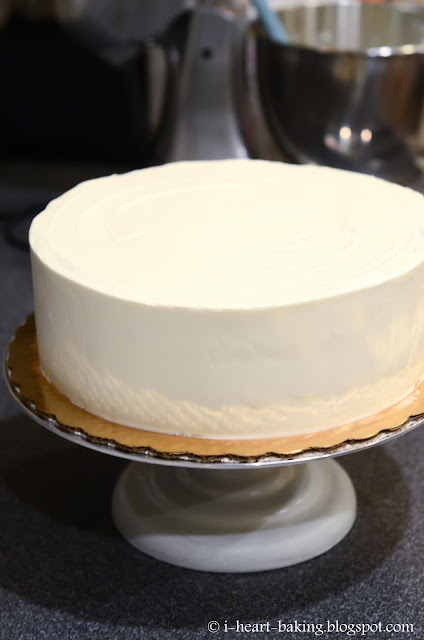 After smoothing out the top and sides of the cake, I piped a simple beaded border around the top of the cake. 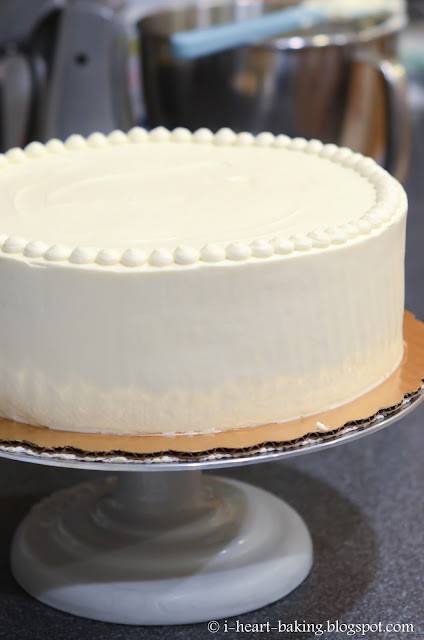 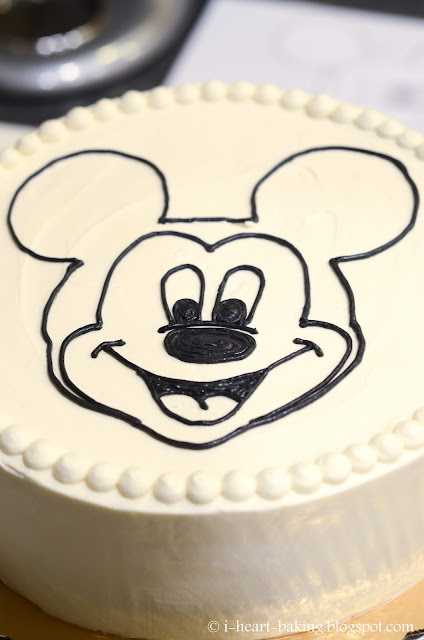 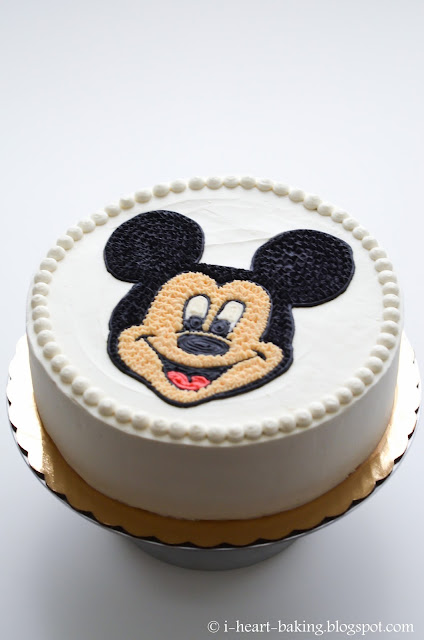 And then it was done! Simple, clean, and cute - just the kind of cake I love to make! 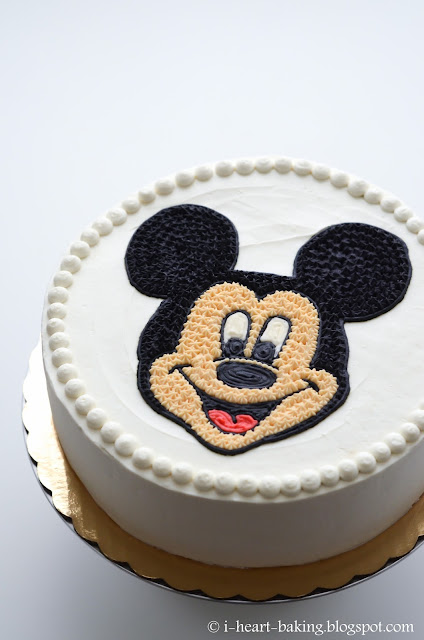 I thought the two cakes looked great together on the cake table, and with the homemade oreos as well! And Helen did such a good job with the decorations! 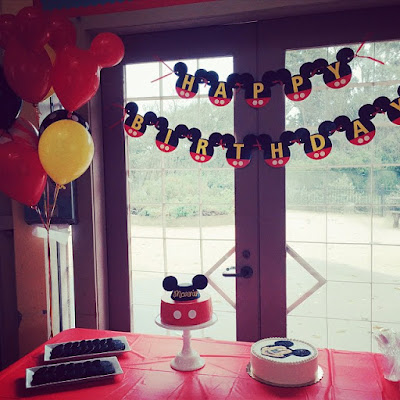 Funny story, when it was time to cut the cake, Helen and I realized that neither of us had brought a cake knife!!! Or any knives for that matter, not even plastic knives! So (to my horror) I ended up cutting the cakes with wooden coffee stirrers. But while the slices were super messy, people still asked for seconding helpings, so (I think) at least it tasted great! And that makes me happy! 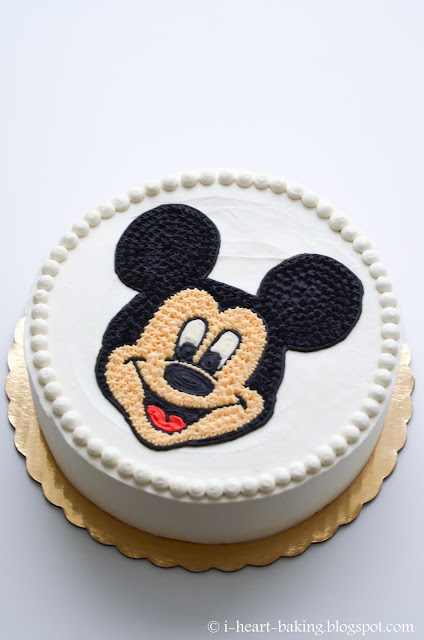