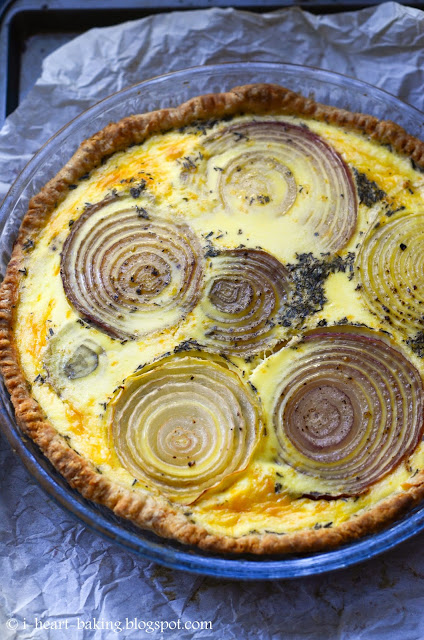 Last November, I was invited to a Chantal Guillon macaron party hosted by my friend Anita from Dessert First. It was such a fun party! We got to drink champagne, eat macarons all night, and we were even invited into the kitchen to fill and decorate macarons as well! 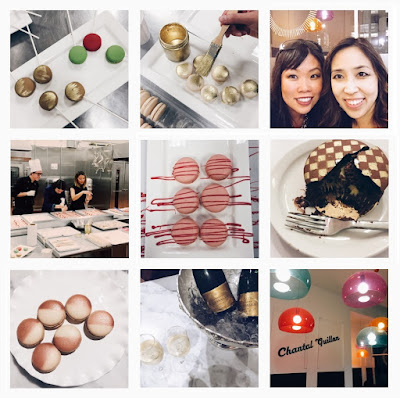 While I was there I met a few fellow food bloggers, which led to following a few new people on Instagram as well, including Brenda from Bites and Bourbon. Fast forward several months, and I happened to see a beautiful roasted onion tart on Brenda's Instagram feed, which I instantly knew that I HAD to make! 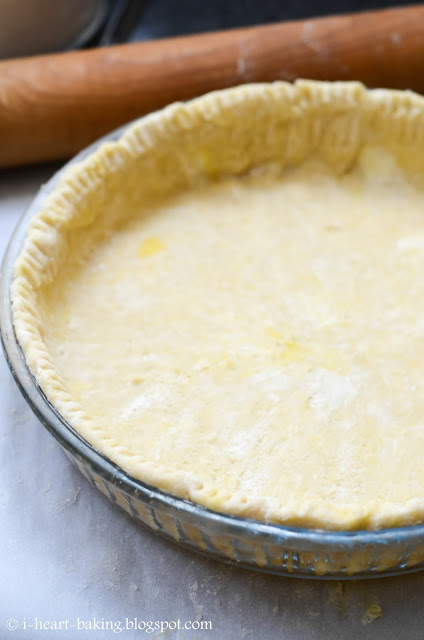 In her post, Brenda mentioned that the recipe was from Edible Cleveland, so I looked it up and found it here! It starts with pie crust, fitted into a 9-inch pie pan and then blind baked at 375F for 20-25 minutes.

For the onions, I chose a yellow onion as well as a purple one, so that the color would stand out and make the tart pretty. The onions are first roasted before being added to the tart, to give it a nice caramelized onion flavor. After being drizzled with olive oil and sprinkled with salt and pepper, they were roasted on the top rack of the oven while the pie crust baked on the bottom rack. 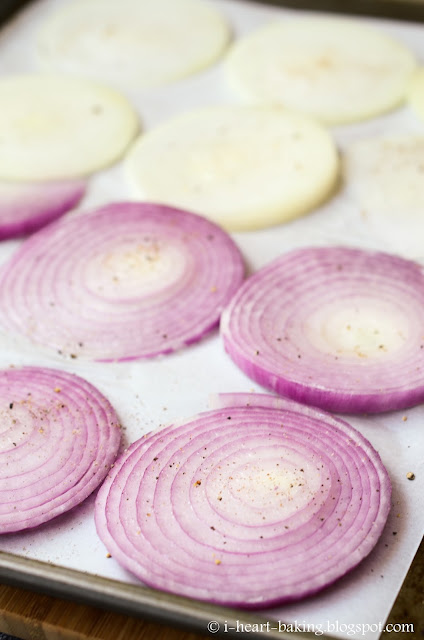 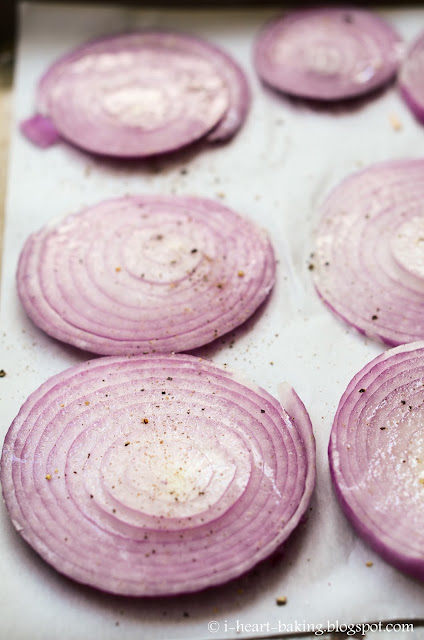 In the meantime, I made the filling, which was so simple! Eggs, thyme, milk, and salt. And cheese of course! 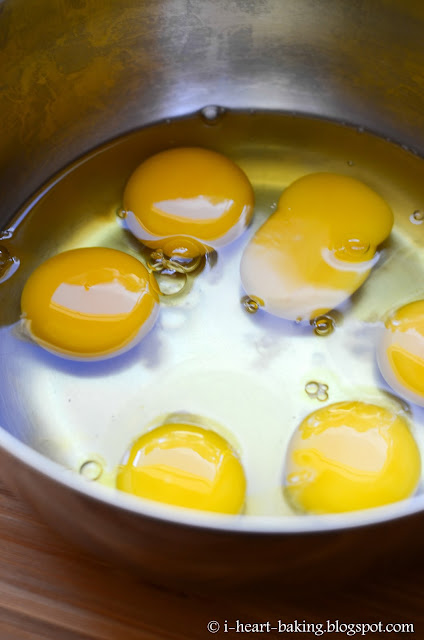 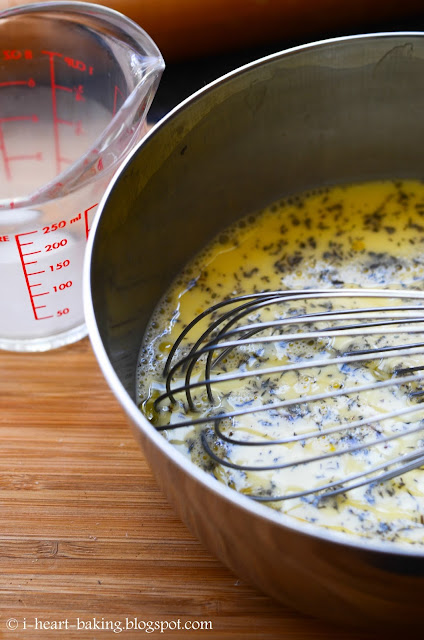 Once the pie crust was baked and cooled slighly, I added the filling... 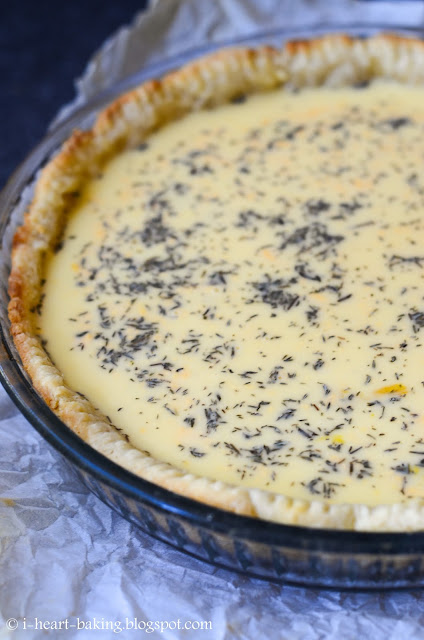 ... and carefully decorated the top with the beautiful roasted onion slices. Who knew onion slices could make such a pretty pattern! 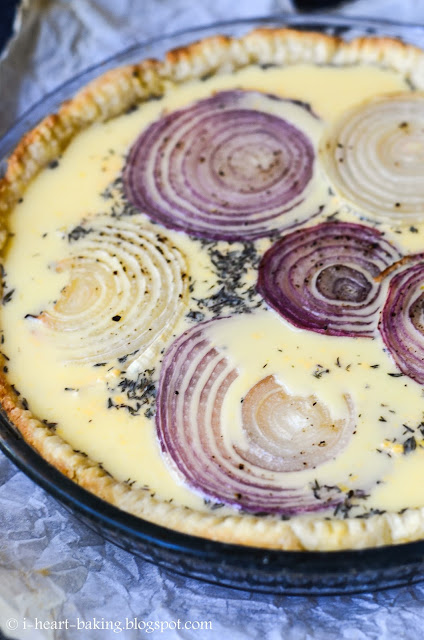 Then the whole thing went back in the oven for 45-50 minutes until the filling set. 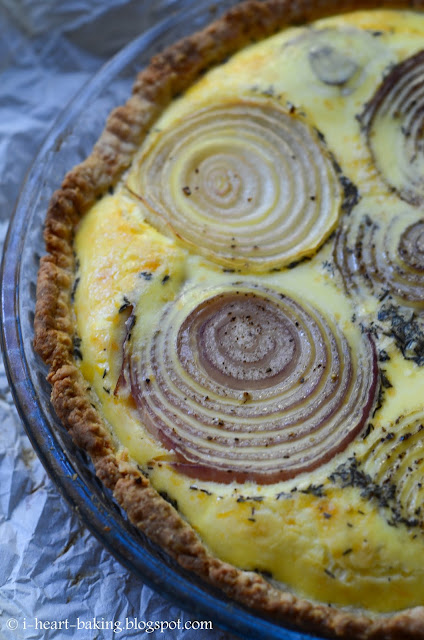 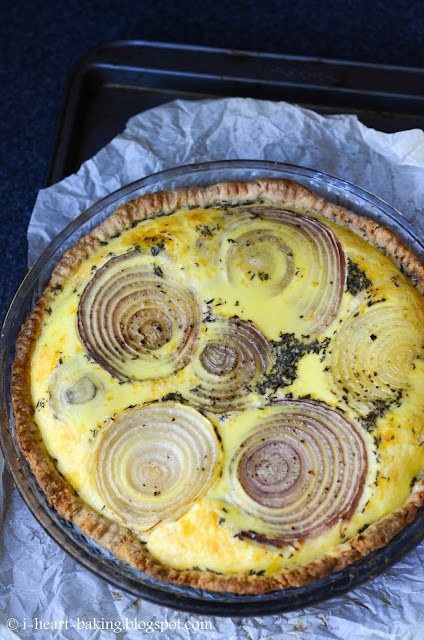 I must say, this tart was delicious!!! It would be perfect for breakfast/brunch, lunch, or even dinner (which is when we ate it!). Or even just as a snack. :) 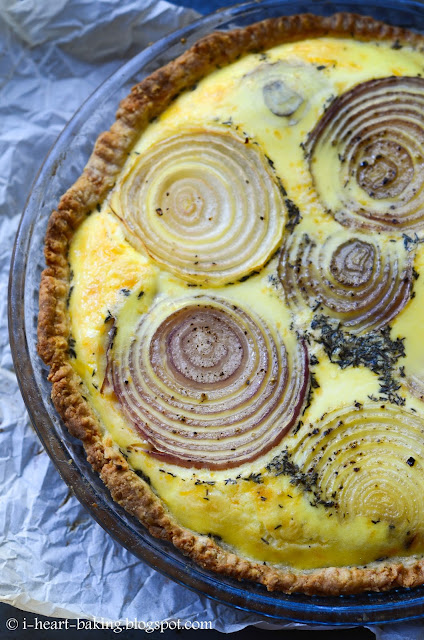 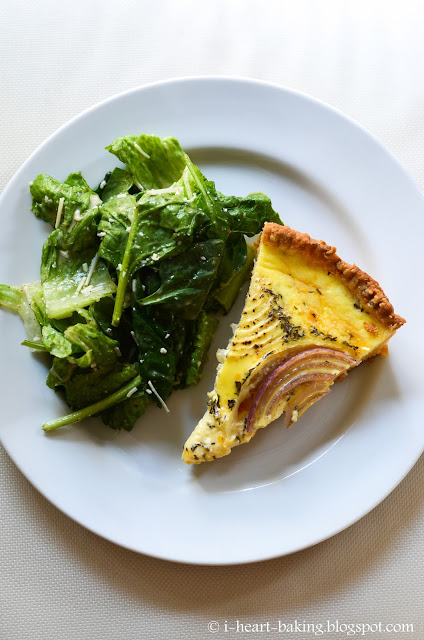 Thanks for introducing me to this recipe, Brenda! 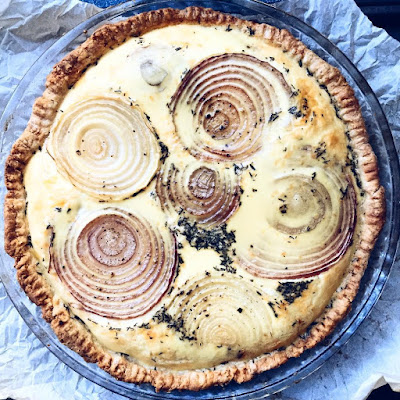 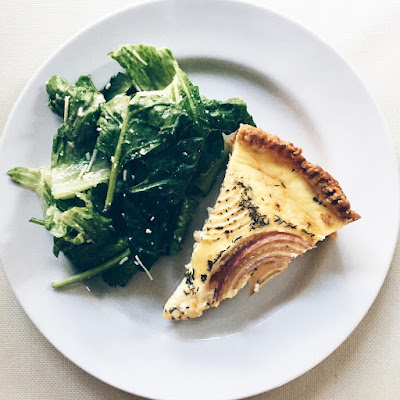